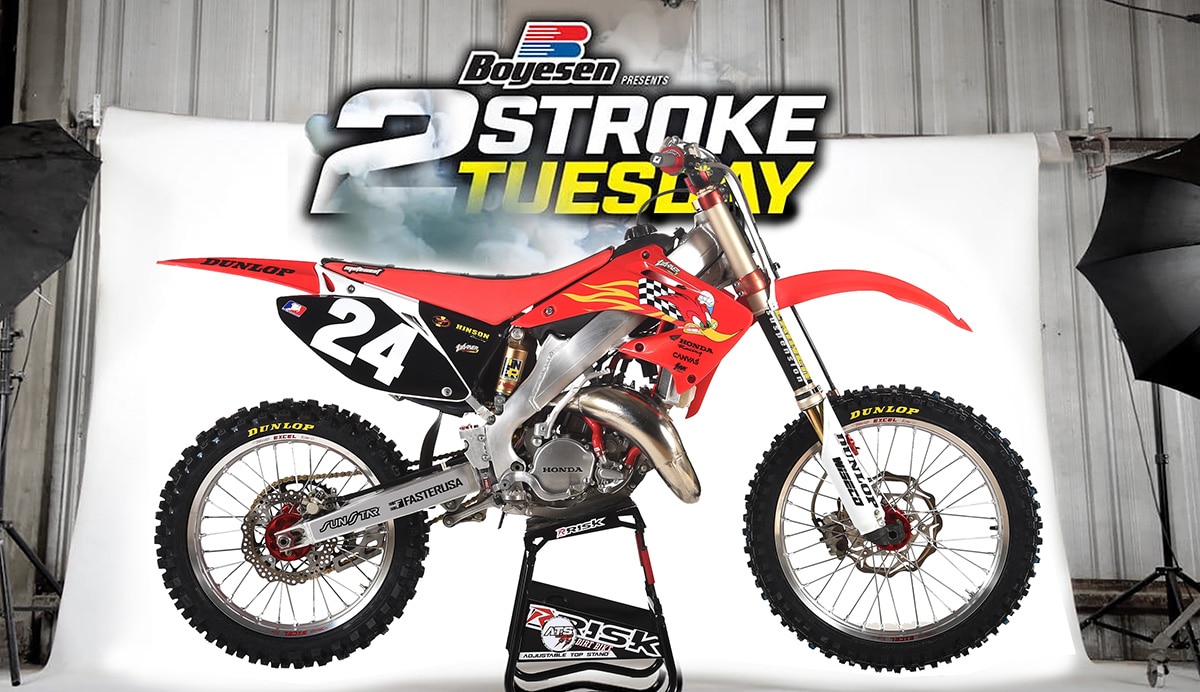 On this week’s Two-Stroke Tuesday we give you a look at long time test rider and the man behind Canvas MX Michael Leib’s Ernesto Fonseca CR125R tribute project for this years Red Bull Straight Rhythm. We have new products from Dubya USA and Pro Circuit featured in the 2-Stroke Hardware section and check 2-Stroke Theater to see Leib in action on his CR125 project. Pay close attention to his gear! If you’re a fan of small-bore two-strokes don’t miss the exclusive link to our CR125 restyle build with Decal Works at the bottom of this post. 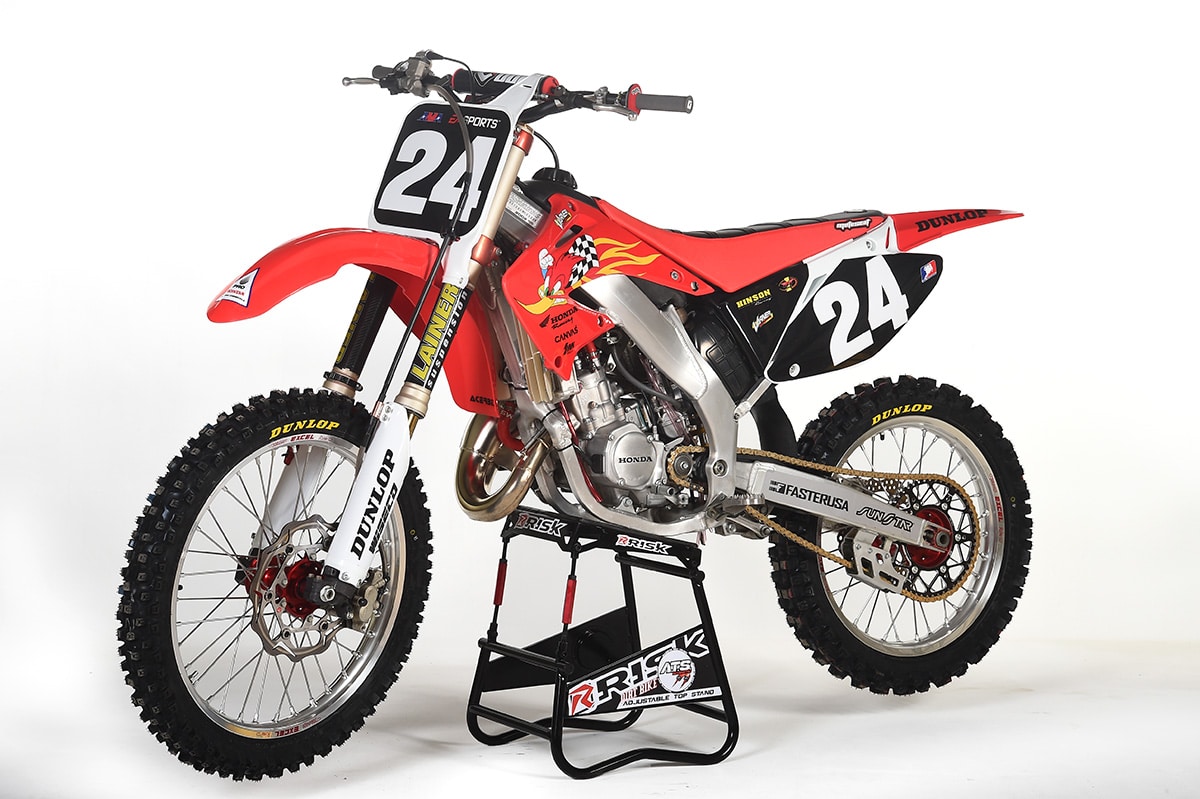 This is a 2002 Honda CR125R is owned by Race So Cal owner Stephen Heighton and had been sitting in his garage for a few years collecting dust. Michael and Stephen were having sushi a few weeks before the event and after a few rounds of Sake decided building a bike for Michael to race would be a great idea. Phone calls were made and and the rest is history. The crew at Lainer Suspension and Terry Varner were a huge part of this build. 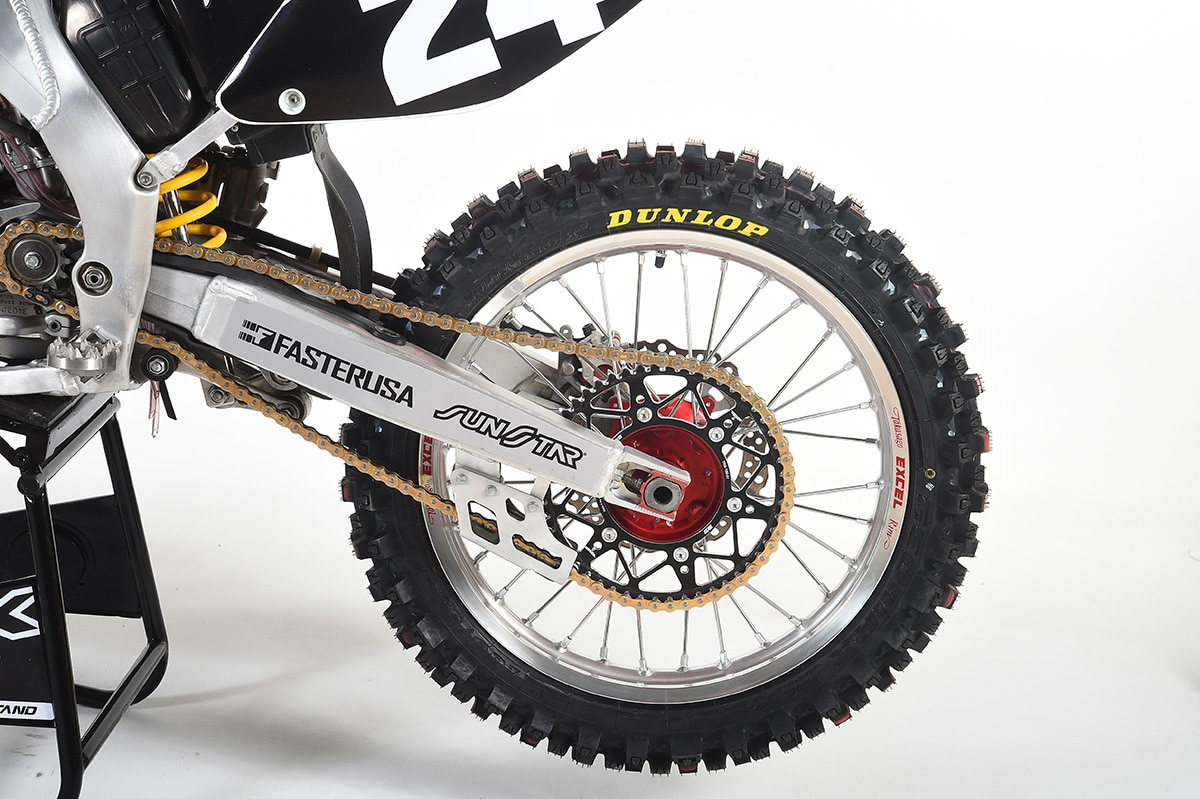 Faster USA built a set of wheels using their CNC machined hubs anodized red like the factory bikes of that year, stainless steel spokes and silver Excel rims. A sunstar drive train helped get all the power to the new Dunlop MX53 rear tire. 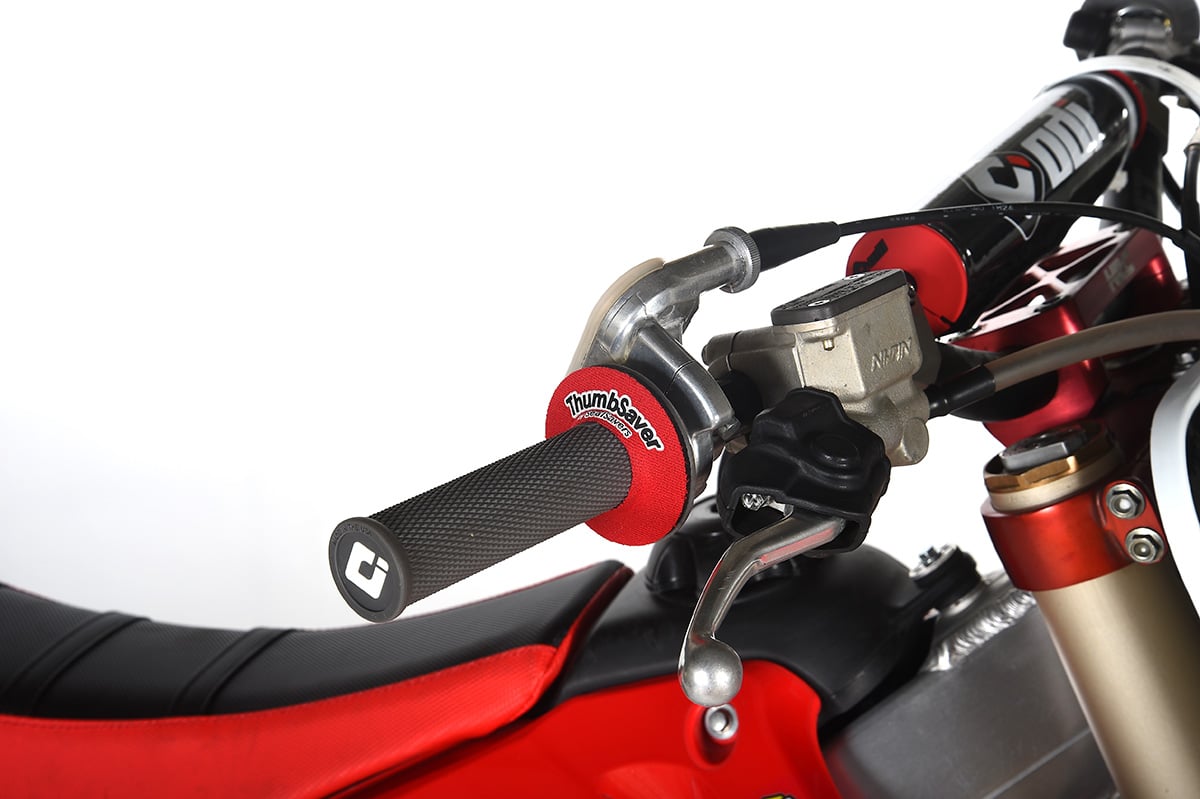 ODI CFT handlebars, lock-on grips and a Thumb Saver are a must for Michael. 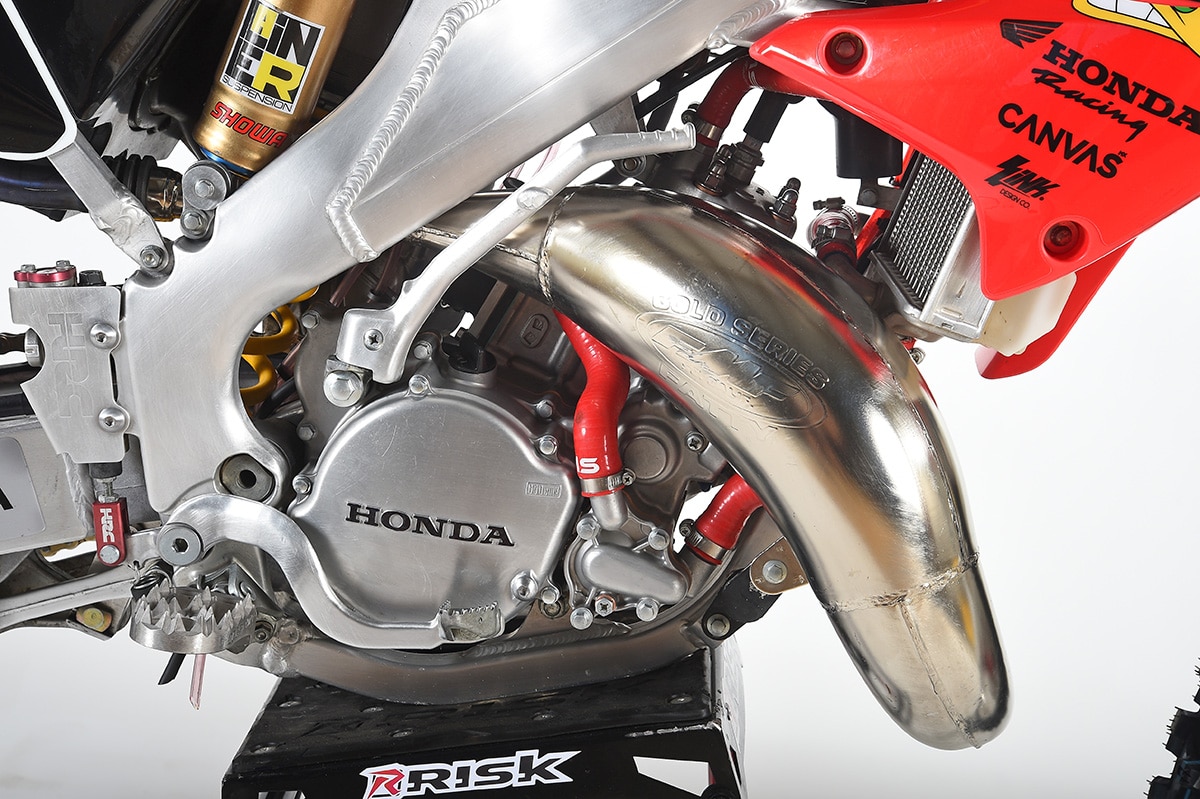 The Honda team used a Pro Circuit pipe but Michael said with all the mods on this machine the FMF pipe and silencer combo had better performance.  Check out those IMS Core pegs, the MX versions look gnarly. 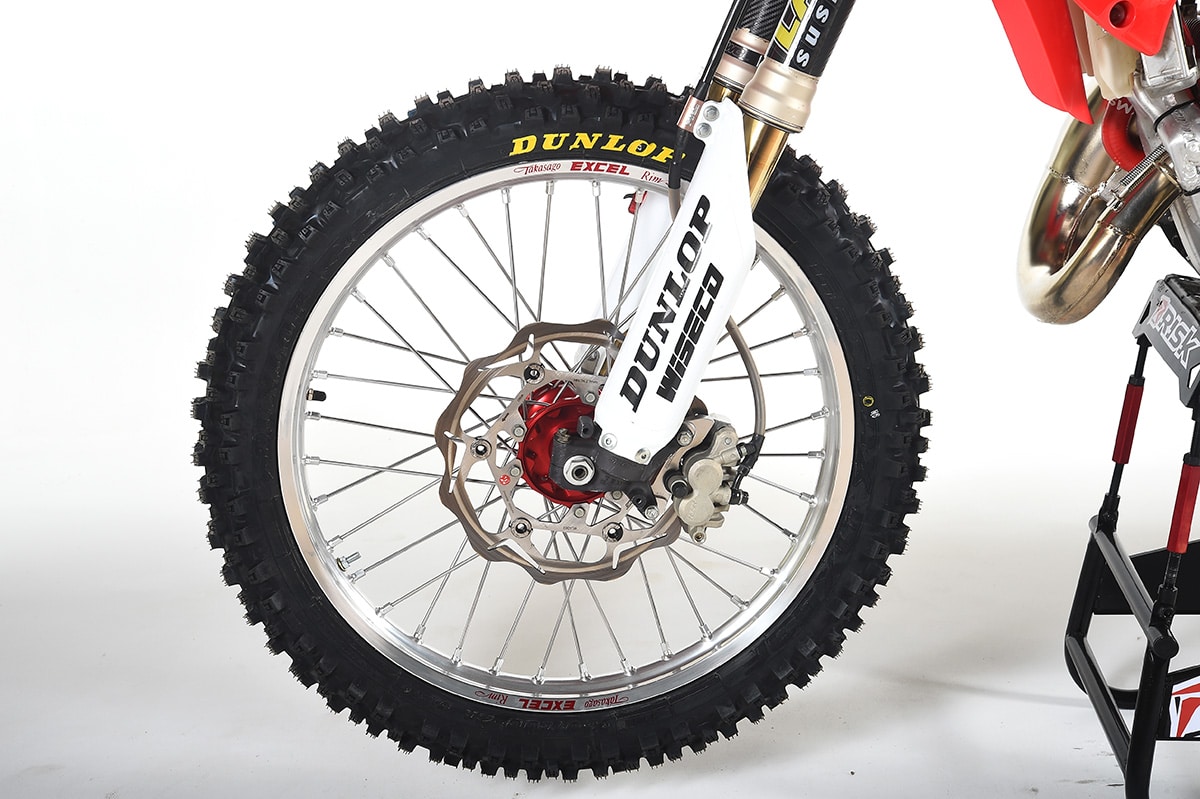 Here is a little history lesson from long time Dirt Bike Magazine head honcho Ron Lawson “Fonseca won the 2001 250 East championship for Yamaha of Troy on the then-new YZ250F. He won every round. He moved to factory Honda for 2002. He had pointed out of the 250 supercross class (I think) so he would have to ride the CR250R in Supercross. That year Nate Ramsey was Honda’s man on the CRF450R. Ernesto could still ride the Lites class outdoors, but Honda didn’thave a 250F, and he had to ride the CR125R. It was the last official factory 125 from Honda’s race shop.” Now this bike is not a replica, it’s a Tribute to the machine that Ernesto raced. We wouldn’t mind getting our hands on all those factory parts though. 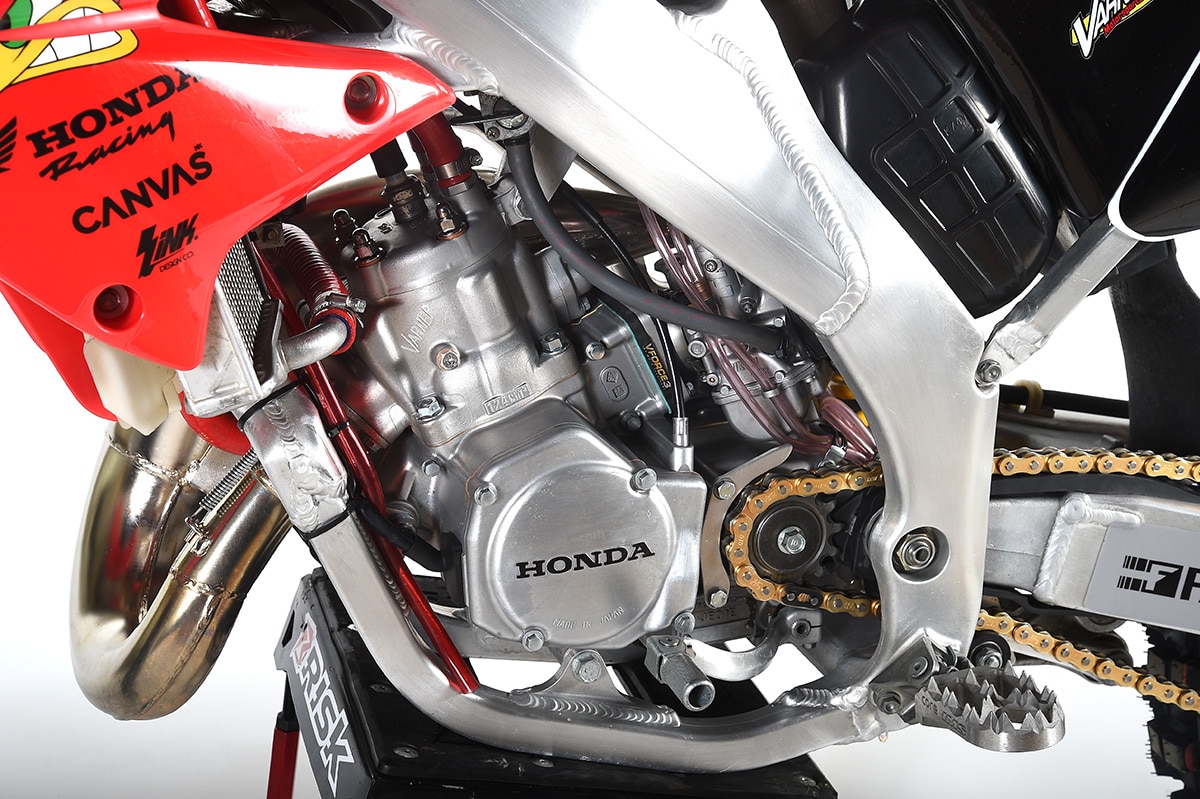 The bike barely ran before handing it over to legendary engine builder Terry Varner.  Terry worked his magic on the cylinder bored out the carburetor, it’s now 56mm, installed a MotoTassinari Vforce reed cage and jetted it to run race gas. 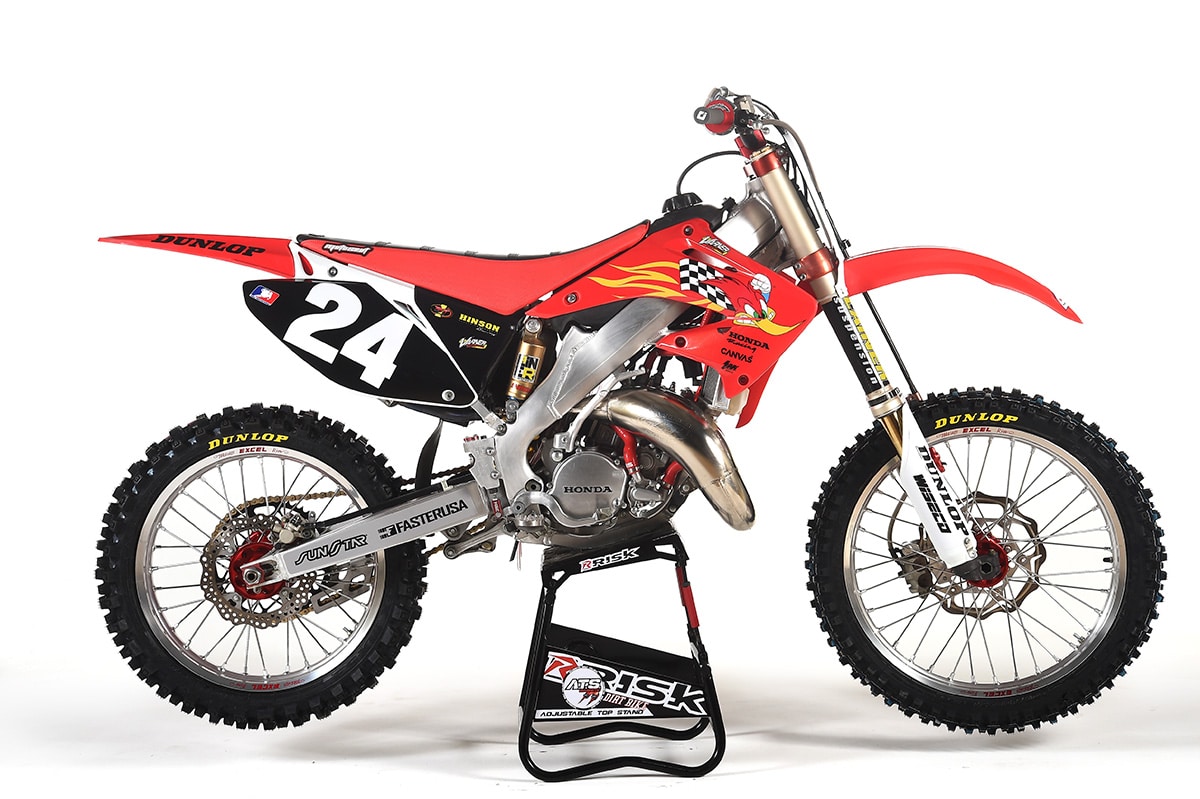 From the garage collecting dust to second overall in the 125cc class at the 2019 Red Bull Straight Rhythm against some of the best riders in the world! We hope Michael and Stephan have more sushi dinners together in the future. 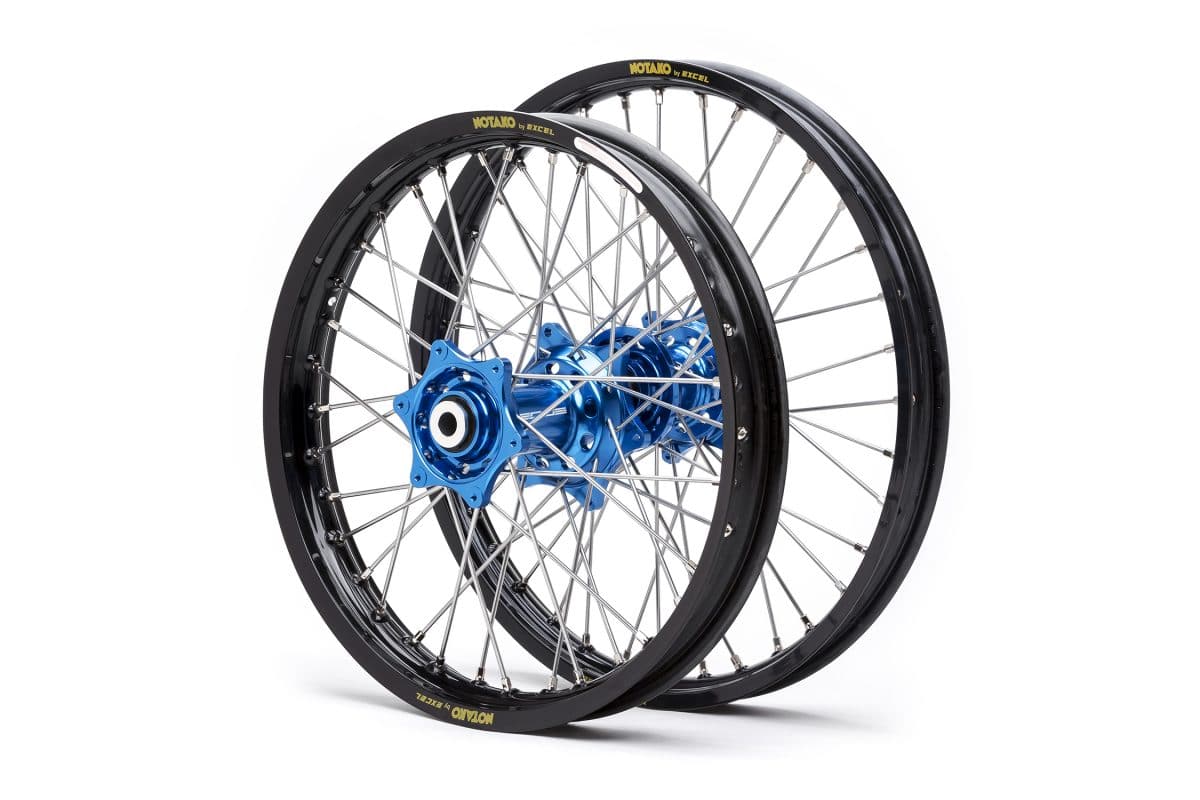 Each Edge wheel set centers around the highly durable forged aluminum Edge hub, which are offered in factory colors of blue, red, green, and orange. The hubs are laced to your choice of black or silver Excel Notako rims using stainless steel Bulldog spokes and nickel plated steel nipples. Each wheel is pre-assembled in Dubya USA’s southern California facility by the same technicians who assemble all of Dubya’s top professional rider and team wheels.
Contact: www.dubyausa.com or call 714-279-0200 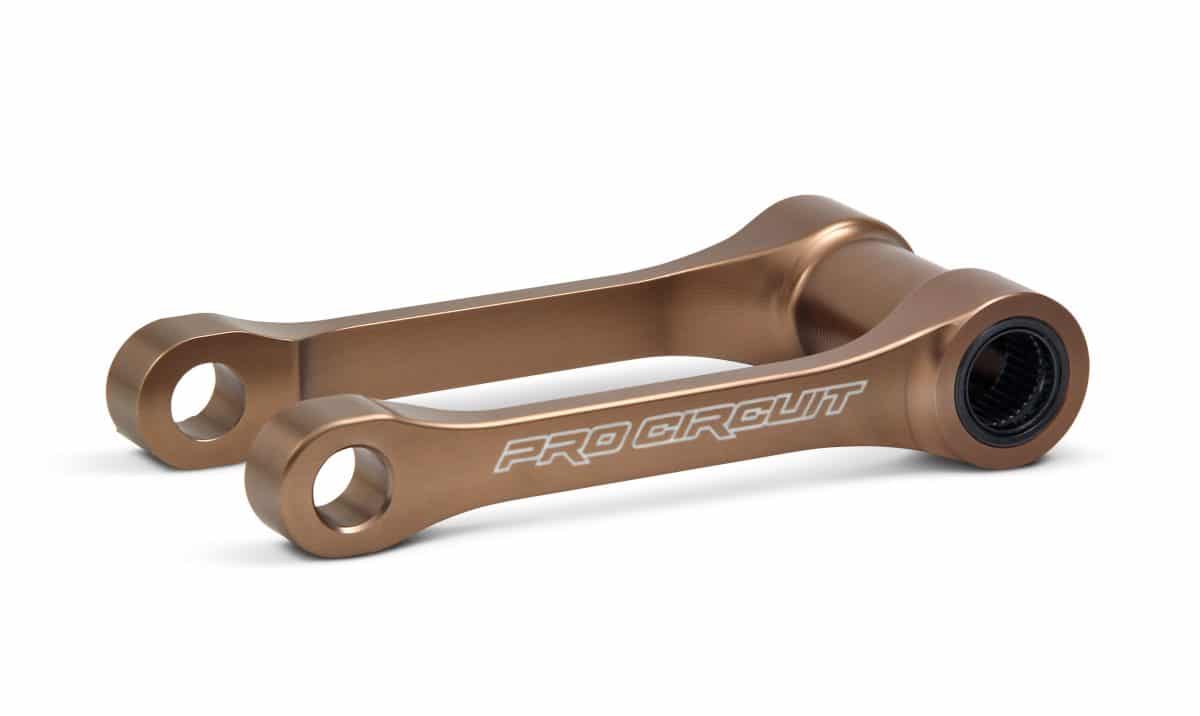 The Pro Circuit Linkage Arm is designed to stiffen up the initial linkage curve and enhance the geometry of the chassis for improved stability and traction. The Yamaha YZ125 and YZ250 two-stroke linkage arm is CNC-machined from billet aluminum for strength, durability and performance.
Contact: www.procircuit.com

If you like the Honda CR125 build on this week’s feature check out our 2003 CR125 restyle build with Decal Works. Click the image below for more. 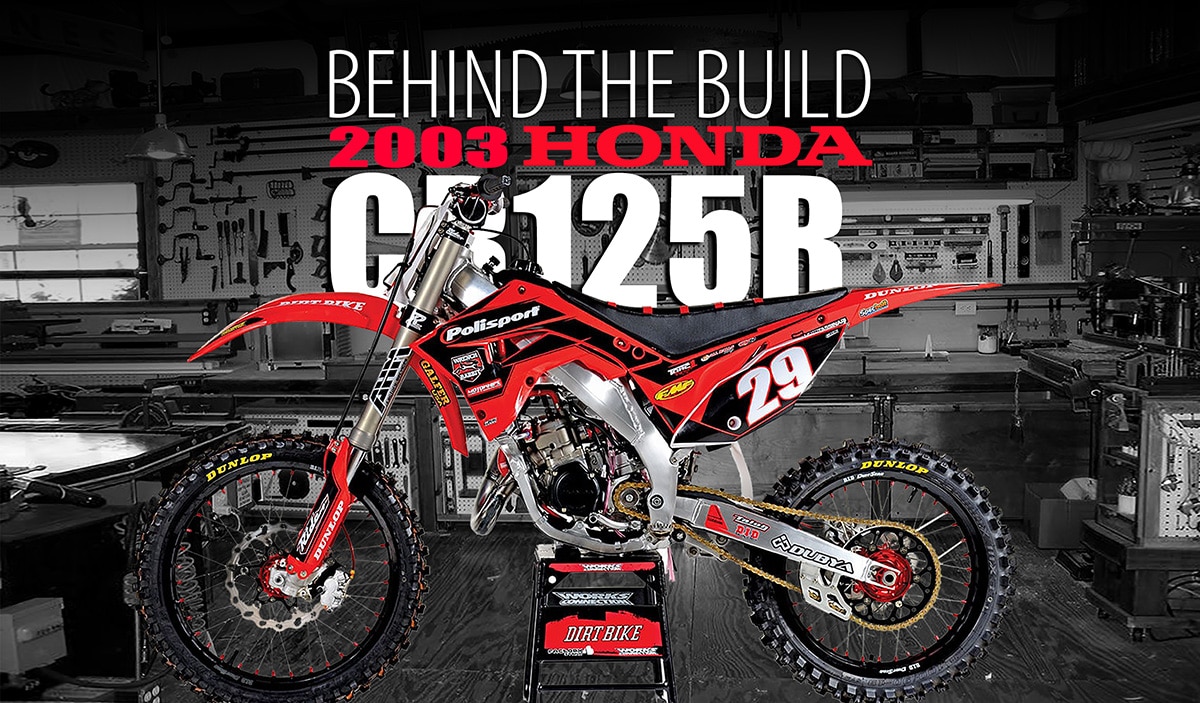