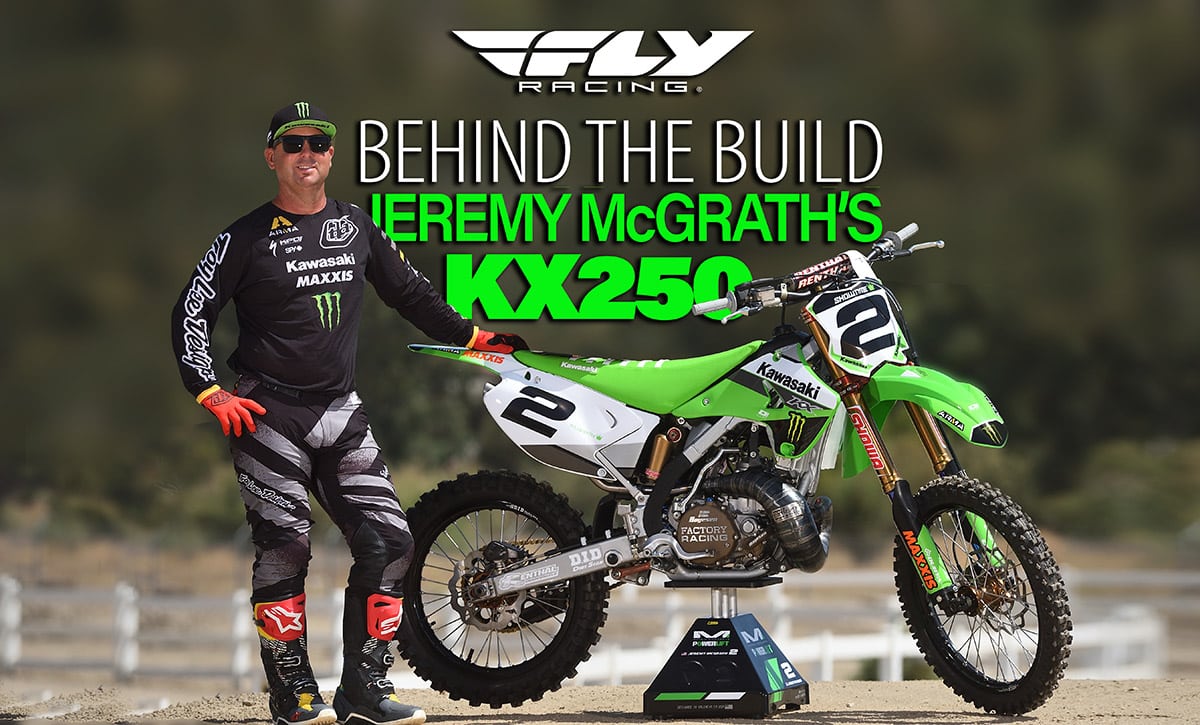 Jeremy McGrath loves to ride and race motorcycles of all shapes and sizes. He has a huge collection of championship-winning two-strokes, but he also has a small fleet of machines he rides on a daily basis that would make most people drool. We tagged along with McGrath and bike builder Tim Sharp (Sharp Prepped Bike Building Services) on this 2005 Kawasaki KX250 project built specifically for the FIM Vintage World Cup, which was held at the famed Maggiora MX Park in Italy.

Since we can’t go down to our local Kawasaki dealer and purchase a new KX250 two-stroke, this build started off with a lot of time spent searching the internet for someone selling a used version. When first purchased, this 2005 KX250 looked to be in great condition, complete and ready to ride; however, it was definitely not “ready to ride”—unless you wanted a complementary trip to the ER.

Tim Sharp would do all the major wrench-turning on this build, and after day one he had a laundry list of items that needed to be replaced or were missing altogether. The engine had just been rebuilt by a reputable shop that installed Boyesen clutch and ignition covers, along with a Moto Tassinari VForce reed cage, so not much was done in that department besides some external cleaning.

The one major performance upgrade came from one of McGrath’s longtime sponsors, Mitch Payton and the crew at Pro Circuit, in the form of a handmade exhaust system. Pro Circuit morphed an off-the-shelf pipe with some super-top-secret cone-pipe specs and a silencer made out of titanium and carbon fiber silencer that would make any two-stroke lover envious. They even customized the pipe badge to say “2022 MC.”

The real upgrades came on the chassis side. One good thing about Kawasaki is that a decent amount of items off the newer-model 250/450 four-stroke can be fairly easily retro-fitted onto the final generation of 125/250 two-stroke models. McGrath basically took the entire front end off his race-prepped 2023 Kawasaki KX450 fresh off his Mammoth Mountain MX Championship in the 50+ class.

The clamps, handlebars, fork, front wheel and front-brake system all bolted right onto the 2005 KX250 two-stroke. The steering stop on the KX250 frame needed to be modified, but a cool billet-aluminum kit from Trick Engineering made this easy. Simply drill out a couple of holes from their provided template and bolt the part in place.

Sometimes very trick parts just seem to fall out of the sky, and when you are the “King of Supercross,” it tends to happen more often. The rear shock on this bike just showed up one day with a note saying, “MC250 two-stroke,” and nothing more. Sharp installed the A-kit-style shock that has an insane coating in just about every location, topped off with a blue chrome spring—someone pulled out all the stops for “The King.”

Also, in the rear suspension department, a Pro Circuit performance link was installed. The main frame was powdercoated a silver metallic, and the swingarm was cleaned up using good old-fashion elbow grease. Wheels are always a focal part of every build. With older two-strokes, it’s mainly because they are missing or just in really bad shape, but on this build it was all about the upgrades and adding some bling.

Dubya USA built a set of brand-new wheels that featured Kite magnesium-colored hubs, stainless steel spokes, black D.I.D Dirt Star rims, and those were wrapped in the new Maxxis MX tires that McGrath himself helped design. With the build complete, the KX250 was packed up by the crew at Pro Circuit and shipped off to Italy.

Building one-off project bikes is always fun, but being able to build a project with Jeremy McGrath just takes it to another level. Tim Sharp did an amazing job turning the wrenches and keeping the build moving forward to meet the deadline.

We spent a day at Elsinore MX Park in 110-plus degree heat trying to dial in the jetting specs only to all leave scratching our heads in confusion, then to be schooled by Mitch Payton and the Pro Circuit team on how to properly jet a two-stroke the very next day at their facility in Corona, California.

The final plot twist in our Italian vacation story comes courtesy of the Italian customs department. McGrath and the KX250 build made it to Italy in time for the FIM Vintage World Cup, but the customs department would not release the bike in time for Jeremy to ride it at the event. That’s kind of like planning a tropical vacation only to have it rain every day you are there. 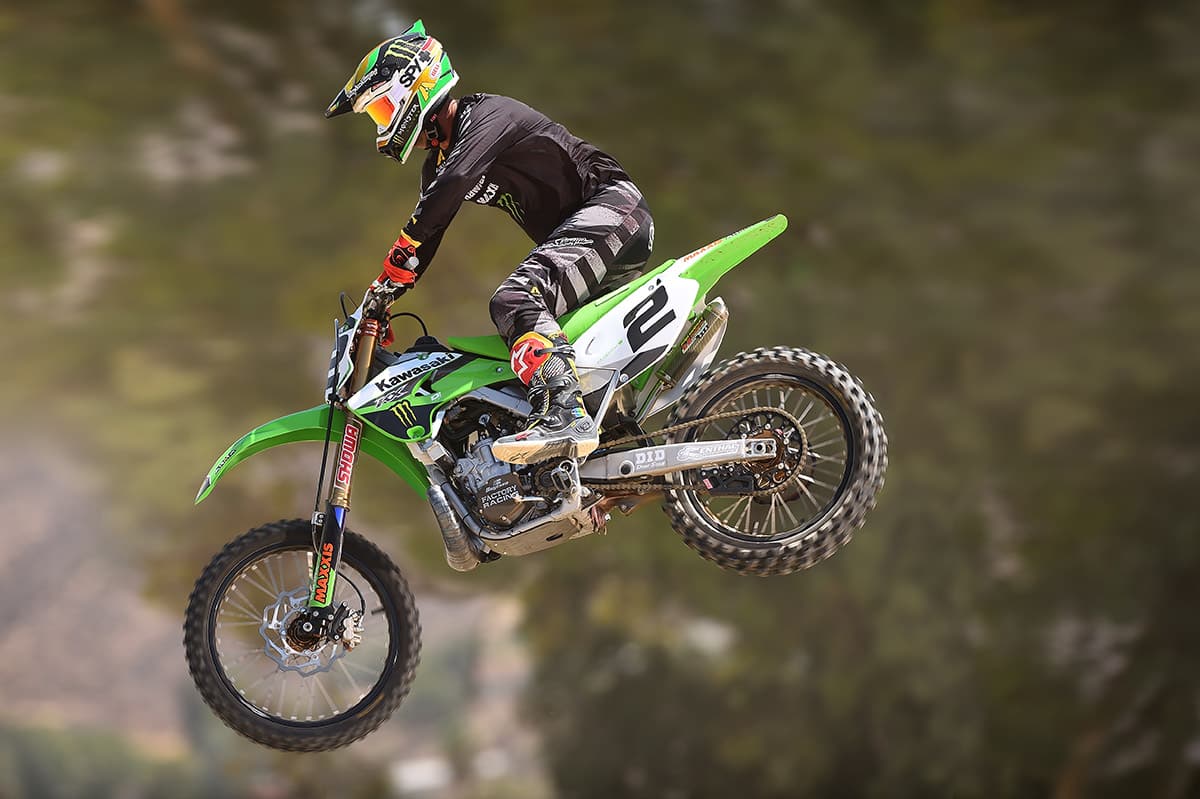