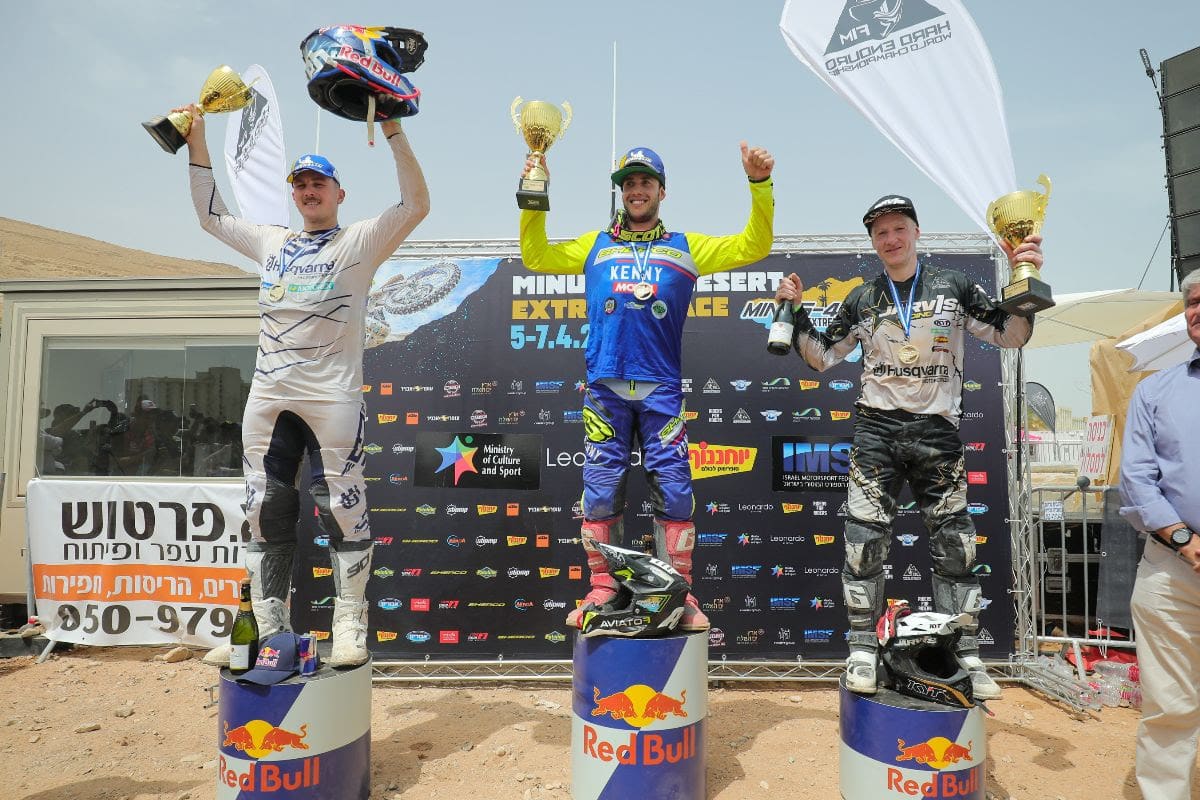 Sherco Factory Racing’s Mario Roman has hit the ground running at the opening round of the FIM Hard Enduro World Championship, winning the Minus 400. Continually at the front during the first two days of competition in Israel, the Spaniard raced his way to the overall win on the third and final day in the Minus 400 Main Event.

Defending FIM Hard Enduro World Champion Billy Bolt made good his start to the 2022 season with the Husqvarna Factory Racing rider placing second. Coming off the injury bench with a bang, Graham Jarvis brought his own Jarvis Racing Team Husqvarna home in third.

The final key sections would prove decisive in the outcome of the podium. A highly technical boulder garden, made even harder by the furnace-like heat baking the rocks, was where Roman made his move. Taking control of the race lead, he managed to put a gap into his rivals and from there to the finish line was never challenged, claiming a seven-minute margin of victory.