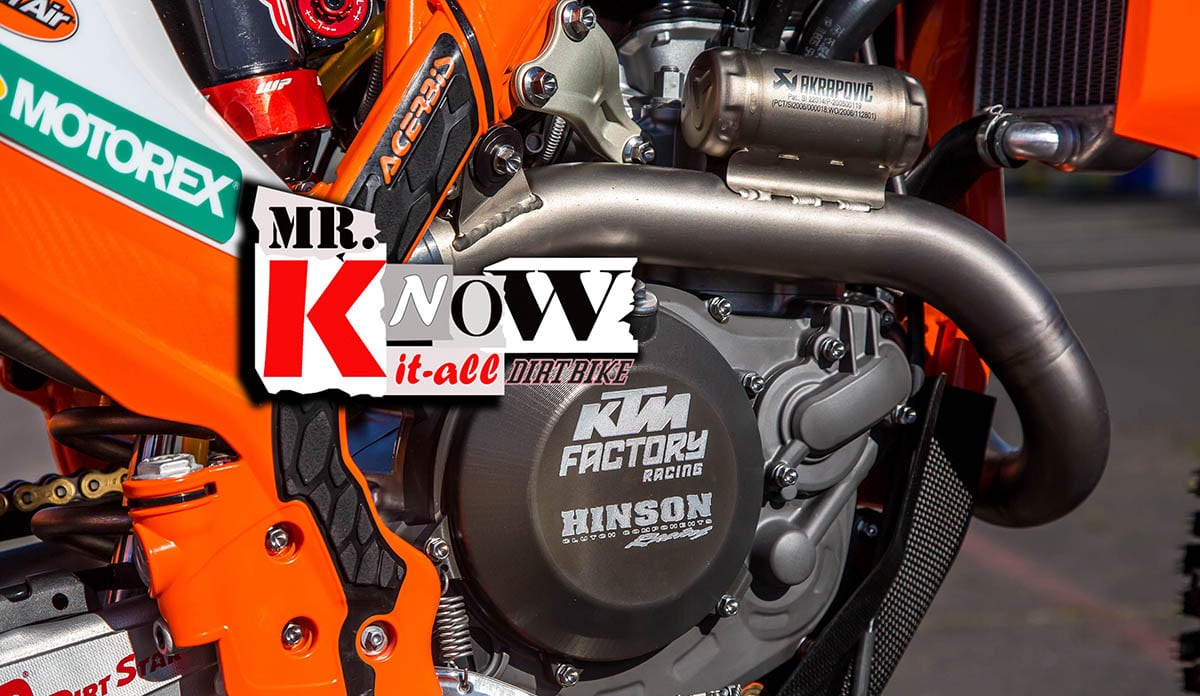 NOODLES FOR GREY MATTER
Dear Mr. Know-It-All,
The 2016.5 KTM 450SX Factory Edition comes with a Akrapovic muffler, but it has a macaroni (resonator) type head pipe? Does anyone sell a header pipe that will fit the muffler?
Ryan
[email protected]

Just for the record, Ryan, you have single-handedly desecrated the English language in one fell swoop. While I have almost no tolerance for ignorance, I will tell you that the “macaroni” header from KTM uses extensive technology to alter the exhaust waves in an effort to speed them up as they exit into the muffler. This has a double-dip advantage: more power and less sound. Now, here’s some decibel-savvy advice: have an English-speaking human look at your missive prior to hitting the send button. 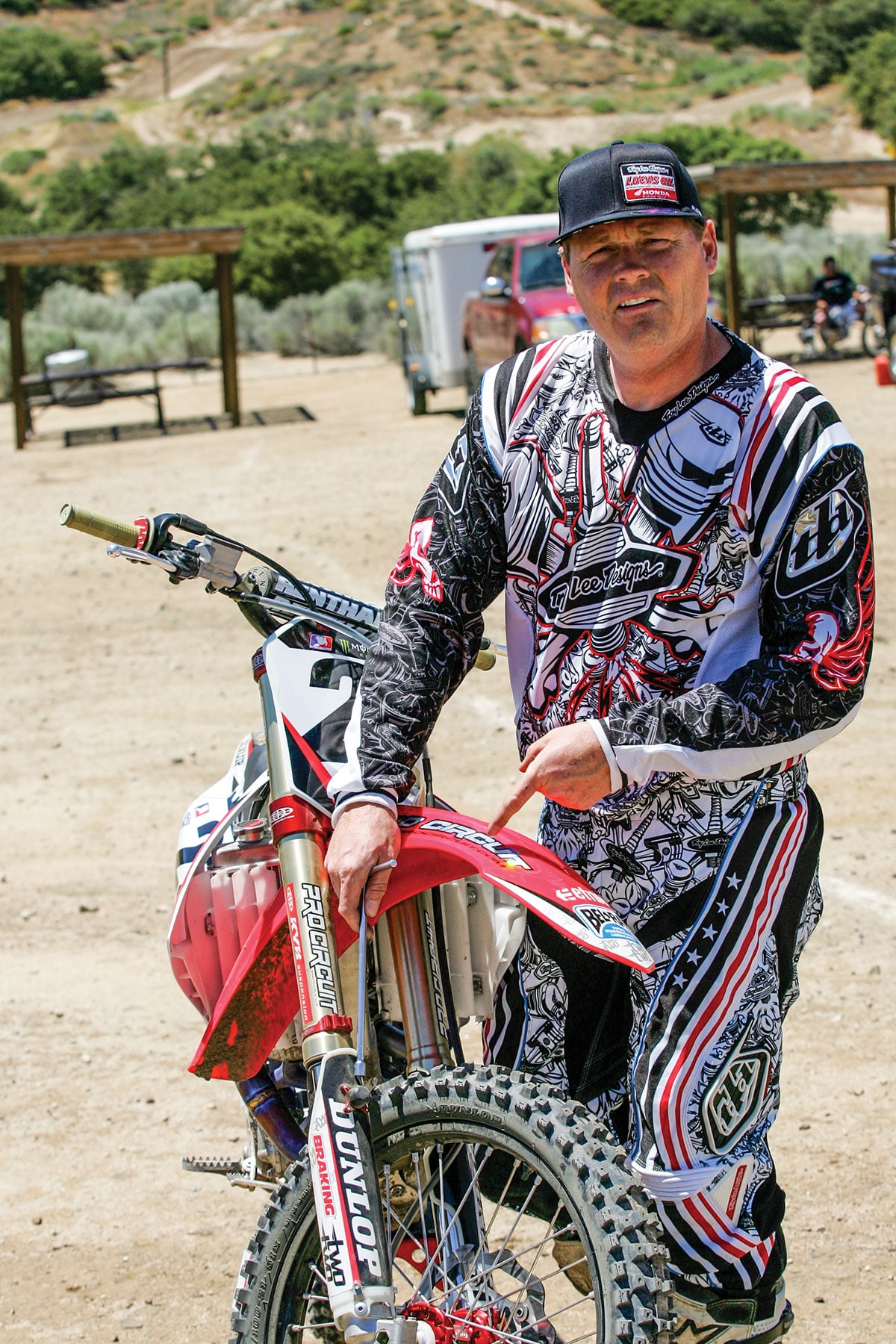 WHO’S THAT UGLY DUDE?
Dear Mr. Know-It-All,
In the September issue of your glorious mag (and I always start from the back because “Back in the Day” is the best part), I noticed on page 124 in the Klim product test that the male model you used looks pretty irritated. Based on the way he’s standing, the direction he’s looking, the angry look on his face and the clenching of his fists, I’m guessing some tweaker just rode off with his KTM during the shoot up in the high desert. Then, if you look at the lower picture, it looks like he’s grabbing for his iPhone to call the Palmdale PD. Or, maybe since he’s wearing his Steelers hat, he’s just another angry dude from Pennsylvania. Hoping you can help the poor guy get his bike back.
Nate
via [email protected]rque.com

We have no good response to your communication. We would like to say that he’s a cohort of the staff—a man with a strong reputation as an off-roader, an ambassador of the sport and a complete gentleman who parachuted into a world of trolls. In reality, we found him hitchhiking on Avenue P toting a sign that said, “Will work for a slightly used M5B.” 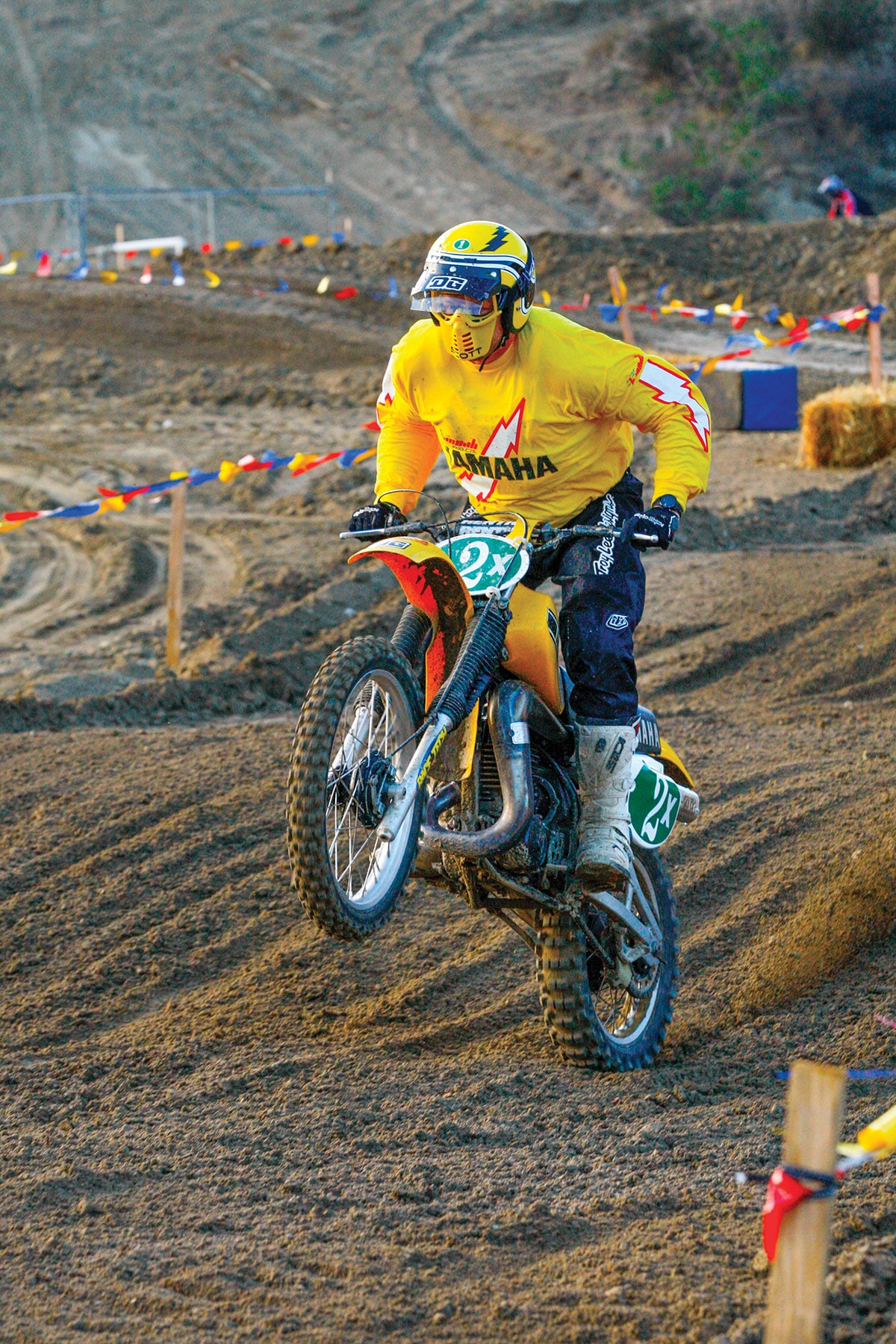