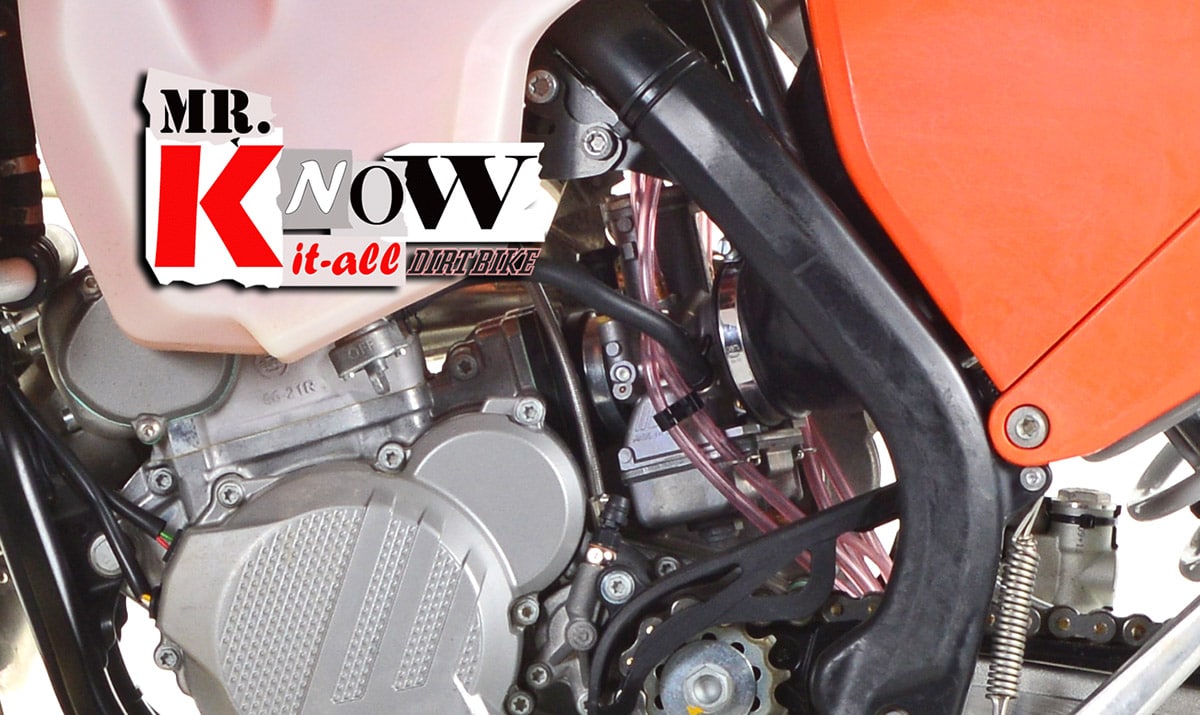 I have a follow-up to Ken’s two-stroke running-out-of-fuel question. Let’s say someone forgot to turn on his petcock and sputtered to a stop on the trail at low-to-moderate throttle. No harm seems to have been done; however, since his background is in four-strokes, he is curious about the degree of awfulness that occurs when a two-stroke runs out of fuel/oil. The last few moments running lean can put unwanted stress and wear on the piston, right? This someone will be much more attentive in the future when riding his rebuilt ’92 KDX200.
Jeff
via [email protected]

Well, Stacy and Jeff, this seems to be an incredibly insignificant thread that has gained some odd momentum. The chances of hurting your engine are slim. Even at higher speeds, your engine will “talk” to you if it’s not getting the proper amount of fuel. It can detonate. It can start slowing, or it can feel tight. Listen to your motor! When it acts insolent, pull in the clutch and chop the throttle. Stop. Check your fuel level. Two-stroke engines run with the proper oil mixture, and jetting specs are very tolerant of occasional missteps. If the pilot is smart and has his ears on, chances are you won’t damage the engine. Now you’re banished, and I’m going to sort through my Amal pilot jets.