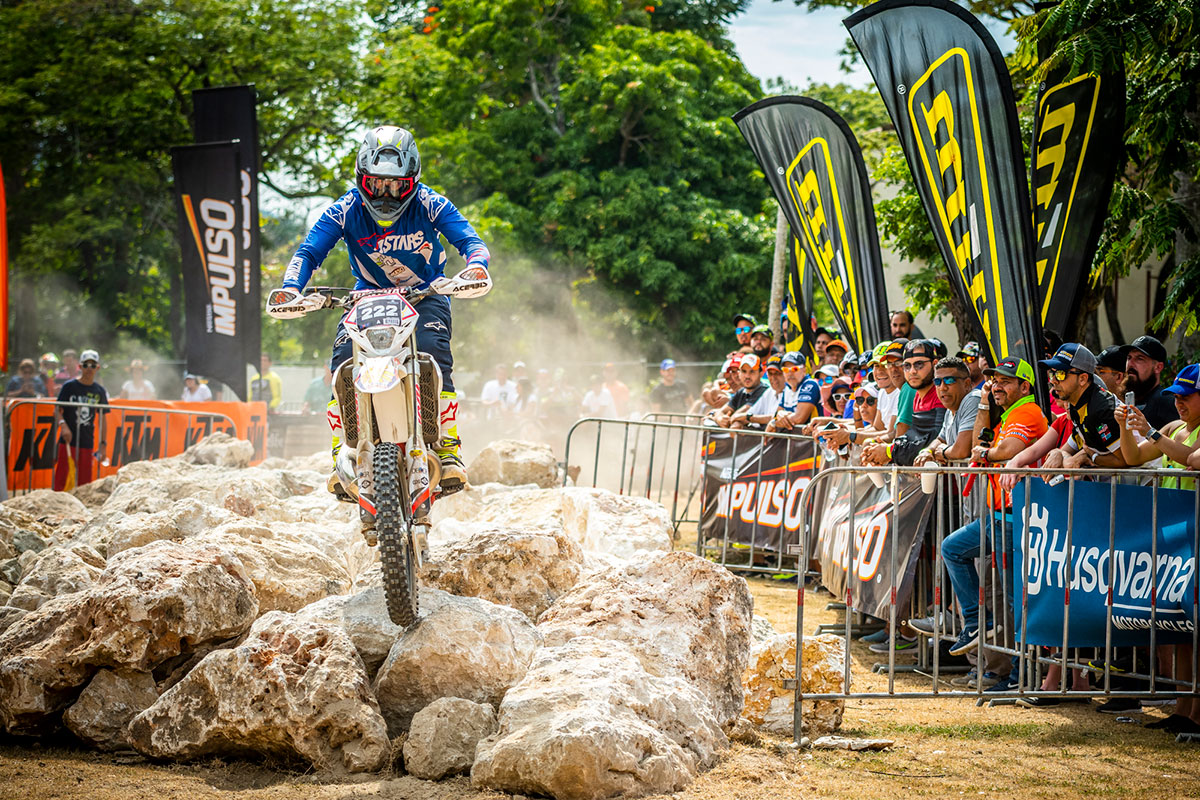 The conditions were hot and humid in the Dominican jungle and while the event looked like a hard-fought win for Rockstar Husqvarna’s Graham Jarvis, a late race crash ended in a shoulder injury that took him out of the competition. Graham had worked his way through the pack, moving into the lead before the crash.

In the end Lettenbichler took over and finished ten minutes ahead of Red Bull KTM rider Jonny Walker and Sherco’s Mario Roman. Early on Wade Young led but a navigation error got him disqualified. Mario Roman overcame some mechanical issues to finish third overall.