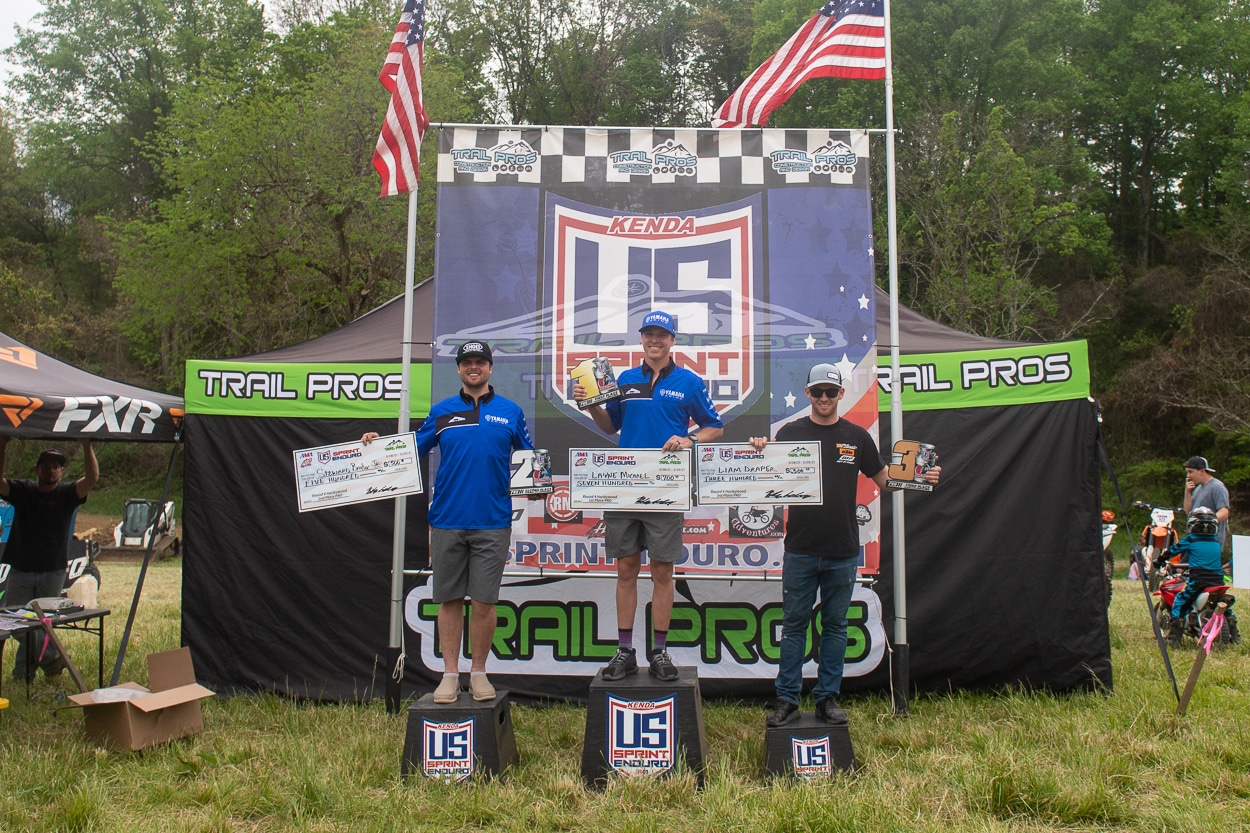 AmPro Yamaha’s Layne Michael made it two wins in a row in the Kenda US Sprint Enduro Series with an impressive victory at this weekend’s Harleywood Sprint Enduro, round four of the series in Bristol, Virginia. Proving his win at the previous round in South Carolina was no fluke, Michael won eight of the 12 tests and beat out second place by nearly 39 seconds for the “W”.

Michael was untouchable in the Cross test, sweeping all six tests. “I didn’t really have too many mistakes all weekend. I think that’s kind of what won me this one,” said Michael. “I was just mistake-free. I think that was kind of what was able to give me my gap and kind of keep steady in all the tests. Super excited we can keep this momentum going and just keep rolling. I know we’ve got the points lead now, so that feels good. Hopefully we can just keep clicking them off.”

Michael’s AmPro Yamaha teammate Steward Baylor finished just .7 seconds behind Michael on Saturday, and was in position to challenge for the win on Sunday, but a high-speed crash in the second Cross test slowed the South Carolina rider, leaving him to finish second overall for the weekend. “I had a pretty solid day one, but I made a bad tire choice and that cost me some time, said Baylor. In a really fast turn, the rear end stepped out and I went tumbling. That was the fastest crash I’ve ever had in my life. I was still trembling when I got back. I lost thirty seconds there. I didn’t even know if I was going to line up for the next test. I hit my head pretty hard.”

Thad Duvall made his return to the series, finishing fourth overall, after missing the last two rounds due to injury. The Rockstar Energy Husqvarna rider suffered a horrific crash at the series opener in South Carolina, where he suffered five broken ribs, a collapsed lung, and a shattered collarbone. Amazingly, DuVall didn’t take long to get back up to speed.

Fifth overall and first in the Pro2 division was Johnny Girroir. The Coastal Racing GasGas rider won four of the six tests on Saturday and three of six on Sunday. Despite staying perfect in the Pro2 class, Girroir was not pleased with his finish.