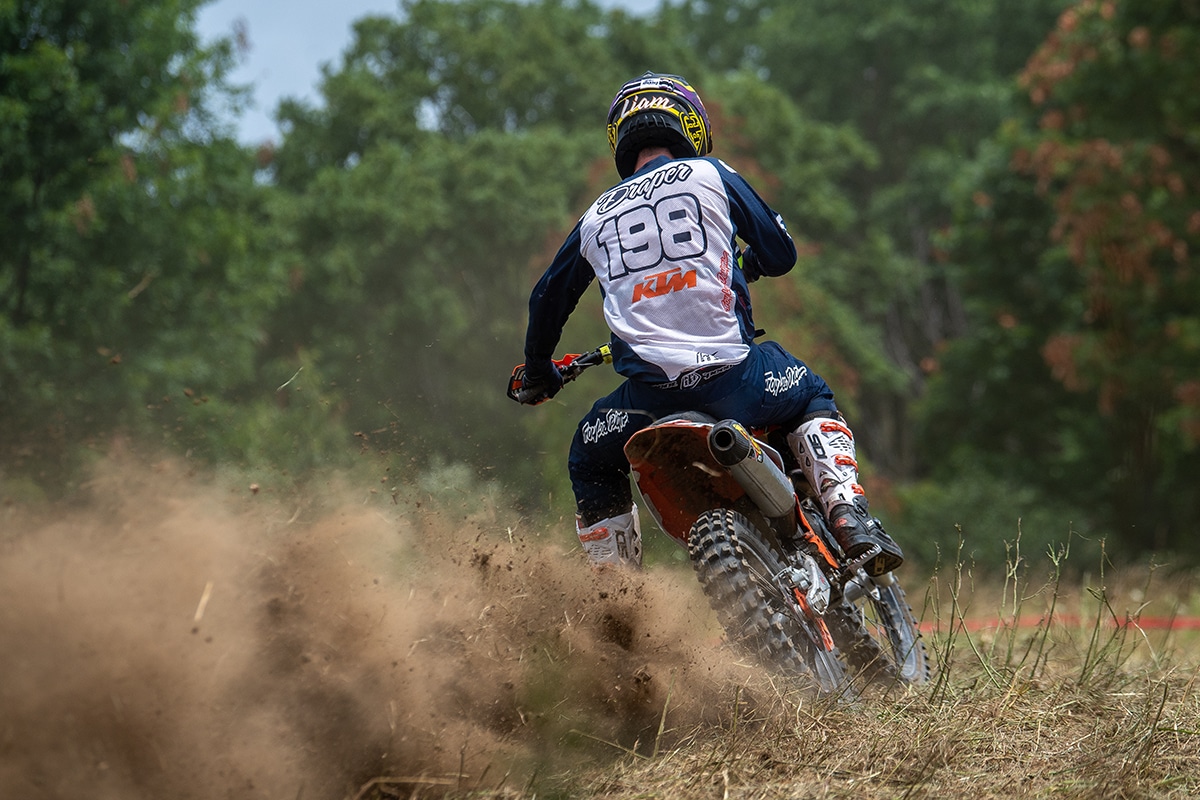 With the title already secured, and an eye towards the upcoming International Six Days Enduro in Italy, AmPro Yamaha’s Layne Michael topped off a spectacular year of sprint racing with an impressive victory at the Wassell Works Sprint Enduro, the final round of the Kenda US Sprint Enduro Series in Westernport, Maryland.

Though Michael had already wrapped up the title at the previous round in West Virginia, the AmPro Yamaha rider held nothing back at the series finale, winning four of six tests on Saturday and all six tests on Sunday. The two tests that Michael didn’t win were topped by Coastal Racing GasGas’ Johnny Girroir, who finished second overall on the weekend and first in the Pro2 division.

Michael was especially spectacular in the Cross test, winning all six, despite just coming off a nasty ankle injury.

Girroir, who wrapped up the Pro2 title at the previous round, giving GasGas its first major off-road title in the US, was just four seconds off of Michael heading into the final test on Saturday, but a crash in test four on Sunday cost him an additional five seconds, leaving him nine seconds down going into Sunday’s round.

Rockstar Energy Husqvarna’s Thad DuVall got off to a slow start on Saturday, but came on strong on Sunday to secure third overall and second in the Pro division.

Austin Walton made the trip from Nevada to get some sprint-racing experience. The Rockstar Energy Husqvarna rider, who will be representing the country on the US Junior Trophy Team in Italy, got faster on the unfamiliar terrain as the weekend progressed.

“We picked up a lot of time,” said Walton, who finished eighth overall. “Just getting through all those trees and the tight stuff, and learning how to… It just felt like it got tighter the faster I went going through those trees. I started feeling a lot better today, more like myself and riding just more comfortable out there. Hitting my marks and making little mistakes, but those little mistakes weren’t even close to what it was the day before. So, a lot of progress today.”

FMF/KTM’s Brandy Richard topped the Pro Women’s championship. Like Dalton, Richards was at the event to prepare for the ISDE in Italy, and even competed on eco tires, which didn’t stop her from taking eight test wins.