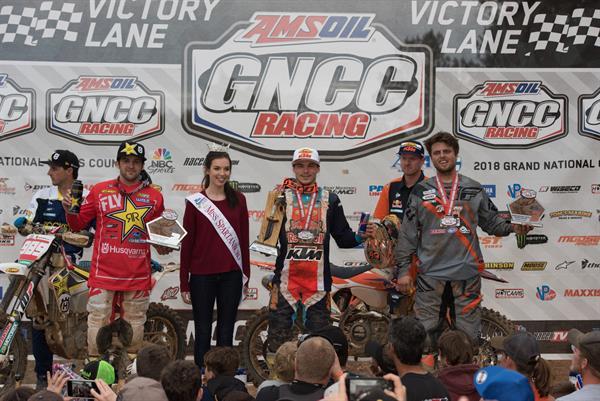 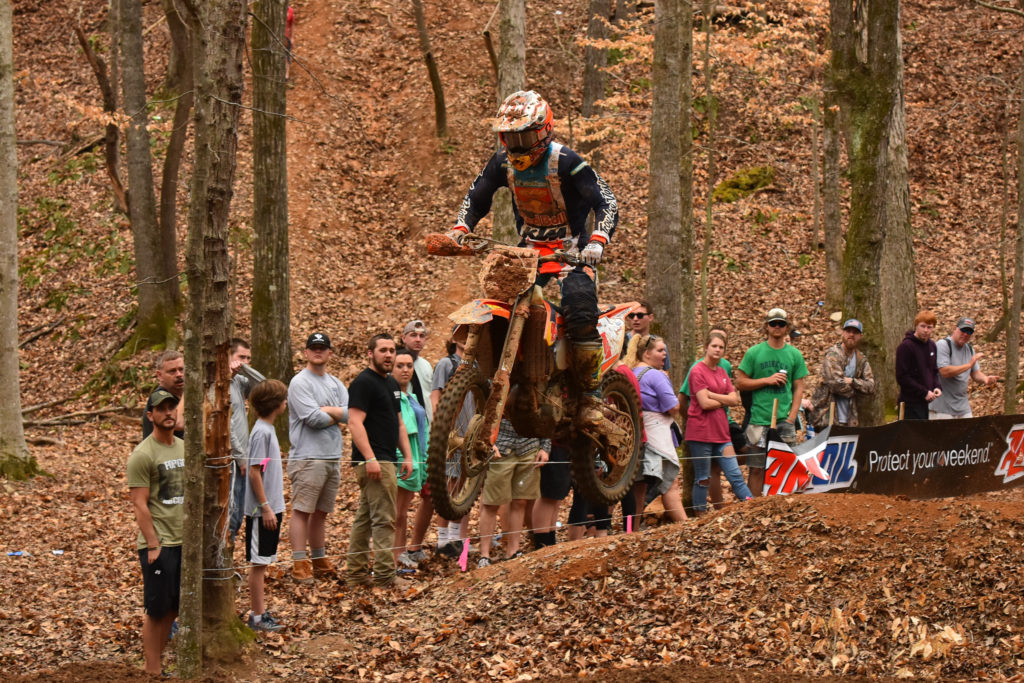 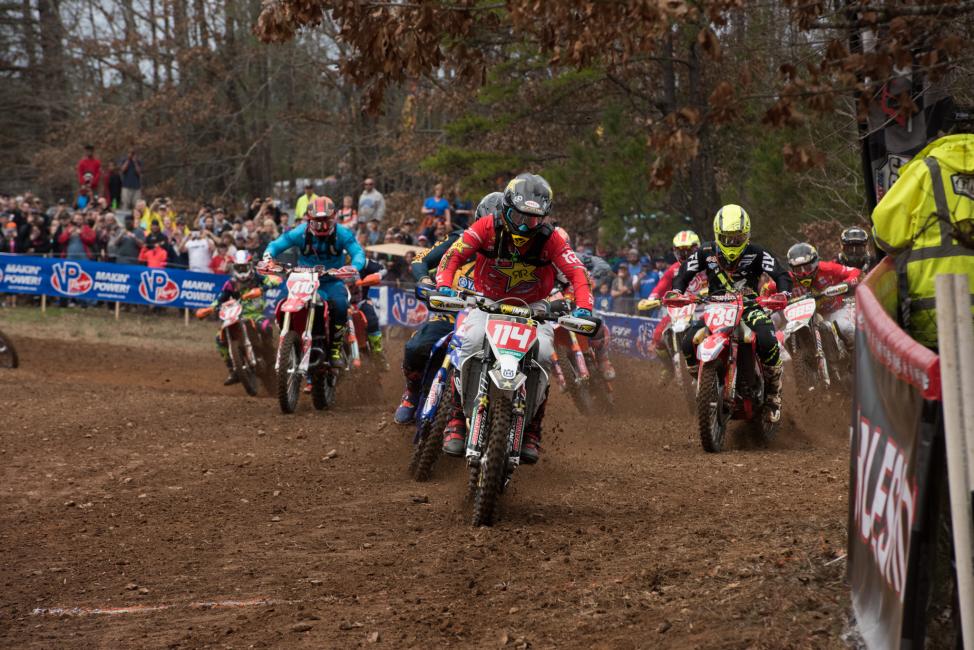 Josh Strang grabbed the All Balls Racing $250 XC1 Holeshot at round one. – Ken Hill

Thad Duvall put his Rockstar Energy/Factory Husqvarna into the lead on lap one, while a pack of XC1 Pro riders assembled behind him. When they came through timing and scoring, the top five riders were just seconds apart. Duvall would hold that lead for the first two laps, but Tely Energy Racing/KTM’s Steward Baylor Jr was picking up the pace.

Baylor Jr would make the pass for the lead during the third lap, along with JCR Honda’s Trevor Bollinger moving into the number two spot. Duvall would find himself in the third place position at the halfway point, but he would have company from FMF/KTM Factory Racing’s Kailub Russell. 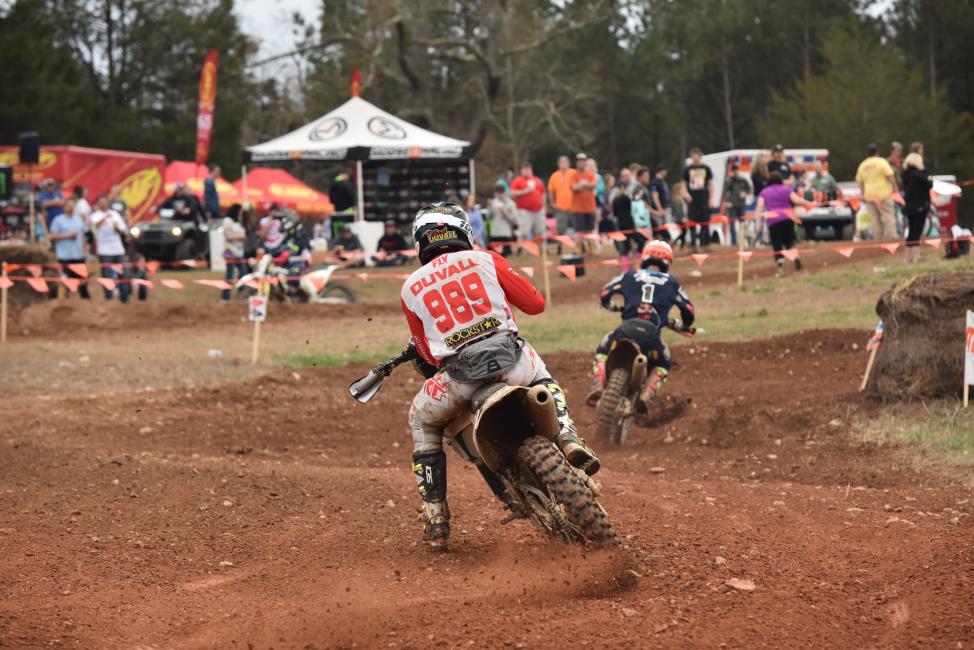 Off the start K. Russell would find himself in an undesirable position as he came around on the first lap in the seventh place position. K. Russell would put his head down and push on to make the pass for the lead during lap four. News from the FMF PowerPoint was that Duvall and Baylor Jr were side by side, with K. Russell only a second behind them. When they emerged from the woods heading into the finish, K. Russell was in the lead followed by Duvall and Baylor Jr when the white flag came out.

Beta USA’s Jordan Ashburn put in a strong performance in the 2018 season opener where he finished ninth in XC1. Tely Energy Racing/KTM’s Grant Baylor finished 10th in the XC1 class, while Rockstar Energy/Leatt/Maxxis’ Ryan Sipes was running sixth before being forced to pull off due to bike issues. 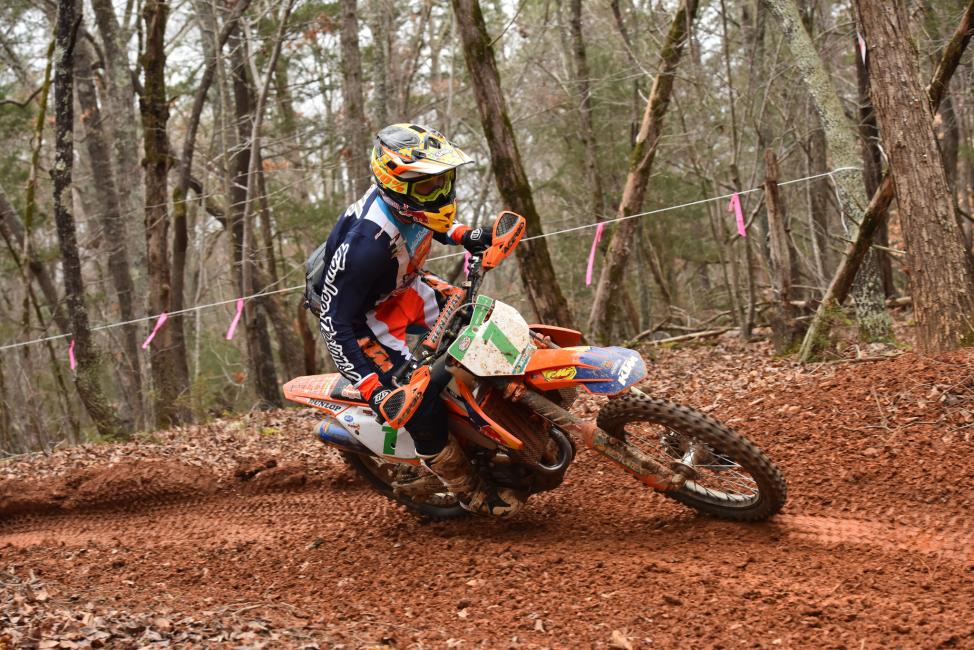 Josh Toth takes the early points lead in the XC2 250 Pro class as he goes for his second consecutive title.

Thirty-five riders lined up on the second row today, but it was AOMC/Fly Racing’s Sam Evans taking the Hot Cams $100 XC2 Holeshot. It wasn’t long before FMF/KTM Factory Racing’s Josh Toth took over the lead, followed by Trail Jesters/KTM Racing’s Ben Kelley and Coastal Racing/Husqvarna’s Pascal Rauchenecker following closely behind him. The top three at the beginning of the race, would stay that way until the checkered flag was thrown. M&E Honda/Fly Racing/Maxxis’ Austin Lee would start his season strong with a fourth place finish, followed by Coastal Racing/Husqvarna’s Craig Delong.

The FMF XC3 125 Pro-Am class was filled with talented riders from the past and present. Riemer Inc/Lojak Cycles’ Hunter Riemer jumped off the line first earning the Wiseco FMF $100 XC3 Holeshot award. Coastal Racing/Husqvarna’s Alex Teagarden claimed the first win of the season after capturing the 250 A championship in 2017. Yamaha-backed rider, Cody Barnes, came across the finish in second followed by Armored Graphics/Maxxis/RX Suspension’s Dustin Simpson. 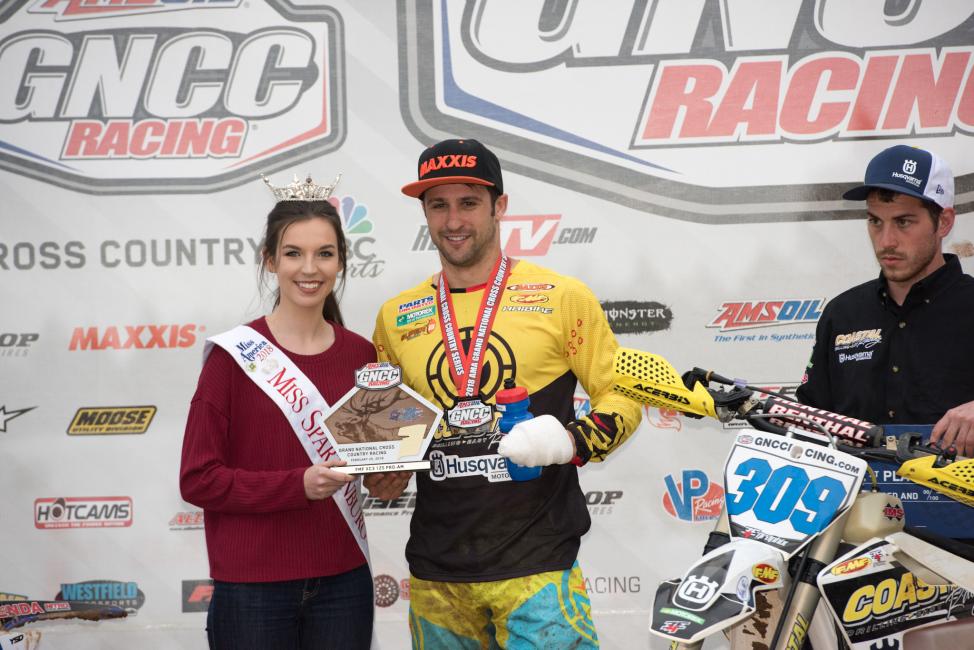 After becoming the 250 A Champion last season, Alex Teagarden earned the FMF XC3 125 Pro-Am class win at round one.

As the 10 a.m. amateur race took off, it was KTM-mounted rider, MacKenzie Tricker who took the holeshot and early lead with Fly Racing/Maxxis/SeatConcepts/KTM rider, Becca Sheets and KR4/Husqvarna’s Tayla Jones in tow. Sheets would make the pass and hold the lead in WXC, but a last lap pass by Jones would give her the season opener win. Sheets and Tricker would round out the podium. 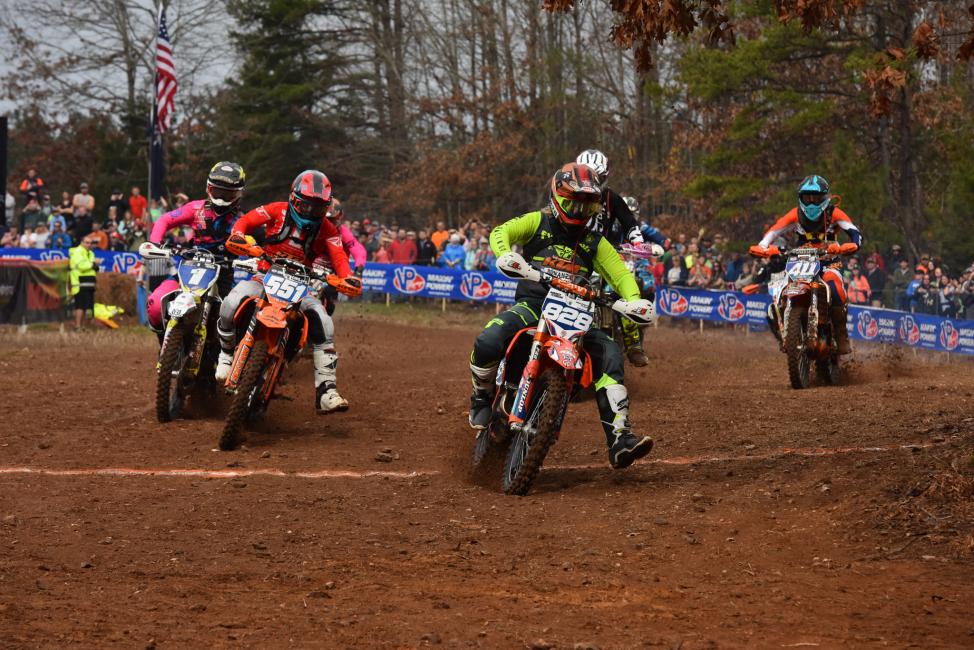 The 8 a.m. youth race would take to the track first this morning, where 208 youth racers headed into the South Carolina woods. When the checkered flag waved it was Peyton Whipkey, Grayson Lail and Max Fernandez standing on the podium.

The 1 p.m. pro bike race was broadcast LIVE in its entirety on RacerTV.com and can be viewed as archived video online by visiting the GNCC LIVE page online. A highlight show featuring the event will be aired on the NBC Sports Network on Sunday, April 1. 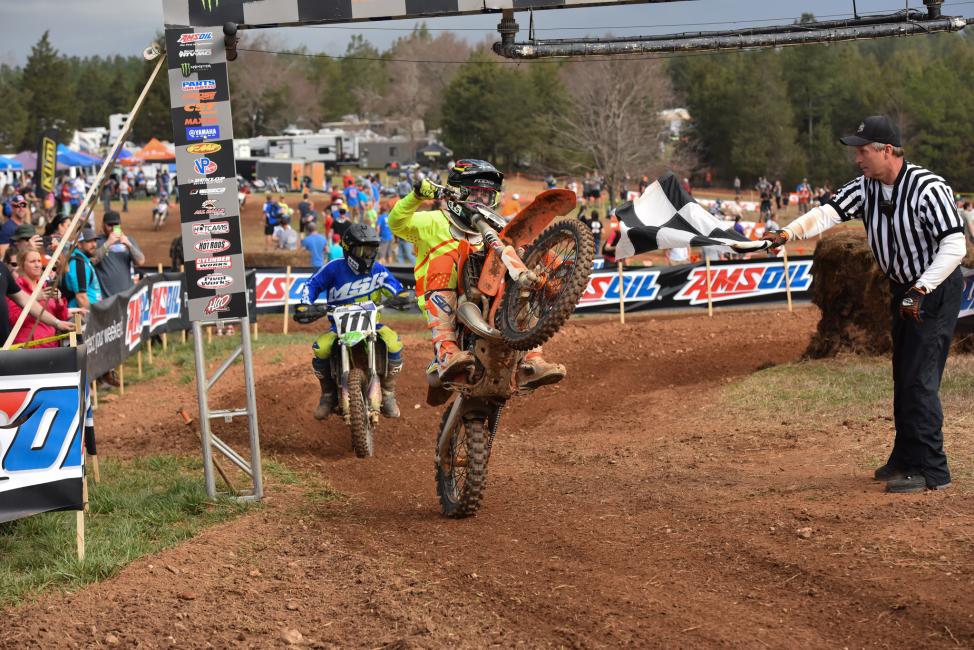