KTM’S 2020 OFF-ROAD TEAM: LETTENBICHLER TO US 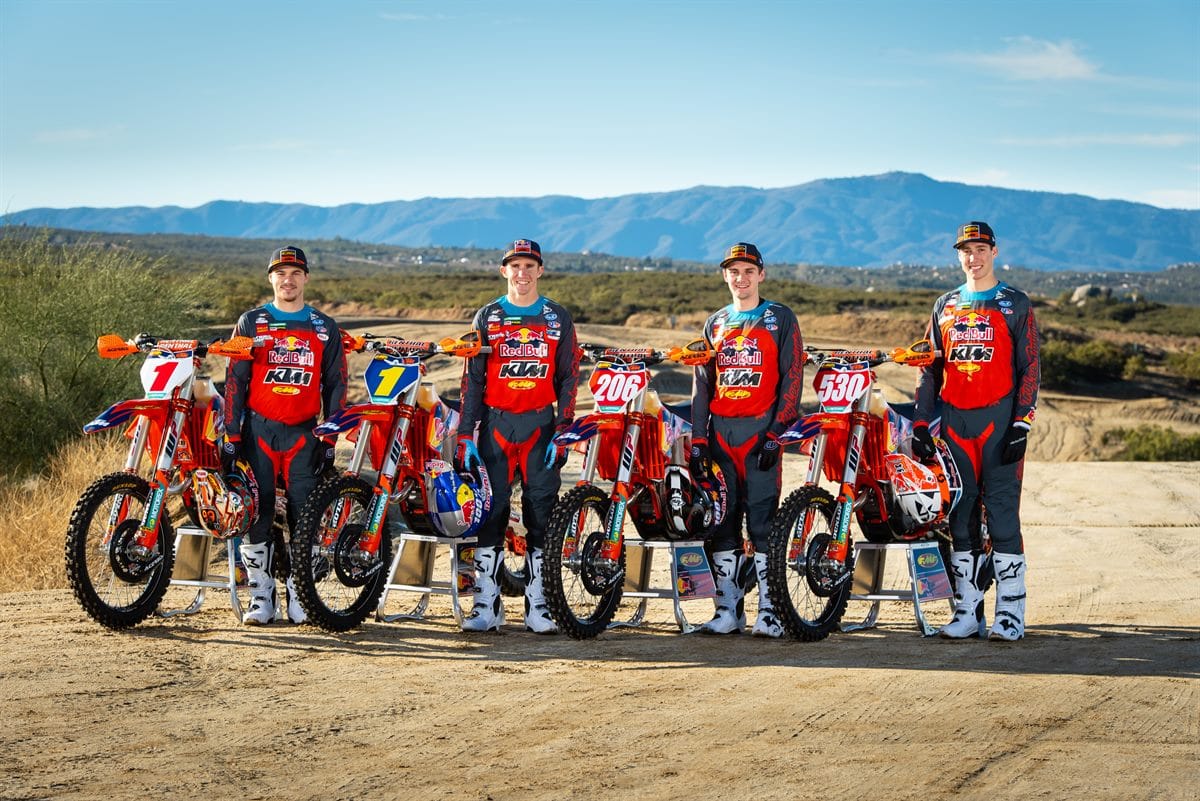 Additionally, KTM is pleased to welcome 2019 WESS Enduro World Champion Manuel (Mani) Lettenbichler to the U.S. this season as a guest rider competing in select extreme offroad races across the nation.

Team Manager, Antti Kallonen: “I’m very satisfied to continue with these four world-caliber riders, plus Mani, that experienced so much success last year. We have established a strong connection with these riders over the years and each of them play a significant and important role in our brand’s success and future development. We will focus with each rider to produce their very best performance at each race they enter and to reach our goals of defending our championships in 2020.”

Heading up the team’s east coast efforts in the U.S. is Russell, who will go to battle for his eighth consecutive title in the Grand National Cross Country Series XC1 Open Pro class, in addition to competing in the Full Gas Sprint Enduro Series aboard the championship-proven KTM 350 XC-F.

Robert, who recently claimed the WORCS and Sprint Hero Championships with an impressive run in 2019, will join the FMF KTM Factory Racing Team once again to defend both of his titles aboard the KTM 450 XC-F.

In his third season with the FMF KTM Factory Racing Team, Josh Toth will return aboard the KTM 350 XC-F, where he will compete in the GNCC and National Enduro Championship for 2020.

Coming off a stellar 2019 season in the XC2 250 Pro class, Ben Kelley will join the premier class ranks for his official rookie season in GNCC’s XC1 Open Pro class aboard the KTM 450 XC-F, as well as the Pro class in the National Enduro Championship on the KTM 350 XC-F.

And Lettenbichler, who is set to defend his WESS title with the global Red Bull KTM Factory Racing offroad team, will make several appearances in the U.S. this season to contest select AMA U.S. Extreme Offroad events.