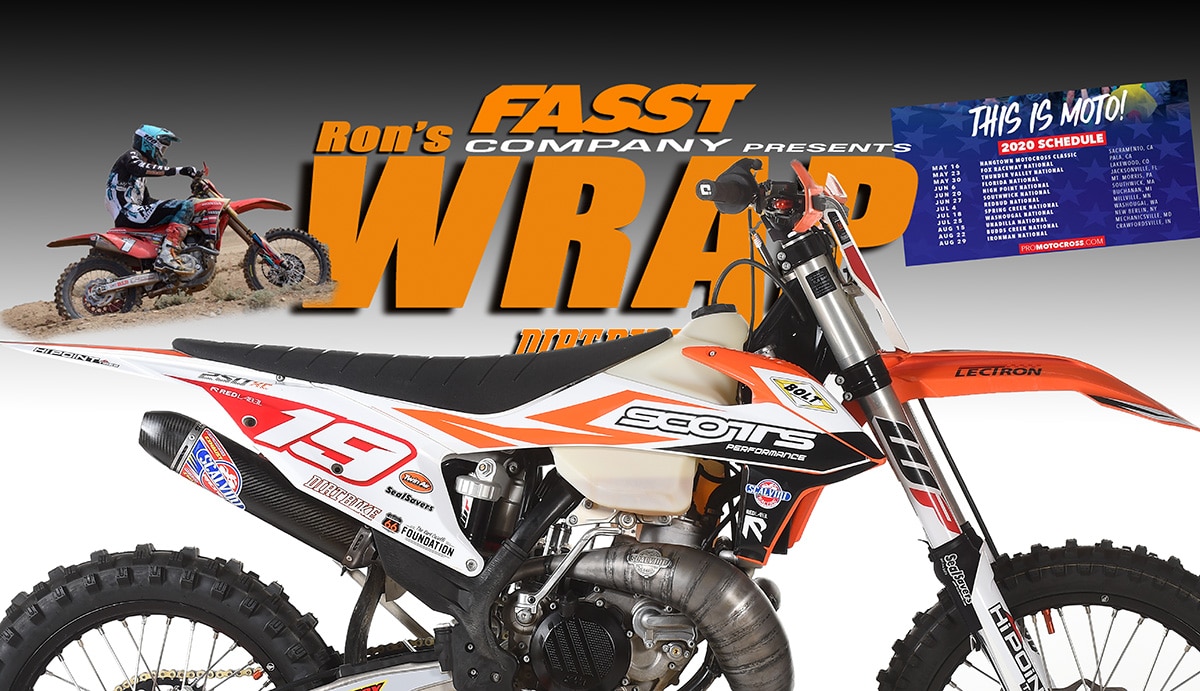 The 2019 250XC is the last carbureted off-road bike that KTM will offer. It and the other 2019 XCs, (the 300 and 150XC) were given Transfer Port Injection for the 2020 model year. The XC-W line already had lost their carburetors a year ago, so the only KTM motorcycles that will not be fuel injected for 2020 are the two-stroke motocross bikes, none of which offer electric start. 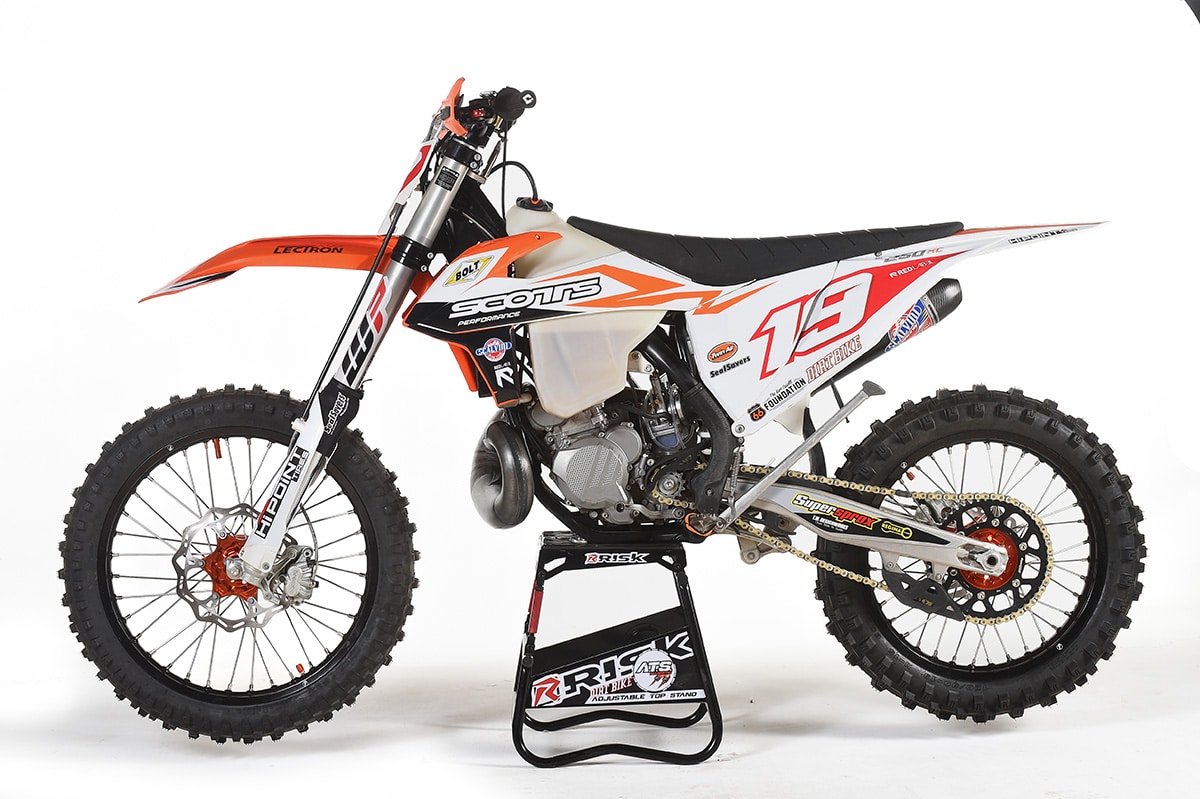 TPI has come a long way in the two years since its release, but it still isn’t perfect. It adds weight, expense and TPI bikes can occasionally hiccup and act weird. Carbureted bikes hiccup, miss and exhibit a lot of misbehavior too, but it’s all very familiar stuff. There are a lot of reasons that purists will want to stay with carbs, and I completely sympathize. I’ve been racing the 2019 250XC all year so I can burn it into my brain–this might be the absolute pinnacle of off-road two-stroke technology. 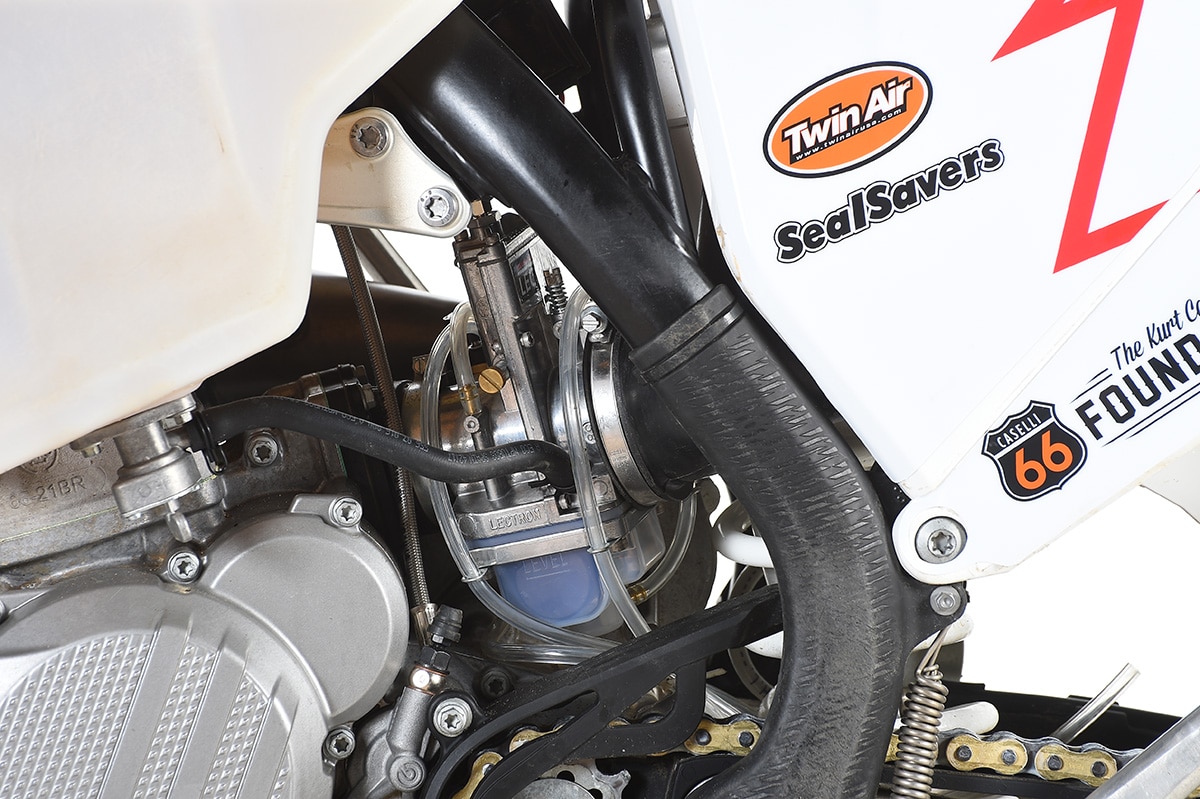 The problem is that even the 2019 250XC wasn’t a perfect example of the breed. Many people say it was better in the days before KTM switched to Mikuni caburetors on all its two-strokes. The rumors were that it was simply a supply problem. Keihin had scaled back its production of carburetors. Some riders have made the switch to Keihin and say the results are good, but I’ve ridden some of them and don’t see too much difference.  I’ve always been very curious about the newest Lectron carbs, though, so before returning the 2019 XC, I wanted to find out more. The Lectron design as been around for years, but it’s recently been updated. It puts most of the jetting duties on a metering rod instead of spreading them out between five different jets. The concept is explained on the Lectron fuel systems site here. 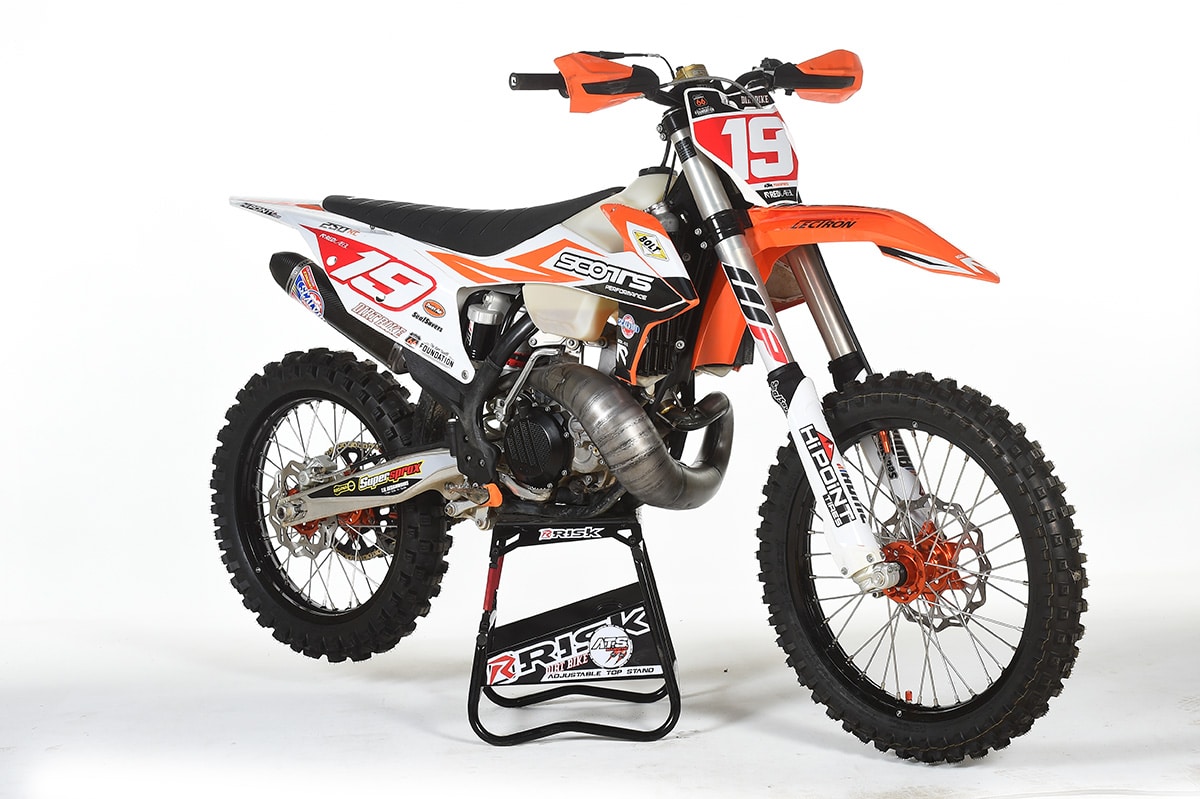 The bike also got a bunch of my favorite things. The steering stabilizer is a Scotts (the same one I’ve been moving from bike to bike for years) with BRP bar mounts. The pipe is a Scalvini, the sprocket is Supersprox, the chain is Regina and I’m using Seal Savers. I put a new AOMC KTM Factory wheel set on the bike and and I’ve always thought it made sense to get a 19-incher for the year, just so I have it along with the stock 18-incher. This is a bike that I can use for moto as well as off-road, and that gives me more options with tires for specific events. For this bike I’m using a set of Hi-Points with the 90/100-21 oversize front tire. That’s for deep sand. 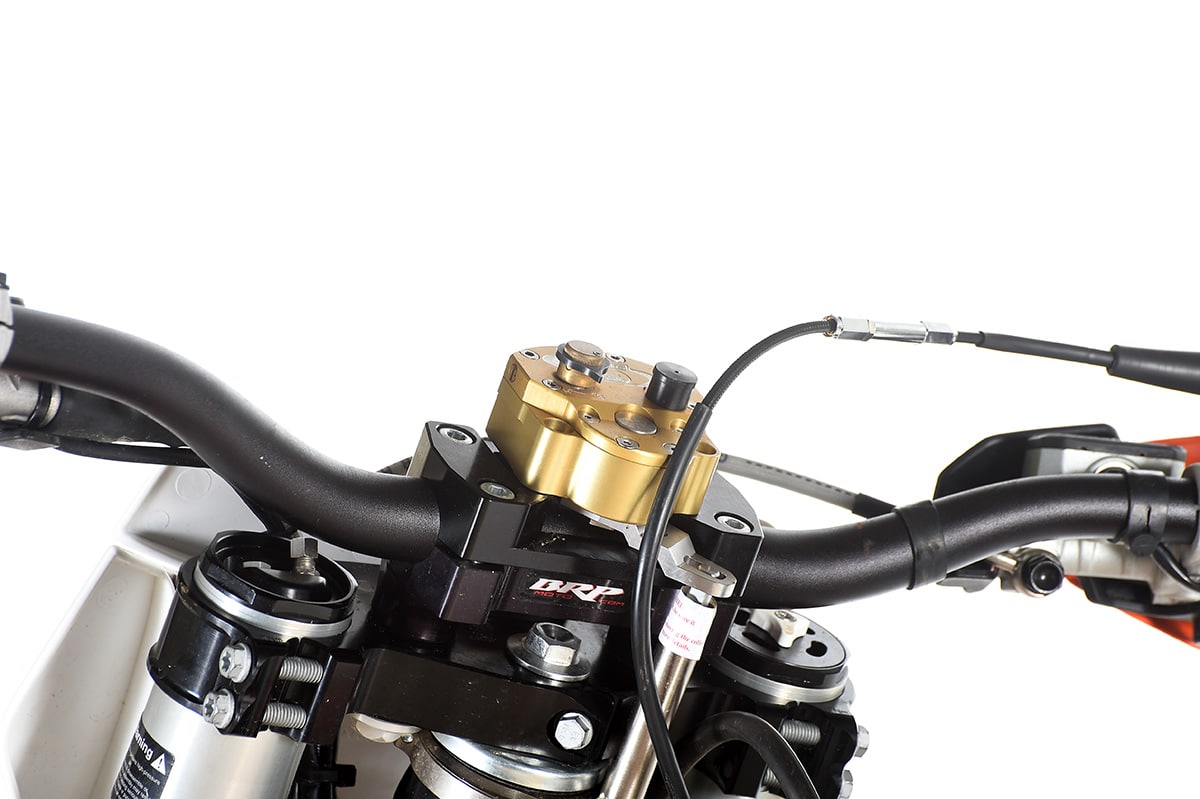 I’ve only now finished putting it all together. This weekend will be the first ride, followed by a trip to Ridgecrest for the sixth round of the National Grand Prix Championship series. Then I have to tear it all down and give the stock bike back to KTM. Bummer. Stay tuned to see how it all works. 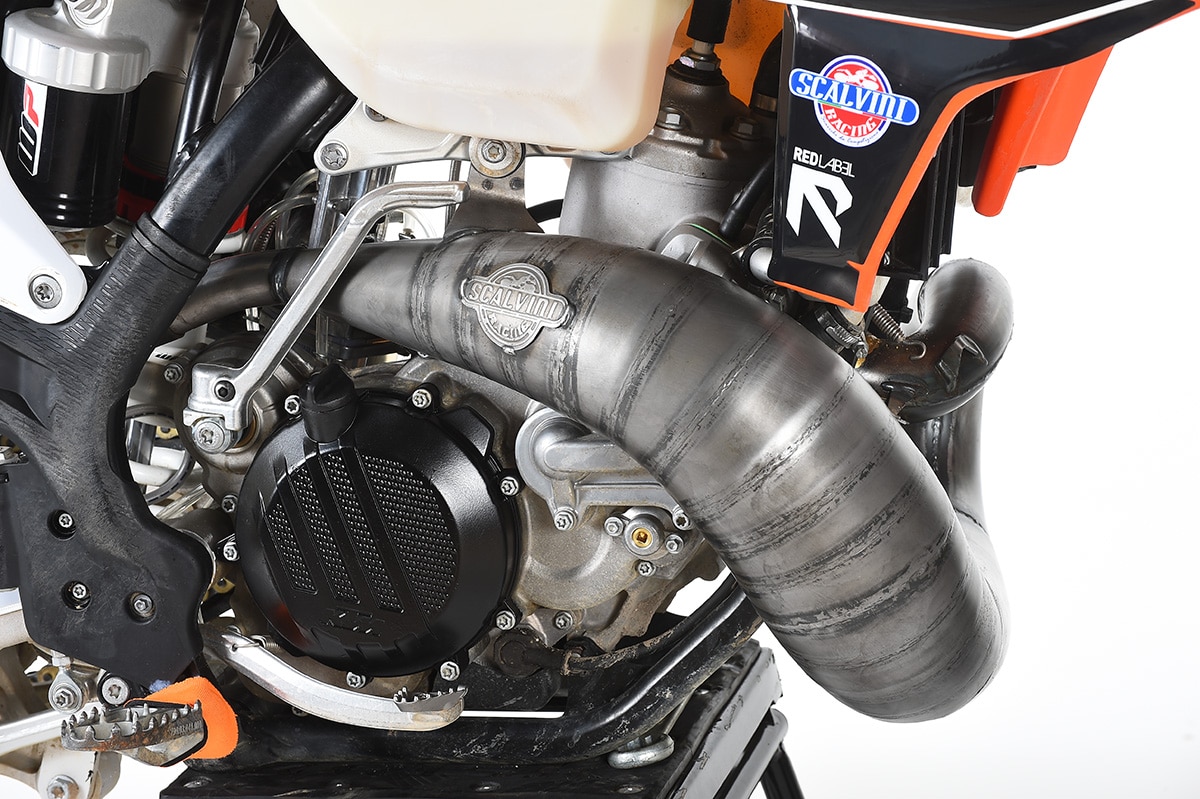 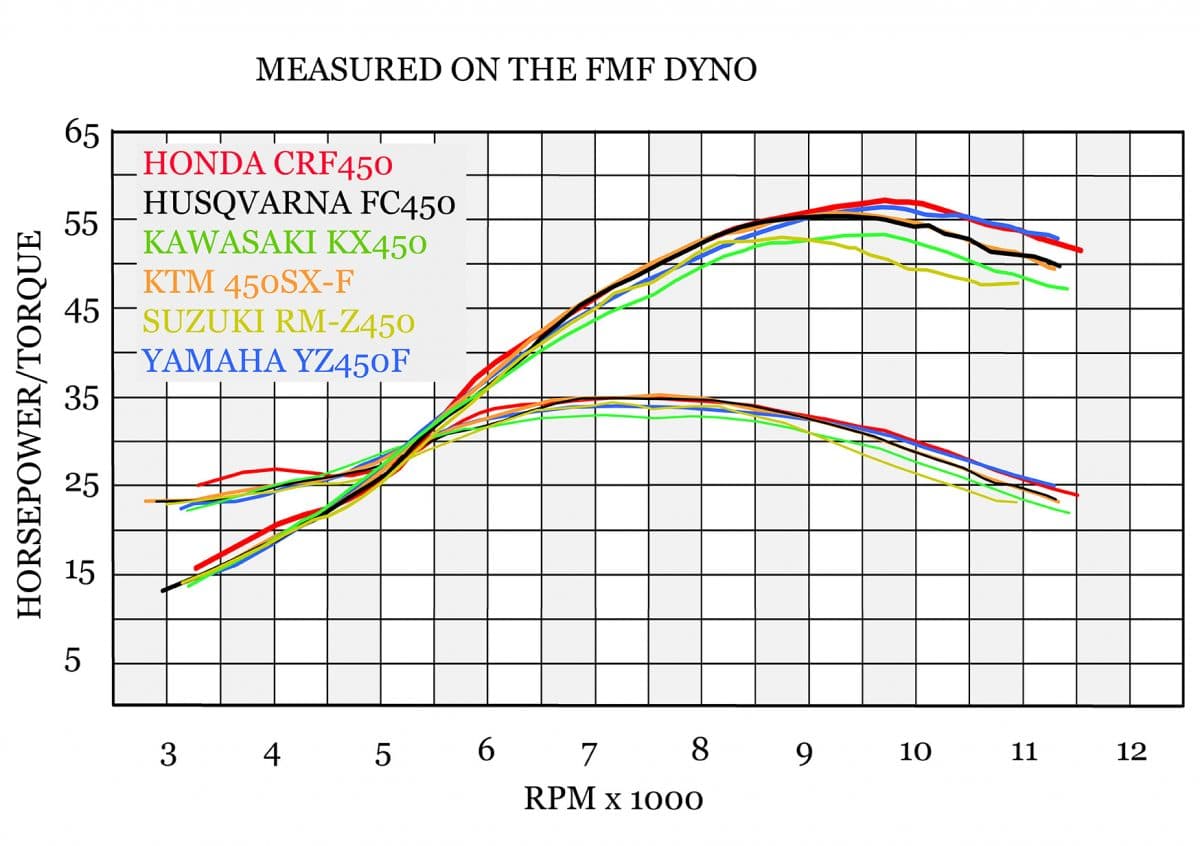 The last piece of business for our 2020 450 MX shootout was a day at the dyno. The guys at FMF measured all the bikes as they were are the end of our test. There usually is a surprise or two, but this year the riders nailed it. They all knew the Honda was going to be strongest. The KTM and Husqvarna curves on this chart are the ones measured with the vented airbox cover (which is included with the bike) and map two. That’s how we rode the bikes most of the time. It’s worth pointing out that the dyno curve for map one and the unvented cover is virtually identical.

The 2019 MX of Nations is taking place this weekend in the Netherlands. It will be a man-made sand track on the infield of the Assen Roadrace facility, and the U.S. team of Jason Anderson, Zach Osborne and Justin Cooper has been there practicing sand for some time. If you  search up Team Fried on Youtube, there’s a great V-log of what the guys have been up to.  People say that the Dutch team is going to win, but America is going to be there if anything happens to them. Another amazing sight will be Spanish MX2 World Champion Jorge Prado riding a 450. We will have coverage here at dirtbikemagazine throughout the event. Brandon Krause is there and will be posting results live, so check in.

MEANWHILE, AT THE GNCC WARS

Round 11 of the 2019 AMSOIL Grand National Cross Country Series will take place in Mt. Morris, Pennsylvania at Mathews Farm for the 2nd Annual Rocky Mountain ATV/MC Mason-Dixon GNCC this Saturday, September 28 and Sunday, 29. As usual, Kailub Russell is leading the XC2 Pro class, but the man who is getting more and more attention is New England rider Ben Kelley, who has already clinched the XC2 class and is sitting in fourth overall in the combined ranks. Kelley is undefeated this year in the XC-2 class. Kelley has also dominated the J-Day off-road series on his home turf.

After the summer break, the National Grand Prix Championship Series will resume next week in Ridgecrest, California. JCR’s Trevor Stewart is unlikely to be thwarted in his attempt to repeat as series champion. His main rival, Zach Bell, is sitting in third despite the fact that he never intended on riding the entire series. His primary goal this year was always the WORCS series, but because of schedule conflicts, he could not do both. Ciaran Naran is also looking good in the Pro 2 class with a 22 point lead and three rounds left.

Zach Bell achieved a personal milestone by beating Taylor Robert heads up at the final round of the Sprint Hero series this weekend. Here’s how it looked from his point of view.

The Lucas Oil Pro Motocross schedule was announced this week. There aren’t any big changes in store. The new venues from 2019 are back: Fox Raceway will again be round two and the Florida National will be fourth. Hangtown, Southwick and Unadilla are the classics of the series. It will once again be broadcast on both MAV TV and NBC Sports. 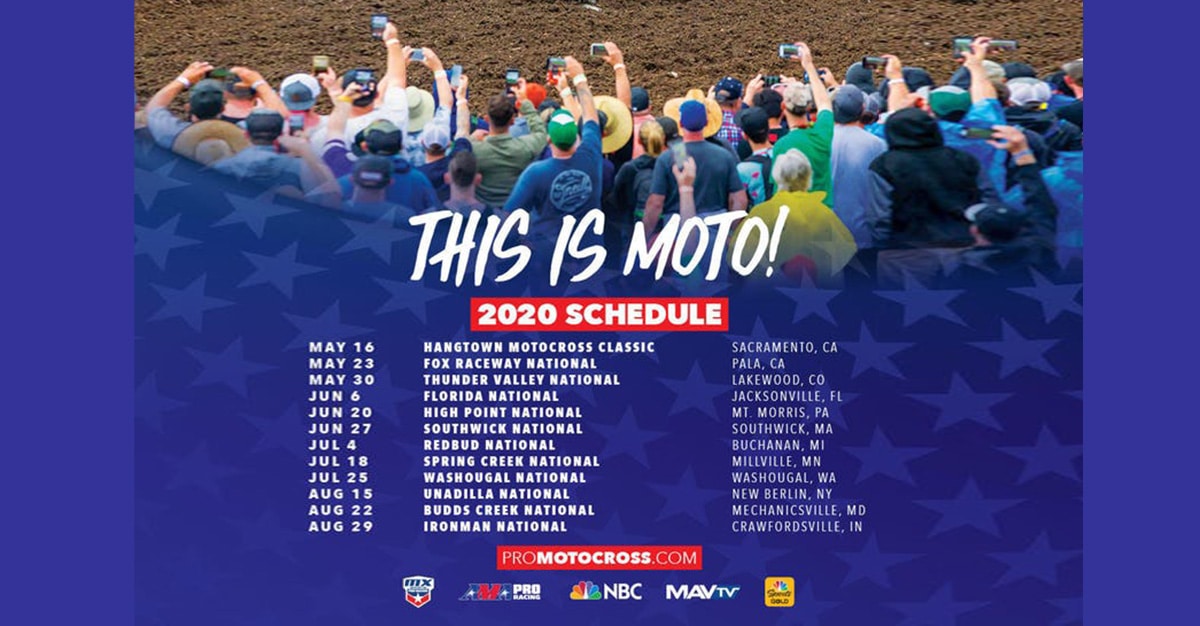