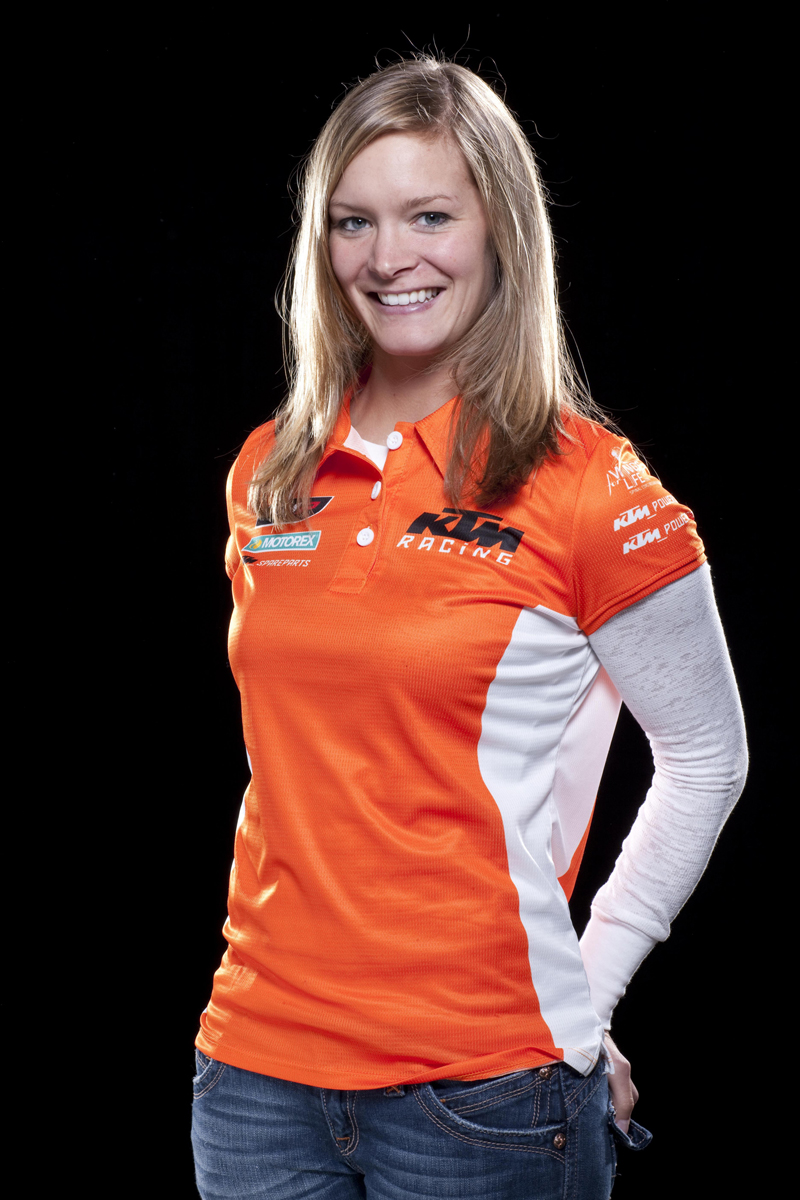 This marks the first year KTM has put a major effort behind an all women’s endurance team. The 24-hour team will be supported by KTM and RPM Racing. The team consists of current RPM/KTM Team riders Maria Forsberg and Kacy Martinez as well as Jagermeister/KTM rider Sarah Whitmore and the newest member of the team Sherri Cruse.
Maria Forsberg
The RPM/KTM Team has already had great success this season with Forsberg wrapping up the 2010 GNCC Women’s Championship Title and Martinez earning the 2010 WORCS Women’s Championship Title. Now with two additional members they are looking forward to earning another victory in the women’s class at the 24-hour event.
Kacy Martinez
Sarah Whitmore

The team will compete upon the KTM 250 XC-F electric start race machine. The women’s team will pit under the FMF/KTM Factory semi truck and will have full support from KTM Factory technicians. To get regular updates during the 24-hour event please follow: www.twitter.com/ktmusa.