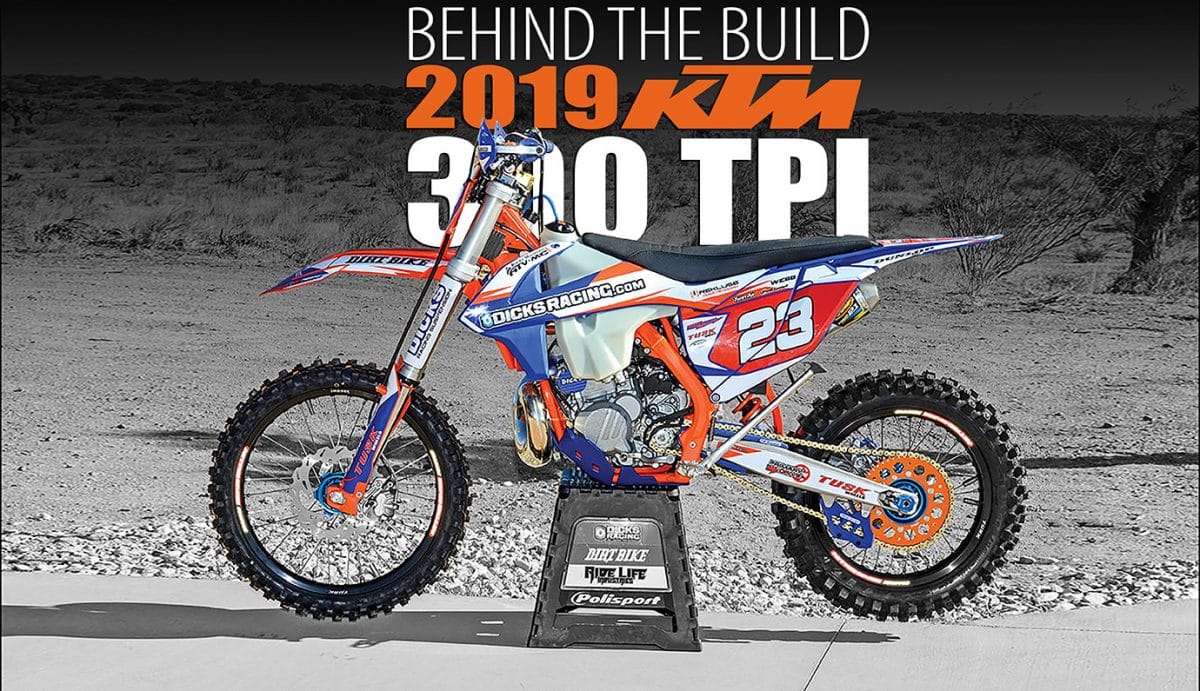 As we spend more time with the KTM 300 TPI, we find ourselves becoming more and more infatuated. The power is linear, brutally usable and vibration-free, and the bike is a joy to ride. If there is a weakness, it is a lean feel in the middle of the powerband. Under normal trail riding conditions, this is manageable, but, under the gun, when you’re trying to conquer monster climbs, you can feel it go tinny. More meat in the middle of the powerband would be great. The suspension is soft and targets smaller riders and tight trail work. Faster terrain and larger riders (over 170 pounds) require stiffer suspension that remains versatile.

Dick Wilk, a good friend and rider, runs Dick’s Racing. His personal machine is a KTM 300 TPI, and because he rides, he set up the machine to his liking. Like us, he wanted to improve the midrange power, give it some necessary protection and enhance the suspension so that it could chew on a larger chunk of the western off-road landscape.

MORE MEAT
Dick’s Racing went at the engine with the sole goal of improving the tractable and manageable power that is already quite efficient in stock trim. The KTM two-strokes, and this includes the 300, run a very low compression dynamic designed to work with fuels that have low octane ratings. Dick modifies the head to increase the compression ratio. He adds ‘Torque Grooves’ to maximize proficiency by aiming the compressed fuel/air charge directly at the spark plug. The goal: more torque and less detonation. 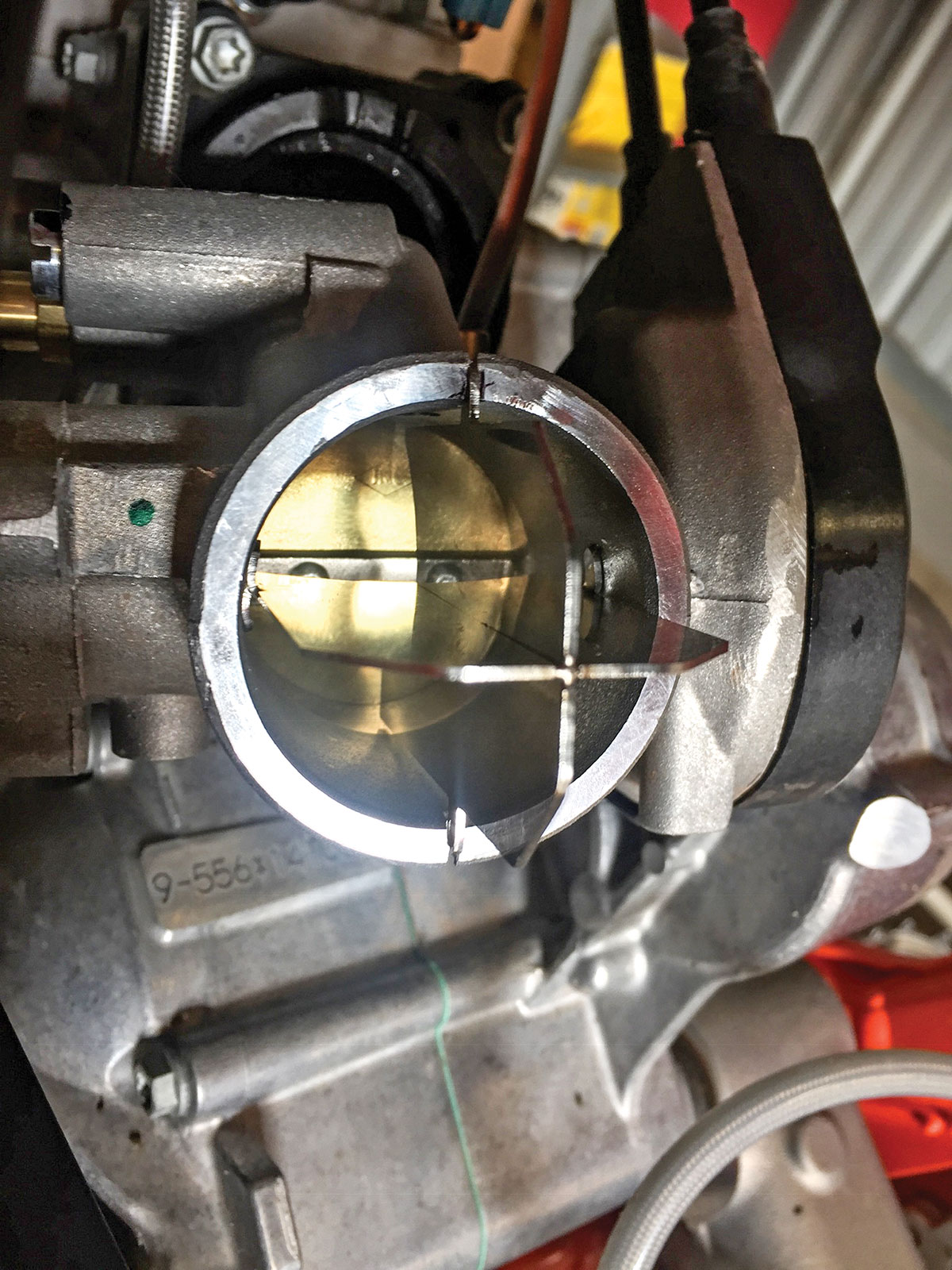 Dick’s Racing is a big believer in the Thunder Products Torque Wing. This air-flow stabilizer reduces turbulence in the throttle body and targets improved throttle response. It mounts on the air filter side of the throttle body, improves fuel atomization, controls the rolling turbulence associated with a drop in air velocity (below half throttle) and manages this turbulence all the way to full throttle. The goal: better engine response. 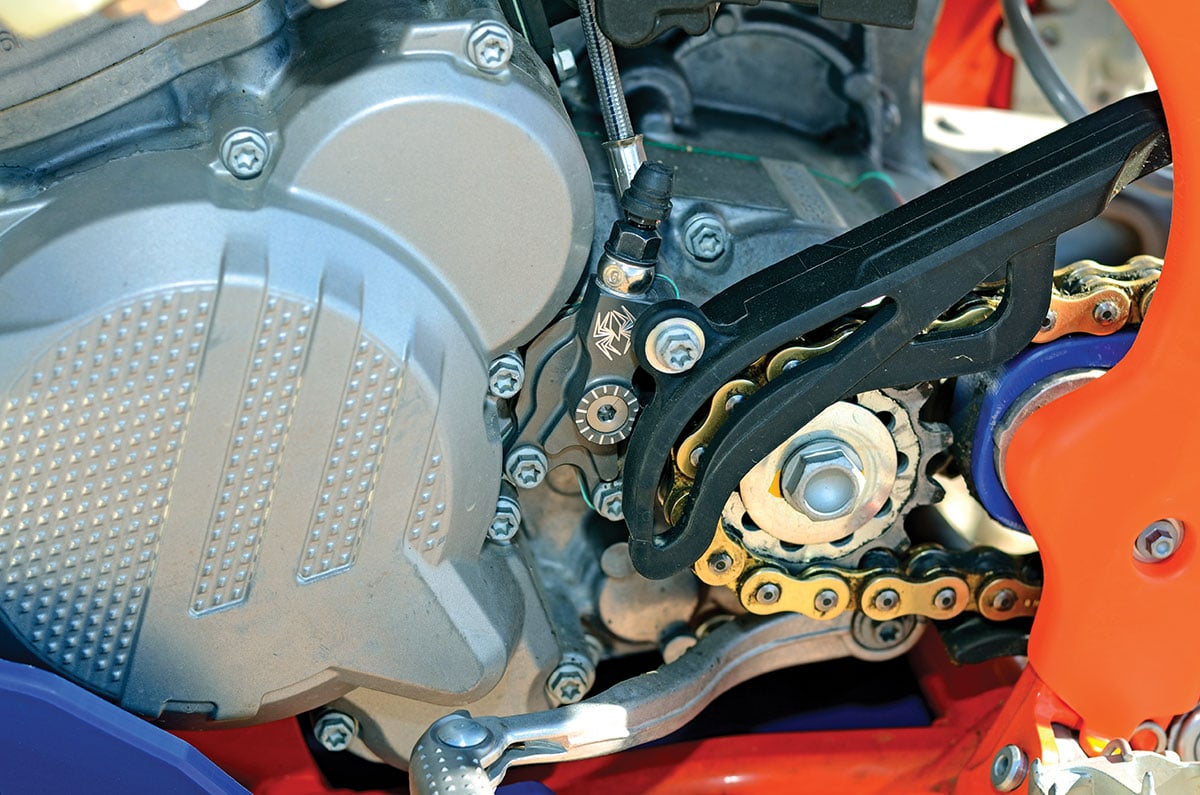 FMF provided one of its Gnarly pipes, designed specifically for the TPI machine, and a 2.1 silencer. When we talked to FMF about the 300 TPI, they said because it is transfer port injected, making more power is a true test. But, FMF works with some of KTM’s top off-road athletes and over months of testing has come up with a strong combination. Both the gnarly expansion chamber and the power core muffler are dedicated to the TPI machine. The goal here was to increase the bottom to mid power and retain good over-rev.
With all these modifications, the standard ECU (too lean stock) had to be modified. Dick installed a JD Jetting Fuel Tuner (it sits right on top of the standard ECU) and modified the flow to work with his engine mods. This is a key modification, with the goal being stronger and broader power. 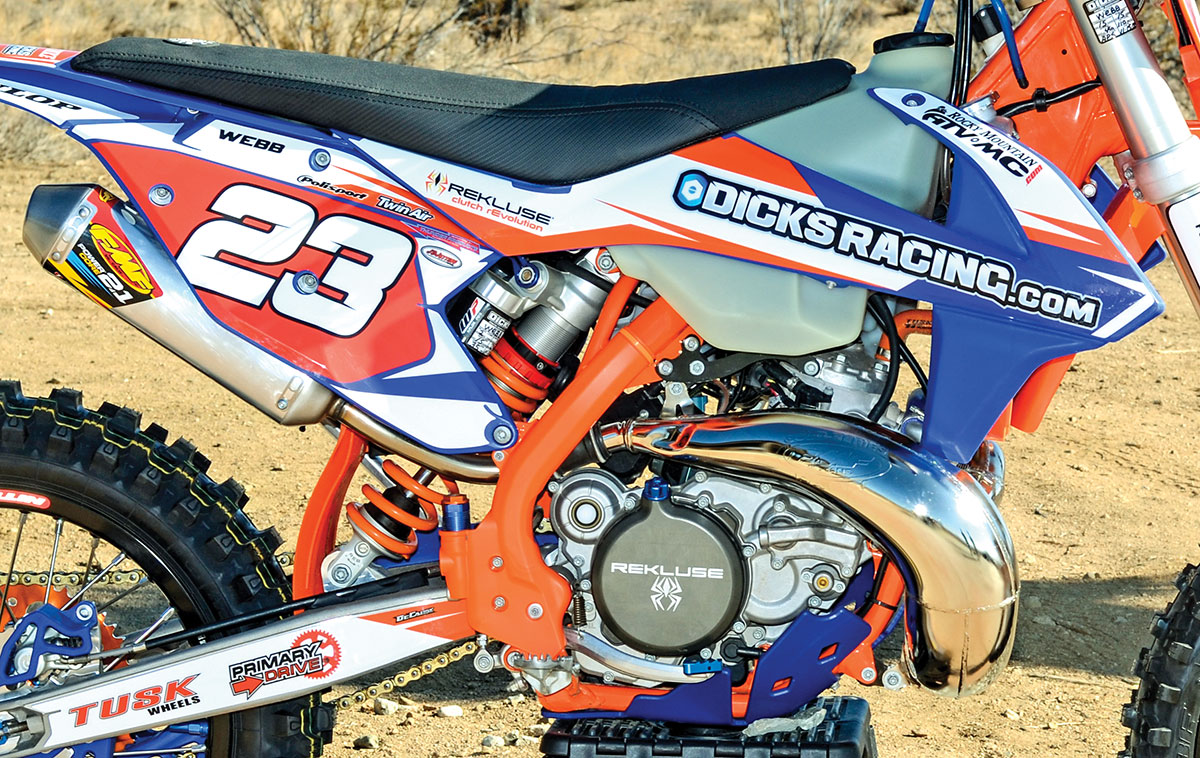 In an effort to make the 300 nasty good in the tight stuff, a Rekluse Radius CX clutch was installed. With the combination of Core, EXP and Torque drive technologies, this auto unit is high tech. This is an auto clutch (start and stop without touching the clutch lever) but lets you use the clutch lever to override the auto feature. It uses principles of centrifugal force to automatically engage and disengage the clutch based on rpm. The KTM system from Rekluse includes an adjustable slave cylinder that helps hugely when dialing in the clutch engagement. The goal here: increased tractability, more control in nasty terrain and less stalling.
Finally, the kickstarter, shaft and gears were removed. A plastic plug was machined to take its place. This removed 2 pounds, and then an additional 3 pounds were shaved off by removing the thermostat, tail light, and headlight. The goal here was to lighten the machine.

THE SUSPENSION
In stock trim, the Xplor forks are softly sprung and lack proper damping (they’re divey) and compression adjustability. According to Dick, the right fork is doing all the work while the left fork is basically just a spring holder. The adjusters are split (compression left/rebound right side), but the compression side has little effect. Dick’s Racing’s answer is a proprietary system called APS. The left fork is converted into a speed- and position-sensitive progressive damping system. A custom piston is made in-house that uses shims combined with holes in the damping cartridge to provide action that is plush initially but gets stiffer as it travels through the stroke. The compression adjuster has a wide range and is controlled via the knob at the top of the fork. On the right side, the internals are altered to provide less dive, more rebound to control the stiffer springs and increased bottoming resistance. The goal: increased control, more versatility for varying terrain, and enhanced adjustability.
THE SHOCK
The Xplor shock features a smaller body than the older PDS versions yet retains the large 18mm shaft. Dick noted that this combination displaces more oil than previous models, resulting in a stiffer damping curve. In addition, there is a new piston/cylinder bottoming control device similar to what the 85SX used for many years. Dick’s Racing pointed out that even with the changes, there is a tendency to blow through the stroke and bottom out excessively. To combat this, the shock was re-valved for more low-speed and high-speed compression damping. In addition, rebound damping was increased to match the stiffer spring (6.7-8.0) required for the 220+ club. The goal: better resistance to bottoming and a more planted feel in rough terrain.
WHEELS, TIRES, PROTECTION & COMFORT
Tusk wheels were installed because they have proven to be tough, although slightly heavier due to thicker spokes and dual bearings on the drive side. They were fitted with Dunlop MX33 tires and Nitro Mousse foam tubes. The front was standard stiffness, and the rear was the new “soft” version to simulate 8-10psi. Once assembled, both wheels were balanced with bolt-on wheel weights for smoother action and no oscillation at higher speeds. Tusk brake discs were used in place of the stockers. The goal: increased durability, better traction and no flats!
Protection was provided for the upper fork guards via Dick’s Racing guards. A TM Designs skid plate, rear disc guard, chain guide, caliper guard and swingarm protector all provided enhanced coverage where it was spotty and more durability over stock for the chain guide and swingarm chain slapper. Acerbis fork lug protectors, radiator guards and clutch/brake master cylinder covers gave increased coverage in areas that catch roost and are prone to rock slamming. The goal: additional protection. 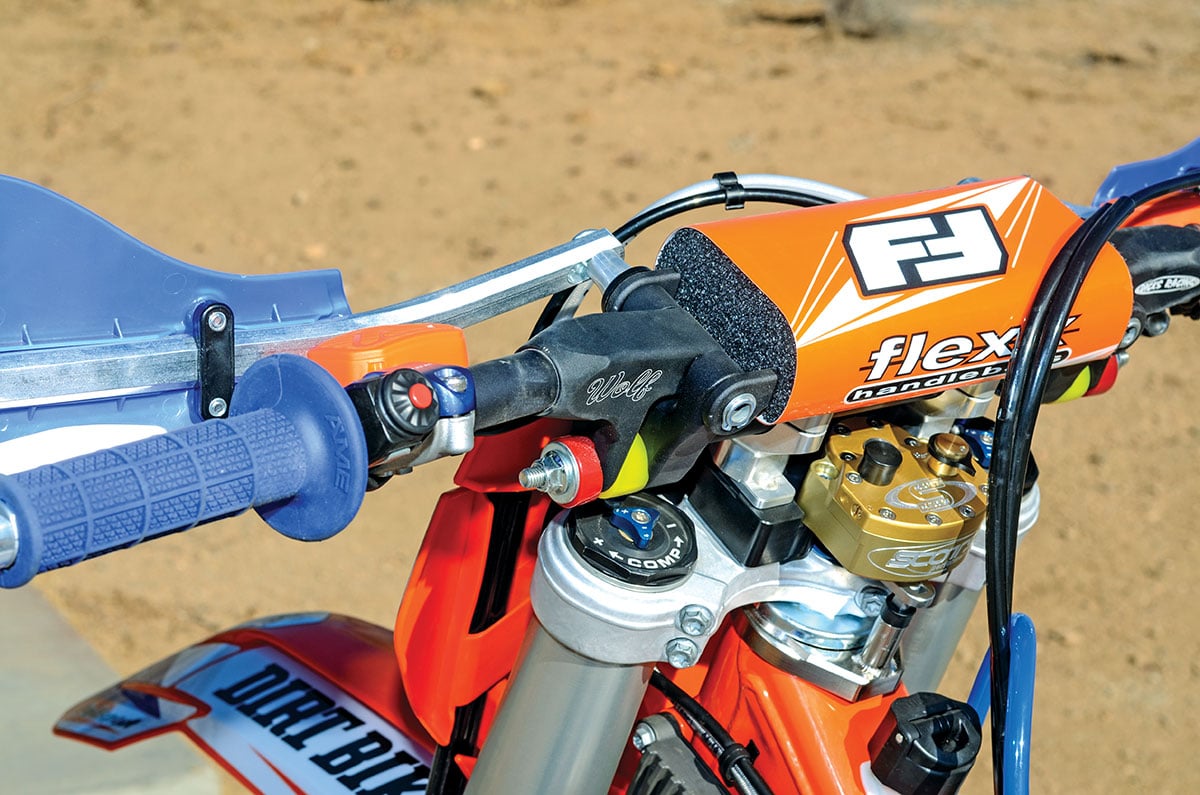 In the cockpit, a Seat Concepts comfort saddle was used. It is taller than stock (a good thing for us!) has much better foam and has a cover that is both grippy and comfortable. We told Dick that we wanted a Scotts Steering damper for its damping adjustability and control in ugly terrain. Flexx bars were used because they’re strong and easy on the hands (since they move under duress). The goal: comfort and control. 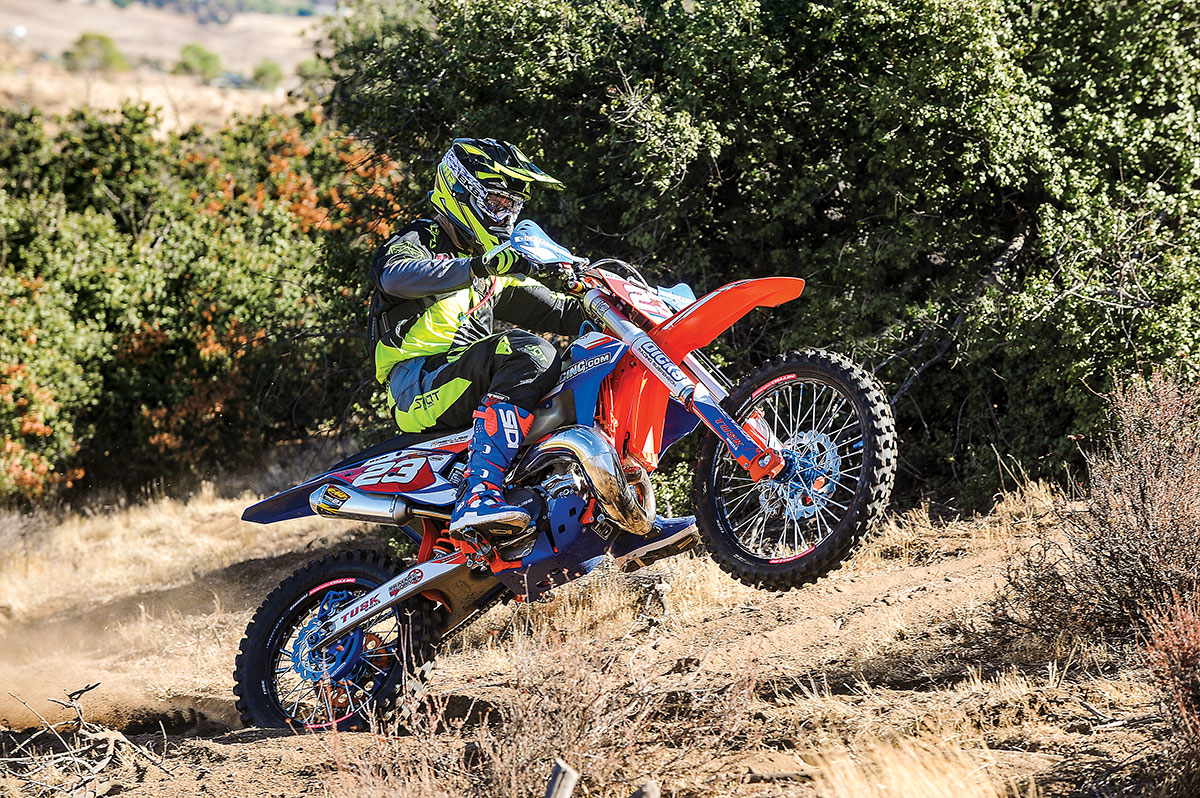 THE TRAIL TEST
Here’s the skinny. Dick’s suspension mods worked because our test terrain demanded stiffer settings for our rider size (200 pounds) and speeds where the stock WP units were just too soft. The fork is definitely more planted, doesn’t dive and rewards the rider with positive input. The same can be said for the shock. We realized improved traction and better hard-hit damping and bottoming resistance. Kudos to the Scotts damper; it tends to slow down the feel of the front end, but the increase in control is well worth it.
On the performance side, the powerband felt meatier, but we lost a little of the quick hit. This was due to the Rekluse clutch. It’s almost like adding a flywheel, so the power tends to build slower. Still, the clutch is pure magic in the tight stuff. Get in a rocky, ugly canyon and you can get through it flopping like a harpooned trout. And while the clutch lever does work (if you want to override the auto feature), the pull is taut with zero play in the lever. Once you are used to it, it’s hard to go back, but riders who crave the light feel of the stock clutch and the smooth, quick power lose just a bit. 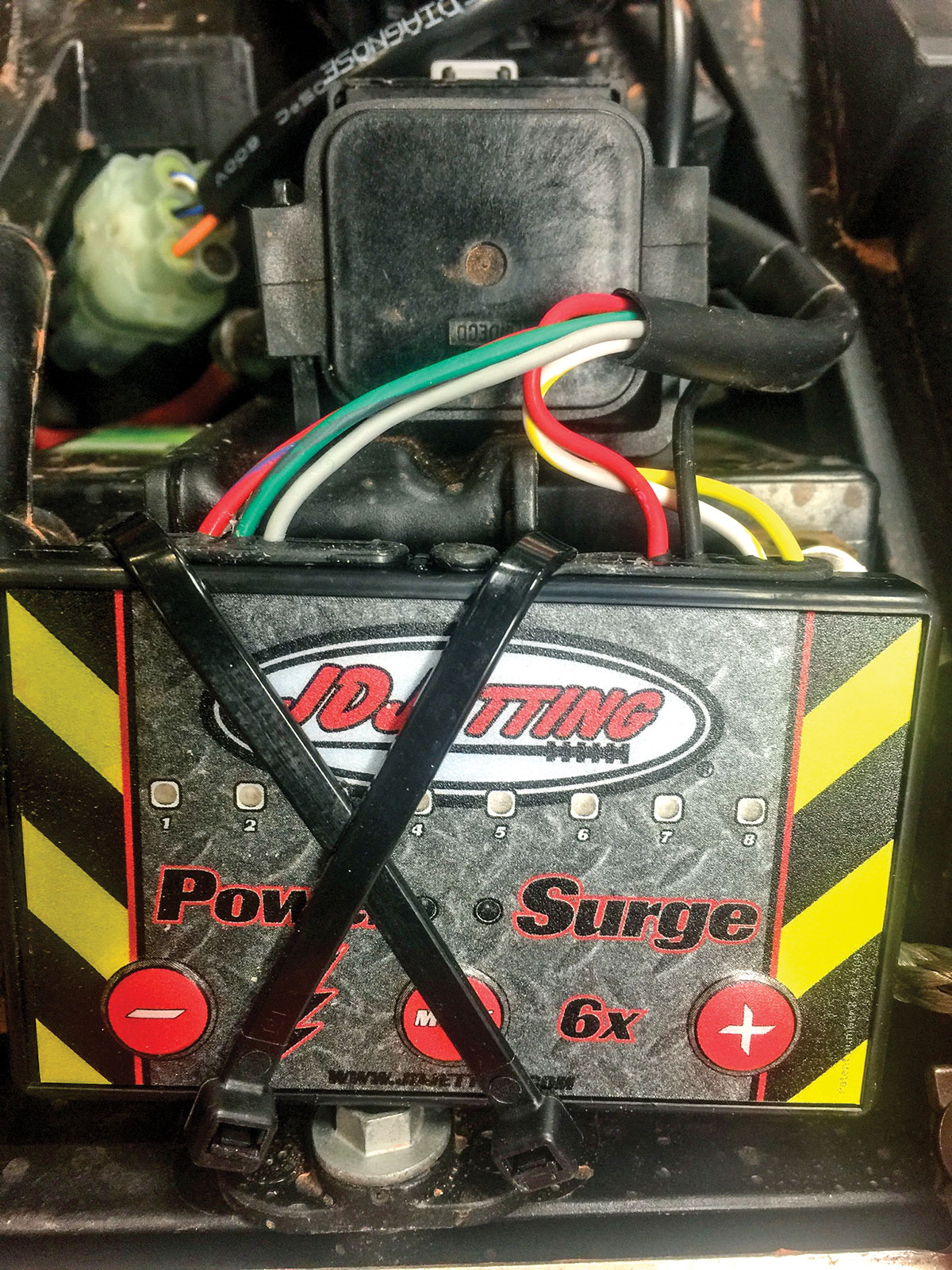 Dick’s Racing’s motor mods gave the machine some mid-muscle, which was good. It translated into a broad powerband with all of the parts working nicely together. Who gets the credit? Dick’s Racing’s engine mods, FMF and JD Jetting’s tuner all played key roles. And finally, Dicks’ solutions for adding comfort, protection and increased traction, along with removing even the thought of getting a flat, were all effective. 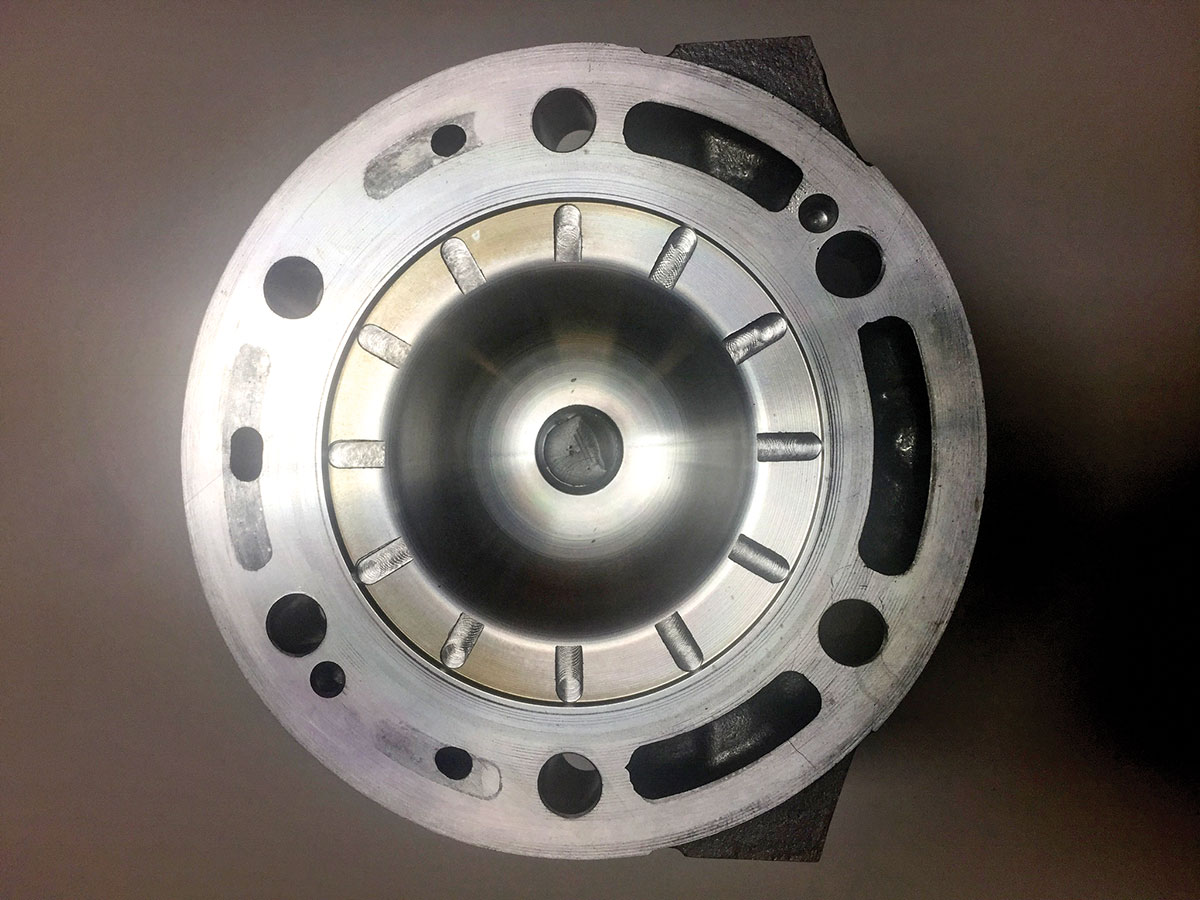