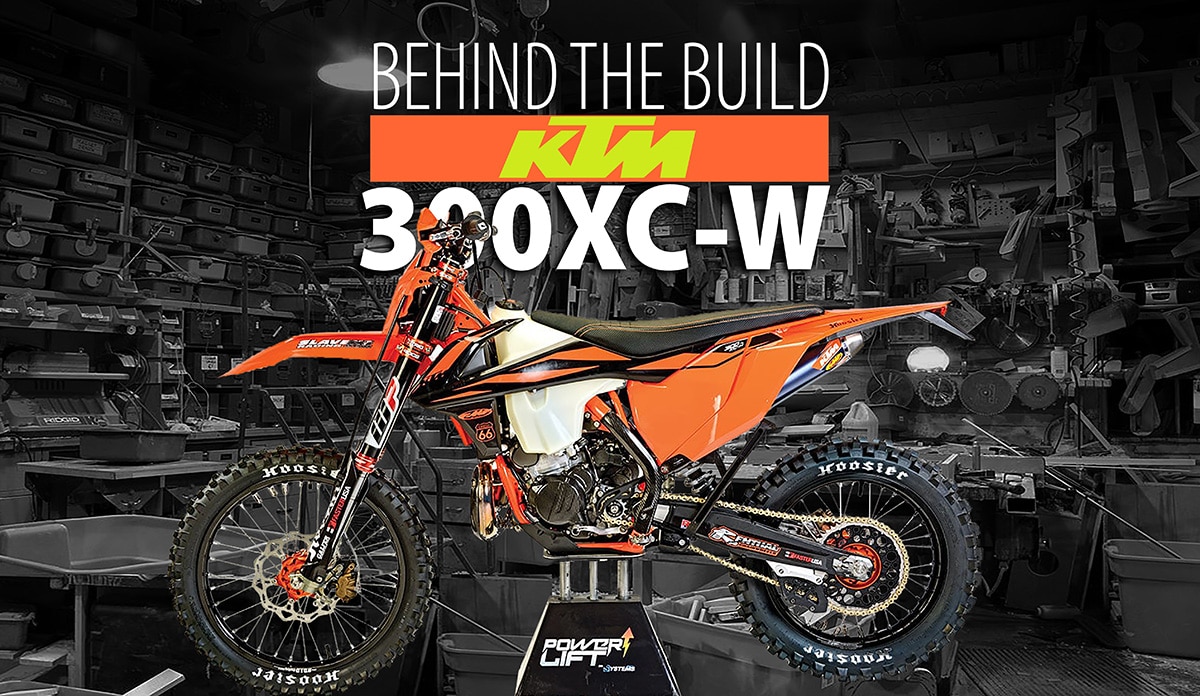 Every once in a while we run into a full gonzo enthusiast who has the means and the vision to build a machine without the normal restrictions that hinder most of us. These guys get the machine that fits their needs, and before it ever scratches the dirt, it gets set up. And we’re not talking about grips, bars and stickers; we’re talking about a full suspension rebirth, engine and performance updates, weight savings via expensive hardware, wheelsets that can run at the factory level, and enough high-end parts to race head to head with the elite pilots in our world.

But in this case, the rider does it for fun. Shaun Langham started racing in 1977 at Indian Dunes. After marriage and having kids, his son (Tanner) got totally hooked on moto. Tanner raced amateur MX from the age of 3 to 17, landing a ride with Suzuki’s support team. Shaun had been dabbling in riding, buying several of Jim Holley’s old race bikes in the ’90s. Once Tanner hung it up, Shaun got into it. He’s owned three of Holley’s YZs, Erik Kehoe’s CR250, a new ’98 YZ250, and a ’98 YZ400. In 2007 Shaun got serious and has owned over 30 dirt bikes in total, not counting the 40 he bought for his son when he was racing!

Prior to his newest acquisition, Shaun rode his very fit and nicely adorned KTM 500EXC. In his words: “Right about this time, I was wanting to try a KTM 300, since all of my off-road buddies had started to get them. I had just bought some property in the desert with some good buddies and was still riding my EXC500. Then I saw you [Tom Webb] were riding one and Tipper had just bought his, and you were both really happy with them. So, without even riding one, I got a wild hair and picked one up from Andy Anaya at Chaparral. This was the best decision I could’ve made. I absolutely love this bike! I’ve ridden it up in the Paiutes and out at our property. I can see myself not riding the 500 much, unless I force myself to get on it. The 300 is just such a great bike. Doubt I’ll ever be without one.”