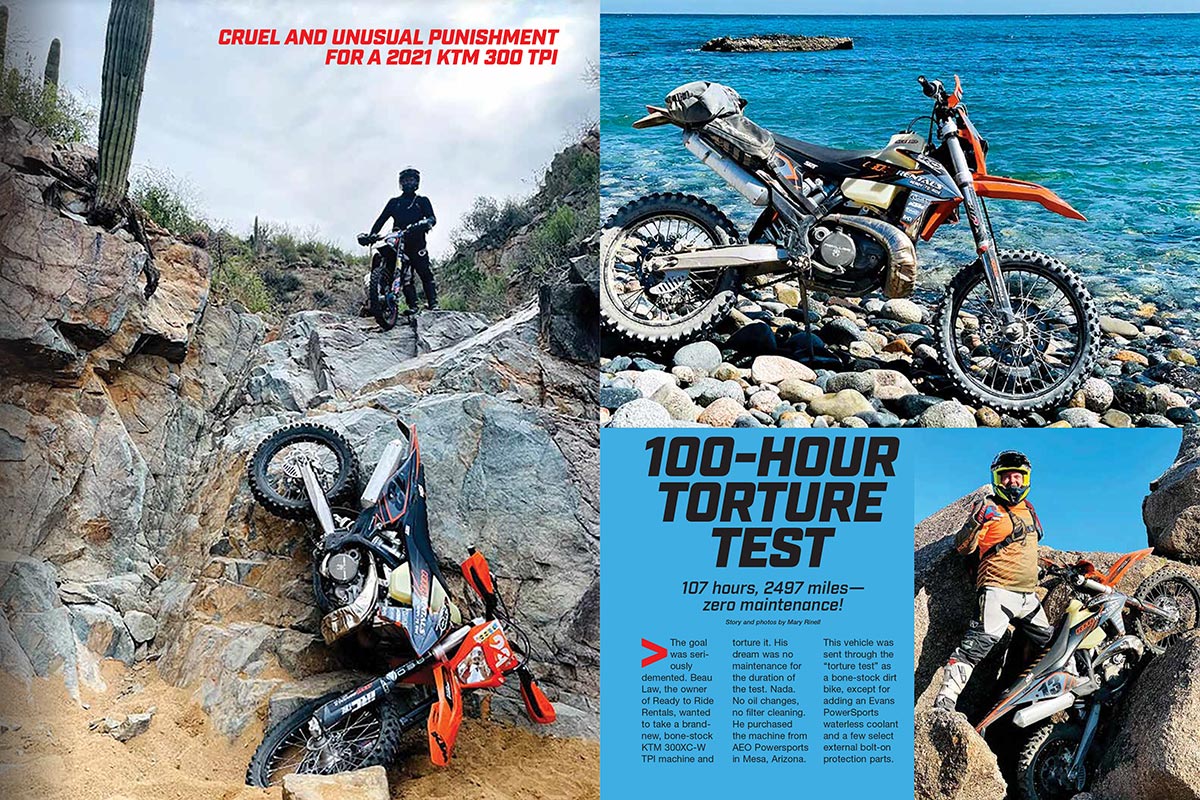 The goal was seriously demented. Beau Law, the owner of Ready to Ride Rentals, wanted to take a brand-new, bone-stock KTM 300XC-W TPI machine and torture it. His dream was no maintenance for the duration of the test. Nada. No oil changes, no filter cleaning. He purchased the machine from AEO Powersports in Mesa, Arizona. This vehicle was sent through the “torture test” as a bone-stock dirt bike, except for adding an Evans PowerSports waterless coolant and a few select external bolt-on protection parts. 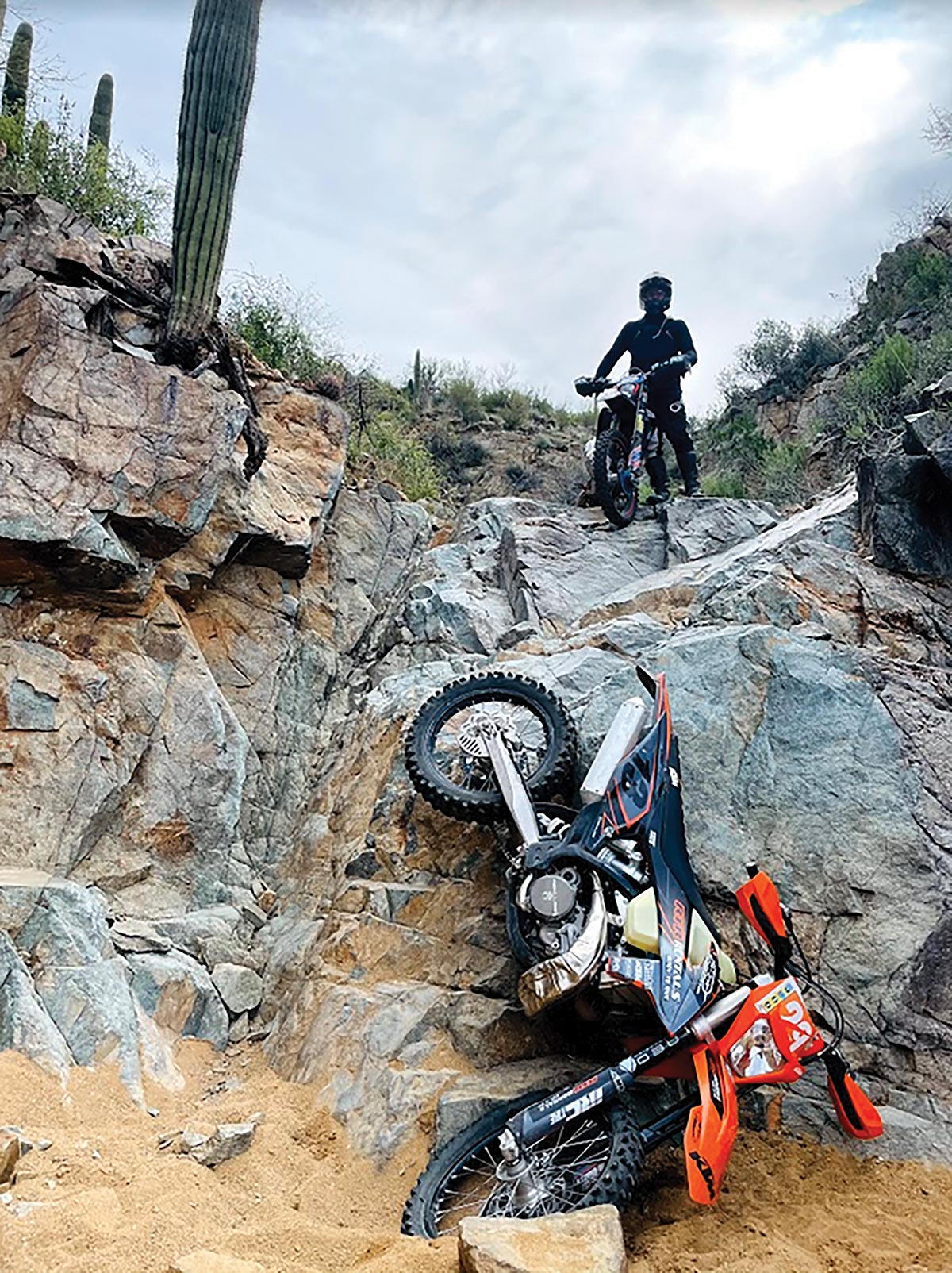 Here’s a look at the schedule of pain-inducing events:

In the words of Beau, “It’s down on power but never missed a beat. They said it couldn’t be done. They said it was crazy, but it’s still raring to go! This ’21 KTM 300XC-W from AEO Powersports has set the bar high. It has literally been put through hell, drug out and put right back through it again. Why? All just to show exactly what it’s capable of.”

Sonic Patterson, a 20-year mechanic and bona fide orange bleeder, and the staff at AEO Powersports let us come witness first looks at the insides of this beast post-abuse. After a quick gaze at the air filter, which surprisingly held firm without letting the slightest bit of dirt in the intake, Sonic drained the original oil and checked for debris or other foreign particles. He found none. “Considering this went for over 100 hours, it looks exactly as expected, if not a tad better. Zero foreign debris; so far so good,” Sonic advised us. 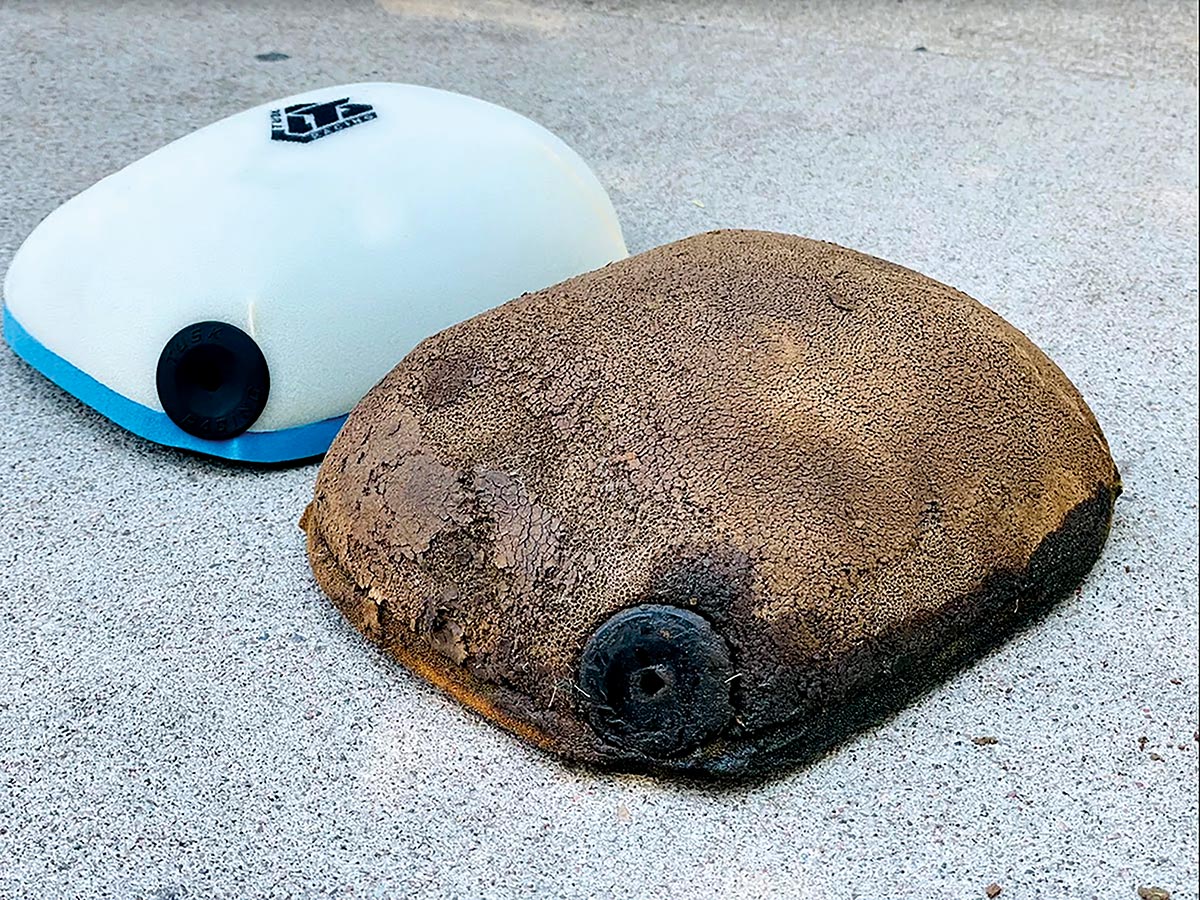 With little to no visible damage or running issues within the motor, Sonic removed the head and took a close look at the vehicle’s top end. At first glance, the piston showed little to no signs of wear and minimal carbon buildup. “Remarkable,” he mumbled as he inspected the piston ring gap further, determining it was within spec. “The cylinder will only need a slight honing. Overall, no visible damage and pretty normal wear considering!” Sonic told us.

The rest of the inspection went quickly and easily, with minimal heat exposure visible on the clutch plates and literally zero mechanical concerns. A very impressive result for such an intense amount of riding and virtually no maintenance! 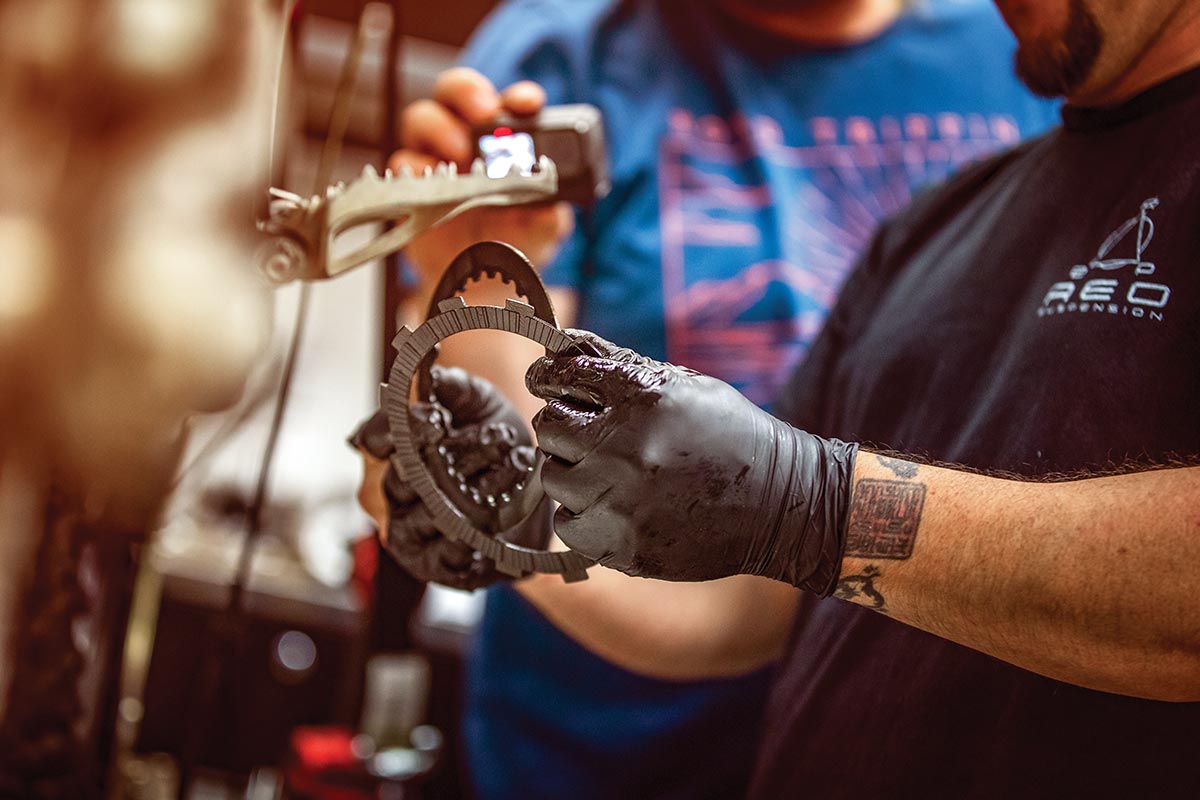 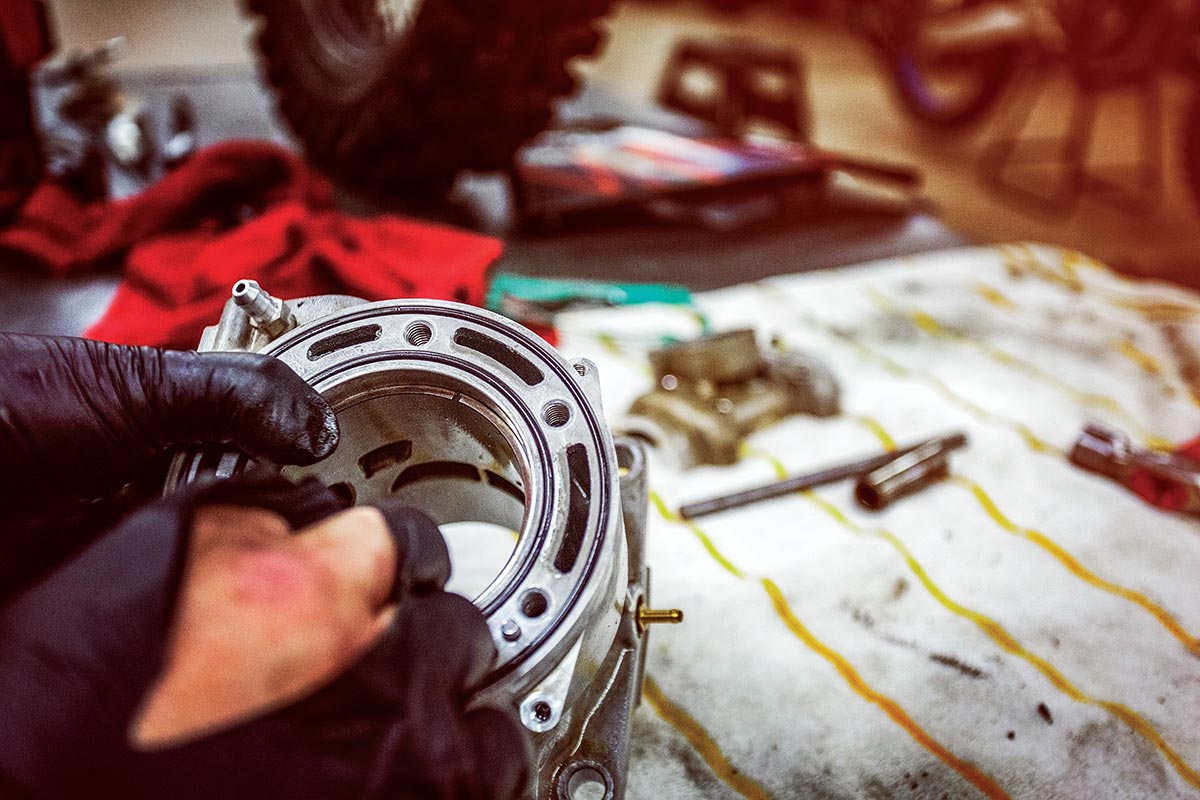 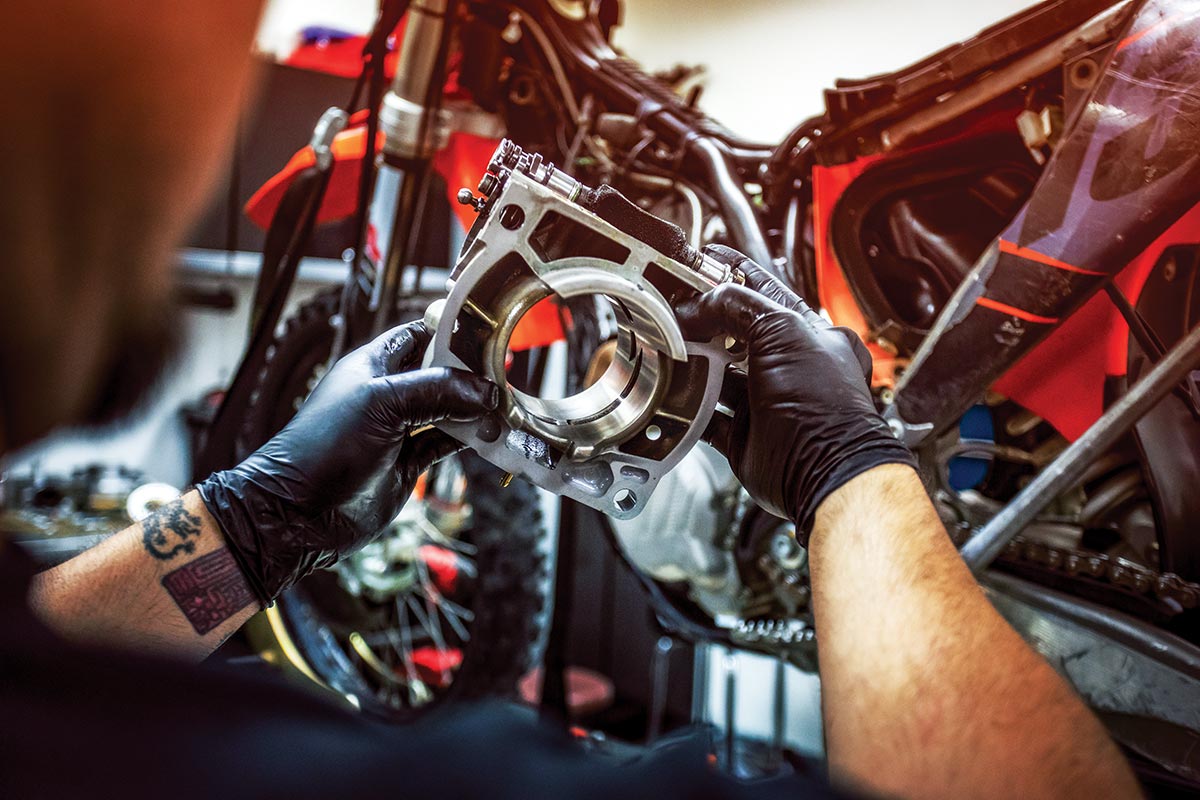 On the tire side of things, Beau decided to use an IRC iX-09W tire for the front that lasted the entire 100-hour test. The rear tires included an IRC VE-33, which lasted 1636 miles or 50 hours; an IRC JX8 Extreme, which lasted 28 hours; and a VE-33S Gekkota, which stayed on for the remaining 29-hour torture test. 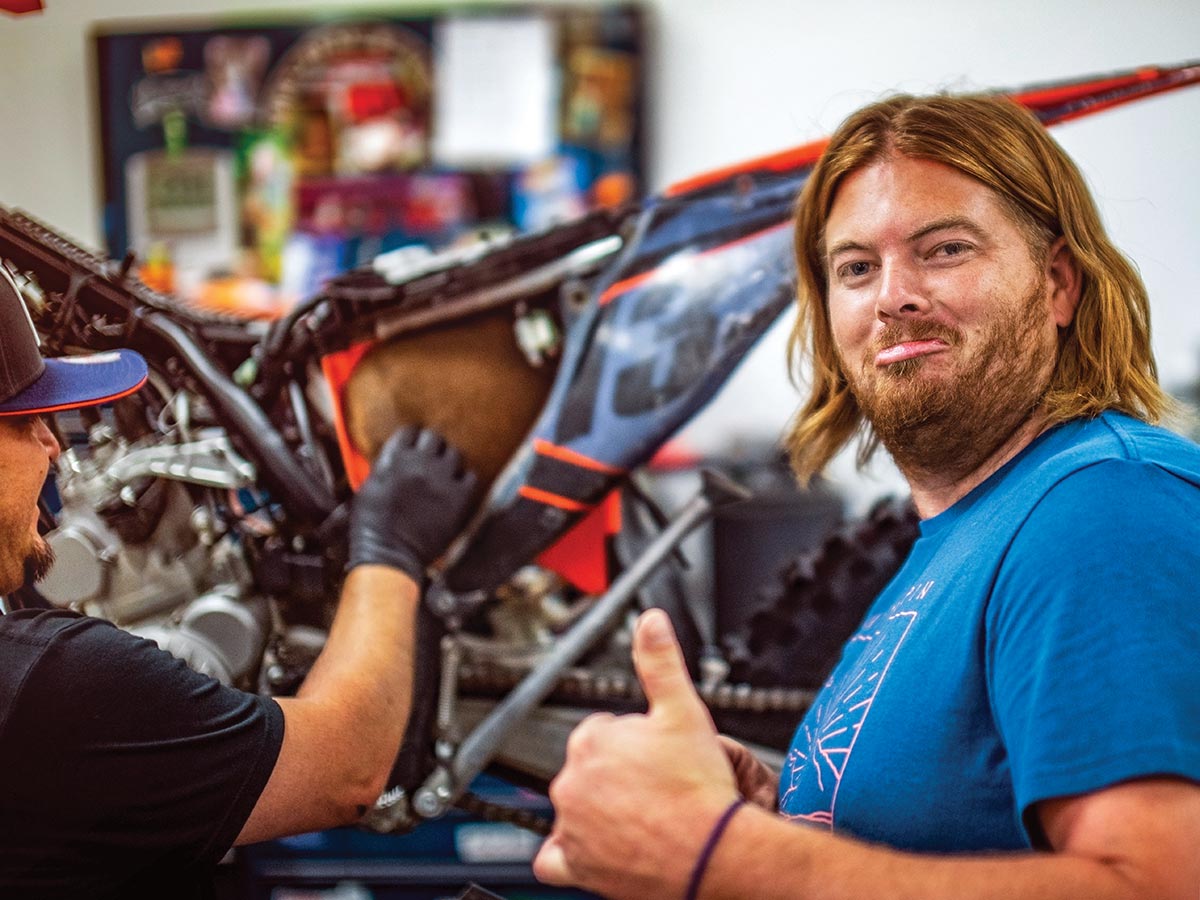 In the end, this proved just how incredible the current king of the off-road two-stroke planet is. Who would have guessed that a fuel-injected, electric-start-only, two-stroke racing machine could go 100 hours of extreme hardship without an IV of mechanical love? Was this test stupid? Maybe. Did it defy the odds? Absolutely!

Special thanks to Sonic Patterson, AEO Powersports KTM master technician with over 20 years of shop time.
For more information on Ready to Ride Rentals, visit www.readytoriderentals.com.