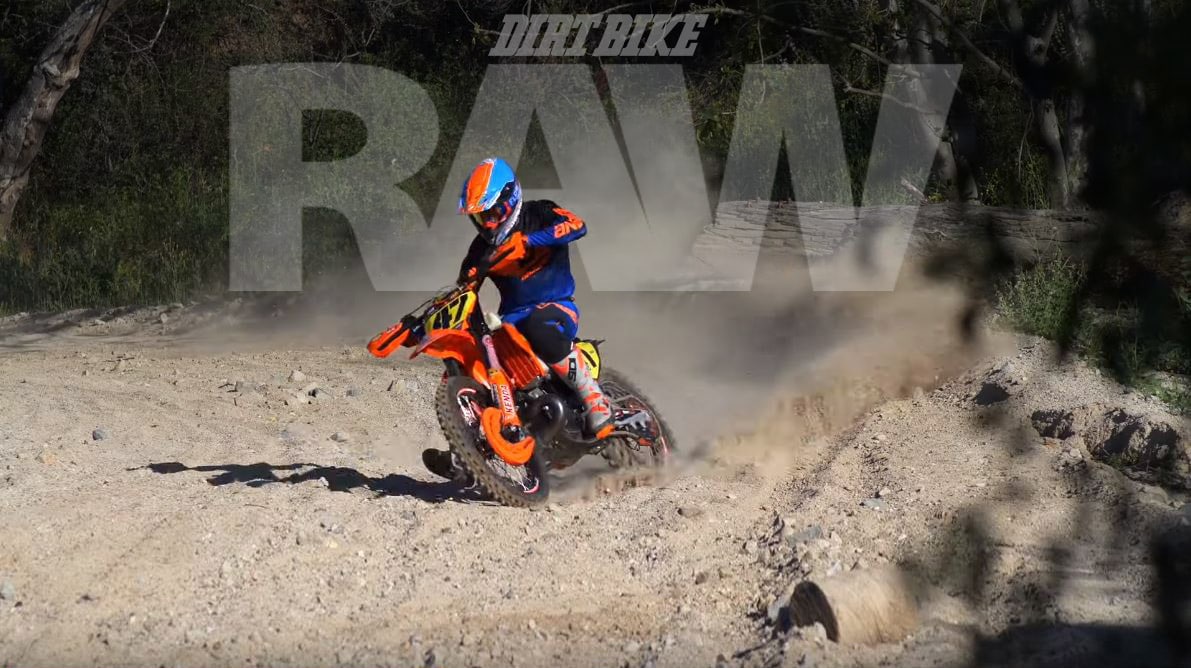 Dirt Bike and Troy Vanscourt built a KTM 250SX into a cross-country bike for District 37 racing, figuring that the lighter weight and the more aggressive motocross power delivery would give him an advantage over the off-road bikes and four-strokes that he would race against. The SX model still has no electric start, no fuel injection and a five-speed gearbox. The bike was featured in the print edition of Dirt Bike magazine. Here’s how it sounds and looks  in motion.