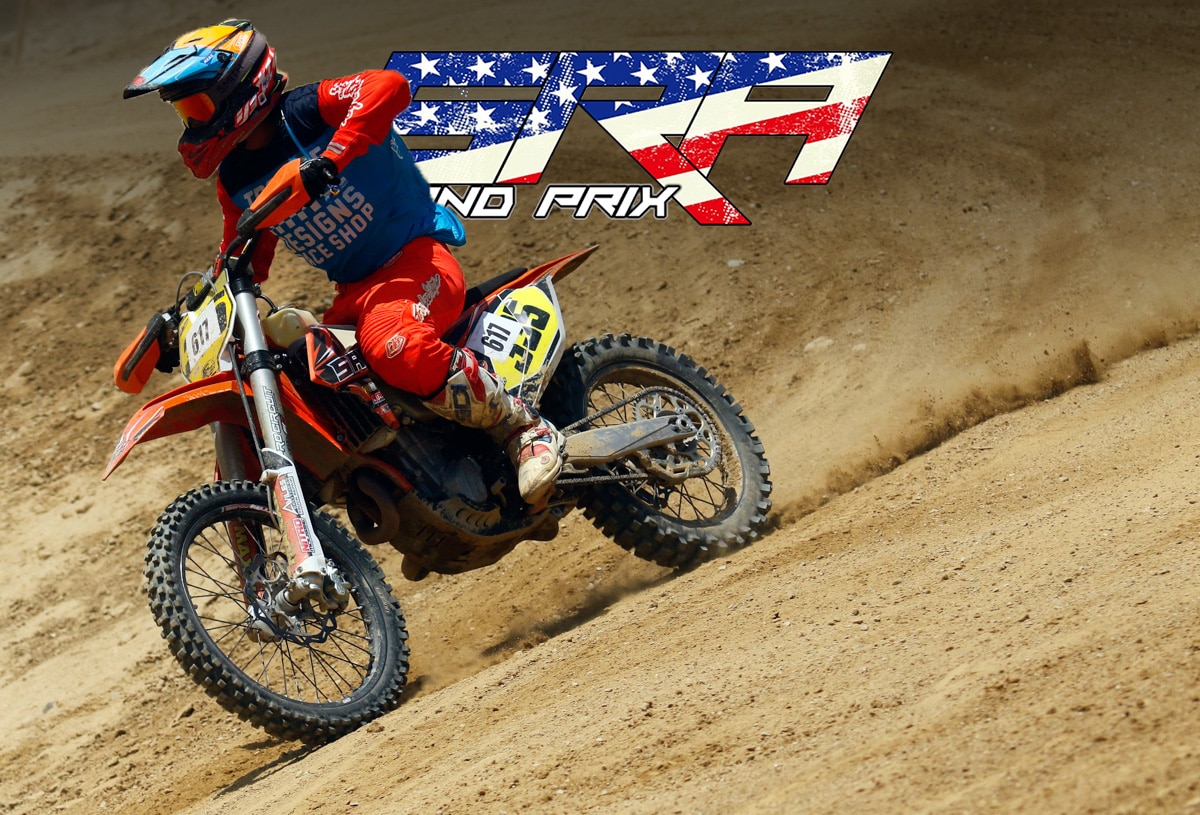 With the infamous 24-hour of Glen Helen quickly approaching in the coming weeks, the SRA GP crew took advantage by throwing a 2-hour night race. The 6+ mile GP course  saw over 100 motorcycles with mounted lights. Racers would have the opportunities to work out the kinks of light setup, team bonding, and, overall, a great time racing with SRA. As the first wave of racers tackled Glen Helen’s Talladega corner, Trevor Hunter nailed the holeshot and opened up an impressive first lap that saw he and Tyler Belknap have an almost 10+ second lead. Before the green flag was thrown, the Kilmartin Racing team of Nick Stover and Jake Alveraz was running back to the pits with their gas tank leaking fuel on the start. When the green flag dropped, they were nowhere to be found; after five lines of racers took off, the Kilmartin bike came storming out of the pits and hit the track 2+ minutes after the first line took off. With Belknap and Hunter starting to settle into a pace and walk away from the rest of the competition, the hunt to the top for the 3BROS/KILMARTIN KTM team seemed out of reach. As the first hour of the racing continued, the group of Hunter and Belknap were riding at ease with no sense of urgency and were clicking laps off as they had done in the past. After a last-place start, Alveraz and Stover had impressively pushed their KTM up to 2nd overall but seemed to have a YO-YO effect with the leaders. Alveraz would gain ground, but Hunter was able to match Stover’s pace. Just after the first hour, the leaders experienced their first set of problems; Belknap came into the pits with a hopping rear tire as he bounced his way into the holes. The team would take a longer pit which gave the ground needed for the Kilmartin duo to catch up. As Stover hopped on and Hunter took off, the two could be seen lighting up Mt. Saint Helens and railing the MX track before exiting to the off-road portion. As the act of anticipation started setting in, it was Stover who made the pass and opened up his lead on Hunter. With Alveraz jumping on and another long pit out of Hunter’s team, the Kilmartin team stretched out their lead and took top honors when the two-hour mark came around. Hunter’s team stilled nursed a 2nd place finish with Ryder Partridges team finishing a close 3rd. The 30+ Expert class was ruled by AHM’s owner and rider Brandon Peterson and brother-in-law Kurt Samuelson. The duo showed consistent lap times and, at times, was pressuring the Partridge team for 3rd  but ultimately settling for 4th overall. Dana Drier shined bright in the Ironman Expert class, at times running in the top 3 overall but eventually settling into pace and taking the win. Sunday’s racing was canceled due to an unforeseen incident; SRA will pick back up on October 16th and be back to its traditional race schedule.