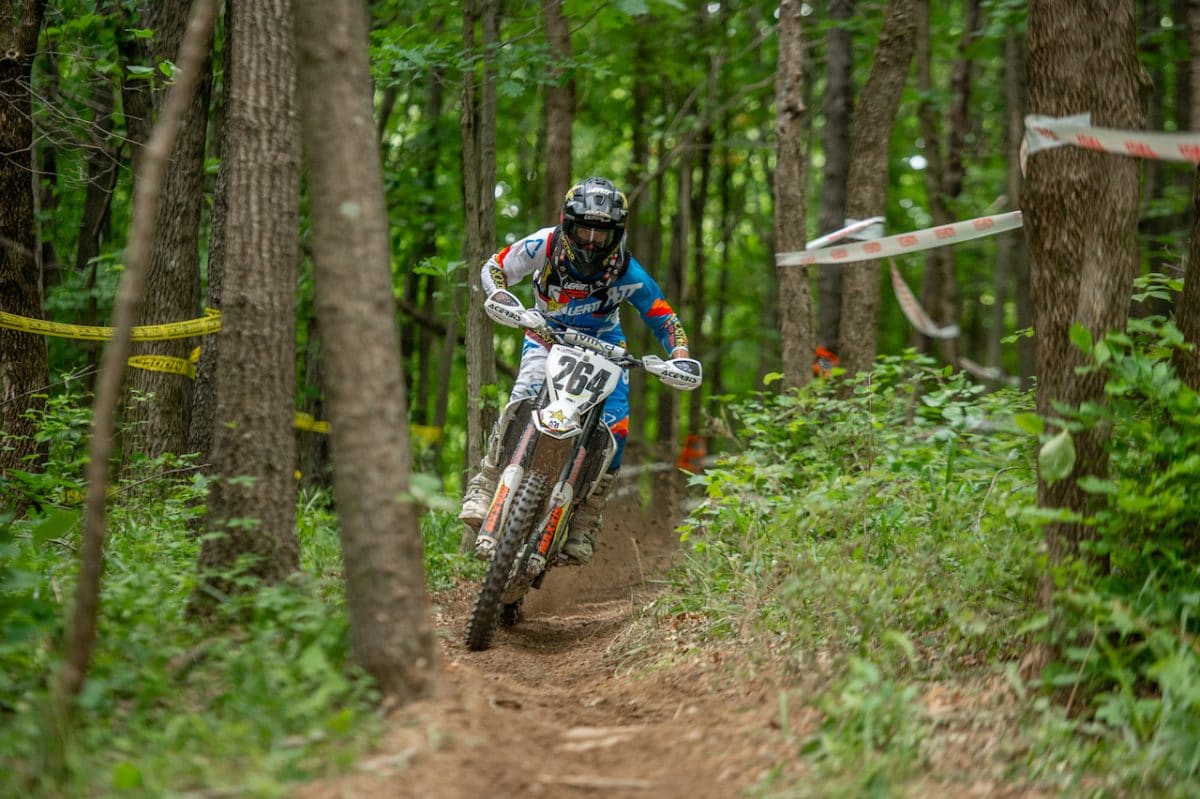 After finishing third at the pervious round in Axton, Virginia, Rockstar/Leatt/Maxxis Husqvarna’s Ryan Sipes returned to his winning form with a solid victory at the Jolly Mine Sprint Enduro this weekend, round four of the Kenda Full Gas Sprint Enduro Series in Wellston, Ohio. 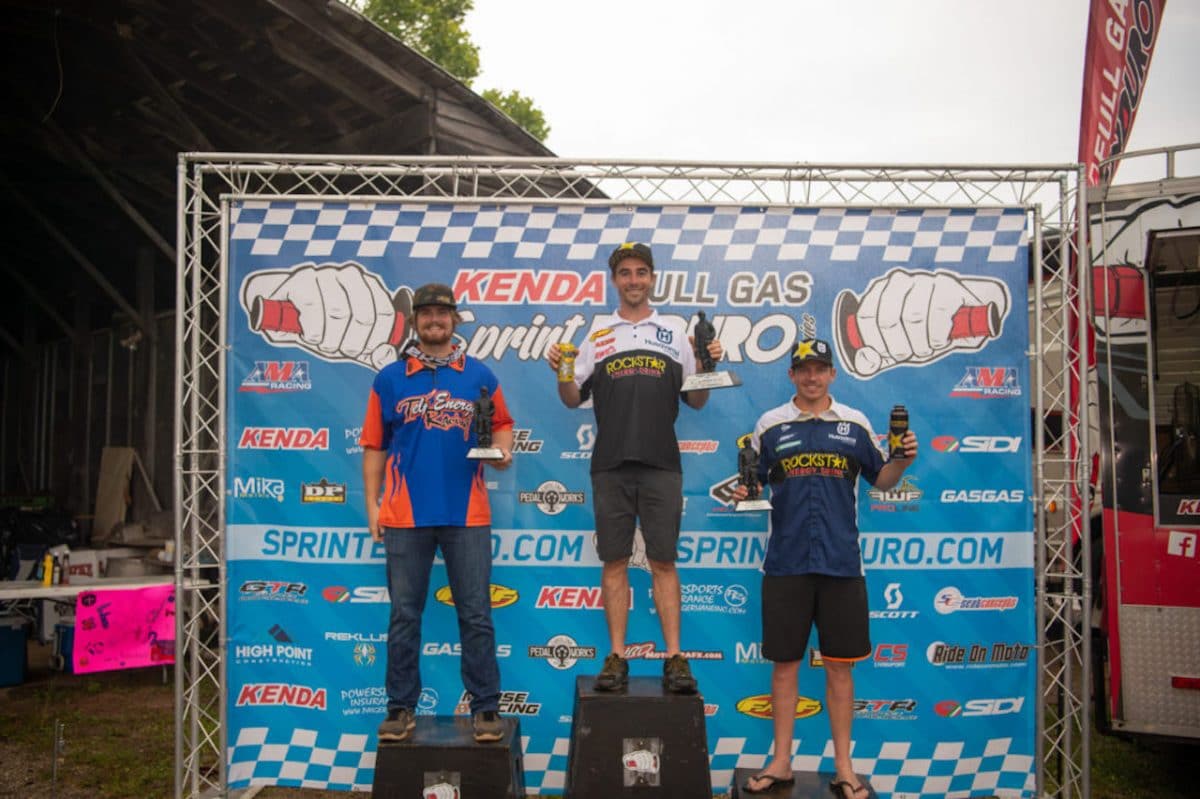 Sipes returned to his usual M.O. en route to his most recent win, which consists of winning all of the Cross tests, and then hanging on for dear life in the Enduro tests. Sipes said afterwards that the Ohio race was his best yet when it comes to his times in the Enduro tests, and in fact, the Kentucky rider actually won his first Enduro test of the season.

“I’m getting better at the Enduro tests with each race and I’m pleased that I was actually able to win one this weekend,” said Sipes. “I feel like I have a little more confidence in the woods and I’m actually hitting a few trees which is a sign that I’m pushing a little harder.”

Despite his improving times in the Enduro tests, Sipes almost threw it all away in the final Enduro test on Saturday.

“I was leading Steward Baylor by 14 seconds going into the final test of the day on Saturday and I fell over in a flat turn and it took me a while to get going,” said Sipes. “I ended up losing Saturday’s round by 1.4 seconds to Steward, which kind of bummed me out.”

In spite of his snafu on Saturday, Sipes won seven of the 12 tests over the course of the two-day event (all six Cross tests and one Enduro test) and took the overall win ahead of Grant Baylor by just over five seconds.

“It feels good to get back on top of the podium,” added Sipes. “I feel like I had a good day overall, except for that one tip-over.”

Steward Baylor topped two Enduro tests en route to Saturday’s win. However, the Tely Energy KTM rider injured his knee in the opening test on Sunday, which put a damper on his bid for the overall win.

“I was riding really good on Saturday and I think I could have repeated that performance on Sunday, but in the first test I was going through one of the off-camber turns, which we were running backwards, and I caught a rut with my front wheel and I jammed my foot into the ground,” said Baylor. “My knee swelled up pretty tight and I just had to coast for the rest of the day.”

Steward finished off the day in fourth and was fourth overall for the weekend.

Grant Baylor was the beneficiary of his brother’s bad luck and wound up in the runner-up slot for the weekend. The Tely Energy KTM rider won three Enduro tests in all, one on Saturday and two on Sunday, but didn’t exactly get off to the best of starts.

Josh Strang turned in a fast and consistent performance to claim the final step of the podium in third. The Rockstar Energy Husqvarna rider was particularly fast in the Cross test.

“The grass track was really technical, there were a bunch off off-camber sections and you just had to be real patient,” said Strang. “Some of the dirt was dry but once you got on the gas and started to turn on it, it got really slick, which made it tricky. I felt like I was solid in both tests and it was a good weekend for me.”

With his third overall finish, Strang solidified his second place status in the series standings, seven points behind leader Sipes.

Fifth overall behind Steward Baylor was KR4 Husqvarna’s Cory Buttrick, who lives in nearby Logan, Ohio, and who was riding in front of a hometown audience. Ten seconds behind Buttrick was his KR4 Husqvarna teammate Layne Michael in sixth.

CHECK OUT THE PREVIOUS ROUND HIGHLIGHTS BELOW