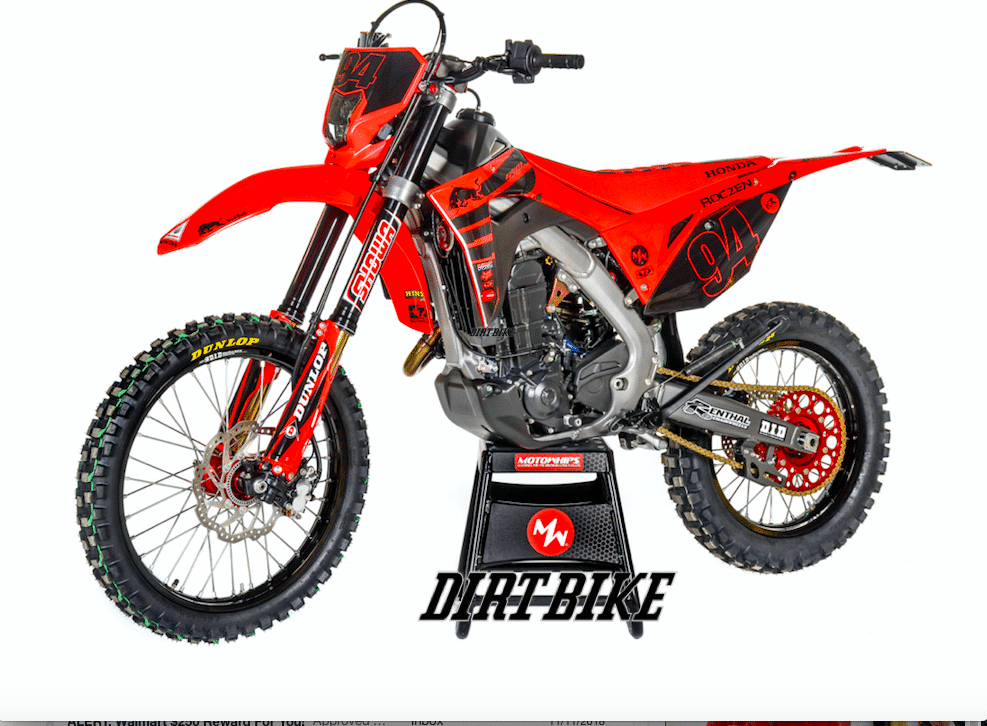 It’s amazing what can happen when the right people get together and have a conversation. That is exactly what happen when former MX/SX racer turned SxS racer Jessy Nelson, Justin Myerson owner of Moto Whips and current factory Honda MX/SX superstar Ken Roczen got together, things started happening and the result is something we don’t think anyone saw coming. This 2019 Honda CRF450L project is the result of their conversation and the dual-sport world will never be the same. 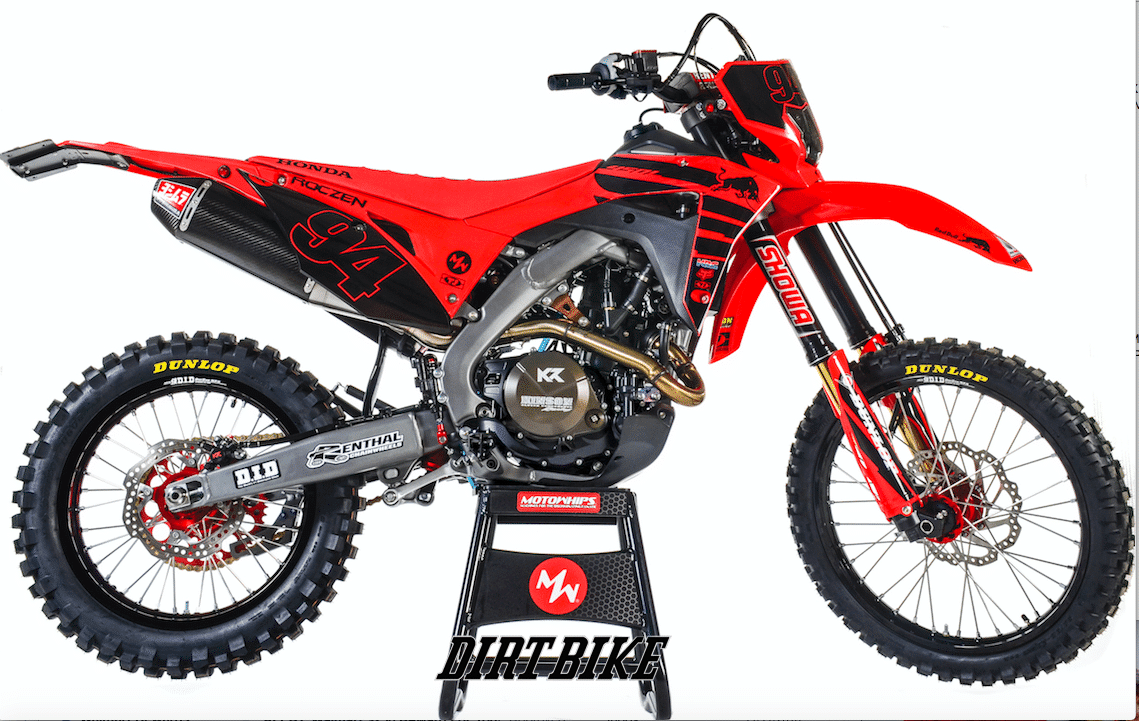 This is definitely not your dads dual-sport machine. The crew at Moto Whips have taken the dual-sport world to another level with Ken’s Honda CRF450L project. 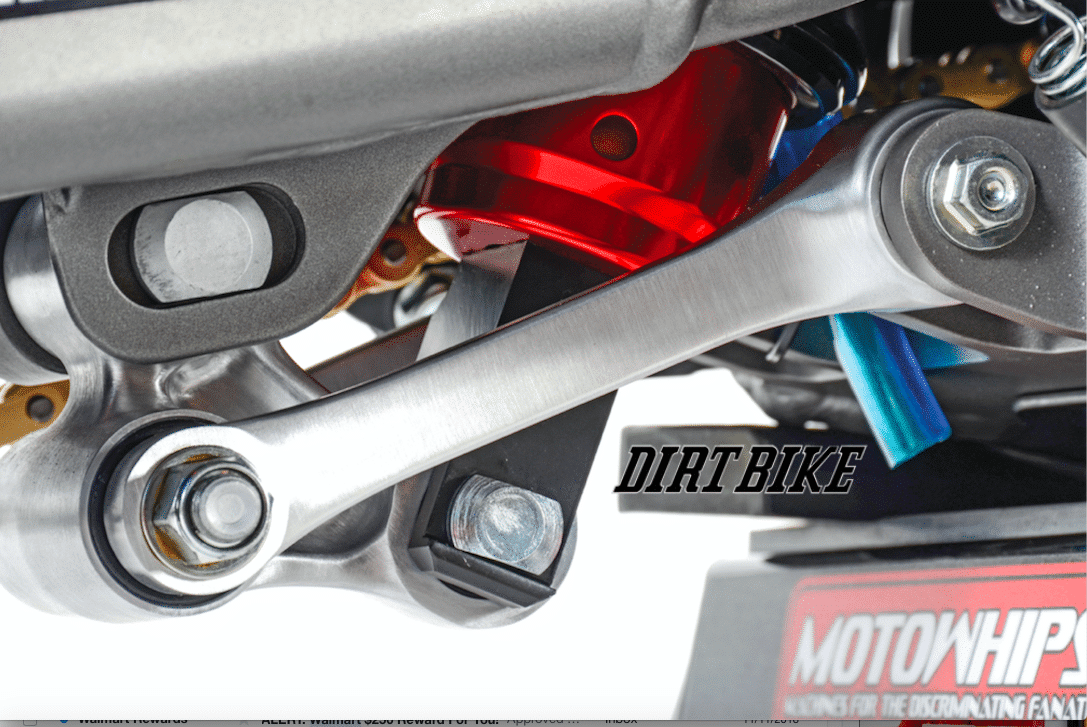 The linkage got the full factory treatment and the shock was coated as well. 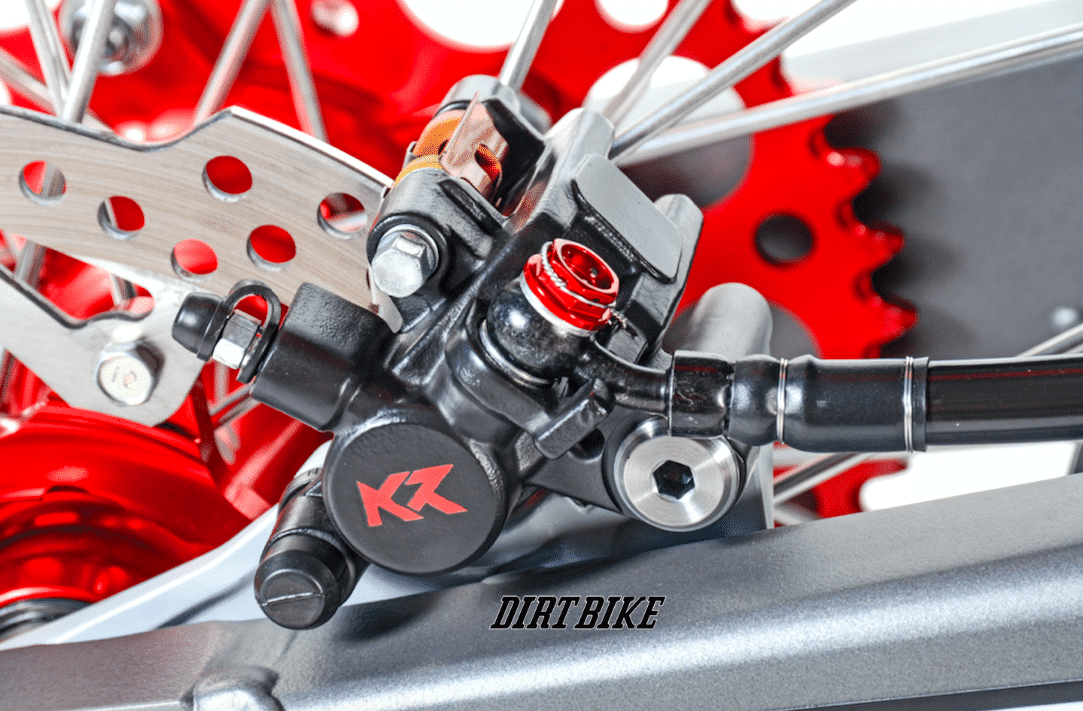 The KR logos on the brakes are inlaid during the coating process done by Moto Whips. 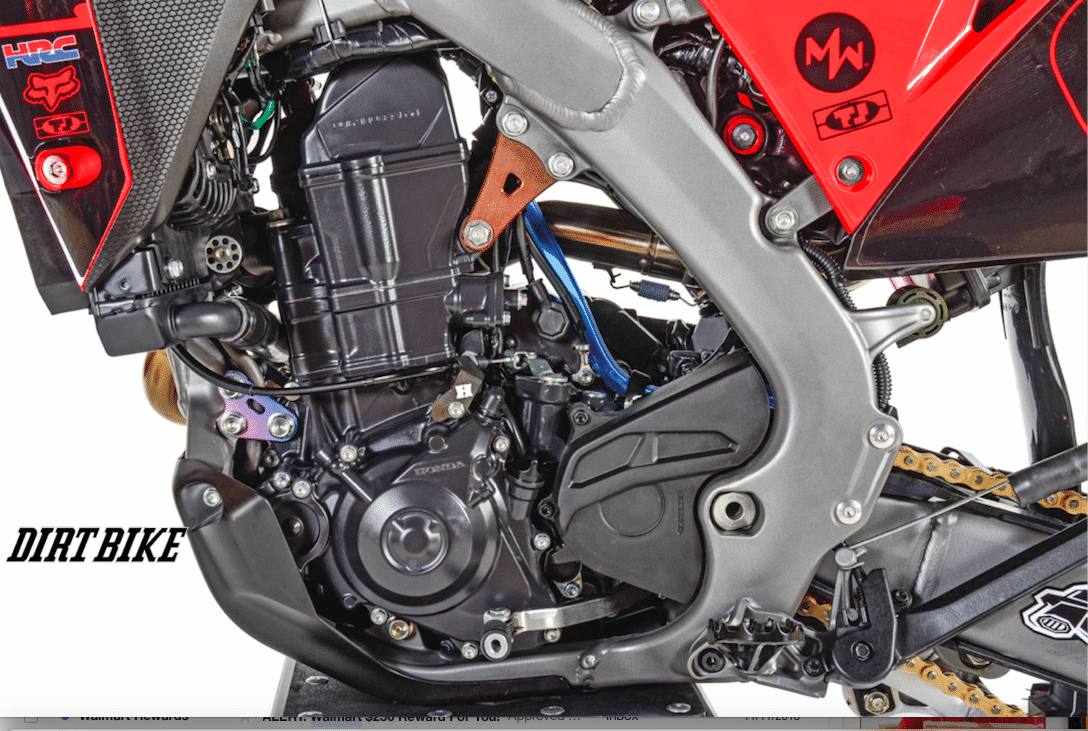 The stealth all black look gives the illusion that the power plant is all stock until you take a closer look. 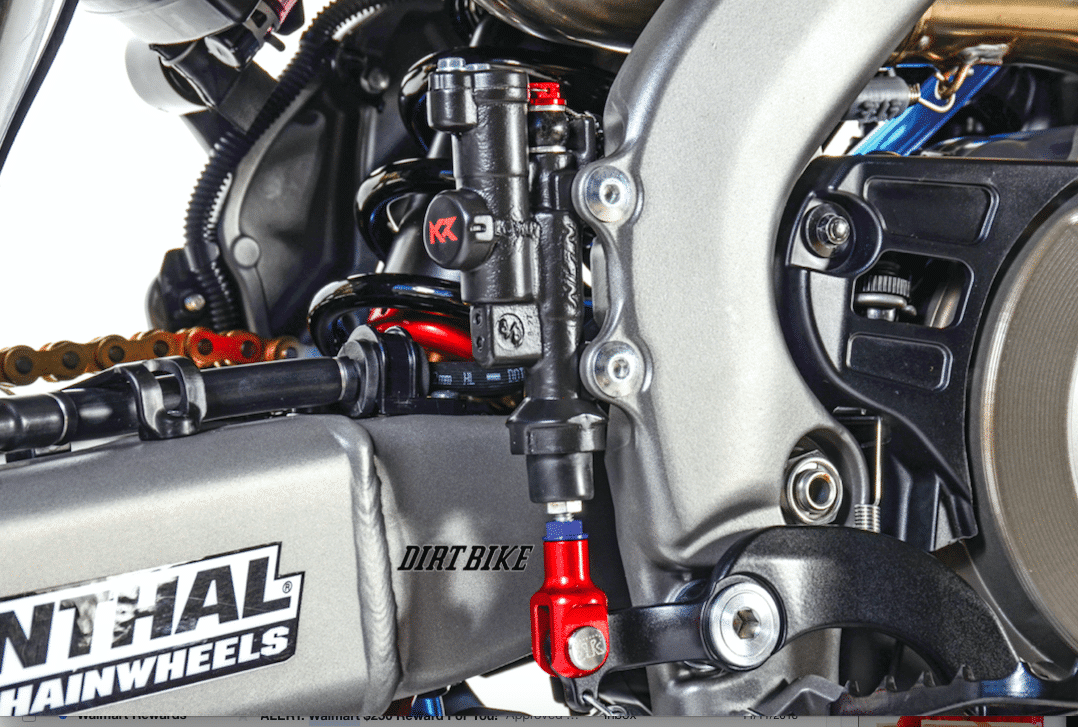 Coatings everywhere and the sight glasses were removed from all brake master cylinders replaced with KR logos. 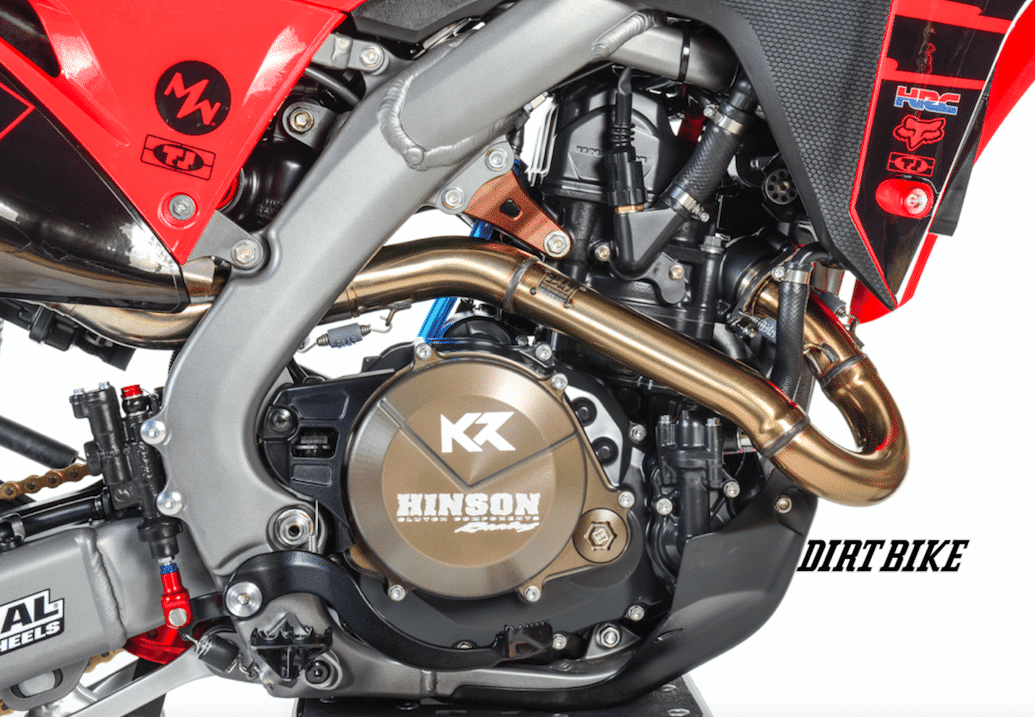 The entire engine was disassembled and ceramic coated black then reassembled with for performance upgrades from Hinson Racing, Champion Adventures and a Vortex programable ignition was added as well. The Yoshimura exhaust and FCP engine mounts are just a couple modifications made externally. 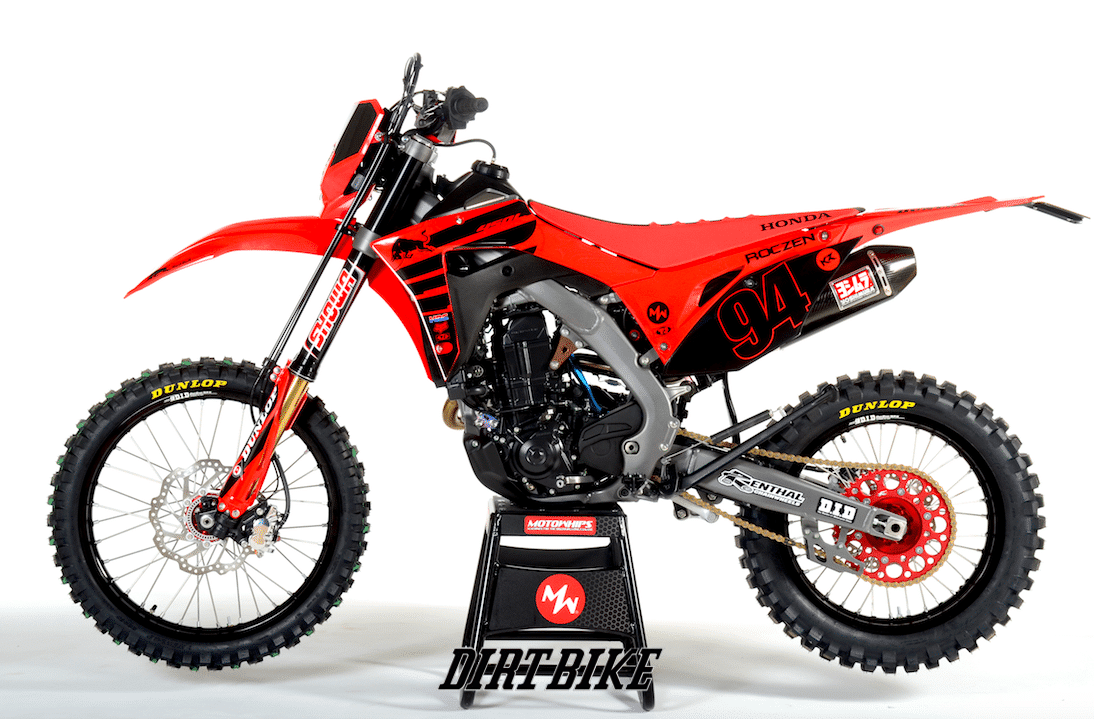 Clean lines and lots of elbow grease. Just like all of the Moto Whips builds we have featured before, the attention to detail is out of this world! 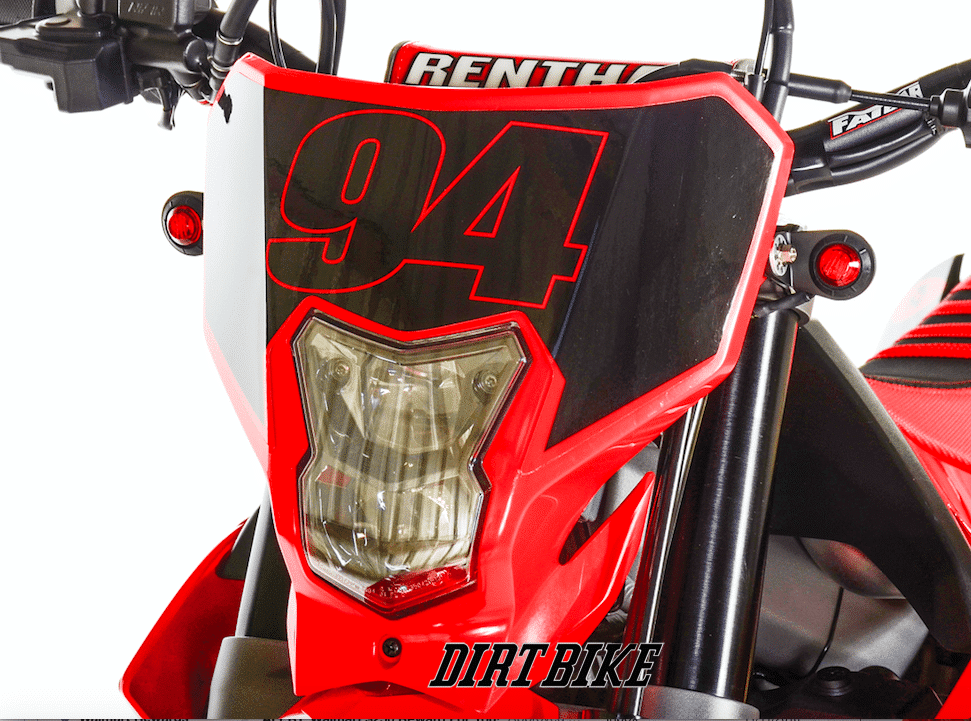 The OEM blinkers were replaced with stealth looking units from Champion Adventures.