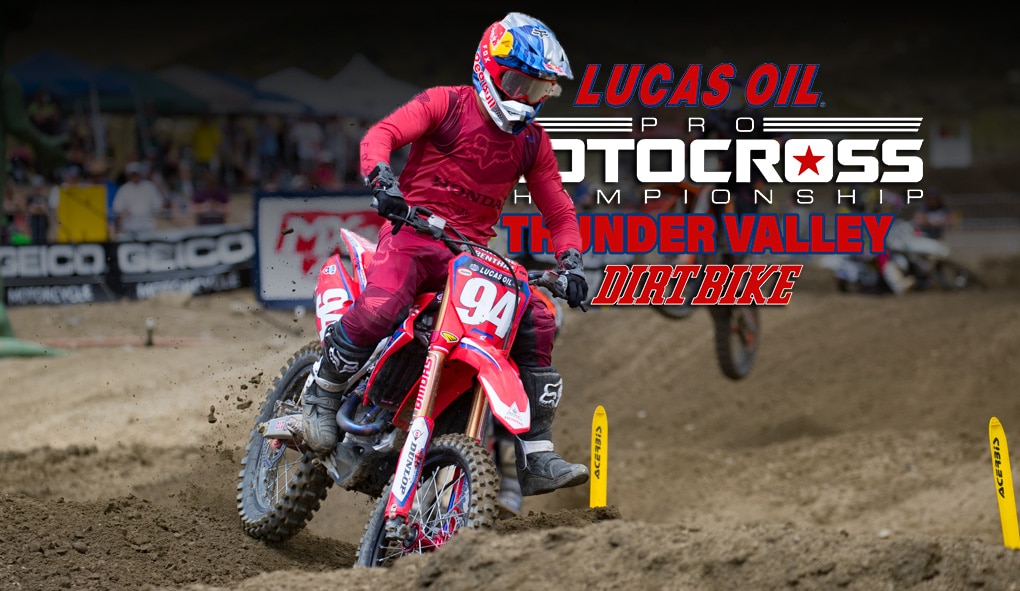 After a dominant performance in the first moto, Ken Roczen capped the day off with a second in moto two, giving him the day’s overall. Eli Tomac’s problems in the first moto put him too far back in results to be able to rebound for the overall win, but a win in moto two was still good enough to stay on the podium in second. The top three was rounded out by Rockstar Energy/Husqvarna’s Zach Osborne, who found himself on the day’s overall podium for the first time this season. (For extended coverage of the 2019 Thunder Valley National MX, click here)

After a little bit of weather swept into the Lakewood, CO hillside, the track got a little bit muddier, the ruts got deeper and the conditions began to play more of a factor in the riders’ performances. Eli Tomac had his fair share of struggles throughout the race, coming from the back of the pack and even needing to stop for goggles at one point, all to eventually end up fifth for the moto. Rockstar Energy/Husqvarna’s Zach Osborne grabbed the holeshot, but his lead was short lived as Ken Roczen made his way around him. The HRC/Honda rider didn’t just settle for the lead, though, as he went on to stretch out a massive lead and win the moto by over 35 seconds over Osborne in second and almost another 10 seconds back to Cooper Webb in third, who made his way up into the top three for the second time this season. Full results of the first 450 class moto are below.

Red Bull/KTM’s Cooper Webb jumped out to the early lead in moto two, grabbing the holeshot ahead of the rest of the roaring 450’s, but the momentum Ken Roczen was carrying in from moto one allowed him to snag the lead away from Webb. Behind them were battles between Marvin Musquin, Eli Tomac and Blake Baggett, with Tomac having the strongest of the three’s rides by maneuvering through and taking the moto win away from both Roczen and Webb. Tomac’s efforts of coming back from a disappointing fifth in moto one weren’t enough to capture the day’s overall, however, giving Ken Roczen that honor with his 1-2 moto scores. Here’s how the rest of the 450 field ended up: