KAWASAKI KX450X PROJECT: BEHIND THE BUILD 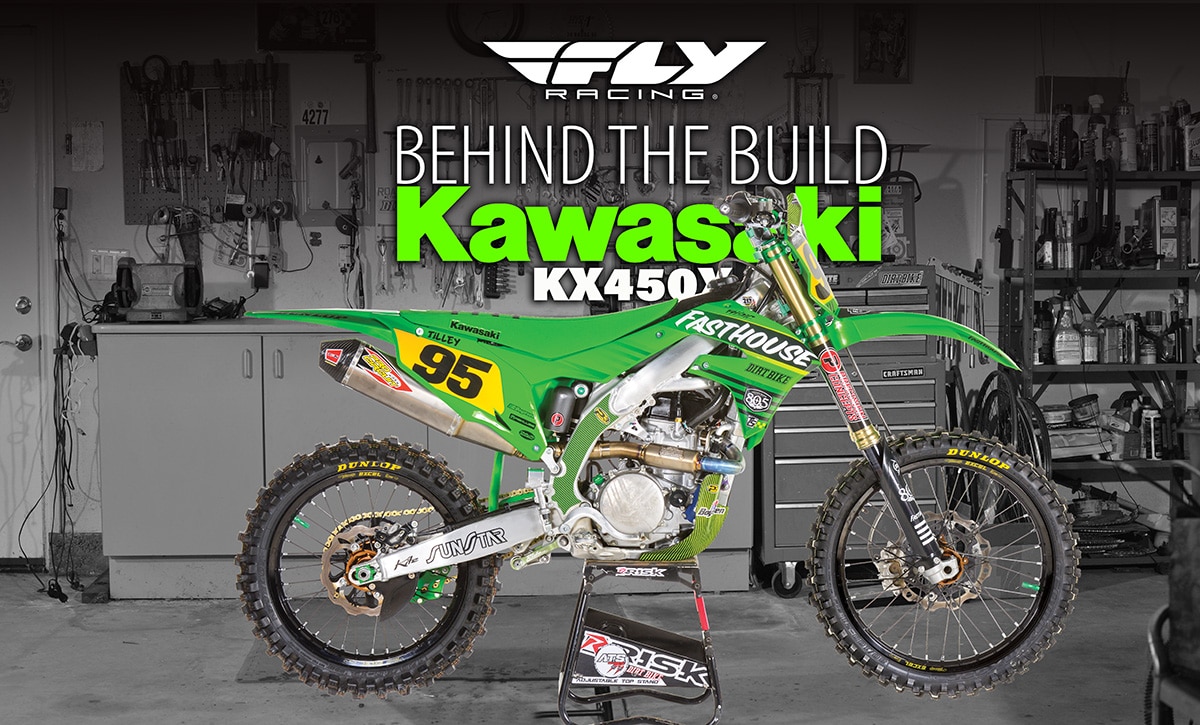 Mark Tilley has two priorities in his life these days. Their names are Jacob and Austin Tilley. But between supporting their young racing aspirations and acting as Managing Editor of Dirt Bike Magazine, Mark found the time to earn two number one plates in the 2020 National Grand Prix Championship Series. To do that, he used a Kawasaki KX450X that was lightly modified. Then, when the kids announced they would like to race the 2021 Mammoth Mountain MX, Mark converted his off-road KX into a motocross bike, where he finished on the podium in the 40 Expert class. This is a look at the KX that Mark has been riding. 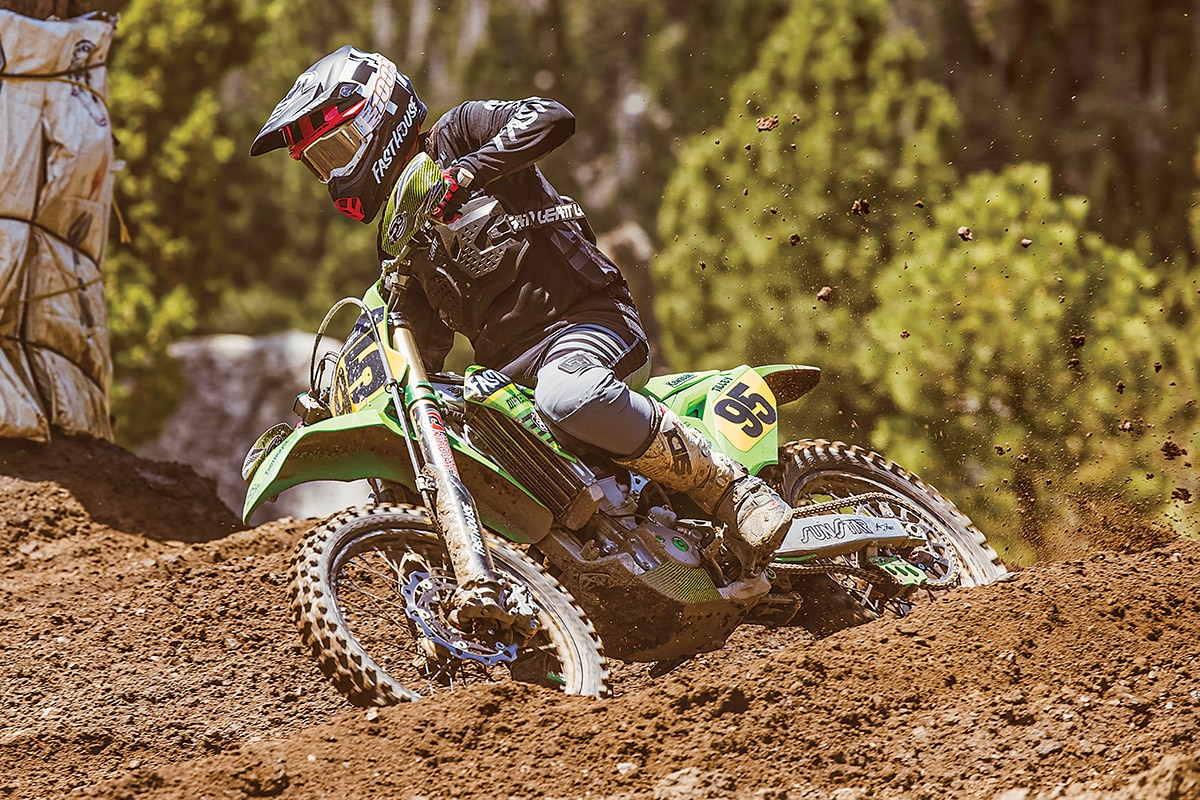 For the KX’s off-road application, the bike traditionally needs a spark arrester. Recently, that requirement has been relaxed, but the Pro Circuit Ti-6 system has a spark arrestor as an option in case a specific venue has that need. Twisted Development remapped the stock ECU, matching it to our aftermarket bolt-on items and giving it a little more performance all around. For off-road, the bike is fitted with a GPR V-5S Steering stabilizer. For Mammoth, that wasn’t used–but it was in the toolbox just in case. Another item that came off for Mammoth was the IMS fuel tank, which is essential for 90-minute races but unnecessary at Mammoth. ODI Podium handlebars feature Controlled Flex Technology with a rubber elastomer in the crossbar, allowing flex at a controlled rate to reduce shock/energy transfer to the rider. Precision Concepts re-valved and re-sprung the shock for our MX application, along with reworking the Showa fork to match. The Cobra MX 270mm rotors from BrakeTech have a special spring washer on the floater, making it a semi-floating model. The system is designed to provide stability in the OEM floating single-action calipers, yet allow for radial expansion under heat loads. The Kite triple-clamp system features a proprietary lightweight design that offers additions flex for rider comfort and is CNC-machined out of billet aluminum. Sunstar Works Triple Star aluminum sprockets and 520MXR1 gold chain are designed to be lightweight and take loads of abuse. For both GP and MX, Mark set up the bike with Dunlop’s Geomax MX33 tires are designed for soft-to-intermediate terrain. P3 Carbon handguards feature a universal design and are constructed of the same material as their full-coverage skid plates.