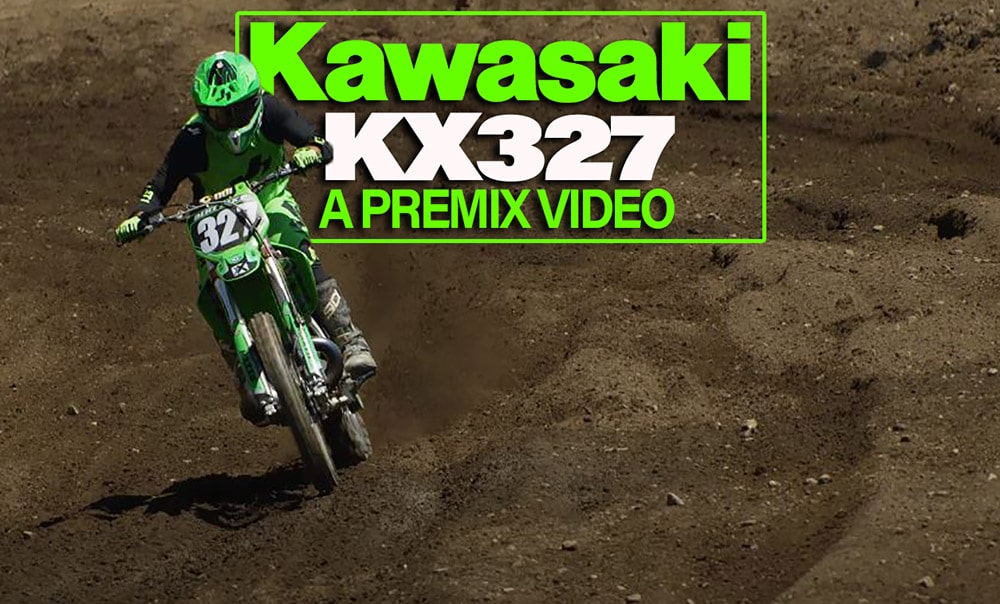 The Kawasaki KX327 was never sold in dealers. Kevin Bailey and the crew over at Race Winning Brands found a 2003 KX250 on Craigslist and went to work. It was originally built as a project bike in the early 2000s, when these machines were still rolling off Kawasaki’s manufacturing line and onto showroom floors. Even though it was in rough shape when he found it, Kevin knew we could bring it back to its former glory with the help of some key companies that are just as dedicated to two-stroke heritage as we are. The heart of this KX is what sets it apart and is not to be underestimated, as it received a complete rebuild and modification service from Tom Morgan. You can read more about the KX327 here in the Fly Racing Behind The Build feature series.

TAKE THE DIRT BIKE SURVEY AND WIN A FREE BIKE!