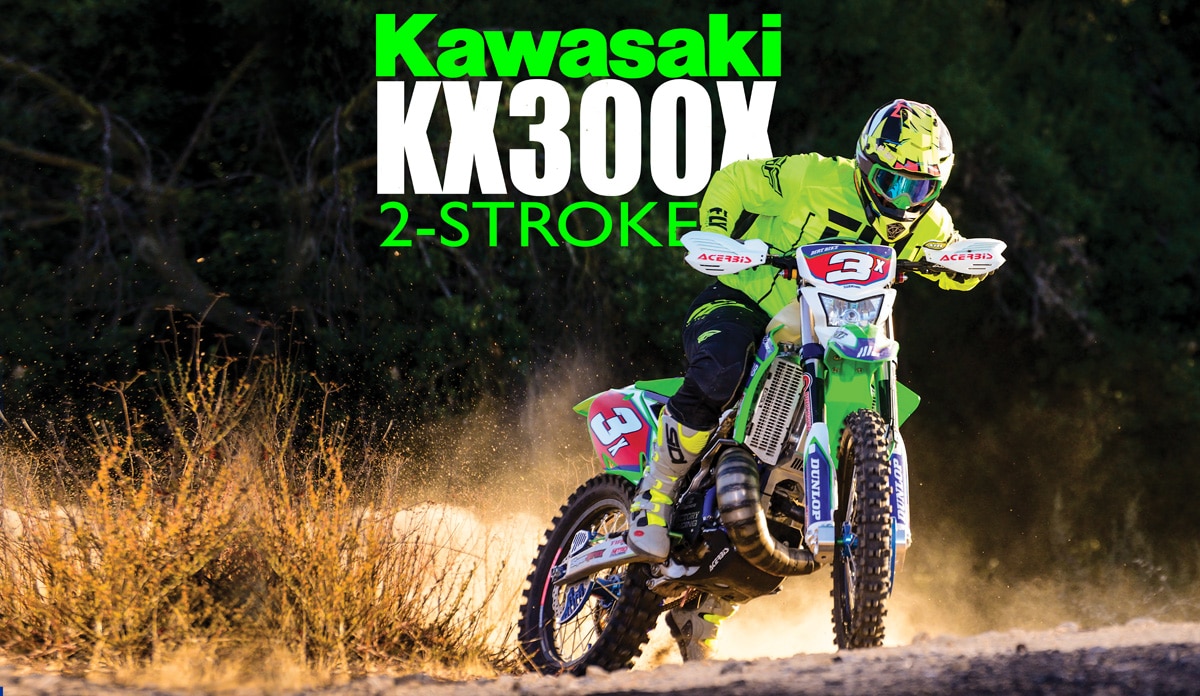 Howie Jenkins at Motofab is the mad scientist who created the Kawasaki KX300X two-stroke off-road bike. The motor started off as a Kawasaki KX250, then was transformed into an open-classer through a resleeved cylinder. The rolling chassis actually came from a Kawasaki KLX450 off-road four-stroke and the result is smooth and sweet. Jenkins has a number of other incredible projects involving older two-strokes and modern frames. The story appeared in the February print issue of Dirt Bike.