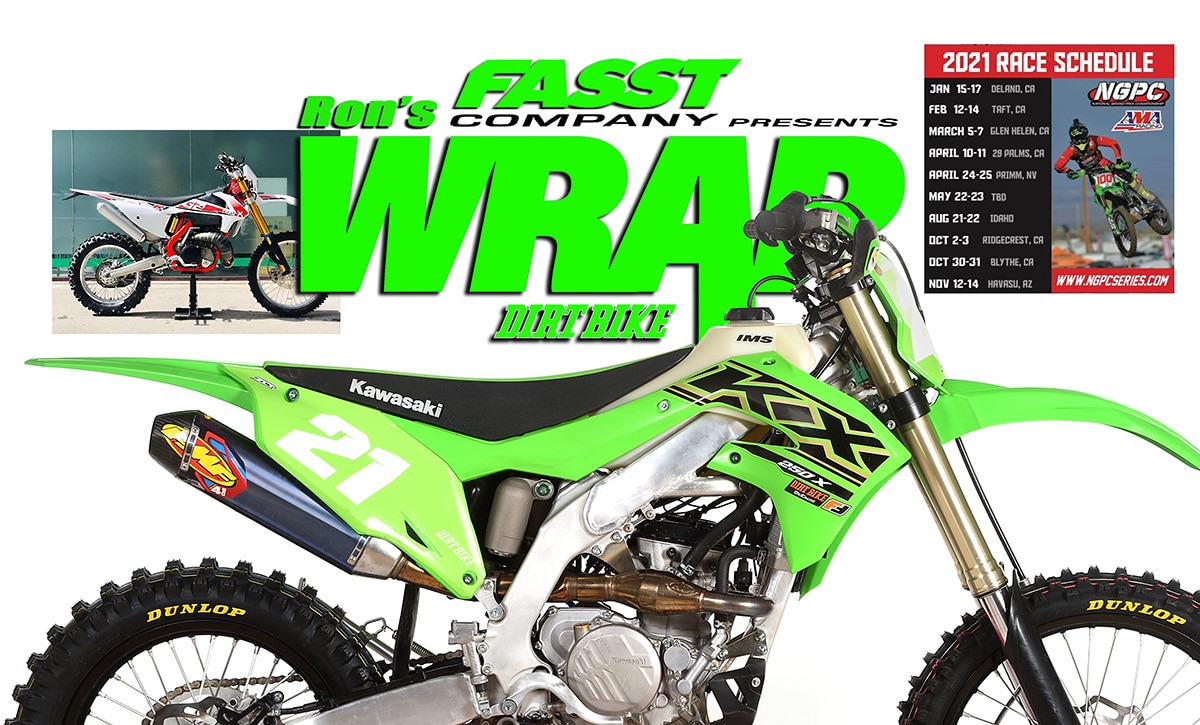 We have had the new Kawasaki KX250X for almost two months now and I’ve been building it into a racebike for the National Grand Prix Championship Series. It’s not very hard work. The bike is great right out of the box. Kawasaki didn’t try to overthink it. It’s basically a motocross bike with off-road suspension. In the case of a 250 four-stroke that’s good–they already have smooth power deliveries that work off-road. Still, there are some things it needs to complete the transformation

The bike has great peak power and suspension. That’s most of the battle. For off-road it needs a short list of stuff: more low-end power, more fuel capacity, an O-ring chain, handguards and so on. A steering damper is a must out west. 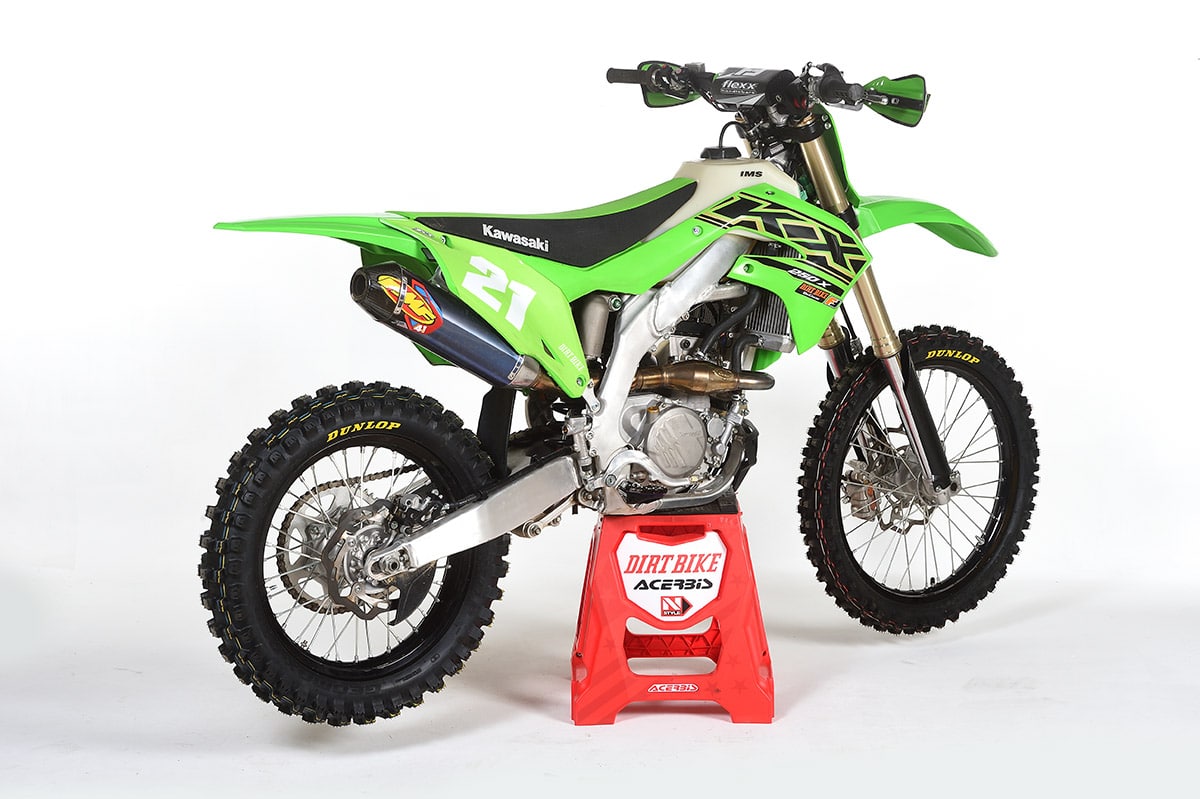 I started off by switching to the white coupler for EFI mapping. Kawasaki delivers the bike with the black (richest) map in place. At first I did this simply for fuel range. The NGPC races can have you on the track for an hour, so the stock tank was iffy. I discovered I liked the power delivery with the white coupler best anyway, so I left it in place even after the 2.75-gallon IMS tank was installed and fuel range was no longer an issue. 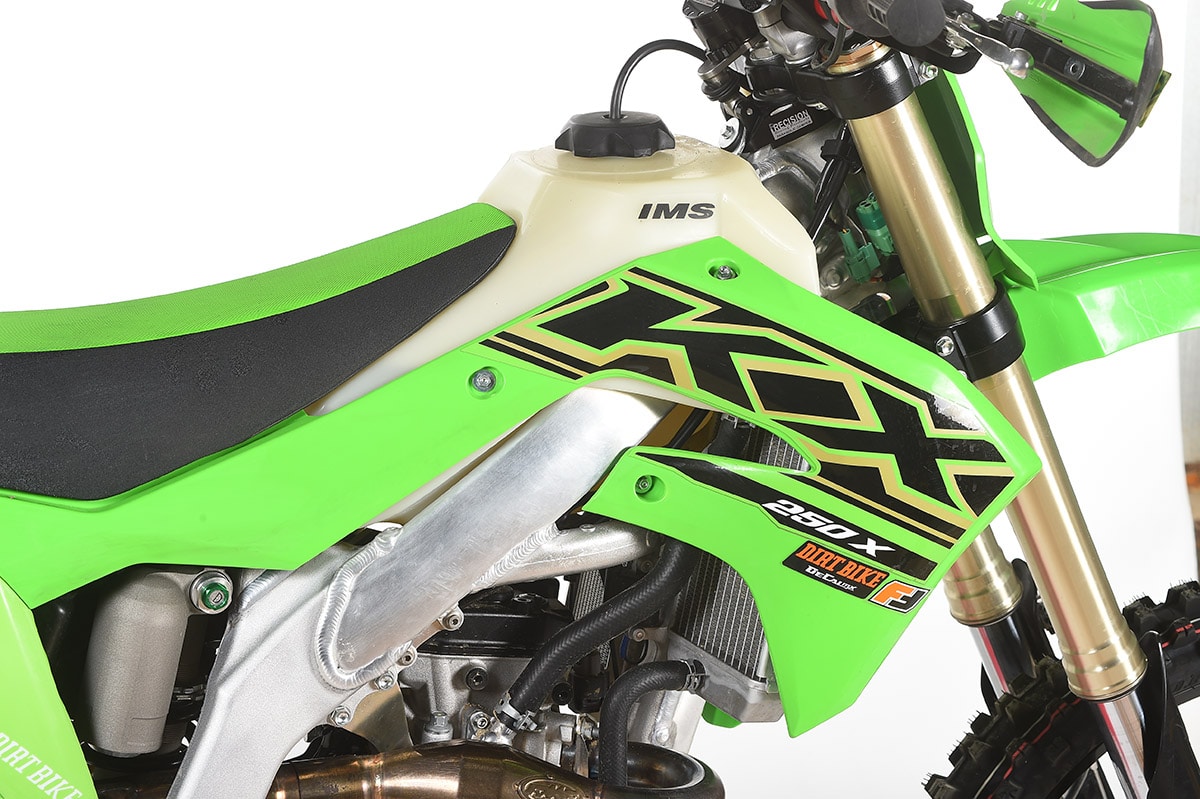 Shortly after getting our test bike, FMF borrowed it for development of a Factory 4.1 exhaust system. They did a great job. I can’t recall ever testing an exhaust system that produced such a dramatic gain where it was needed. The middle-rpm soft spot in the KX’s power is filled in well without any loss on top. In AMA off-road racing out west, 250 two-strokes ride in the same class as 250 four-strokes, placing thumpers at a small disadvantage in mass starts. I can’t tell that the KX250X has any disadvantage. It managed to beat all the two strokes in the 250 class to the first turn at Glen Helen’s infamously fast Talladega start.

Last month, Fred Andrews of the Babbitt’s Kawasaki GNCC team showed me around Lyndon Snodgrass’s KX250X. I was surprised to learn he doesn’t use a steering damper. Out west, everyone uses them. Robby Bell’s Precision Concepts Chaparral Kawasaki team settled on the Precision Racing Products damper (Precision Concepts and Precision Dampers are not affiliated).  I got to know George at Precision years ago when he only made ATV products. I was always impressed by his stuff–they really are made with a high degree of precision–the dampers are more compact than anything else on the market and in the case of ATVs, they had to perform a more difficult task.  The best thing about the application for the Kawasaki KX250X is that it doesn’t affect bar height. You barely know it’s there. It still totally eliminates headshake. 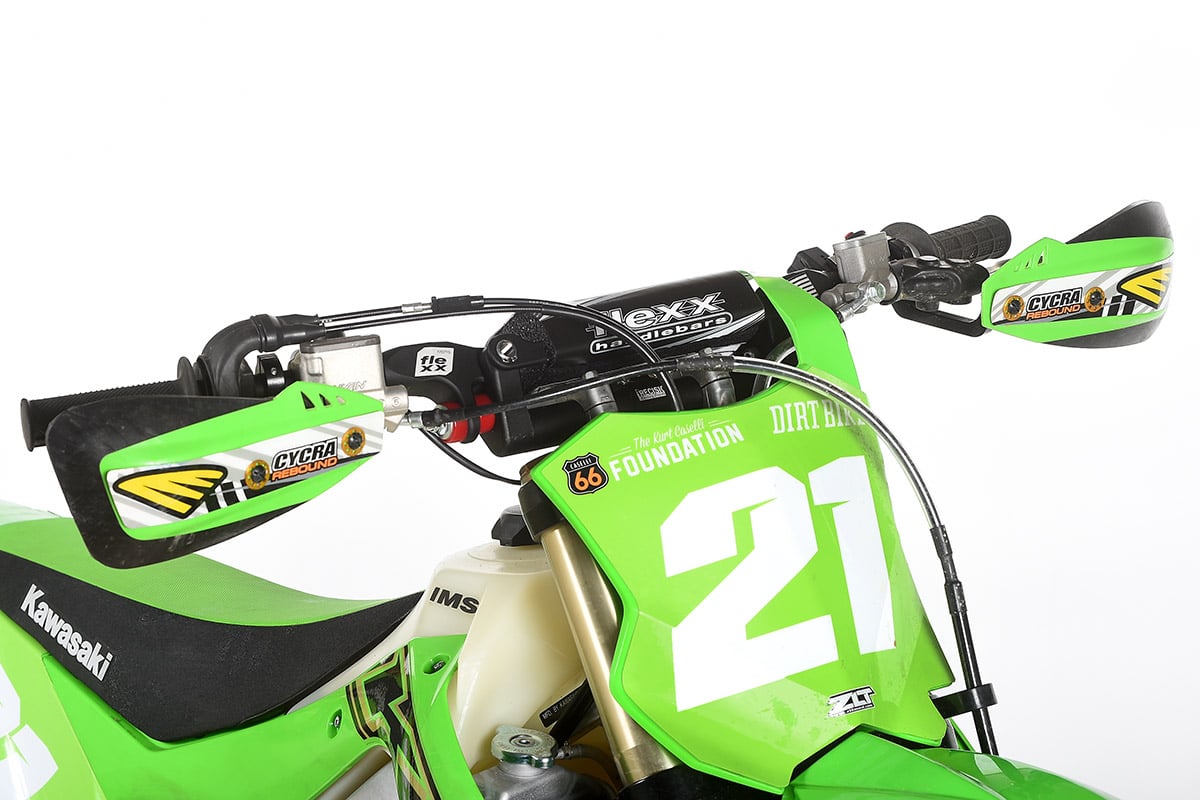 Flexxbars are another great item for off-road riding. They have elastomer cushions that take the edge out of sharp impacts. If you ride for hours, you know what happens to your hands and wrists. Flexx bars are the best way to deal with that. FasstCo has recently added the Impact Moto peg to its line. This has an elastomer cushion between the peg mount and the cleat to kill vibration. It really works, particularly on dirt roads. 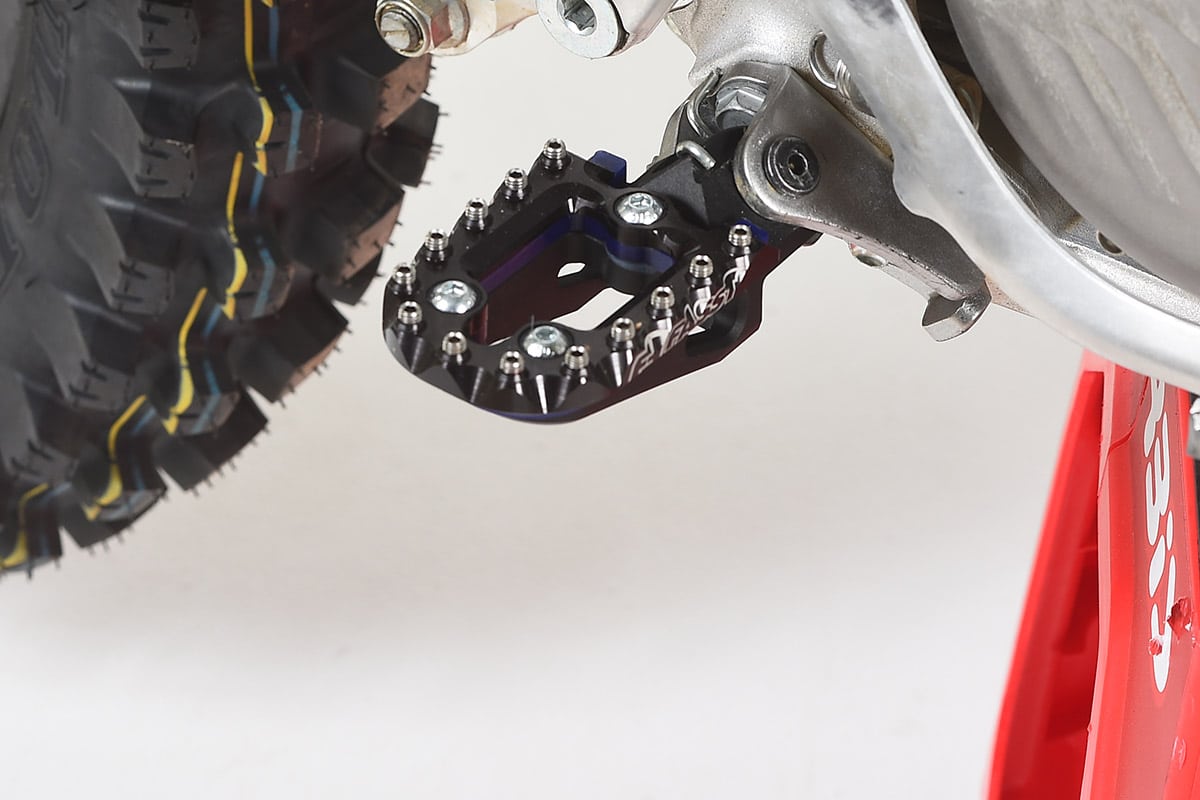 I’m still working on the KX250X project. It will be a process that takes months to complete.  Check back to see where it goes.

Clay Stuckey, of GasGas and Sherco fame, has a new project. Jotagas is a Spanish Trails bike company that was founded by Josep Pibernaut aka Piber. Clay just signed a 10 year contract to distribute Jotagas trials, E-Bikes and their new enduro line in the USA. Clay expects the price to be about $8500 for the 300cc two-stroke. The first shipment of bikes will be available in January. 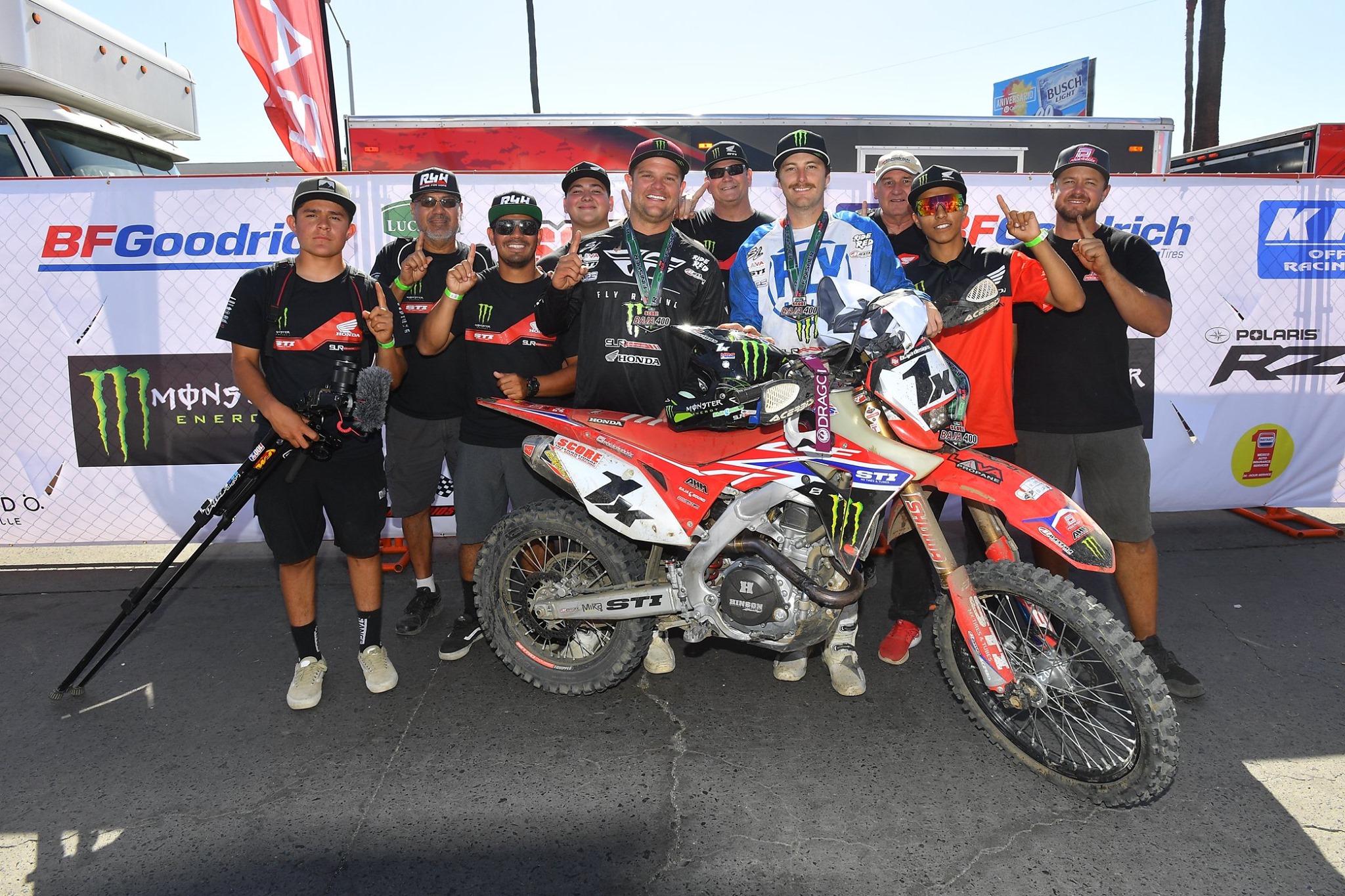 The SCORE Baja 1000 is taking place right now. The 1x team of Mark Samuels, Justin Morgan and Justin Jones is currently leading. You can follow live tracking for the Baja 1000 by clicking here.

We are also interested in Buddy Feldkamp’s race. He’s the son of Glen Helen owner Bud Feldkamp, who is a Baja 1000 winner himself. Buddy is with RJ Anderson and Brendan Gaughan to defend their title as first place in class 1 car #162 . 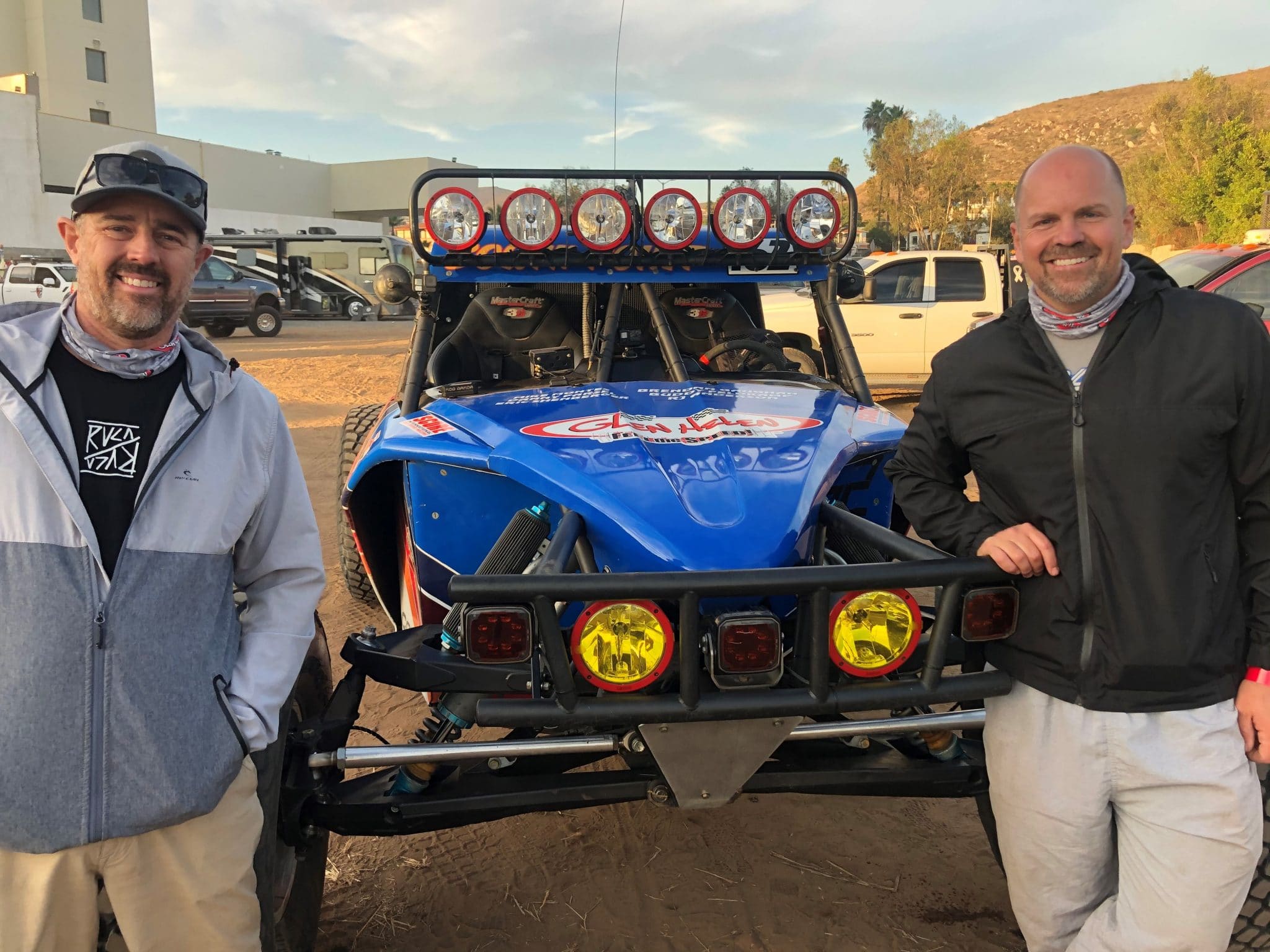 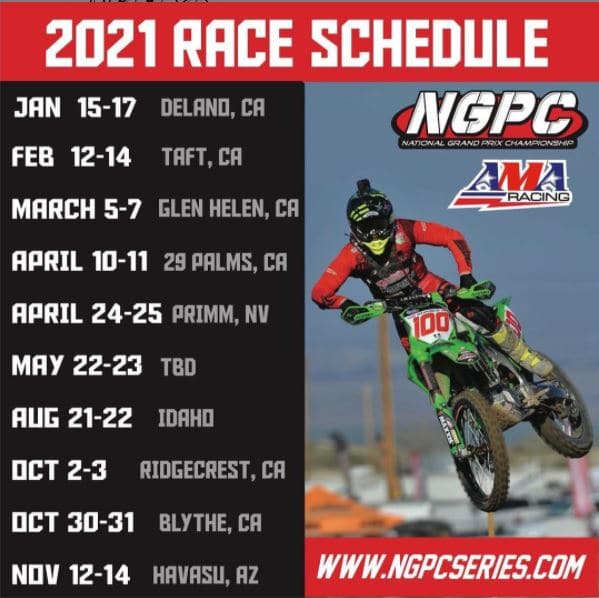 New schedules for 2021 racing are beginning to appear, but all of the various organizations say they are tentative. The NGPC schedule has a few changes in store. One is the fact that the Adelanto GP is not there. That event will be proceeding without the AMA, and you can read about it here. So Cal MX will be instead hosting a race in Delano.