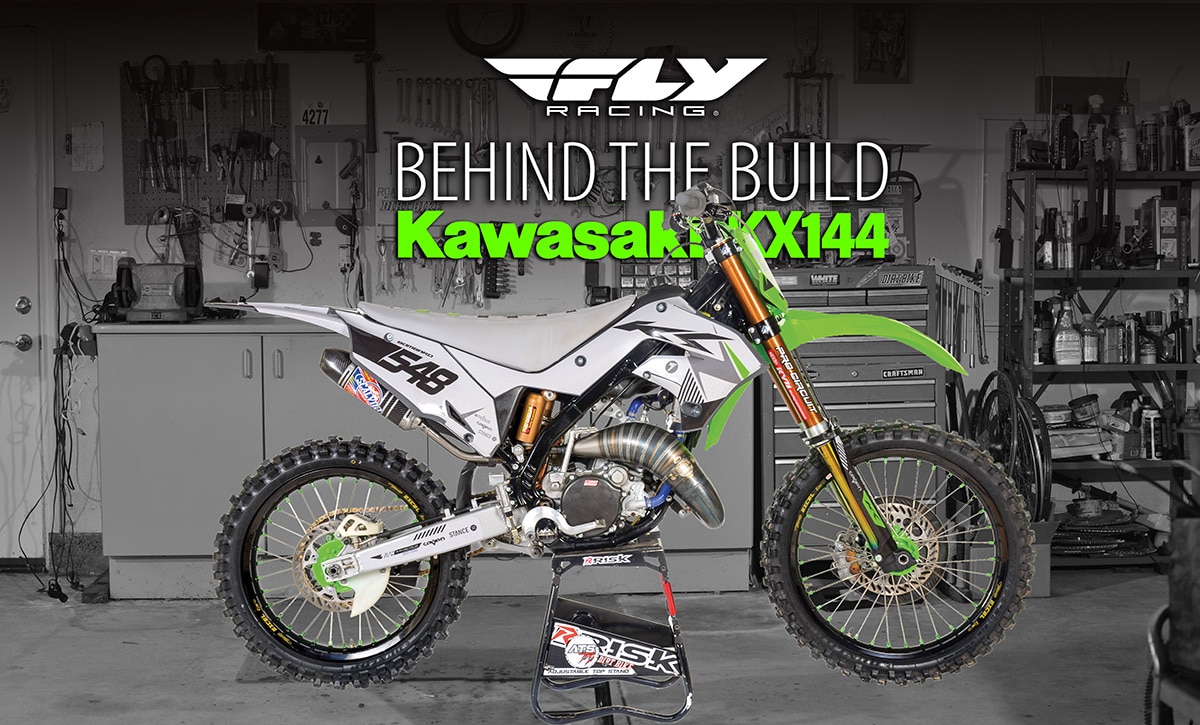 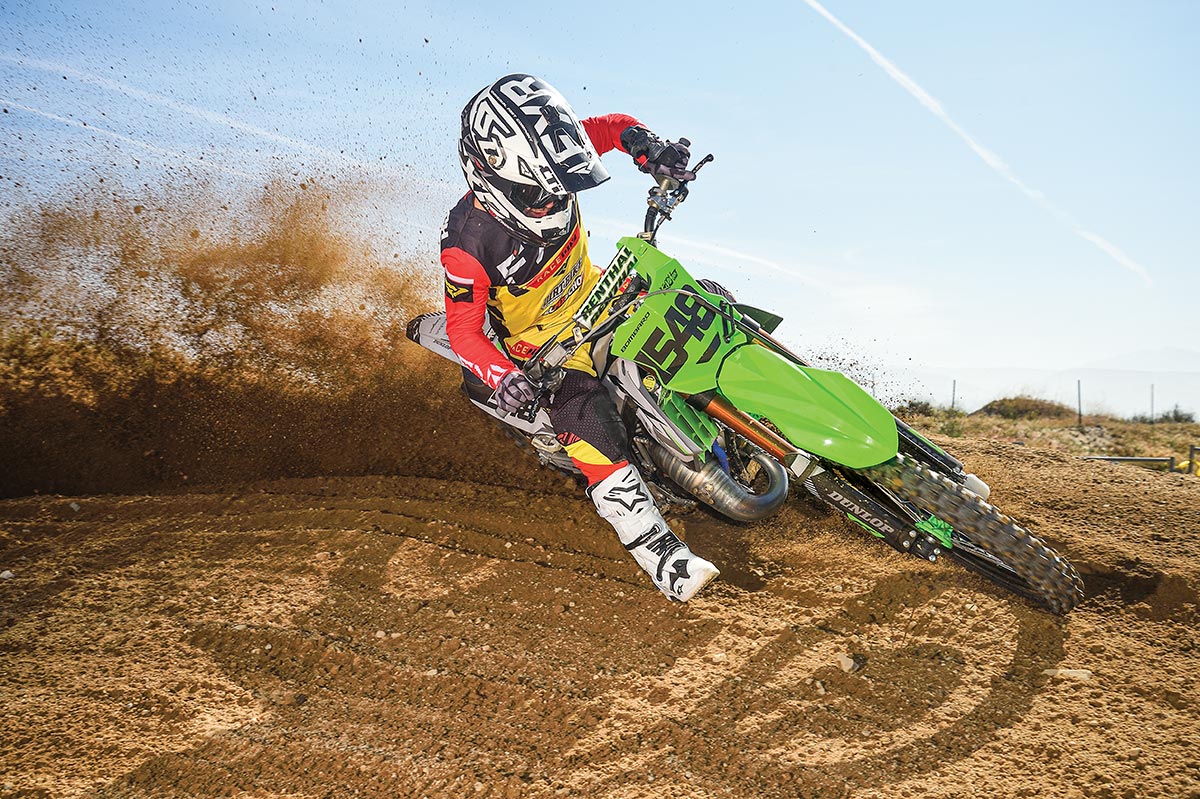 MODERNIZATION
Tim Sharp was a local SoCal pro in the late ’90s and early 2000s, so he was right in the middle of the racing transition from two-stroke to four-stroke machines. Like the rest of the industry, he went along with the change, thinking two-strokes were done. Josh Bombard grew up around the racing side of the industry, with his dad, Dave “Firehouse” Bombard, working at factory Kawasaki during the Danny Hamel days and then at racing powerhouse Pro Circuit with Bones Bacon under legendary team owner Mitch Payton. The two had a common goal with this project and set out to build a modern Kawasaki KX125. Trust us, it sounds a lot easier than it actually was.

Locating an affordable KX125 in the current market is tough, but the two seemed to figure that out pretty easily. With a good platform, the real work began. The bike was completely torn down to the frame, with the main frame and subframe headed off to powdercoating. The suspension received huge upgrades, getting the VIP treatment from Pro Circuit via a complete rebuild internally and some high-dollar specialty coatings throughout.

The remaining chassis items, such as the swingarm, rear shock linkage, air box, braking systems and gas tank, all got cleaned up and rebuilt if needed. Wheels are almost always in need of attention on these types of builds, and this build was no exception. The OEM units got new black Excel rims, stainless steel spokes, anodized green nipples and powdercoated green hubs with new bearings on the inside. The last piece, and probably the easiest piece, of the modernization puzzle was a complete KX restyle kit from Polisort Plastics. This kit gives older two-strokes a more modern look similar to the current KX450 four-stroke models, and bolts right on using the same mounting points as the OEM plastics.

With the chassis updates under control, the focus shifted to getting more power out of the 125cc engine. One surefire way to increase performance is to go bigger. So, the decision was made to send out the top end to longtime big-bore builder Eric Gorr at EGR. EGR offers two options in the big-bore category: Super Mod and Big-Bore. We went with the Big-Bore that EGR designed with the biggest bore size (4–6mm/.160–.240 inch) for Vet/Displacement/Modified classes or outlaw racing.

Also included are cylinder porting and polishing with head mods for three choices of powerband and fuel type: 1. More low to midrange, 2. More mid to top end, and 3. Wider power throughout the curve. These kits can be run on 91-octane pump gas, 98-plus-octane race gas and oxygenated race gas. While the top end was being reconfigured by EGR, Tim Sharp cleaned up the cases and rebuilt the bottom end just to be on the safe side. Sharp also rebuilt the stock Mikuni carburetor, installing the jetting specs recommended by EGR for the new, larger 144cc cylinder. The last performance item added was a complete exhaust system by Scalvini that included a hand-welded cone pipe and carbon fiber silencer.

SUM OF ALL ITS PARTS
This bike is an absolute blast to ride and gets a lot of attention no matter where it is. After spinning an entire tank of gas through the bike, managing editor Mark Tilley commented, “I wish I had this bike when I raced Supercross and the outdoor nationals.” Tim Sharp did the bulk of the wrench-turning; it’s a hobby and a little bit of a side hustle for him. Bombard was there every step of the way to lend a helping hand when he could and some moral support when needed. It’s kind of odd more aftermarket parts are available to the general public for these bikes now than when they were being raced as new machines, but that doesn’t mean parts are easy to find.

With the overwhelming popularity of the two-strokes, available parts are being consumed at alarming rates. Even with the pair going way overboard on this build, the total cost of the build was about equal to what a brand-new 125cc two-stroke would be off the showroom floor without modifications. We are glad people like Josh and Tim are out there building these projects. It makes the staff here at Dirt Bike feel a little less crazy if there are other people who share our passion for older two-strokes.