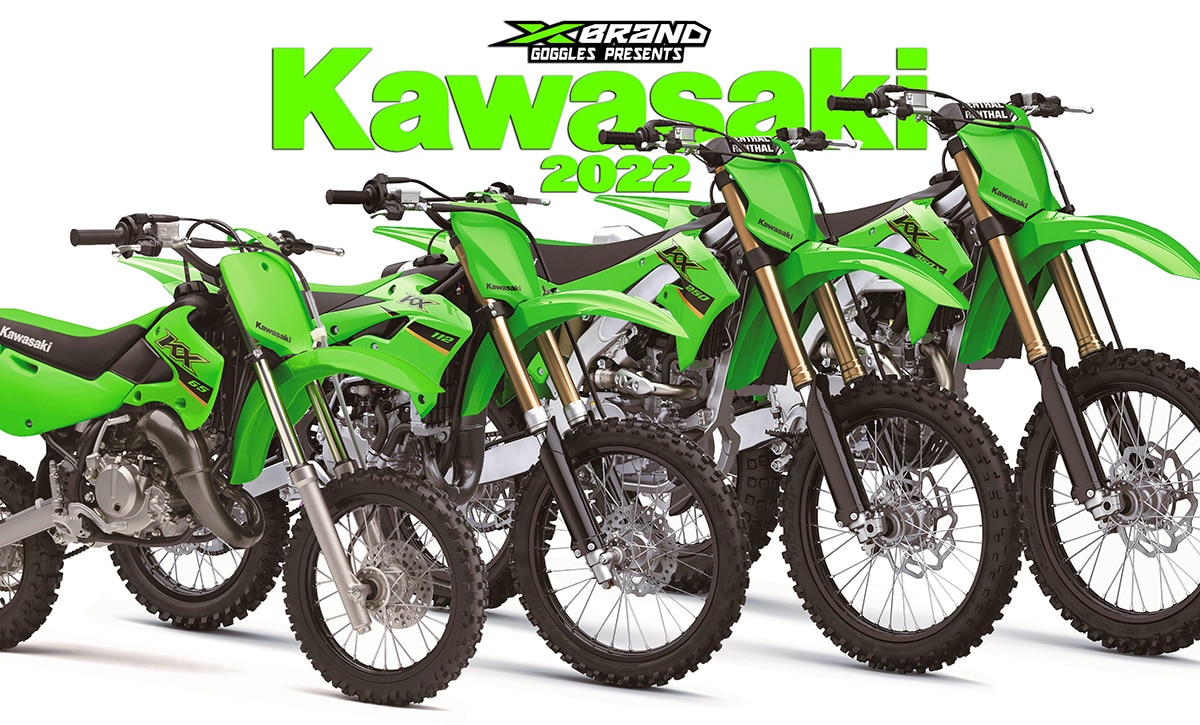 Kawasaki today announced its 2022 line of off-road and MX motorcycles. The biggest news of the drop was the KX112, which replaces the KX100. The KX85 is also extensively updated. The remainder of the KX and KLX lines will be predominantly unchanged. Here’s the official Kawasaki release. For more detailed information on the new KX112, check out Two-Stroke Tuesday.

ALL-NEW 2022 KX™112 Motorcycle
All-new for 2022 is the KX112 supermini racer that bridges the gap to full-size motocross bikes and boasts a powerful 112 cc displacement engine, the largest in its class. The KX112 boasts several new features including a new 112 cc two-stroke engine, stronger transmission, increased cooling performance, Dunlop MX33 tires, and revised styling and ergonomics. Building on the strengths of its predecessor, the all-new KX112 offers more race-winning potential in a highly competitive class. The increased power makes the KX112 feel faster everywhere on the track, especially where riders can take advantage of its stronger low-end torque.

UPDATED 2022 KX™85 Motorcycle
Built using much of the same race-winning technology as that found on the KX112, the KX85 motorcycle defines a “big bike in a small package” and returns even stronger for 2022 with several new updates that continue to grant young racers the championship-winning advantage they need to sharpen their skills. The KX85 relies on its instantaneous power, nimble handling, and factory-race-inspired styling to reach the checkered flag first. The KX85 shares several new features with its bigger KX112 counterpart, including a stronger transmission, increased cooling performance, Dunlop MX33 tires, and revised styling and ergonomics. 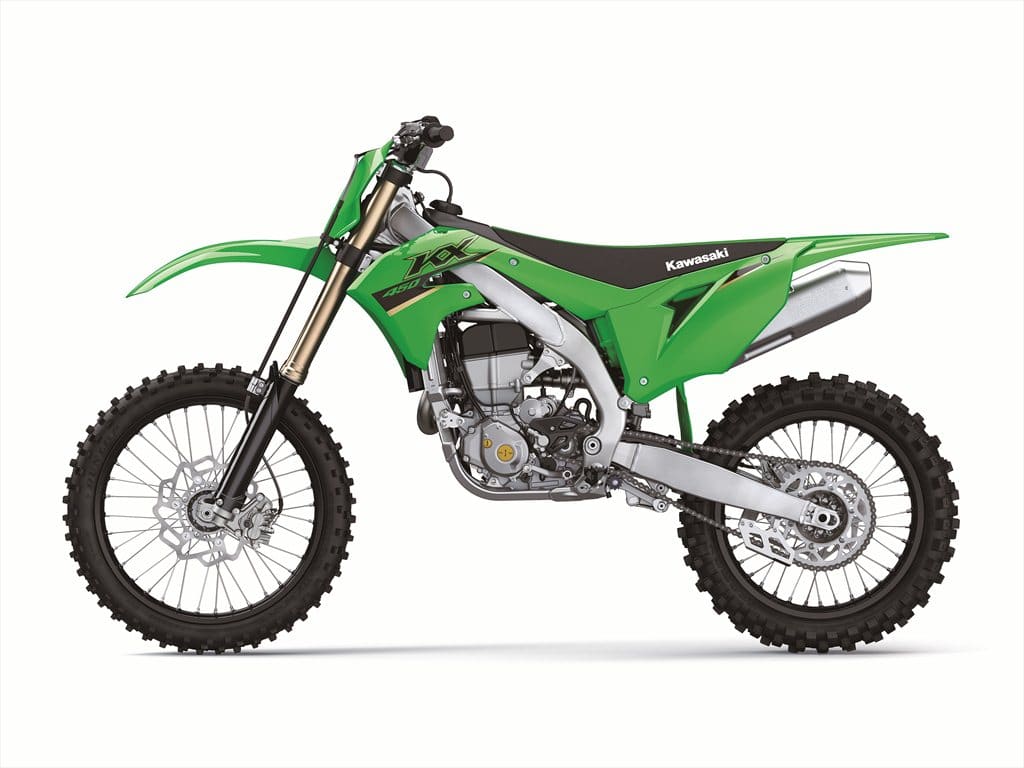 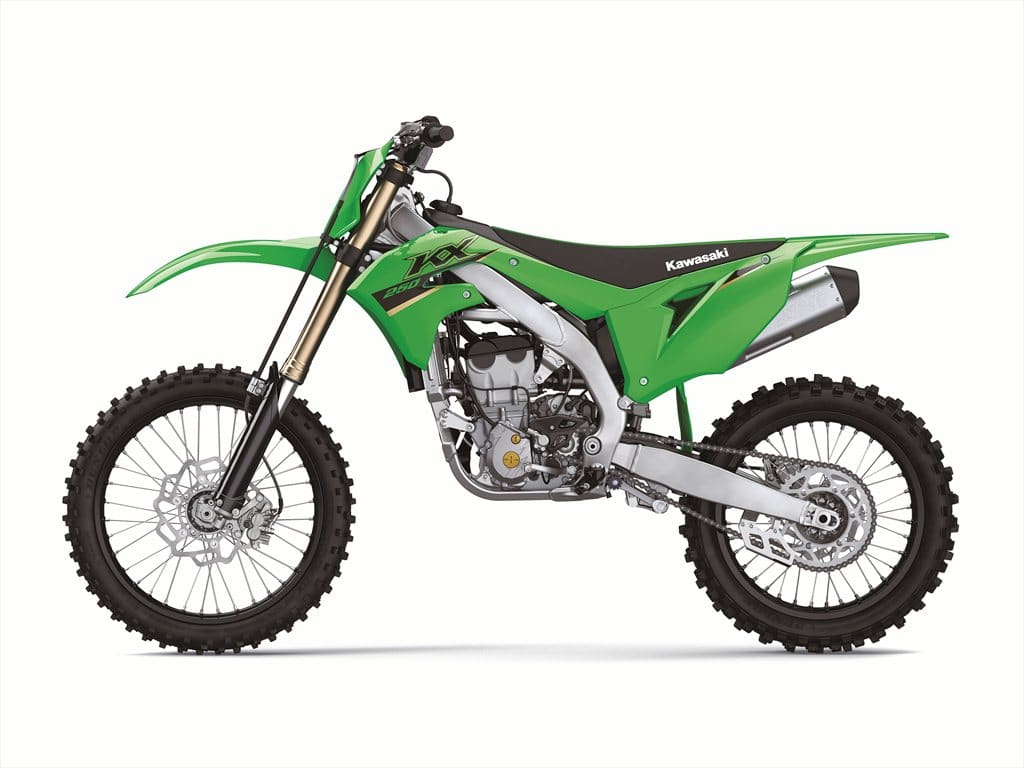 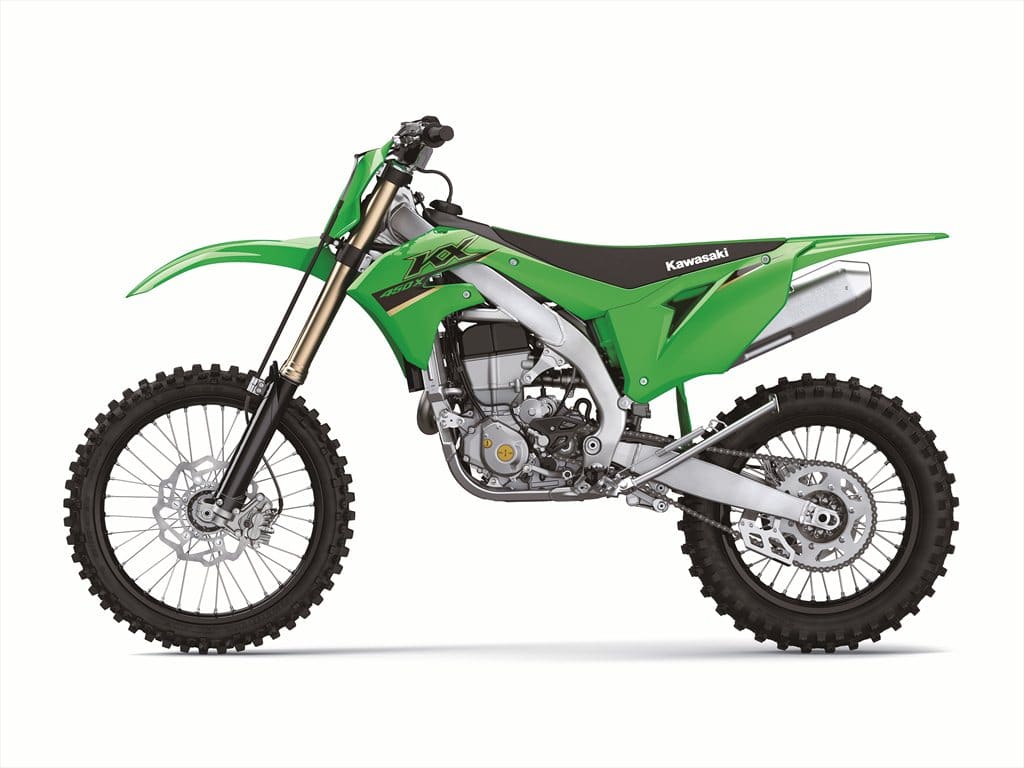 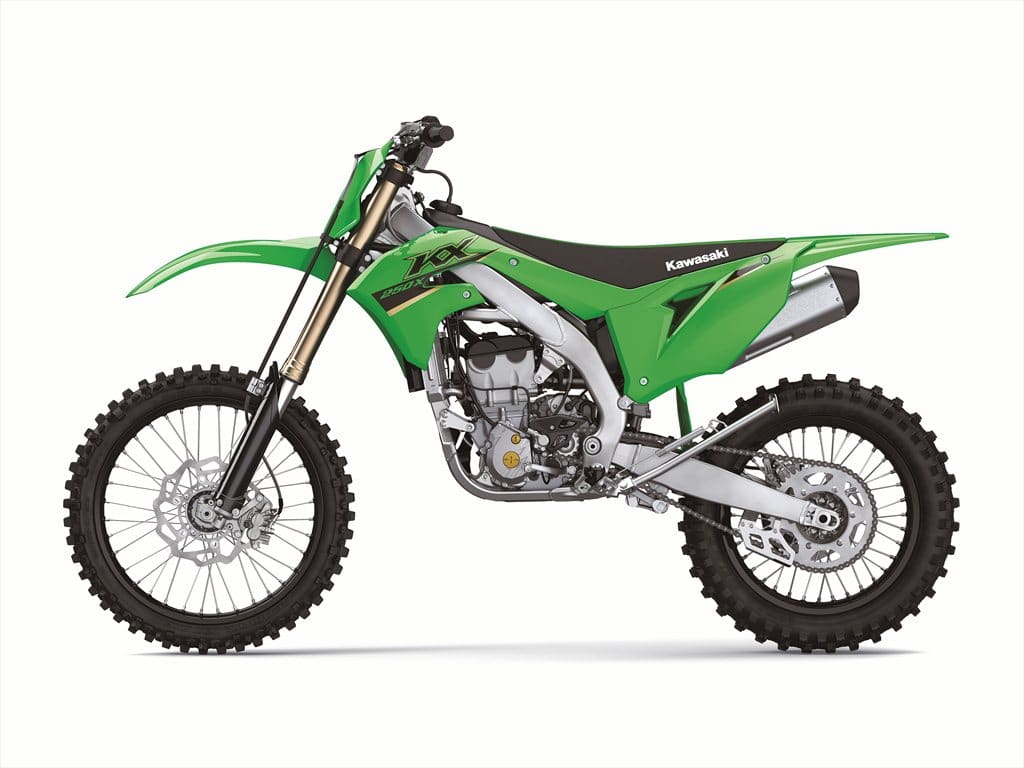 In addition, the following KX™ and KLX® motorcycles are returning for 2022: