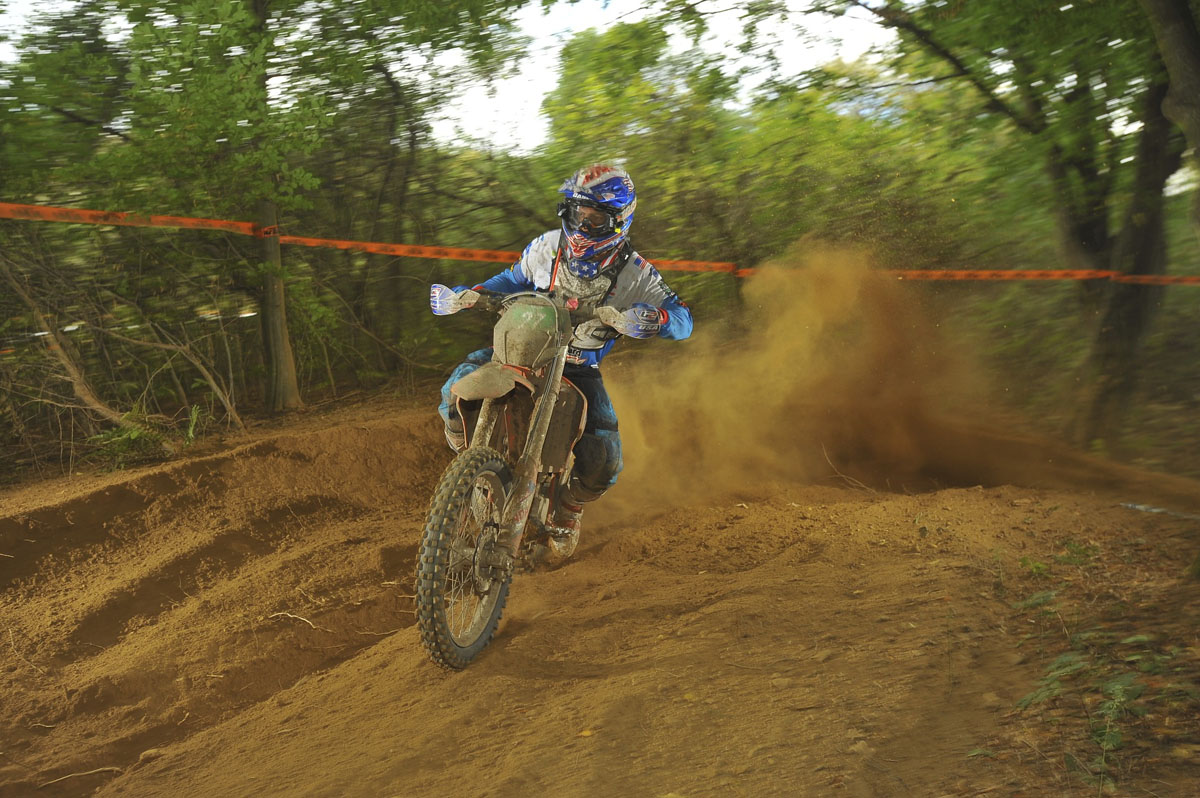 Australia now leads all three major races at ISDE.
After an amazing start to the 90th International Six Days Enduro, Team USA had to
settle for second behind the speedy Australians on Day 2 in Kosice, Slovakia. The
Aussies started the day in second place in the all-important FIM World Trophy division
by a minute and a tick under 15 seconds. At the end of the day, they were eight
seconds ahead of the Americans, with three-time and defending champs France third.
Daniel Milner—who’s spent this year racing GNCCs in the U.S.—set the day’s
fastest overall time in winning the E2 class for the day, making him the star of the
Aussie team. However, he still trails American Ryan Sipes who continues to have the
best score of the entire field after two days in E2.
Likewise, Kailub Russell remains the overall E1 leader after two days, even
though he had a comparatively disappointing Day 2 with sub-par times and a tweaked
knee. Great Britain’s Jamie McCanney remains second behind Russell in the class.
In E3, Australians Lachlan Stanford and Daniel Sanders traded places at the top,
first-day leader Stanford dropping off the pace slightly to forfeit his class lead to
Sanders.

And Sanders is a big part of Australia’s solid lead in Junior World Trophy over
Sweden and France. However, Team USA is a close fourth in that race despite losing
Layne MIchael to a left wrist that was both broken and dislocated yesterday in the first
test, plus nearly losing Steward Baylor to a big crash late in the day that resulted in a
second-degree AC separation of the right shoulder.
Baylor now faces surgery, but he refused to not line up and try to ride today.
“I knew it was going to be tough,” he said. “I just kind of planned on riding to the
first test and if I could make it, I was going to go [on].”
A bang-up tape job and a shot of painkiller before the start and halfway through
the day made it possible for him to ride. Naturally, he wasn’t at his best, but even that
was good enough to give him the second-best score on the squad behind only his
brother Grant. Rookie Nick Davis remains the third and final scorer for the team that is
36 seconds behind the French.
To no one’s surprise, Australia’s three women continued to dominate Women’s
World Trophy over Sweden and France. America’s three women—Rachel Gutish, Mandi
Mastin and Jamie Wells—remain fifth behind Finland.
In the Club teams, the GoFasters.co squad of Reid Brown, Nate Ferderer and
Brian Garrahan jumped up two spots to sixth.