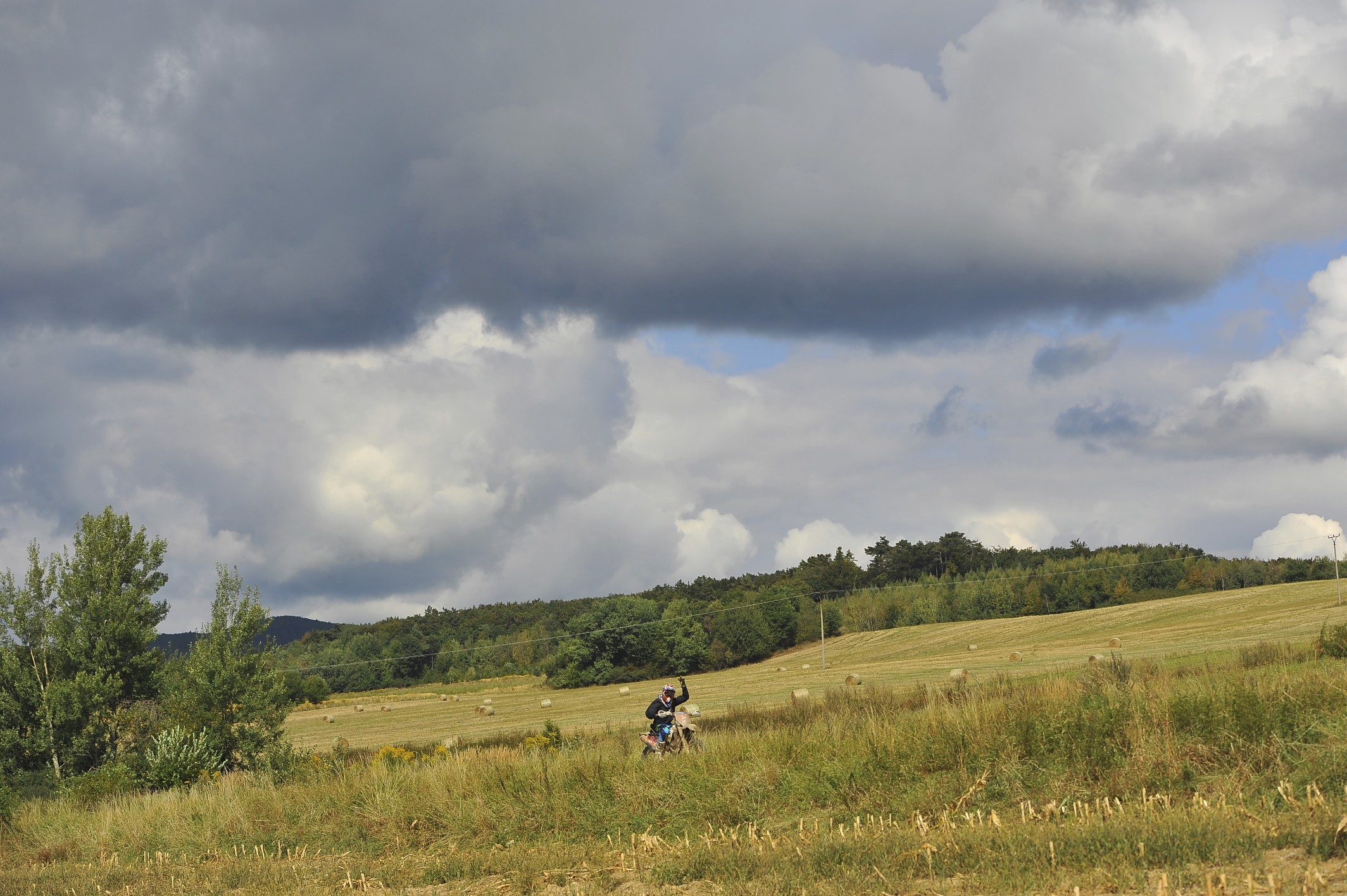 A DARK DAY TURNS WORSE FOR TEAM USA AT ISDE :

A decision to disqualify eight of the top names for a controversial course deviation threw the 90th International Six Days Enduro in Kosice, Slovakia, into a sour mood after the third day was done.
Australia continued to lead all three major categories, but the exclusions completely changed the face of competition and the positive atmosphere of the event.
From what little information is available, it appears that three of the French World Trophy team (Anthony Boissiere, Marc Bourgeois and Jeremy Joly), two Spainiards (Cristobal Guerrero and Lorenzo Santolino), Great Britain’s David Knight, Italy’s Manuel Monni and Team USA’s Taylor Robert all ran afoul of the rule stating the penalty for going the wrong way on the course is disqualification.
Knight posted on his Facebook page that the section of course (perhaps at or near a check) was poorly marked and had the potential for a head-on.
What this means for Team USA is that Robert is out, pending appeal. And that’s on top of Kailub Russell’s DNF after injuring the knee he hurt yesterday, followed by a big crash in the next test. He plans to head home as soon as he can to have his doctor help him get ready for upcoming races, like next week’s GNCC.
So with two men out and five of six scores counted, the U.S., as well as France, Great Britain and Spain all dropped dramatically in the standings, the Americans now in 20th followed by Spain, Great Britain and France. Ironically, Italy is now second to Australia (with Finland third) because it still has five men running.
Before that, there were bright spots for the U.S., with Ryan Sipes clawing back an E2 win for the day and maintaining his overall individual leader’s role. In addition, Thad Duvall turned his previous day around and sailed to a solid fifth in E2.
“It’s awesome! I’ve just got to keep from thinking about it too much—just keep focused,” Sipes declared.
As for the Junior World Trophy category, Australia may still be leading with Sweden second, but the U.S. quartet moved up a spot to third—and has eyes on second!
They’ve done this with practically only two and a half guys, because Day 1 saw both Layne Michael and Steward Baylor crashing. Michael’s broken and dislocated wrist prevented him from continuing, but Baylor’s separated shoulder was still rideable, though extremely painful even with a good tape job and some very effective painkilling injections.
Despite the pain and having to adapt his style, Baylor not only completed the day but did respectably well in the tests, enough that he was 20th in E2 for the day.
Asked how his brother was able to withstand that discomfort, Grant Baylor replied, “I don’t know if it’s dumb or tough [that keeps him going]!”
Grant is no slouch in the results and finds himself getting better as the week rolls on. He ended the day on a high note by finishing second overall in the final test, Sipes the only rider who was faster.
“We moved into third place today after the first test so we’re making up ground on second, I believe. Hopefully, we can get into that number-two spot [by the end of the week],” he said.
There was no change in Team USA’s standings in either Women’s World Trophy and Club. 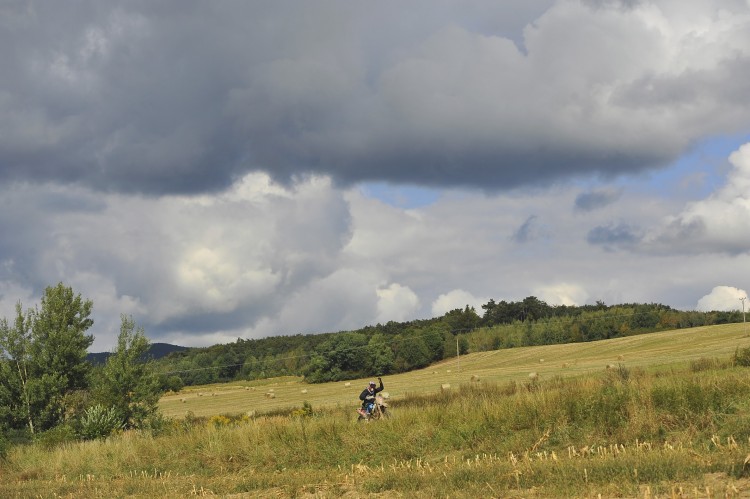 Ryan Sipes gives a friendly wave while cruising down a road, one of the few transfer sections that didn’t beat you up! He won E2 again and remains the overall individual leader, though the U.S. World Trophy team dropped from second to 20th after losing Kailub Russell to a knee injury and Taylor Robert to a controversial DQ that also affected seven other top riders and, thus, teams. 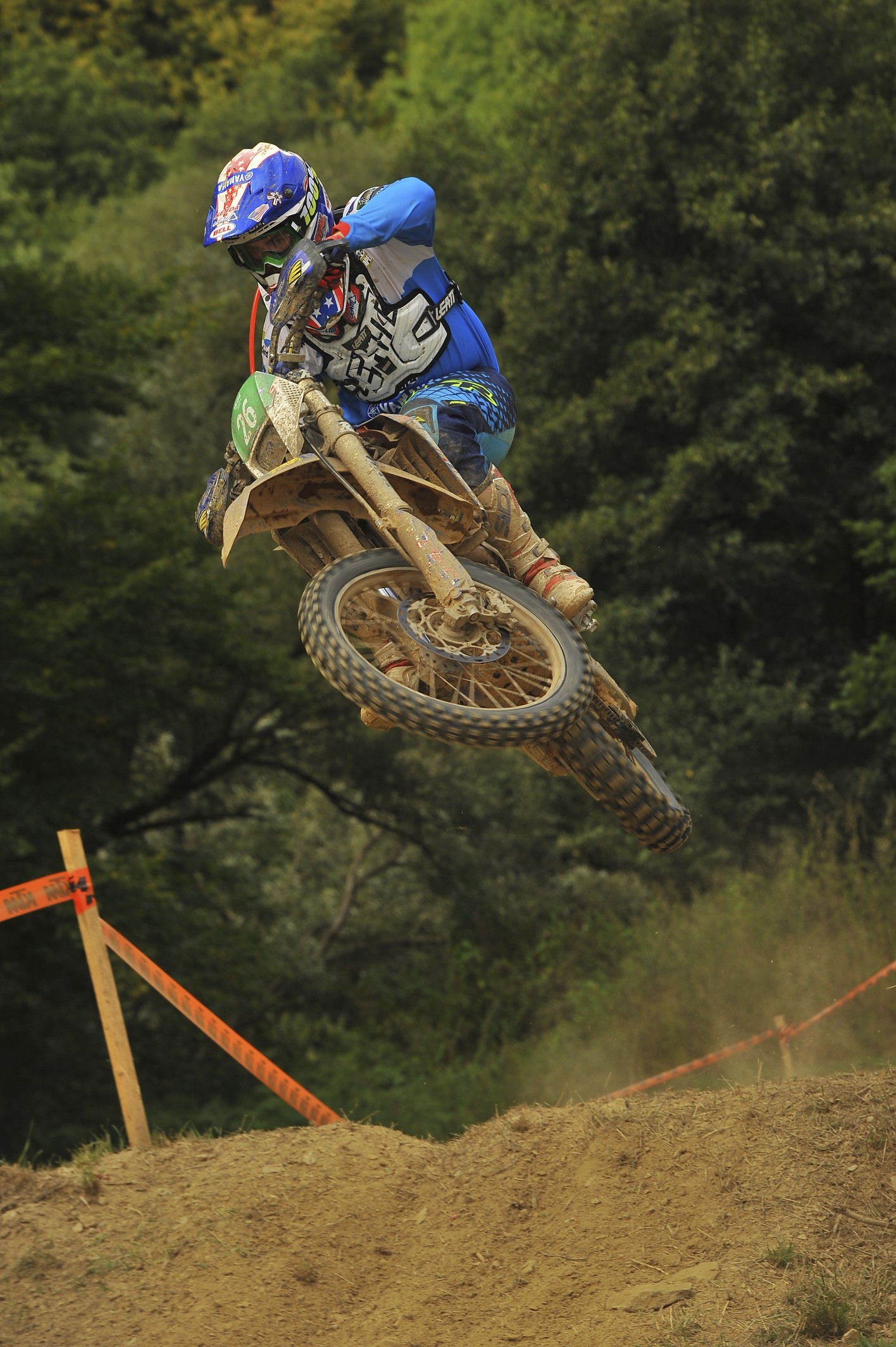 Despite having two healthy and one injured rider, the U.S. Junior World Trophy team moved into third today, thanks in part to team leader Grant Baylor’s eighth in E2.