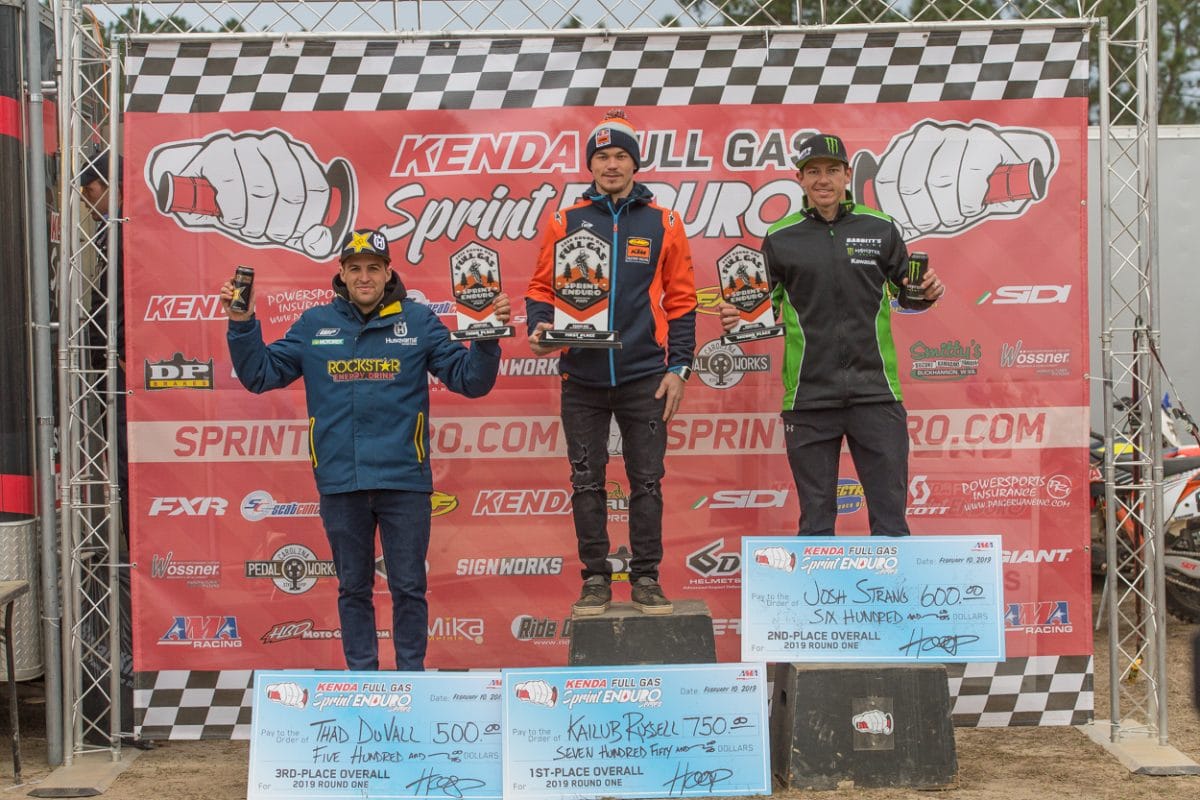 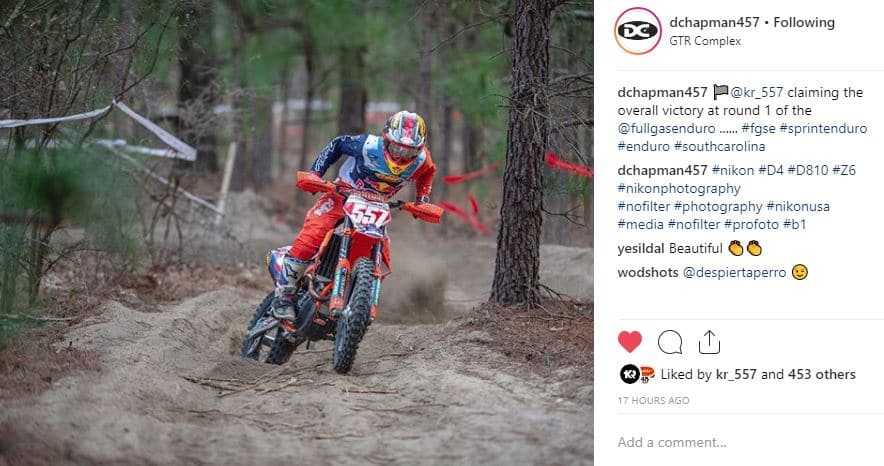 Over 400 riders filled the start grids at the opening round of the Kenda Full Gas Sprint Enduro Series in Gaston, South Carolina, where Kailub Russell emerged as the overall victor ahead of a stacked field of talented pros. Russell was making his return to the Kenda Full Gas Sprint Enduro Series, having last competed in 2015 – a year when he won the title. The FMF KTM rider hadn’t lost a step, however, and posted the fastest time in the first test of the weekend by an amazing eight seconds over the next closest rider. The two-day event would not be a Russell runaway, though, as Josh Strang would end up splitting wins over the course of the two days, with Russell winning Saturday’s round and Strang winning Sunday’s.

Strang, who was making his first appearance with the new Babbitt’s Monster Energy Kawasaki team at the South Carolina race, improved from fourth place on Saturday to first place on Sunday en route to second place overall. The Aussie off-road star won three tests on Sunday to edge Russell by four seconds to win the Sunday round.  “I think I had a case of nerves on Saturday, but I was still pretty steady. I think I maybe put a bit of pressure on myself because of the new team,” said Strang. “I was more relaxed and I rode like I know how to ride on Sunday. It was a stacked class with everyone that was here, and the track got super rough, so it was a tough race. I’m happy with second and I’m looking forward to the season. It’s going to be a really competitive year.”

In his first race since November due to an injury he suffered last year, Thad DuVall turned in a promising performance and posted the fastest time in two of the tests (one on each day), but a “bad” test on each day kept the Rockstar Energy Husqvarna rider from challenging for the win. On Saturday, DuVall lost his brakes in the Enduro test and on Sunday he crashed.

The Kenda Full Gas Sprint Enduro Series returns to action on March 2-3 in Blackshear, Georgia for round two of the series. For more info on the series go to www.sprintenduro.com. 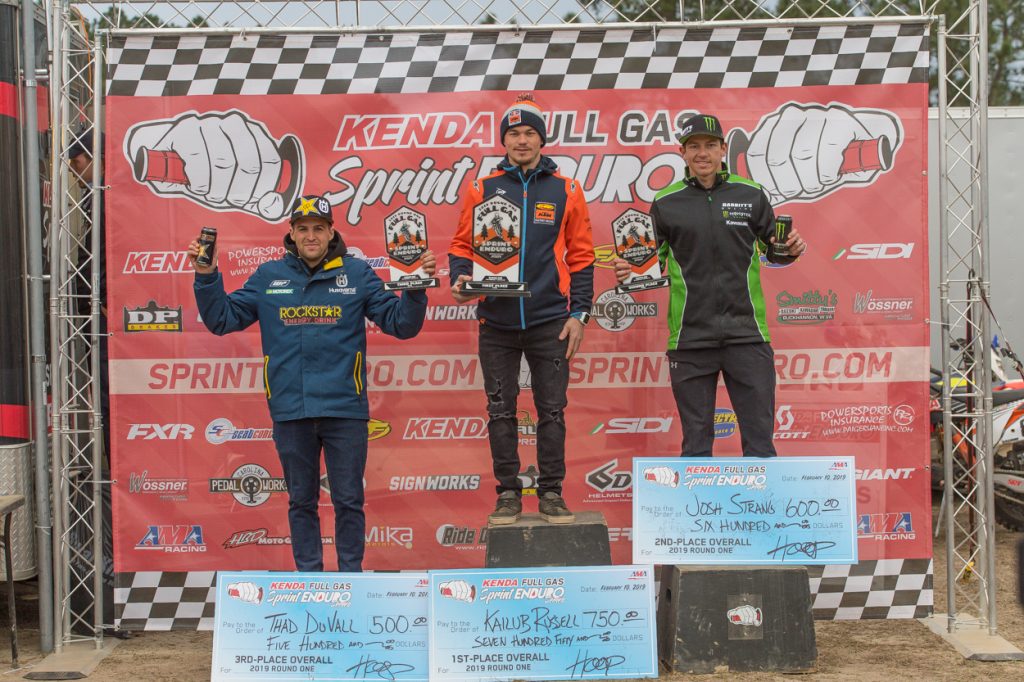