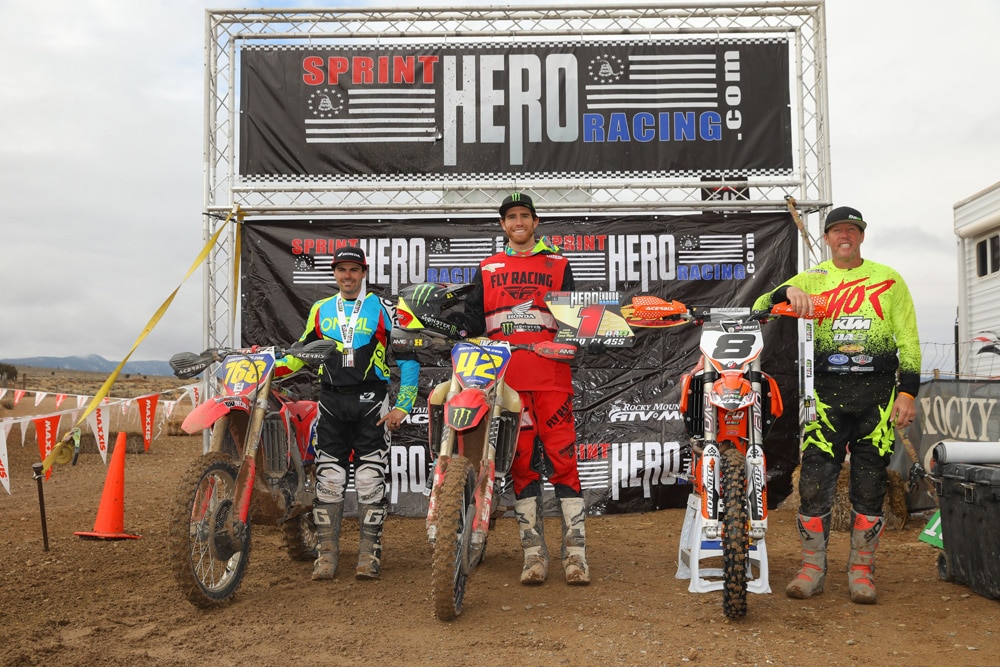 Cedar City, UT (3/11/2018) – Justin Jones won the Sprint Hero Racing Series held at Iron Mine Raceway. Jones, riding his Monster Energy Honda, beat out Cole Shondeck and Destry Abbott for the victory and took the points lead in the process. The event was the second of three being held this season. 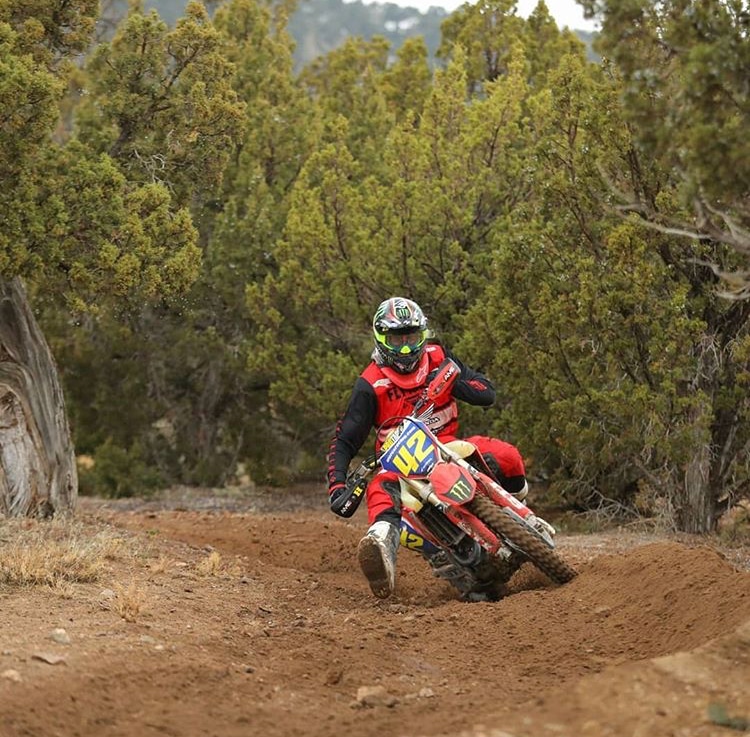 Weather was dry on Saturday with slick and dusty conditions. Rain overnight brought the track surface around nicely on Sunday with perfect racing conditions. Jones, who finished second in the first race at Glen Helen, had to play catch up after a hard tumble during Saturday’s race. He came back on Sunday and took the win.

“On Saturday, Destry and Cole Shondeck were really going fast and I didn’t make it easy on myself,” said Jones. “I made a lot of mistakes and went down hard once. I rebounded on Sunday and conditions couldn’t have been better. We had a decent amount of rain last night and I came out on top.”

Jones enjoys the new series as it offers something for everyone. Not only does it feature 22 classes, the format also allows people of all fitness and experience levels to challenge themselves on the different tests.

“This is favorite type of racing because you have competition in your class, but you’re really racing against yourself and the clock,” said Jones. “You can really turn yourself inside out in minutes and it shows raw speed off road.”

After finishing fifth in the opener, Shondeck decided to run the whole series and was rewarded with a runner-up finish, just behind Jones. A veteran motocross racer, Shondeck said the format has helped him really come up to speed in off-road racing.

“It was an awesome weekend. The Enduro Test was super cool. The single-track section was tight and completely different than the rest of it. The GP sections were fast, but they were fun. You get a little bit of everything out here. I grew up doing motocross and I’m a little bit new to the off road stuff,” said Shondeck. 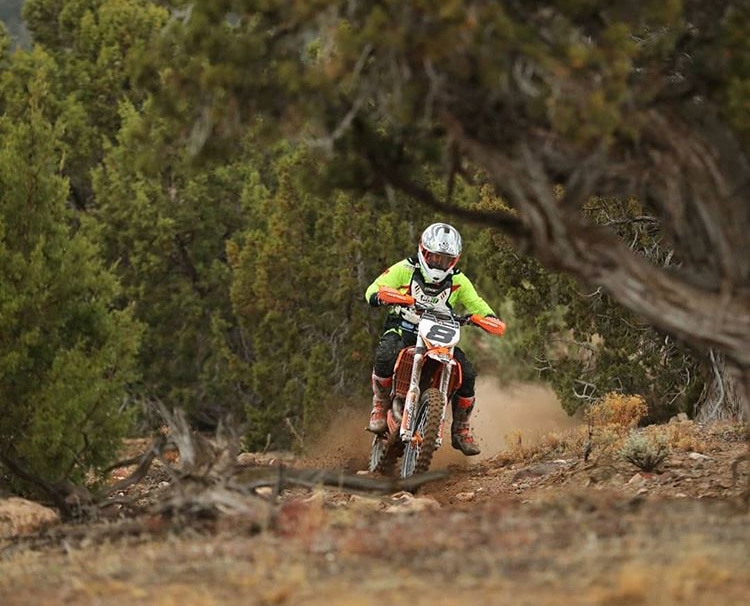 Forty-five-year-old Destry Abbott finished third on the weekend, just ahead of his son Cooper. Despite fitness levels challenged by chemotherapy, Abbott was able to put in competitive runs both days. He said the new format allows him to continue racing.

“This series is for everybody,” said Abbott. “My fitness isn’t all there. I’m still dealing with chemo and being 45 isn’t the best, so this style is really the best for me right now. You can be young or old and this is a great style of racing. This series is really going to take off. You come in, talk to your buddies and have a good time. Then you go out and do another test.”

The Sprint Hero Racing Series finishes its season at Canyon MX in Peoria, AZ. That event is scheduled for April 14-15.