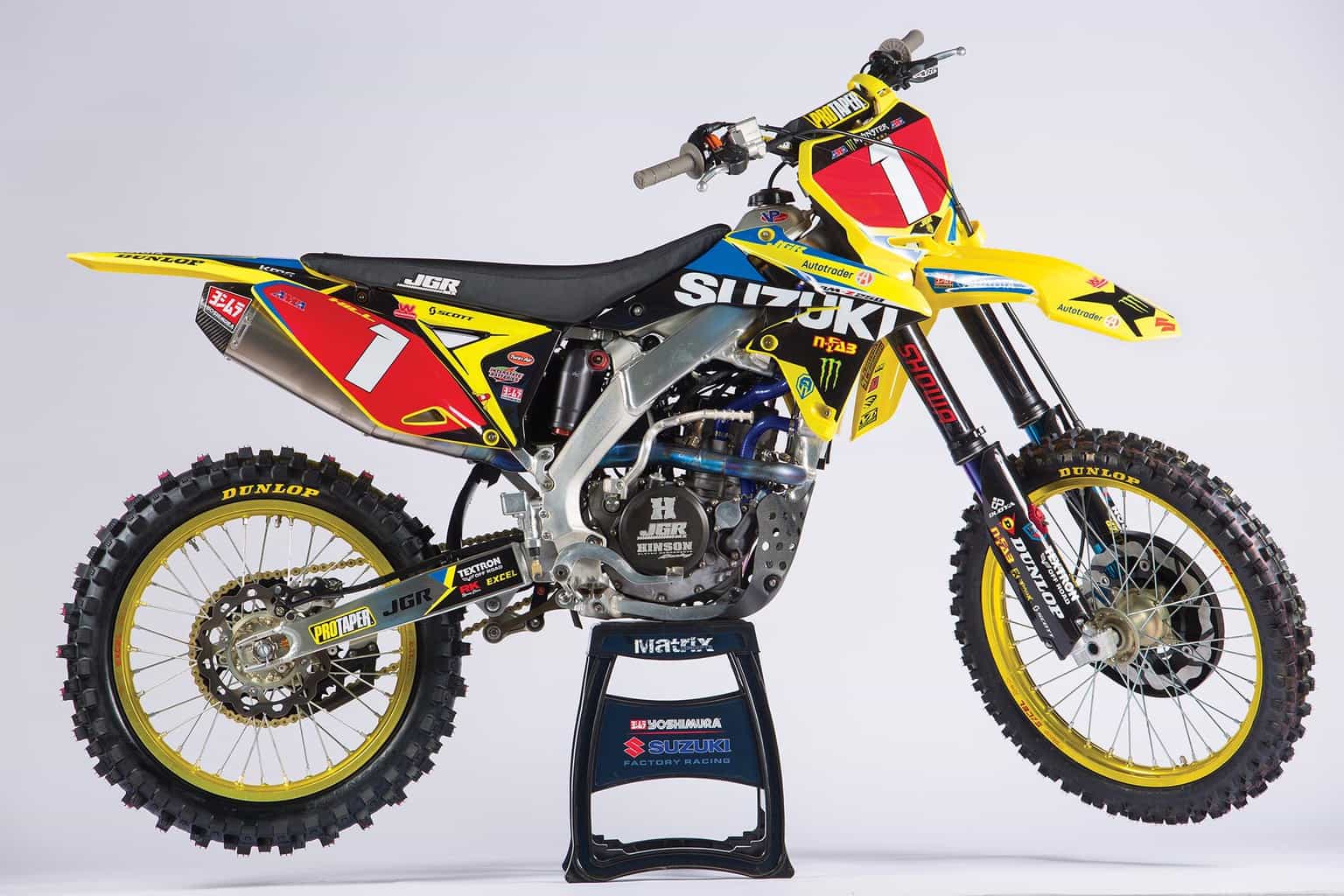 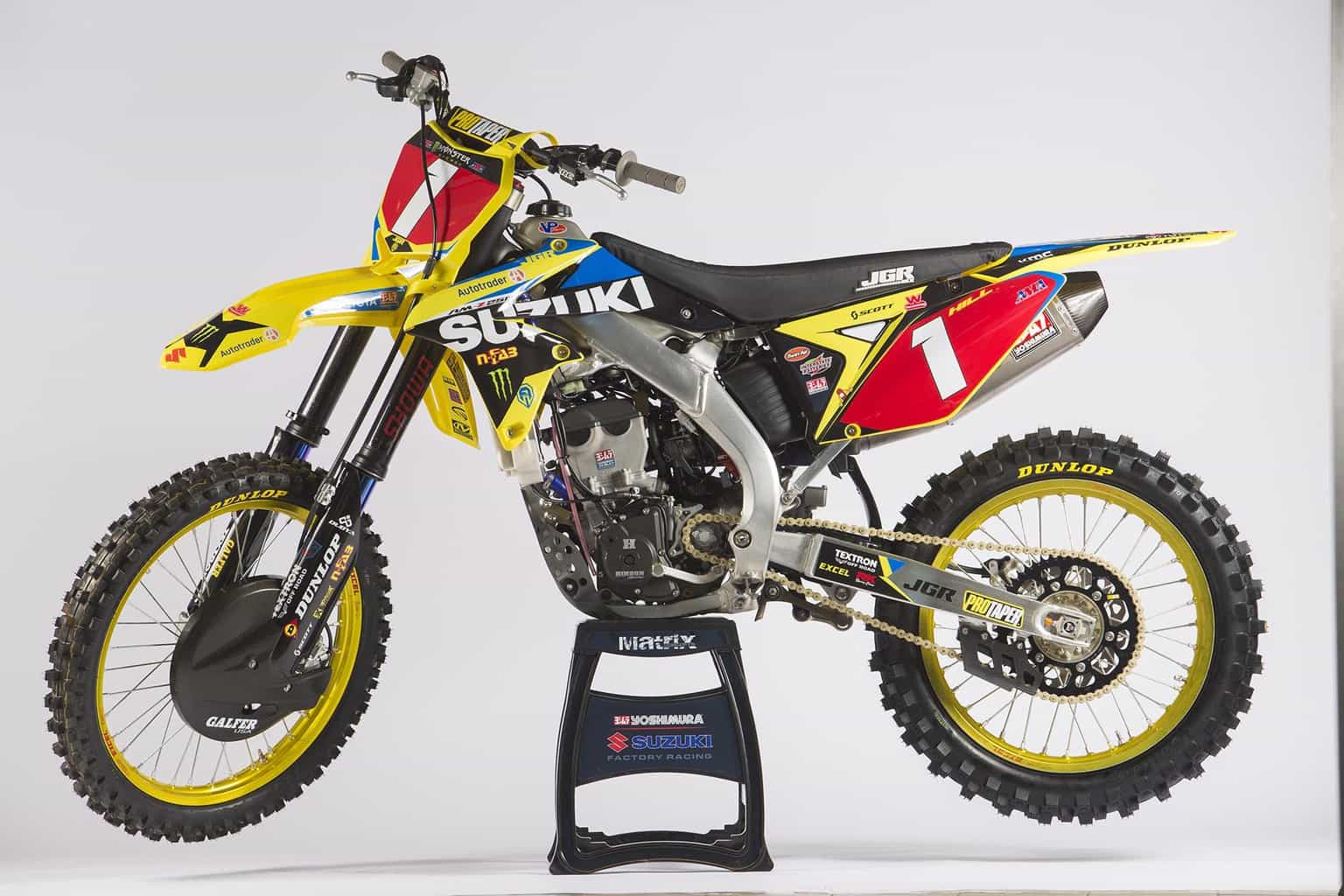 Huntersville, N.C. (October 3, 2017) – The Autotrader/Yoshimura/Suzuki Factory Racing Team is proud to announce the signing of Justin Hill for the 2018-‘19 supercross/motocross seasons.

Justin Hill will be an integral part of Suzuki’s intensified focus in the 250 class for 2018. The Yoncalla, Ore. native captured the 2017 Monster Energy AMA Supercross 250 Western regional title in dominating fashion, winning four main events and never finishing outside of the top five. In fact, Hill has been exceptional indoors since turning Pro in 2013­ – seven main event wins, 16 podium finishes, and 23 top-five Supercross performances in 36 races. Injuries have hampered Justin the past two years in the Lucas Oil AMA Pro Motocross Championship series; however, the amiable 22 year old has amassed 17 top-ten National finishes when healthy.

“It’s an honor to be a part of the Autotrader/Yoshimura/Suzuki Factory Racing effort. I have known [team manager] Jeremy Albrecht for a while now, and have always respected the JGRMX program,” stated Justin Hill. “I was blown away after taking a tour of the team’s headquarters in Huntersville, N.C. It’s amazing how they invest so much time and money into finding solutions in an effort to gain a competitive edge. I knew immediately that I needed to be involved with them.”

Justin Hill is no stranger to Suzuki, having raced on a RM-Z250 and RM-Z450 as an amateur in 2010. Hill explained, “I won my first big bike championship on a Suzuki and have fond memories of the brand. Comfort on the bike, as well as confidence in the team, are crucial to a rider’s success. JGR expressed their faith by offering me a multi-year deal that extends into the 450 class. I’m looking forward to defending my 250 West Supercross title on the Suzuki RM-Z250, making a big push outdoors in what will be my last year in the 250 class, and then taking the pathway up to the 450 class with JGRMX in 2019.”

Autotrader/Yoshimura/Suzuki Factory Racing team manager Jeremy Albrecht is thrilled to have Justin Hill representing the team’s factory effort for 2018 and beyond. “Justin is a phenomenal talent. He has incredible ability on a motorcycle and is the cornerstone of our 250 program. In getting to know Justin, I’m also impressed with his professionalism and demeanor.” Albrecht continued, “The Autotrader/Yoshimura/Suzuki Factory Racing Team expects to win races, and I have the utmost confidence in Justin. His resume speaks for itself.”

Suzuki is very enthusiastic about the signing of Justin Hill. “With this news it should be obvious that Suzuki and JGR are committed to competing at the highest level in 250 racing,” commented Chris Wheeler, MX Manager at Suzuki Motor of America, Inc. “The team has already logged an incredible amount of hours during pre-season testing. Engineers from both Suzuki Japan and Yoshimura have come together at the JGRMX headquarters as part of the new formation that has solidified JGRMX as Suzuki’s factory effort.”

The Autotrader/Yoshimura/Suzuki Factory Racing Team will make its 250 debut at the opening round of the Monster Energy AMA Supercross series in Anaheim, Calif. on January 6th, 2018.