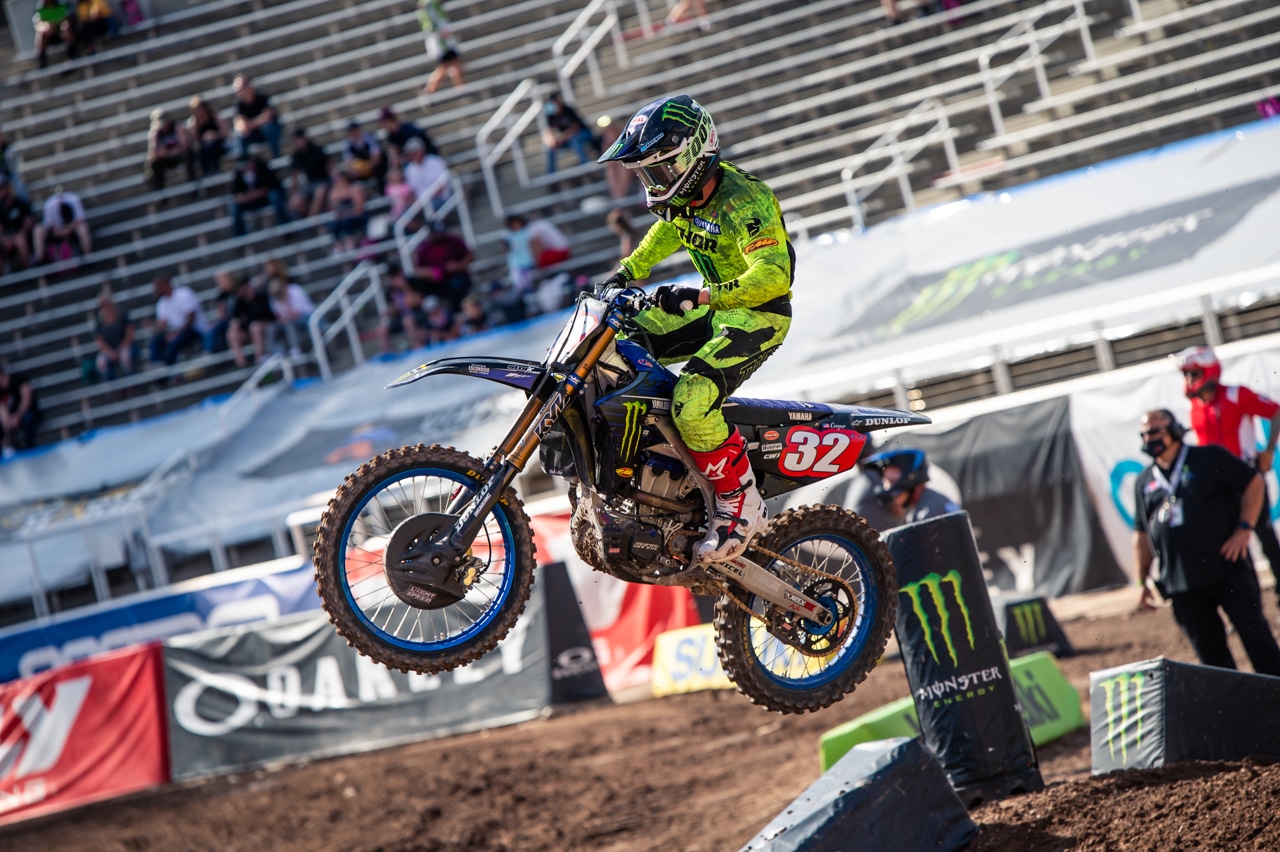 Star Racing Yamaha and defending West Coast 250SX Champion announced that he will miss the entire 2022 SX season due to a foot injury suffered during practice.

Cooper had this to say :

“Unfortunately I had a crash yesterday at the track. I got a little bit off line in a rhythm and didn’t get the lift for the next triple and cased it pretty hard which was fine. Almost had it saved and when I finally laid it down my foot got pinched under the footpeg. That being said it turns out I have broken and dislocated 4 metatarsals and have some fractures in the center of my foot as well. Will most likely get surgery early next week. Not the way I wanted to start the year off, everything has been going really good until this. This is called a Lisfranc injury and will probably put me off the bike for about 6 months. Tough pill to swallow but this is part of life and you have these obstacles. How you overcome these difficulties is what defines you. Ill keep you guys updated once I know more, it’s all very fresh so just giving a quick update on what i know so far. I will be missing all of SX, hopefully will be good to go for MX 🤞🏻”