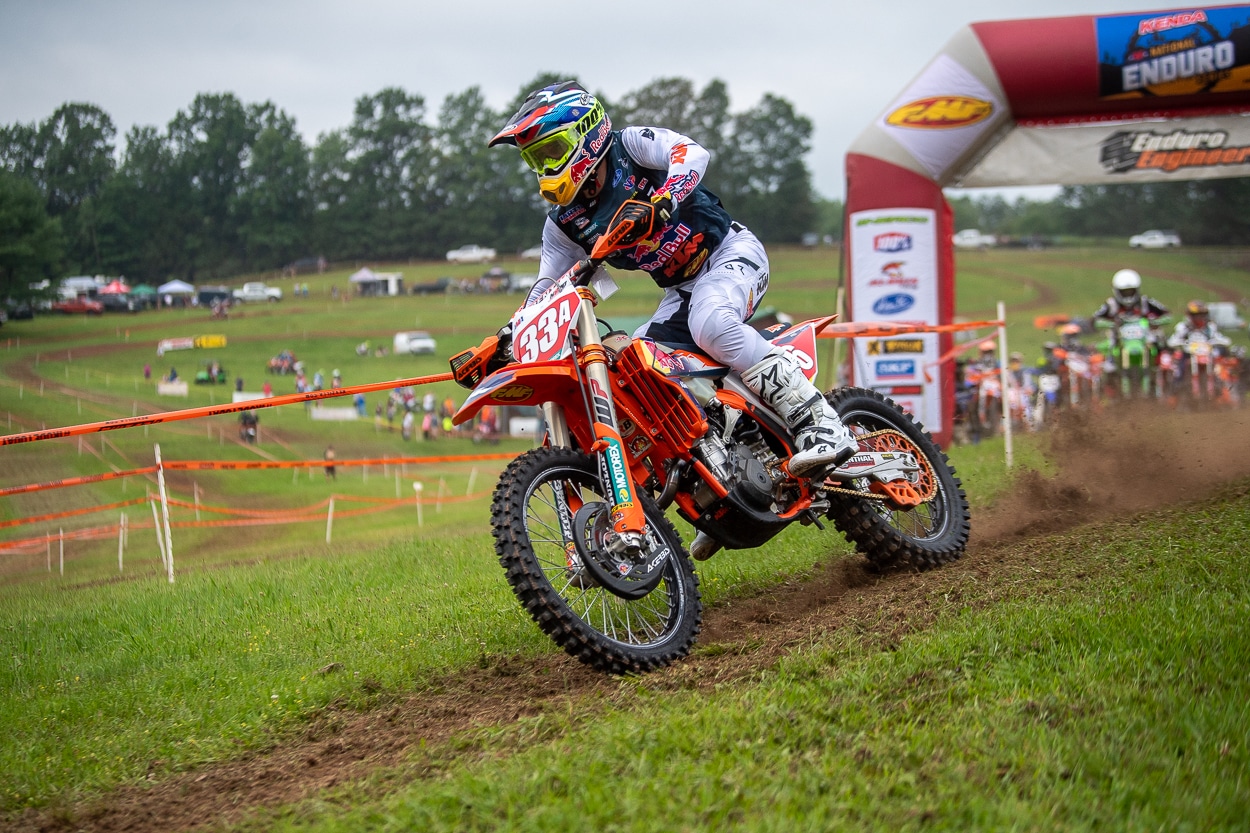 Josh Toth claimed his second win in a row in AMA National Enduro competition with an impressive victory at this weekend’s Rattlesnake National Enduro in Cross Fork, Pennsylvania. The FMF/KTM rider won two of the six tests and beat out series point leader Steward Baylor (AmPro Yamaha) by just over 34 seconds for the “W”.

With the win, Toth moved into second place in the series standings behind Steward. Steward’s brother Grant (KLM/Milwaukee/GasGas), came into the event sitting in second overall in the standings, but suffered a DNF after he injured his collarbone in test three and was forced to drop out. With four rounds remaining, Steward leads the standings with 135 points, followed by Toth with 109 and Grant with 101.

Steward mixed it up with Toth and FMF/KTM’s Ben Kelley for most of the day, and entered the final test of the race sitting in third, just a few seconds behind Kelley. However, the South Carolina rider turned in a blistering ride to win the final test, moving him into second overall ahead of Kelley in the final results. Kelley finished out the podium in third for his best finish of the season.

Beta USA’s Thorn Devlin switched from a two-stroke to a four-stroke for the PA event and promptly turned in his best finish of the season with a fifth overall.

“I’ve ridden the 350 three times since February, so we were coming into today just like, we kind of wanted to get some testing done on it and just commit to racing it,” said Devlin. “So, coming into it I had no expectations. I figured we could only get better from what our results have been. So, it was a pretty good day.”

Trevor Bollinger, fourth at the previous round in Georgia, got off to a quick start with a win in the opening test of the day, which was a first for him. In the end, the Rockstar Energy Husqvarna rider settled for sixth.

XC Gear/Enduro Engineering/Moose Racing/Husqvarna’s Ryder Lafferty was fourth-fastest in test five, and spent most of the day hovering around seventh, which is where he finished in the final results.

Eight-time AMA National Enduro champ Mike Lafferty (KTM) made a rare appearance and came away with the win in the AA class. Lafferty’s finish put him in 13th overall.