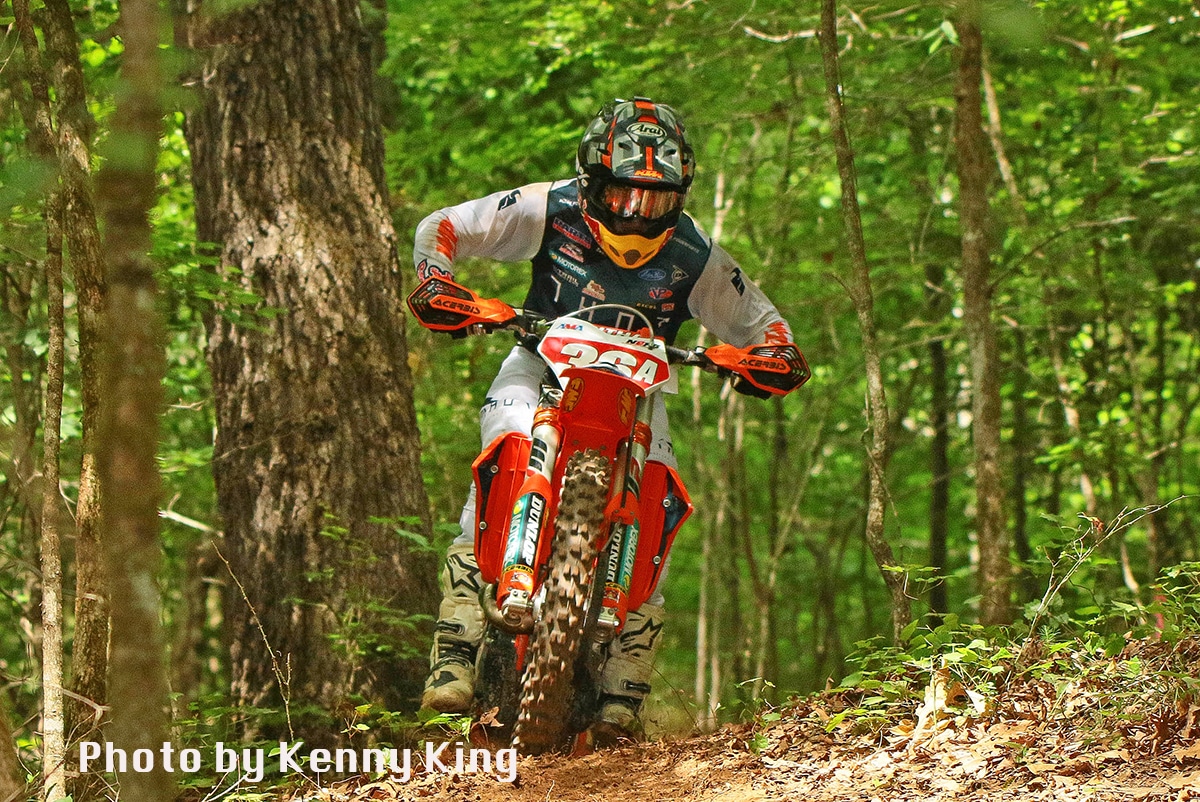 Josh Toth took a well-deserved win, his first of the year, at this weekend’s Cherokee National Enduro in Greensboro, Georgia, grabbing the lead in the first test and then holding it all day to beat out series point leader Steward Baylor by 19 seconds at the finish.

The FMF/KTM rider only topped two of the seven tests all day, but the two he did win he did so by big margins, while his remaining test times saw him sticking tight to his top two challengers, Steward (AmPro Yamaha) and Grant Baylor (KLM/Milwaukee/GasGas).

Grant and Steward were in a tight fight for second after the first test, but then Grant took a clear lead over his brother after winning tests two, three and four. However, a mishap in five cost Grant considerable time, leaving Steward to chase Toth to the finish.

“Josh had a good lead after the first test,” said Grant. “I clicked away a little bit on that one in the second and third test there. Then I think it was test five, I was coming down the straightaway behind one of the faster pro women riders and the rider in front of her moved off the trail for her, and then instead of looking to pull back out in the straightaway, they just pulled right back out into me and I hit them going thirty or forty miles an hour. it sent me and them flipping over the bars. It took me a while to get up after that. I ripped the whole of my starter button. My bike was all mangled up. It was a really good wreck. So, I got up after that and tried to get back going, but I couldn’t get back into that mode. Instantly crashed again after that. Just wasn’t focused.”

Rockstar Energy Husqvarna’s Trevor Bollinger ran fifth and sixth most of the day, but snuck past FMF/KTM’s Ben Kelley in the final test to claim fourth, his best national enduro finish.

“This was a lot tighter than I would have liked, but to keep the win streak alive is pretty cool,” said Ansley. “It was hot. It was brutal today. I almost overheated that last test. It was super tight. I knew I had like a minute buffer, but I still wanted to put in a good test score. So, to leave here with another win, really can’t complain.”

XC Gear/Enduro Engineering/Moose Racing/Husqvarna’s Ryder Lafferty returned from a two-race absence due to a broken collarbone to log a ninth overall finish. Meanwhile, 760 Husqvarna’s Ben Nelko rounded out the top 10 overall and second in the NE Pro2 class. 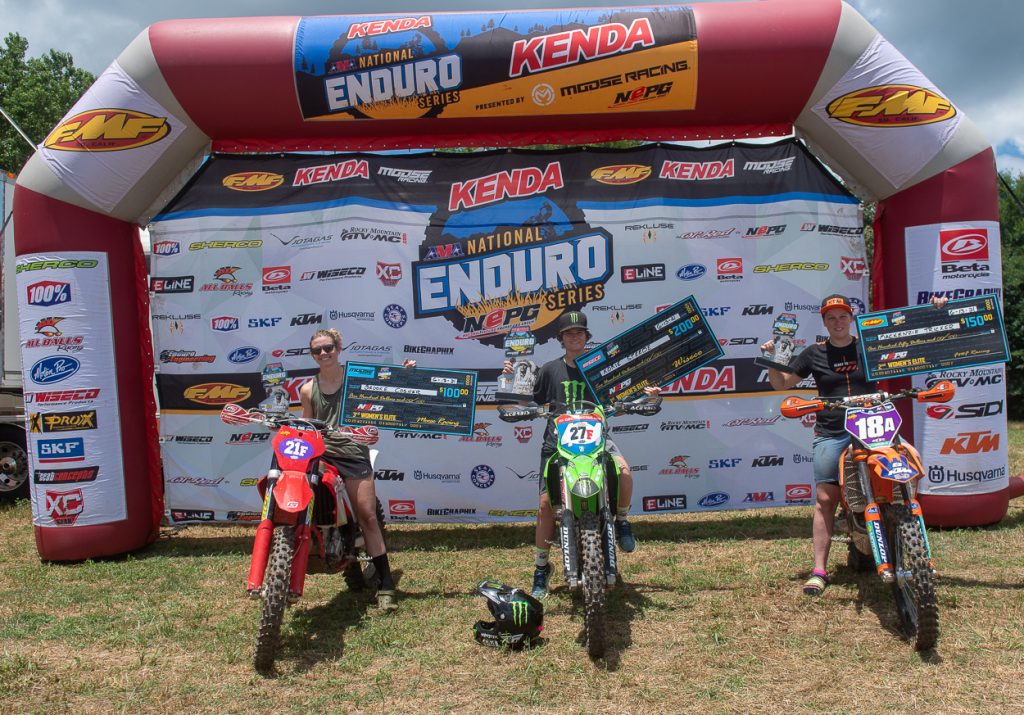