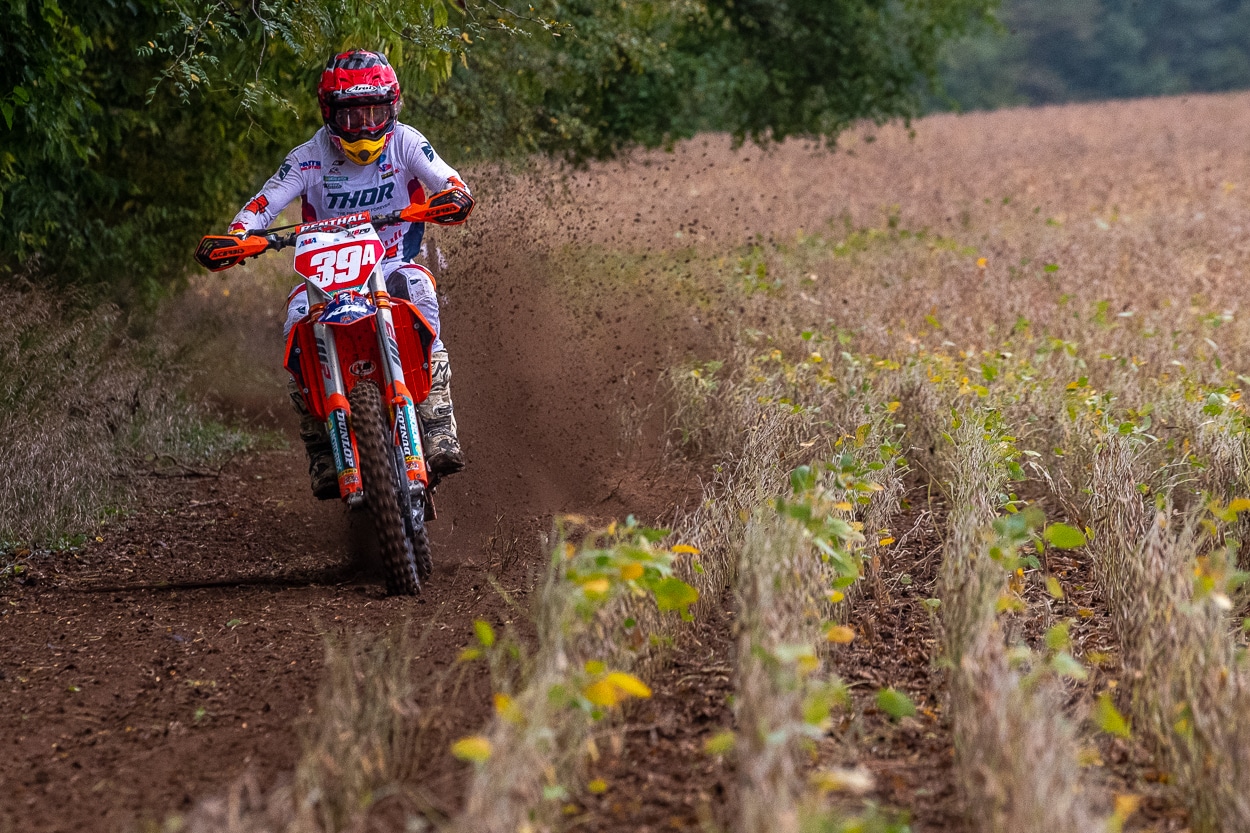 Share FacebookTwitterGoogle+ReddItWhatsAppPinterestEmail
FMF KTM Factory Racing’s Josh Toth returned to the center of the AMA National Enduro Pro1 podium with a flawless performance at Sunday’s Muddobbers National. He was joined on the box by teammate Ben Kelley, who came out on top of an intense second-place battle with Steward Baylor, Craig DeLong and Trevor Bollinger.

Steward Baylor came into the race with a 39-point lead in the series standings, and with just three rounds remaining, including the Muddobber, could be excused for looking at the big picture and riding a safe race.

“I talked to the team before I came up here and Randy (Hawkins) was pretty adamant that we just needed to cruise and make sure that we don’t make any mistakes,”said Baylor. “I felt like I was doing that, and then I had a really big mistake in test three, which put me off a cliff and I lost enough time that Craig (DeLong) was in sight of me. I rode really well to finish that test out.  You obviously want to win, but today was the day where were all fighting for second and we were all really close.”

Rockstar Energy Husqvarna’s Craig DeLong has been on a hot streak lately and finished fourth overall to back up the third-place finish he had at the previous round. His teammate  Trevor Bollinger is another rider making big strides in the national enduro series. Bollinger was just 11 seconds off his teammate DeLong for fifth. Despite losing his rear brakes in the sixth test, Coastal Racing GasGas’ Ricky Russell turned in a solid sixth overall finish.

Former Supercross/Motocross ace Broc Hepler is showing interest in the Enduro series and rode a Husqvarna to seventh overall, which was also good enough to win the NE Pro 2 class. The Pennsylvania rider battled for most of the race with Trail Jesters Racing/KTM’s Jesse Ansley for the class win and ended up edging Ansley at the finish by eighth seconds.

With just two rounds remaining, Stew Baylor leads the series standings with 181 points, followed by Josh Toth with 150 and Ben Kelley with 146.