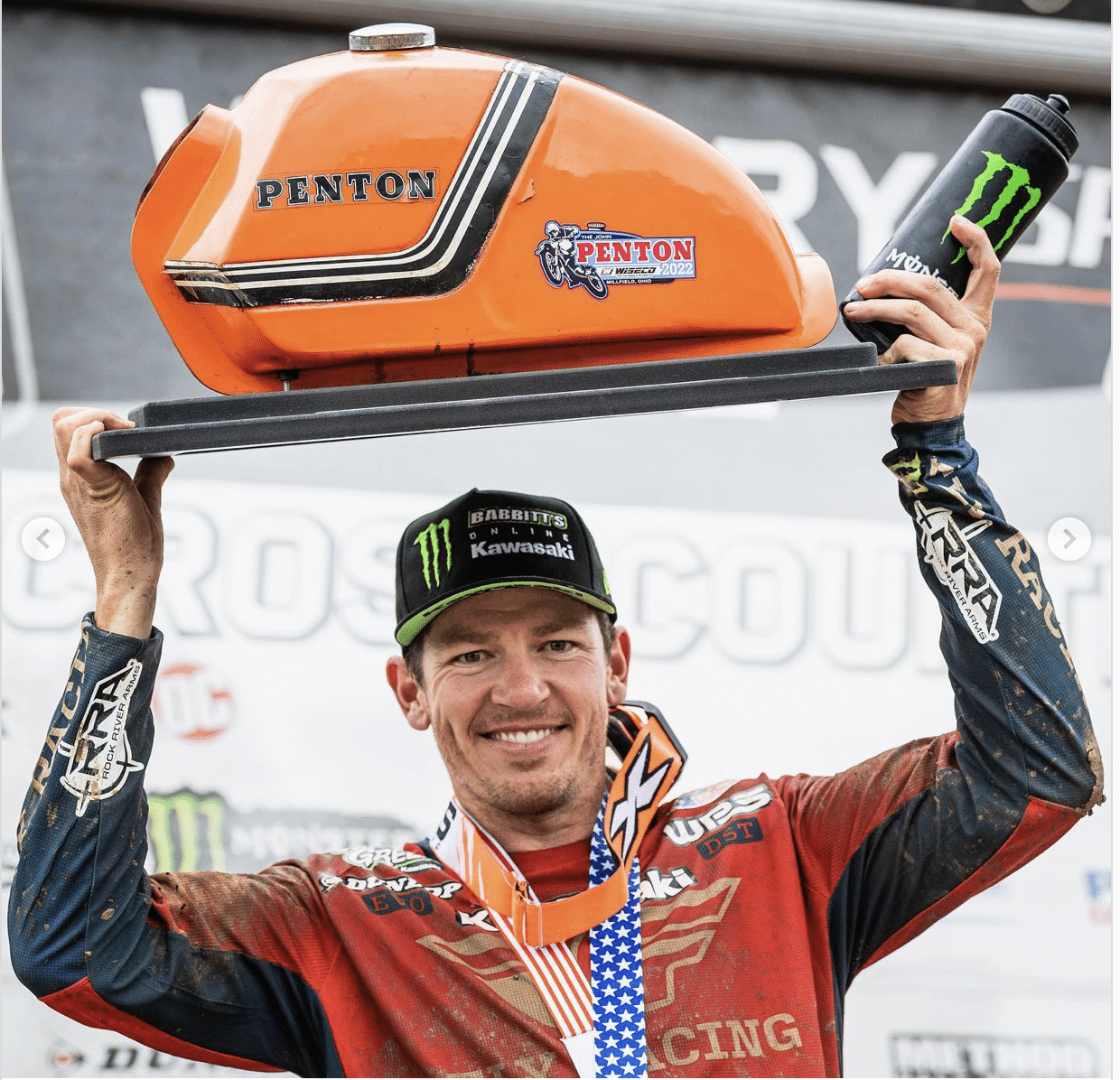 The Wiseco John Penton, round 7 of the 2022 Grand National Cross Country (GNCC) Series presented by Specialized, an AMA National Championship, concluded on Sunday May 22, 2022. From a warm humid morning to a slick rain-soaked Sunday afternoon, the Wiseco John Penton GNCC provided all the different elements on race weekend.

As the XC1 Open Pro Class headed into the Ohio woods it was Babbitt’s Online/Monster Energy/Kawasaki Team Green’s Josh Strang taking home the $250 All Balls Racing Holeshot Award. From there on out Strang would lead the field and ultimately cross the line first for his second Penton GNCC win.

After a tough start to the 2022 season Coastal GASGAS Factory Racing’s Ricky Russell was pushing hard to rebound and make his mark at the John Penton GNCC. Russell was steadily battling in the top three all event and ultimately securing second overall, his best finish thus far. Magna1 Motorsports/Husqvarna’s Jordan Ashburn is no stranger to putting his bike on the box. After securing a solid starting position and holding on to a top three spot during a majority of Sunday’s race, Ashburn was able to lock in a third-place overall finish at the Penton GNCC. Ashburn holds a strong second position in the overall standings.

Earning a solid fourth position on the day was FMF/KTM Factory Racing’s Joshua Toth who was putting on a fight to secure a podium spot. After coming off a third-place finish last round, Toth was looking to get out front early but after a slow start he found himself mid pack. Toth was finally able to find his flow mid-race and charged back to a fourth-place finish overall. Coming back after missing the Hoosier GNCC, Rev Motorsports/GASGAS Racing’s Grant Baylor ended the day with a fifth-place overall finish after multiple laps finding himself in a podium position.

In the XC2 250 Pro class it was Phoenix Racing’s Cody Barnes earning his first overall win of the season. Barnes put in a solid effort to take the XC2 lead and found himself picking off the XC1 class and finishing a sixth overall on the day.

Coastal GASGAS Factory Racing’s Ryder Lafferty put in a hard charge for the top spot but ended the day with a second-place XC2 class finish at the Penton GNCC. Tely Energy Racing/KTM’s Liam Draper found himself with another third-place ride for the season in Ohio.

At the end of Sunday’s AM race it was Rockstar Husqvarna/Surge Off-Road Coaching Team’s Tayla Jones taking the top spot on the box. After battling from a mid-pack start Jones was able to find herself in a third-place spot after lap one and continued to climb her way through the field. Jones would secure her third win of the 2022 season. Starting off the race strong was Fly Racing/FMF Racing/KTM Racing’s Brandy Richards grabbing the $100 Trail Jesters WXC Holeshot award, however she would tip over in turn three making her race a charge from the back of the pack for a second-place overall finish. AmPro Yamaha’s Rachael Archer was out front through two laps but ultimately could not hang on to the lead and secured a third-place overall finish. Trail Jesters KTM’s Korie Steede and Enduro Engineering/MEPMX/Fly Racing/KTM’s Mackenzie Tricker would finish the day fourth and fifth respectively. 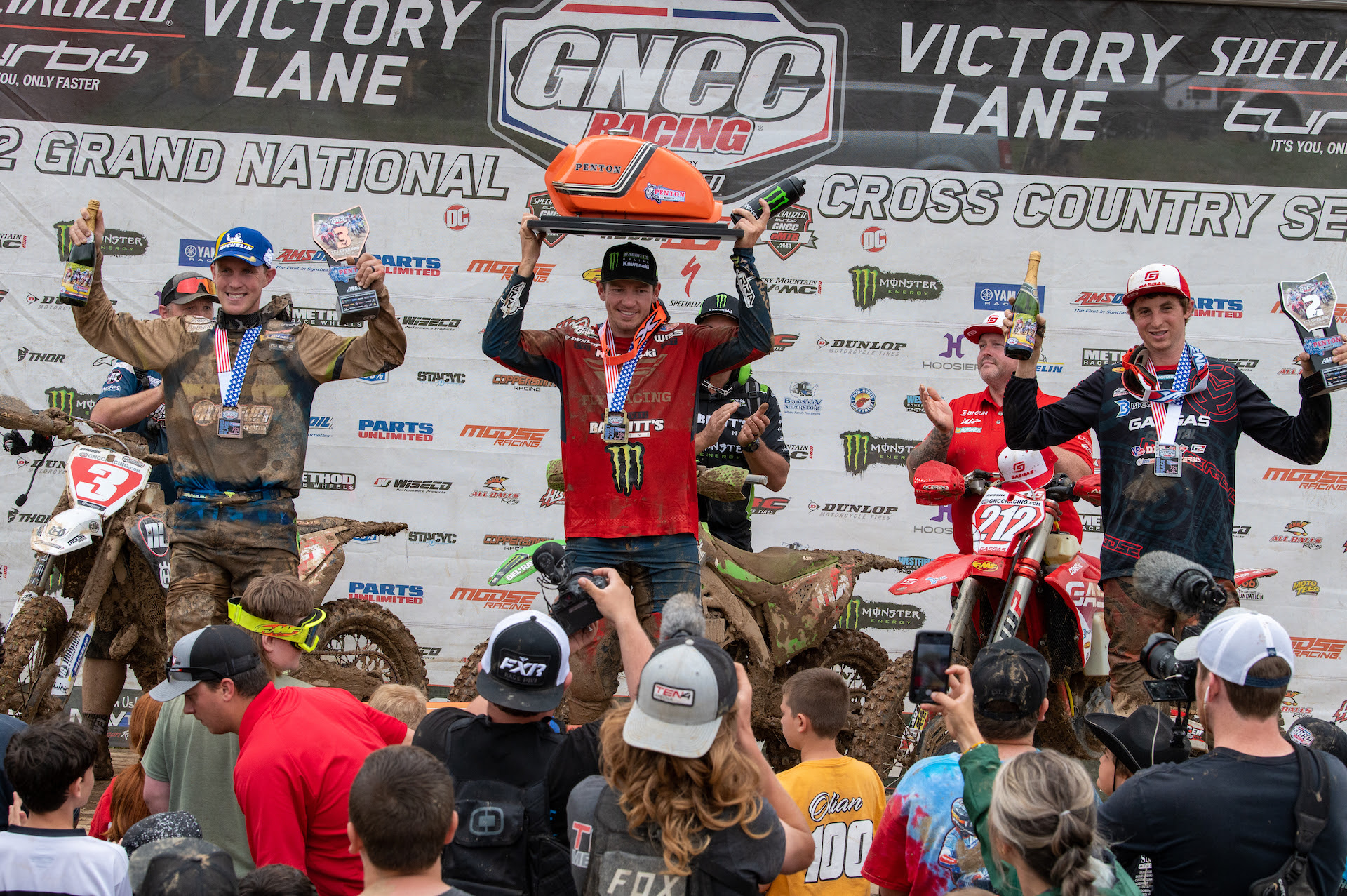 The Wiseco John Penton Results and Points Standings
Millfield, Ohio
Round 7 of 13
Sunday, May 22, 2022