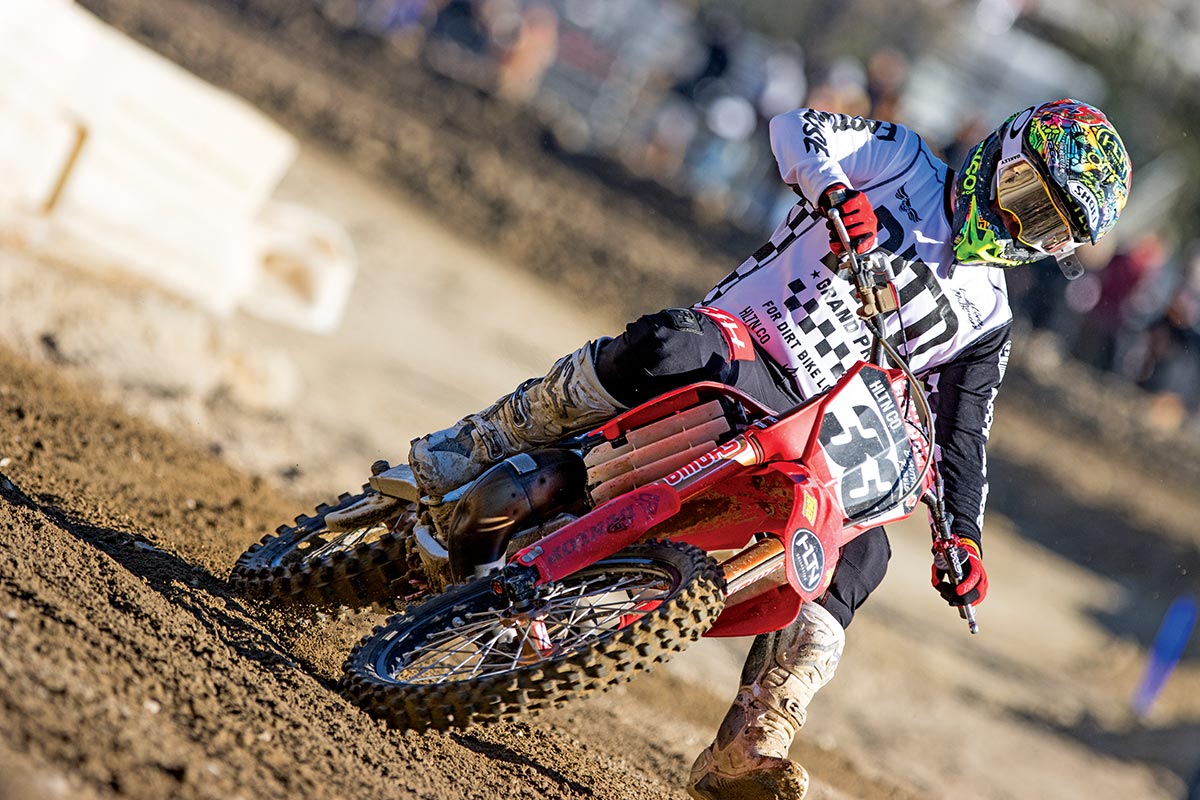 If they are lucky, there comes a time in every factory racer’s life when the focus shifts from being all about them to being all about the next generation of riders. For Josh Grant, his full-time racing career is over, so for the Grant family, this means his sons Wyatt and Easton are now the center of attention. When Josh wanted to build a bike and race the Glen Helen Two-Stroke World Championship, it wasn’t all about finding financial backing; it was about getting permission from the boys and his wife Ashley first.

BUILDING A TIME MACHINE
Lucky for us, the Grant family gave Josh the go-ahead. Grant spent most of his amateur and professional racing career aboard Hondas, so it’s no surprise he chose a CR250R for this project. This project was all about returning to a simpler time when two-strokes ruled racing, so that meant keeping classic style lines while adding some race inspiration, and using some companies that played a big part in developing his racing career. The project started off quickly. Grant found a decent machine online, picked it up, and within a couple of hours it was completely dismantled in the Grant family garage. 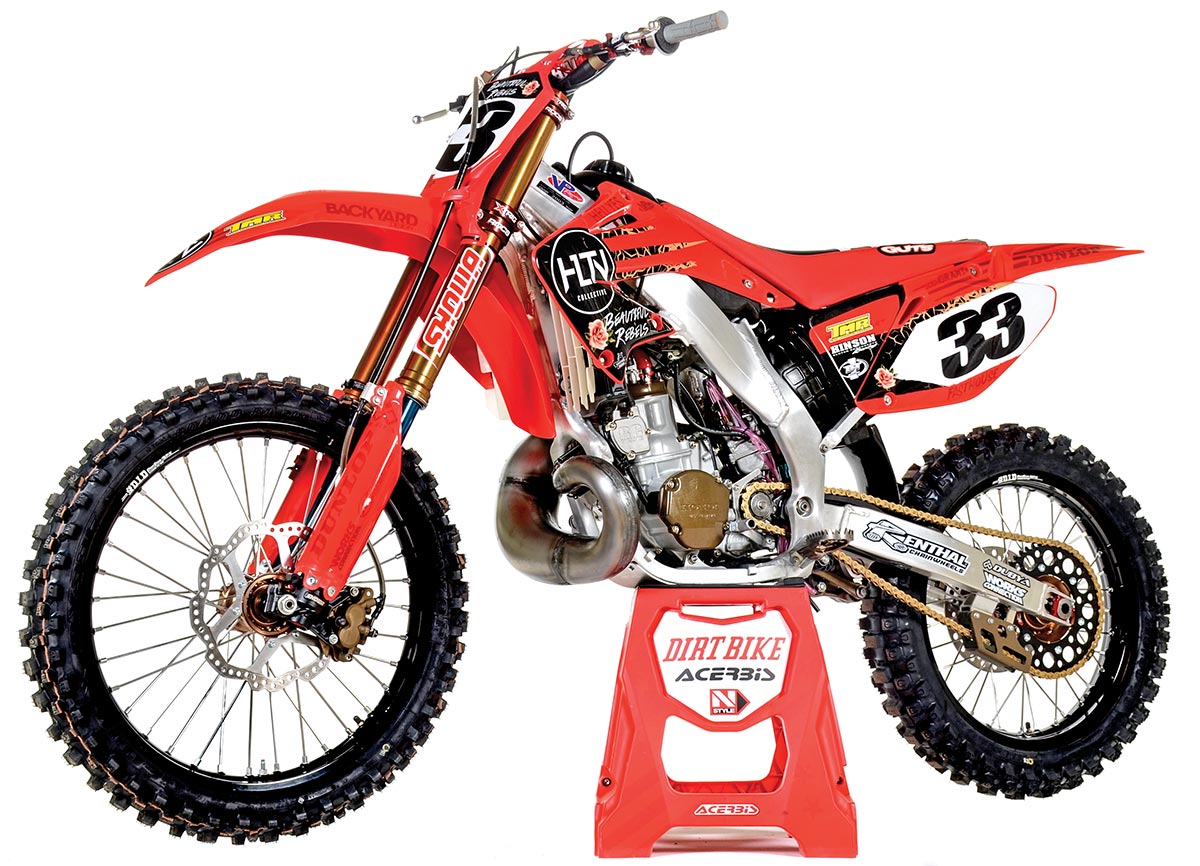 “I can take it apart, but I am not the best at putting it all back together. I leave that to the professionals!”, commented Josh. For this project, Cody Leighton was the mechanic who handled the reassembly. With the bike torn apart in a million pieces, Leighton got to work. The first order of business was to figure out what kind of powerplant would power the Honda. One thing was certain—no matter what configuration Grant chose, the man building it would be Tom Morgan. Morgan built most of Grant’s fire-breathing motors when he was part of the powerhouse Amsoil Honda team as an amateur.

After a quick conversation over the phone, the plan was set, and the engine was on its way to Morgan the next day. A month later, the engine and carburetor returned to California with slightly more displacement, an all-new look and ready for action. Other than the modification performed internally by Morgan, the only other engine performance items included were a V-Force reed system and a complete Pro Circuit exhaust from longtime supporter Mitch Payton.

Suspension on a two-stroke build is crucial, and the larger the displacement, the more important proper-working suspension is. Grant has made lots of friends within the motocross community throughout his racing career that has continued long after his last professional race. One of those relationships is with the crew at Showa Suspension USA.

The OEM components were upgraded with units that are almost unobtainable by most people on earth, no matter how big their bank accounts might happen to be. An A-kit fork setup off a newer Honda four-stroke featured loads of trick coatings that would make any factory rider jealous and was used up front just about everywhere. These did not bolt right up to the OEM CR250R clamps, however; a complete Xtrig setup was configured to solve this issue.

In the rear, more trick Showa components in the form of a factory shock were added. As you can imagine, all the internal modifications were done in-house by Showa technicians, specifically for Grant. Keeping to the original plan, the OEM chassis was cleaned up by Leighton without any major modifications and utilizing primary OEM-styled plastic from Acerbis Backyard Designs custom graphics. Other bolt-on items featured on the build included a set of wheels from Dubya USA, Works Connection adjustable clutch perch, Renthal bars, grips and chain wheel.

TIME WARP ENGAGED
Everything was completed just in time for one very short day of testing, and then the entire Grant family headed out to Glen Helen for the 2020 Two-Stroke World Championship. We would like to tell you that Josh swept both motos, walking away with a suitcase of prize money, but that didn’t happen. He did run up front most of the day, with Wyatt, Easton and Ashley cheering him on trackside, but in the end, Josh finished just off the podium in fourth overall. We think that is pretty respectable for only having one day of testing, whereas the memories created with his family will last a lifetime.