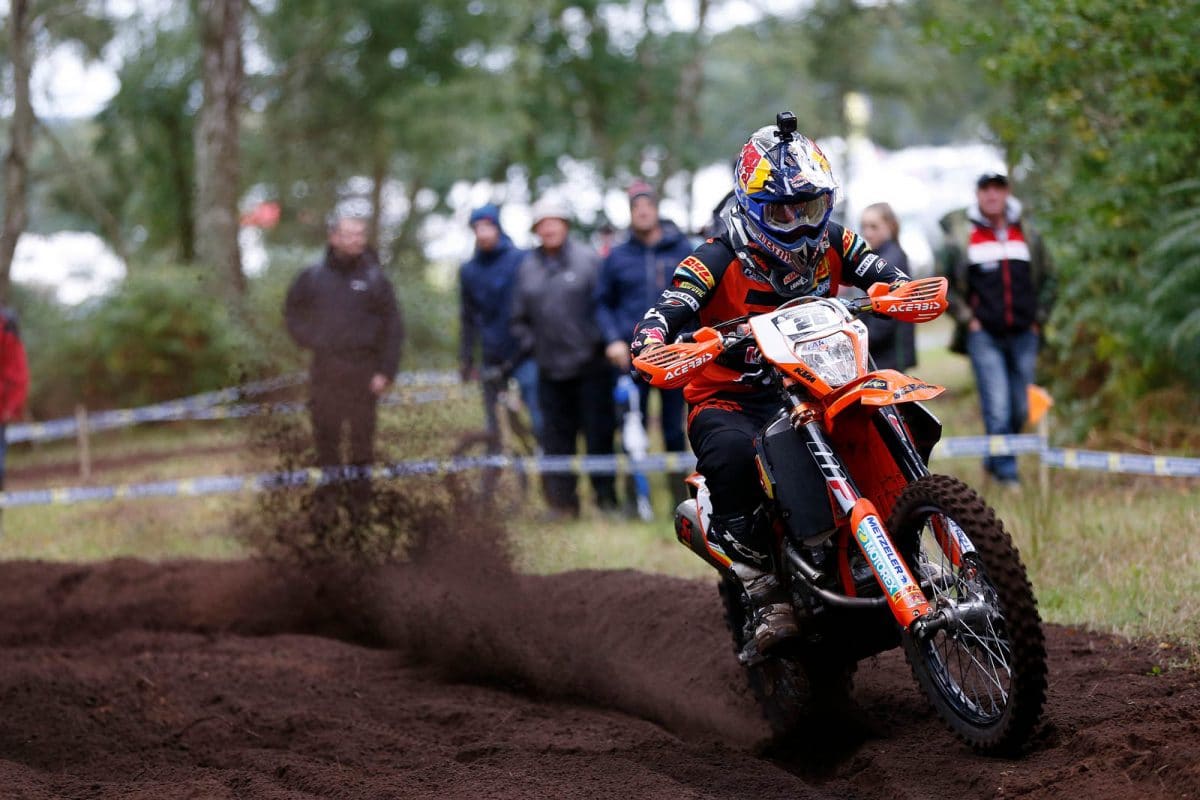 Eager to show his speed, Garcia wasted no time in getting down to business. Immediately setting the bar high on the Enduro test, he blasted his way to an early 12-second lead over Bolt at the end of the opening test. Continuing his impressive pace, he controlled a lead of almost 29 seconds at the end of the third and final Enduro test over an improving Watson.

Moving on to the Motocross test and Garcia set the fastest time on the opening run. Watson answered back to top test two but with Garcia turning up the heat for the final run he pulled away to end his day as the clear winner.

After a disappointing opening test, Watson quickly found his feet and worked his way up the leaderboard for an eventual runner-up behind Garcia. Proving fast and comfortable on the technical Enduro test, Bolt held strong on the Motocross test to complete the top three. Despite pushing hard on the Motocross tests, Betriu was unable to gain enough ground back on Bolt and had to settle for fourth.