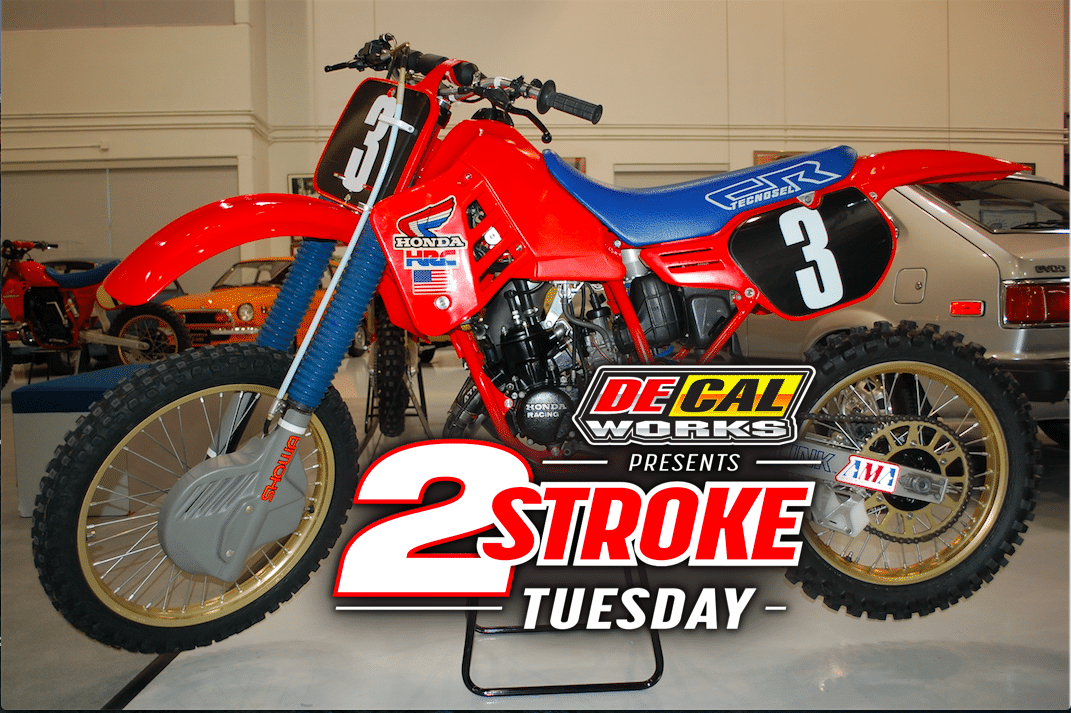 On this week’s Two-Stroke Tuesday we take a look back at an iconic MX machine that’s performance at the 1986 MXON with Johnny O’Mara at the controls are what modern day legends are made of. This 1986 MXON factory Honda CR125R is housed with countless other historic Honda’s at their museum in southern California . In our 2-Stroke Behind The Build section we feature an insane 2003 Honda CR125R project built by Motowhips. 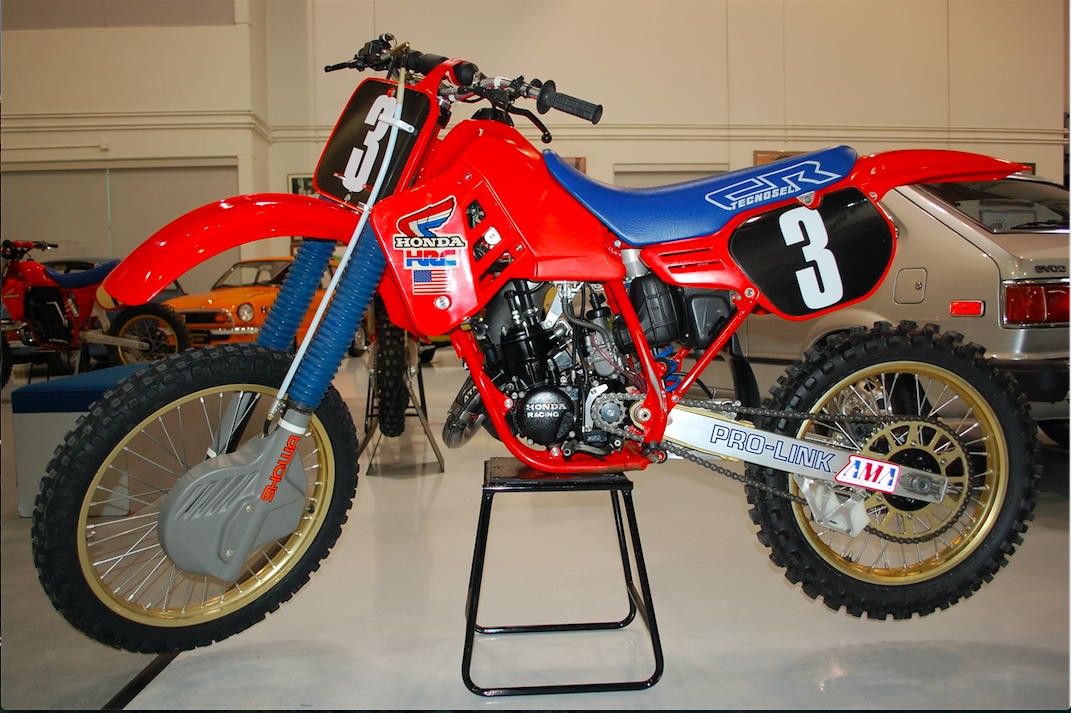 Johnny turned in legendary rides on this CR125 going up against the best riders in the world aboard 250 and 500cc machines and finished second to his teammates Rick Johnson and David Bailey in his two motos. The US team clinched the des Nations title in 1986 with one moto to spare. 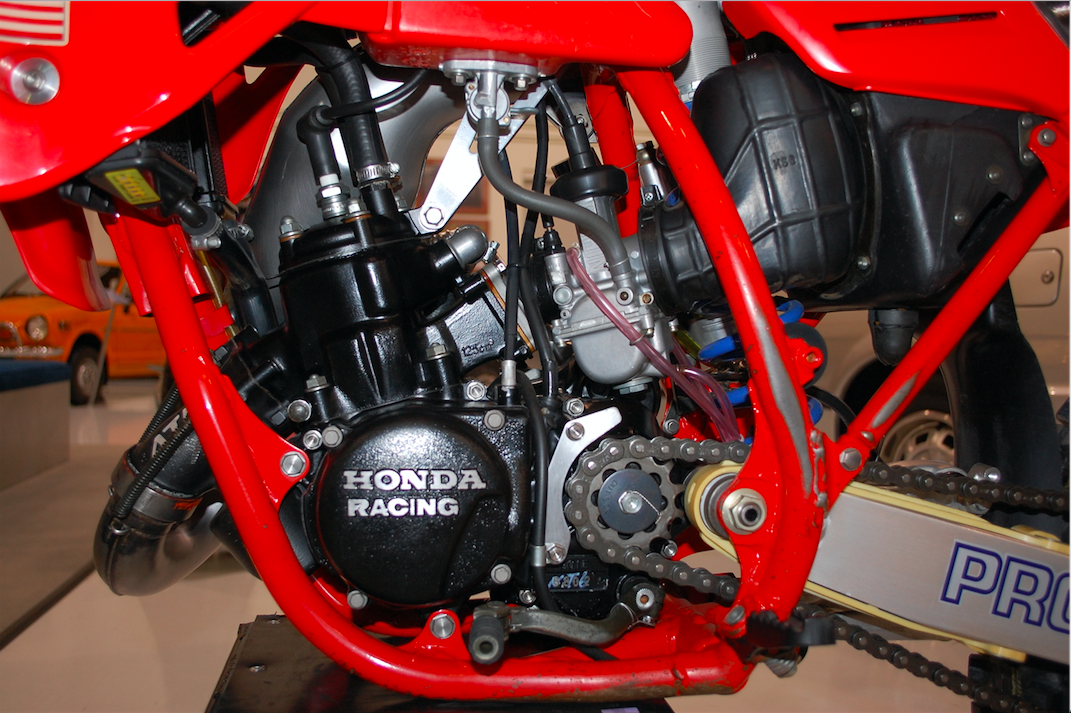 The little 125cc power plant that beat the world’s best looks so simple in design compared to the engines of today’s factory race machines. 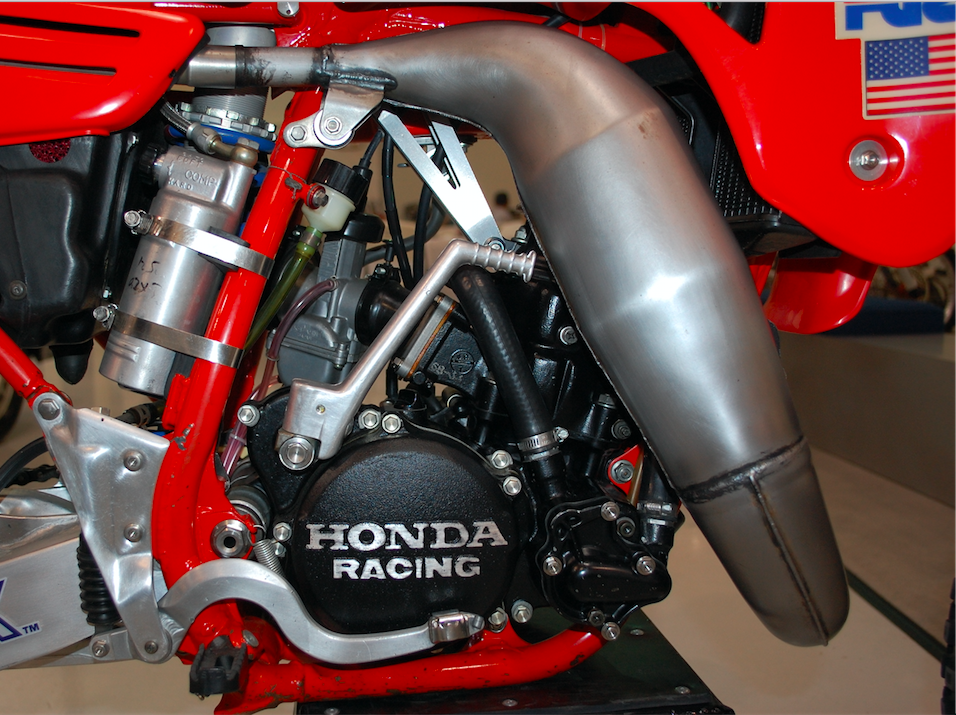 If you really look at this picture there are more than a few trick one-off parts to be seen. 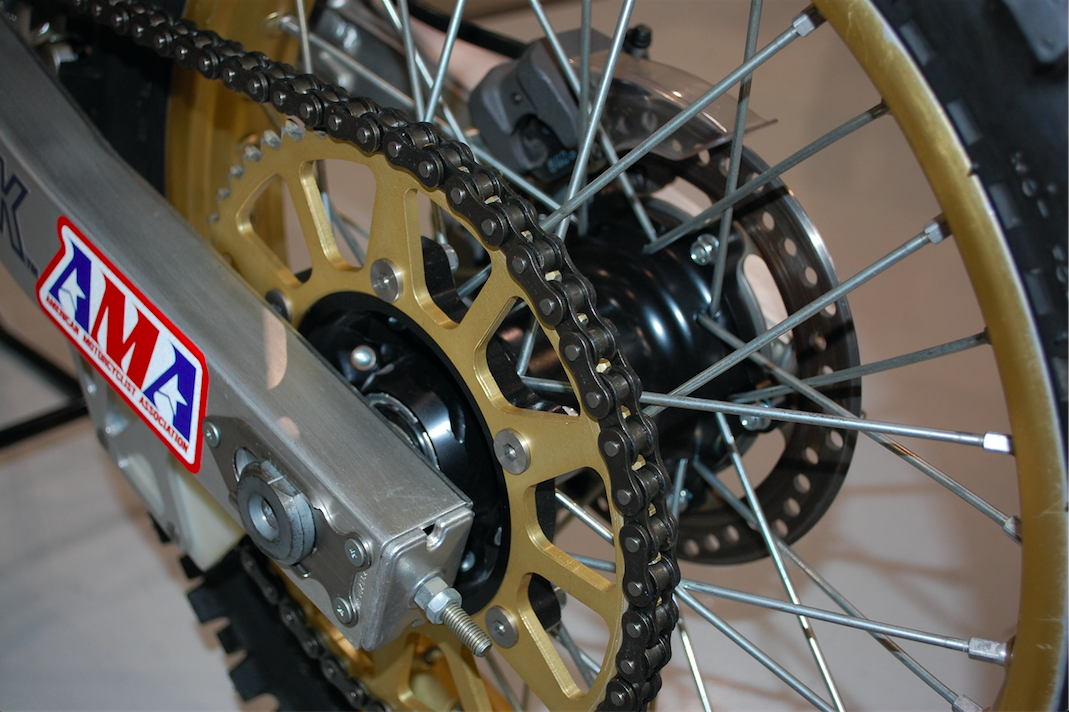 Check out the matching aluminum rear sprocket and rim. That was beyond cool in 1986 when there weren’t very many color options available. 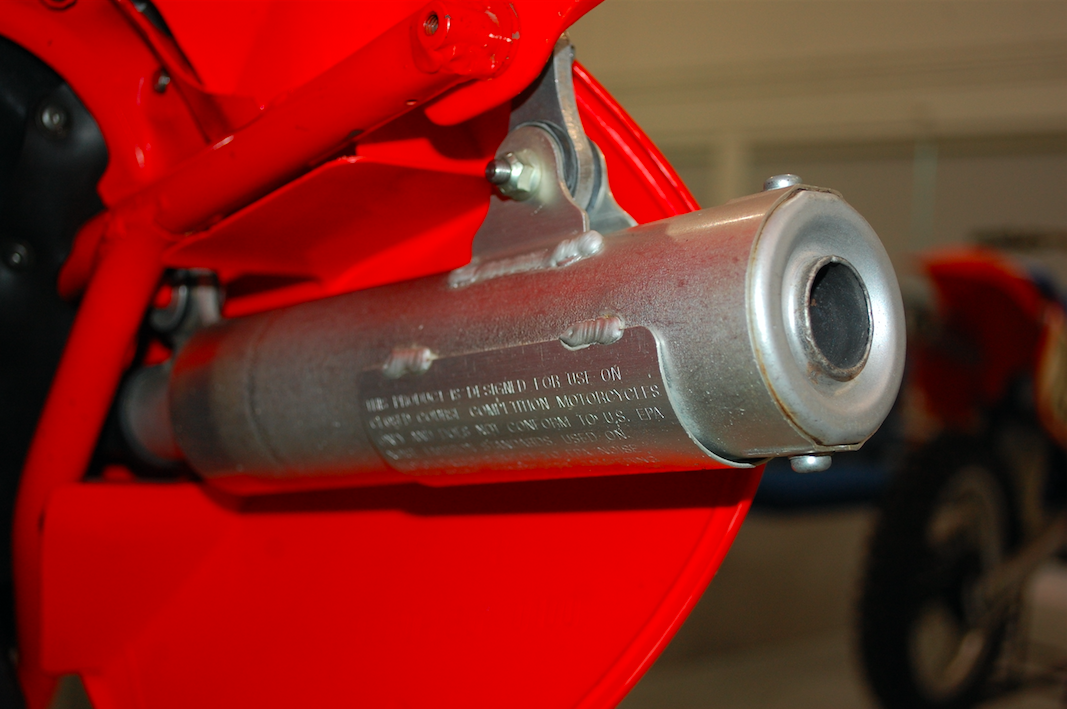 The early days of shorty silencers!

We sent Justin Myerson at Motowhips images of a 2003 Honda CR125R frame, swingarm, radiators and a set of cases. A few days later, we were at the Motowhips headquarters in Southern California dropping off multiple boxes of parts that contained what we hoped was a complete 2003 CR125R. This machine was torn apart in 2006 and hadn’t been put back together since. 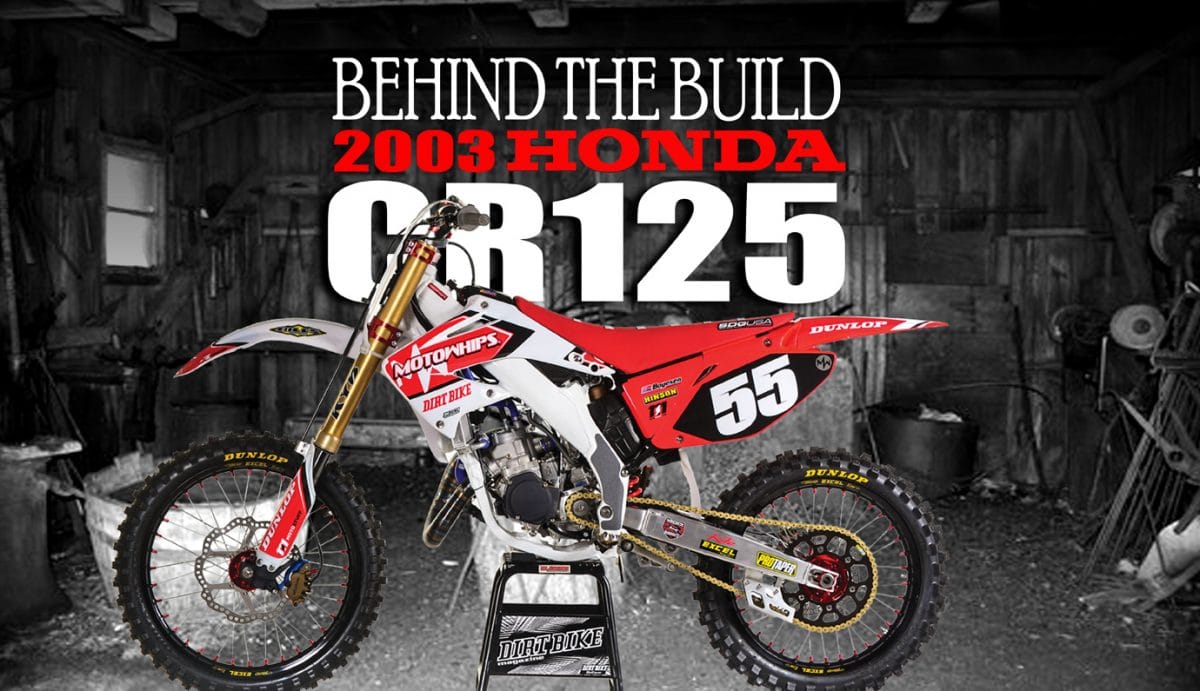