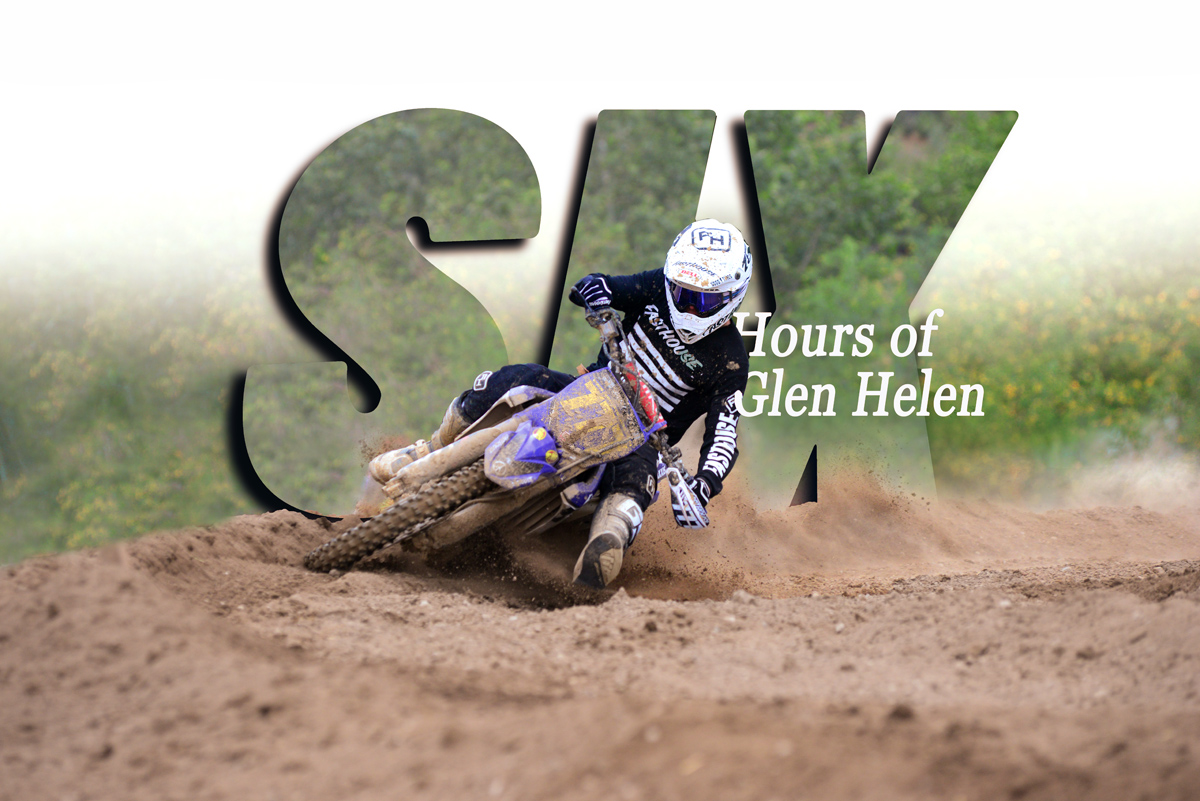 The John Burr Six Hours of Glen Helen had all the stars align for an epic race this weekend. Between a little piece of El Nino and a nine mile course that was over half single track, it was a great event that drew over 100 teams. The two riders who seem like they can’t go wrong in the Southern California off-road scene right now are Fasthouse’s Blayne Thompson and Trevor Stewart, and they were on the same team, which made for a predictable win. Trevor usually rides a 250 two-stroke, but he had six hours to adjust to Blayne’s 450 Yamaha, and he seemed to like it. The start of the race was a little rough, though. Thompson got an incredible holeshot and promptly made a wrong turn. If he had gone on his way alone, it would have been his bad luck, but the entire first wave followed him. Subsequent waves went in different directions, turning the whole race into chaos within minutes of the start. Officials red-flagged the race and lined up everyone for a second try, albeit an hour off schedule. This time the John Burr team of Jeff Loop, Ryan Reyna and Sean Lipanovich got into the early lead, and the race soon developed into a two-way battle. The Fast House team was in the lead by the second lap, but John Burr never fell more than a couple of minutes behind for the next six hours.

What really set this year’s running of the Six-Hour apart was the turnout in the Ironman class. A total of 38 men took to the course solo. That drove the pace much higher than usual, and put eventual winner Noah Kepple into fifth overall by the checkered flag.

The same scenario took place in the mini ranks.  This is an event that once had no mini participation at all, yet the Husky Supermini team led by Jakob Alvarez ended up in 11th overall. They were pushed throughout most of the race by the TM riders Robby Schott and Luis Macias. Jacob’s little brother Tristan Alvarez teamed up with Dustin Davis on a KX65 to become the first 65 to ever finish any Glen Helen Endurance race. For full results, go to www.glenhelen.com.