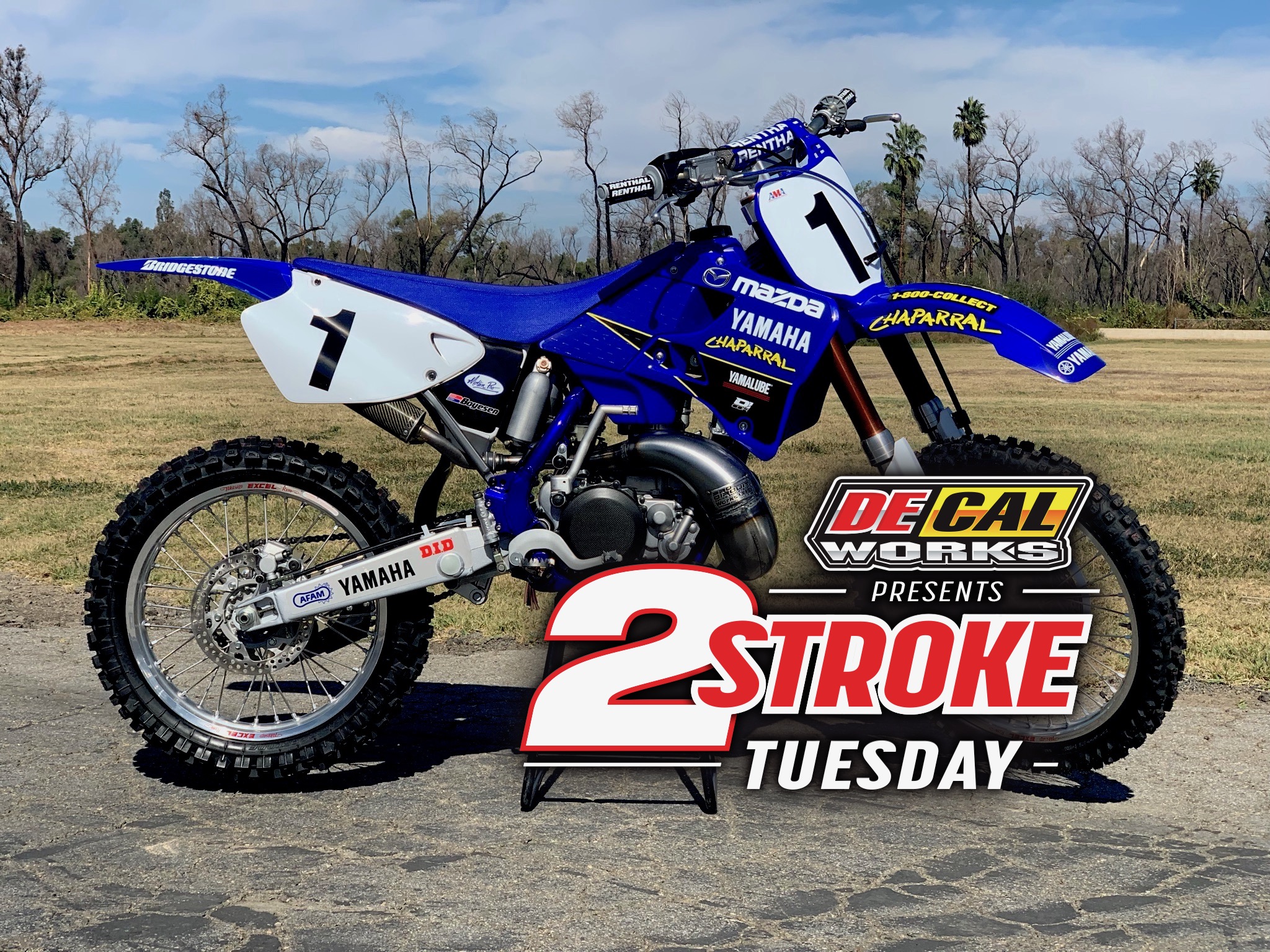 Its mind-blowing to us that Jeremy McGrath didn’t already have a Yamaha YZ250 championship bike in his possession from his day on the Mazda/Chaparral Yamaha team. On this week’s Two-Stroke Tuesday we take a close up look at a 2000 Yamaha YZ250 that Jeremy McGrath himself teamed up with Tim Sharp to build in remembrance of his early ‘2000s AMA championship winning machine. No, it’s not the actual race machine but it does produce that same nostalgic feel. We keep the Yamaha YZ250 theme going in our Behind The Build feature this week with an exclusive link you don’t want to miss. 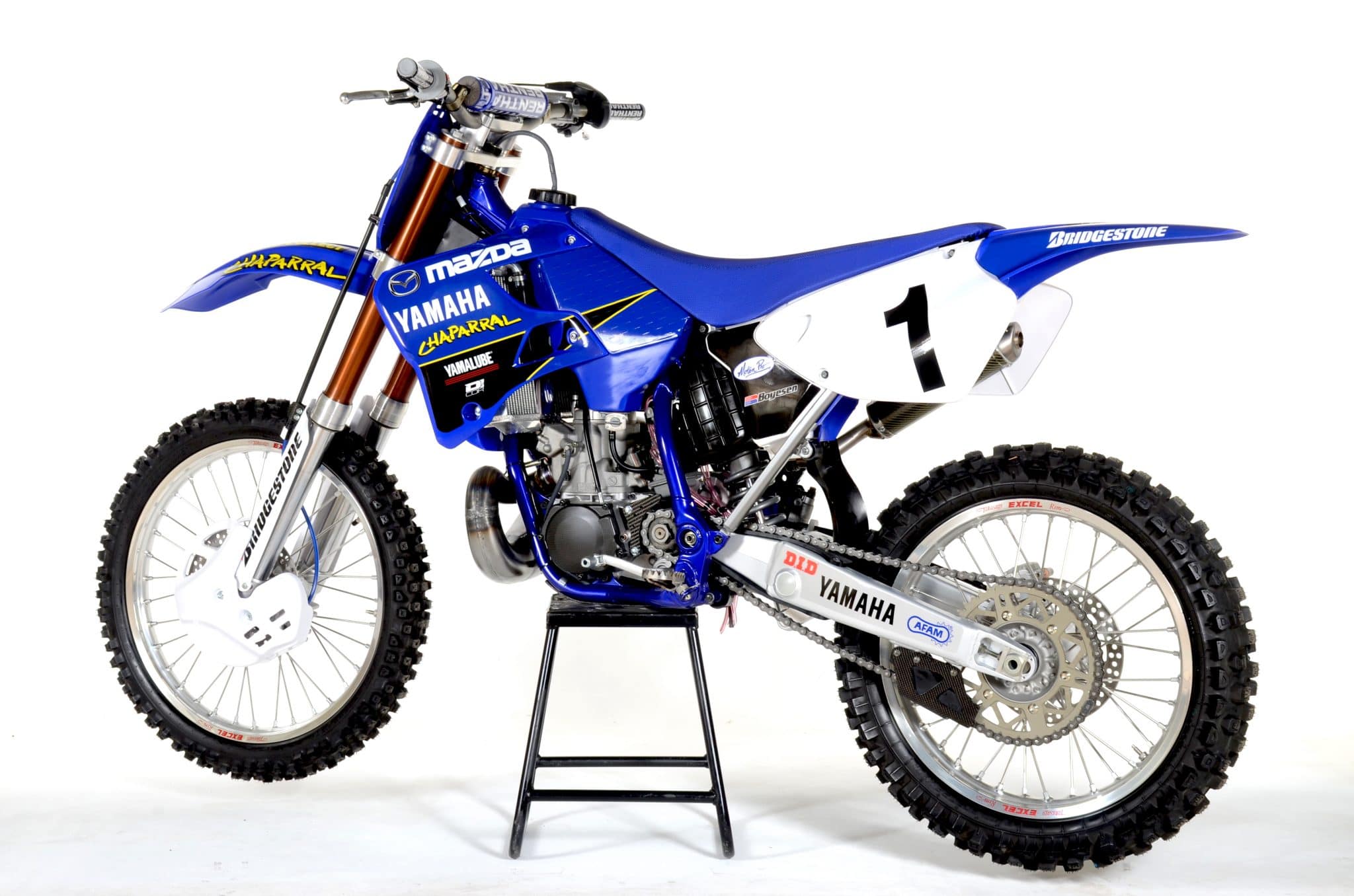 No, it’s not his actual race machine from 2000 but the Jeremy McGrath and Tim Sharp partnership came together to build a machine that reminds everyone of a simpler time in MX/SX history. 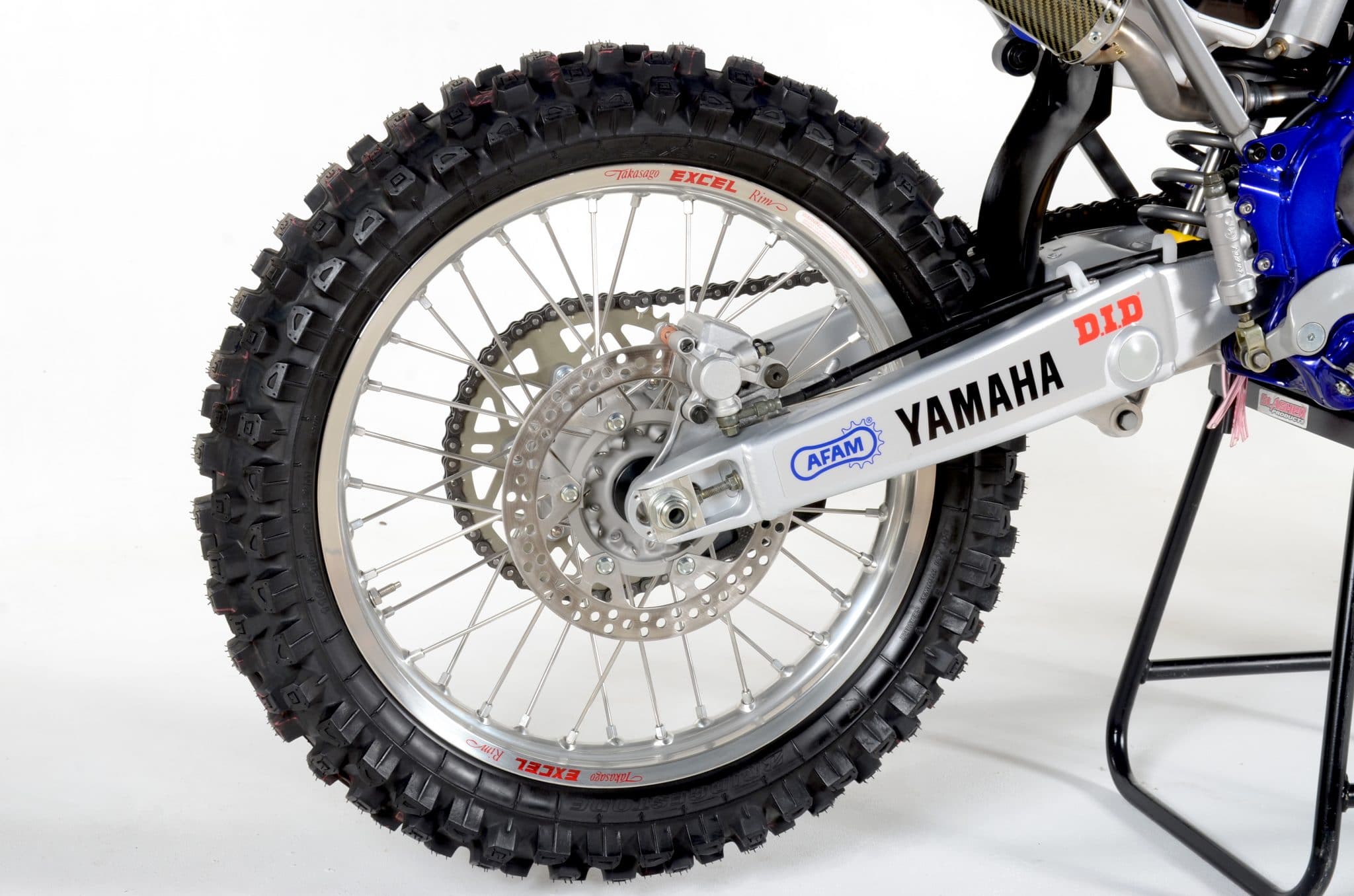 Thats not a new swingarm but it sure does look like it! The crew at Class Acts Autobody performed their magic bringing it back to better than showroom condition. Dubya USA restored the wheels and Editor Mark Tilley transformed the rear caliper and master cylinder with his Vapor Honing Technologies VH800 blast cabinet . 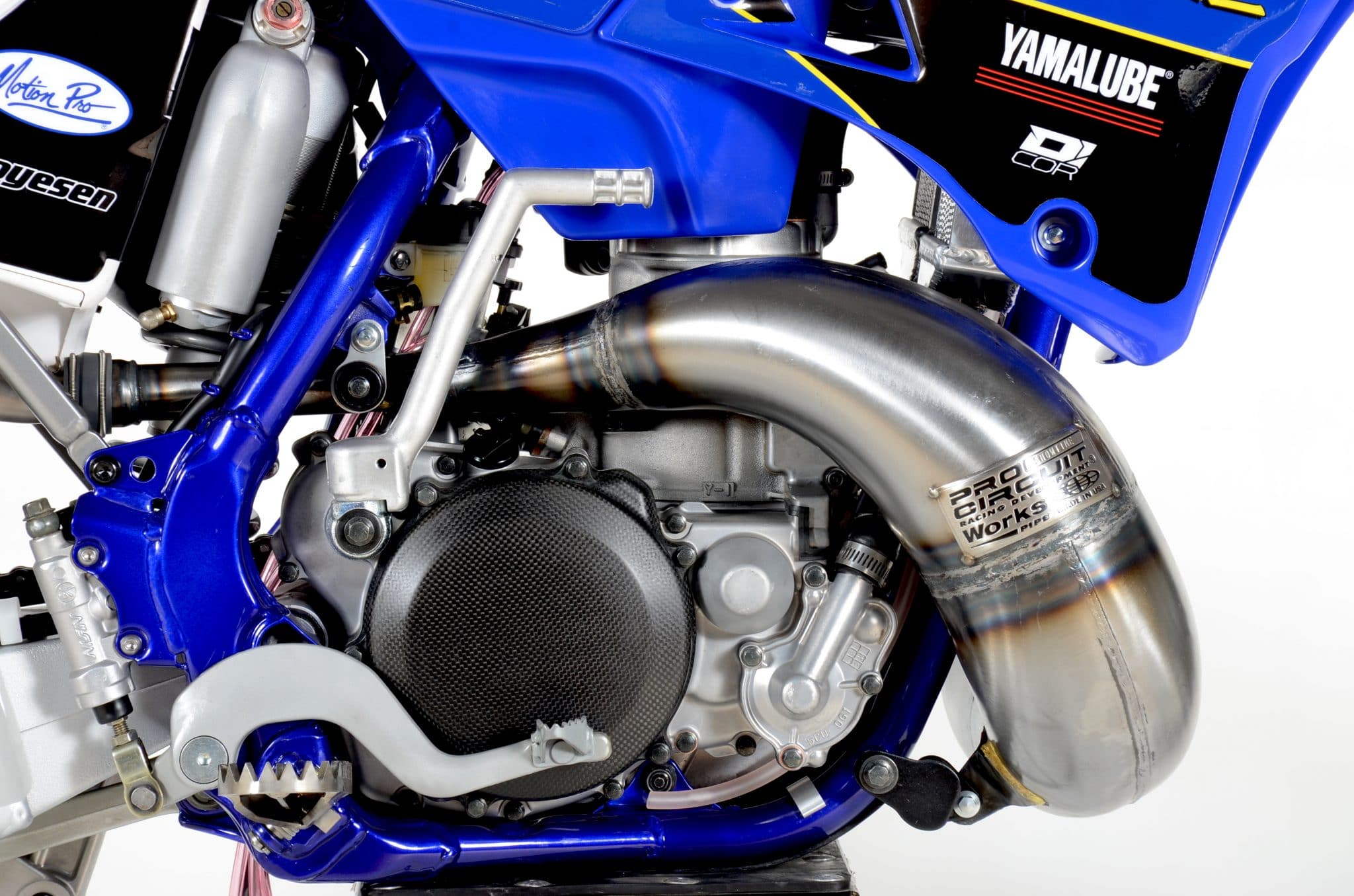 This thing is so clean you could probably eat off the cases. Add some carbon fiber bling and check out the part number on the pipe. Details for “The King” from Pro Circuits Mitch Payton. 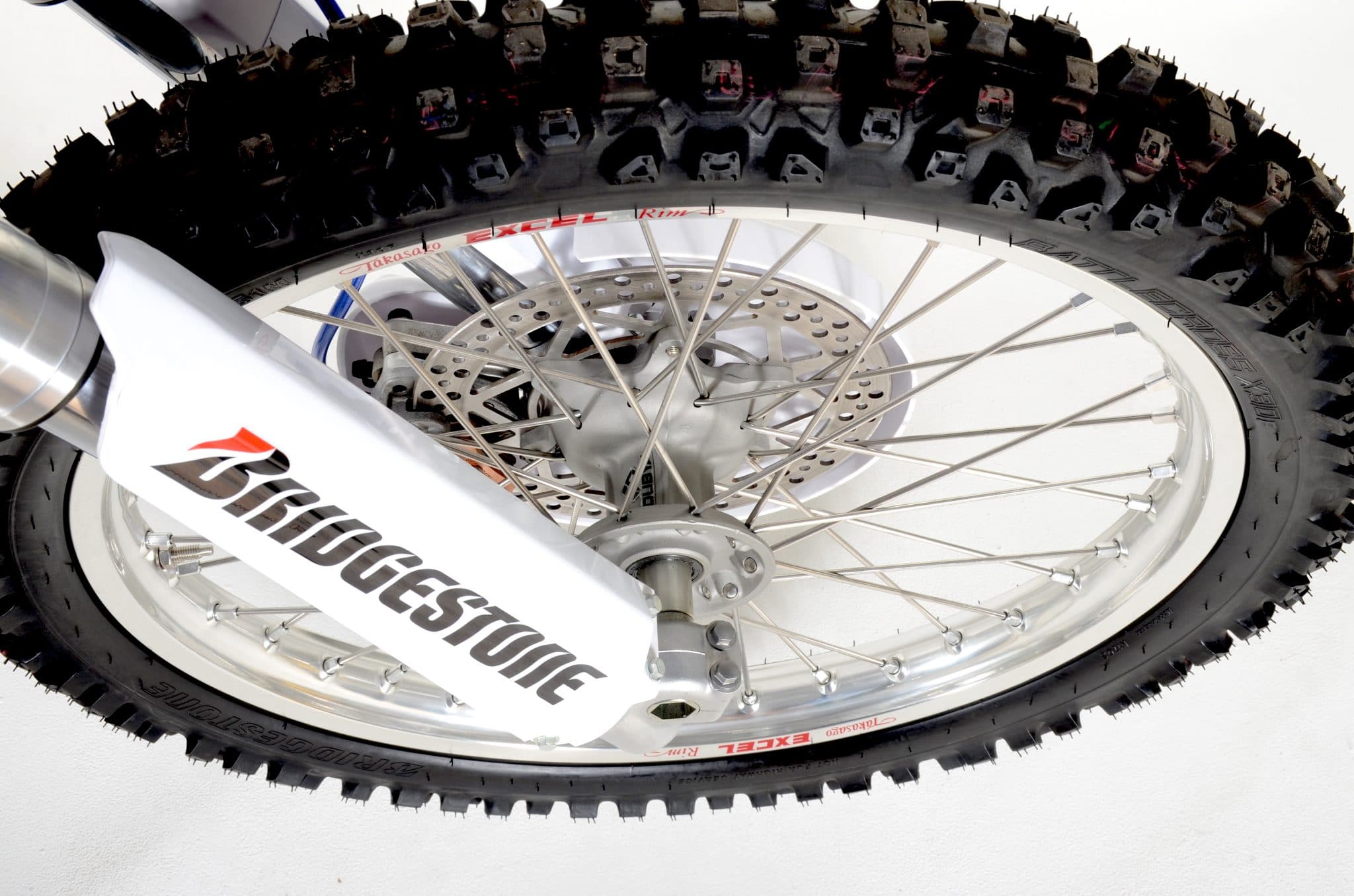 Dubya USA restored the OEM wheel set adding a titanium color tint to the hubs making it similar to what McGrath ran in 2000. Dubya offers these type of services to the general public just contact them for details. 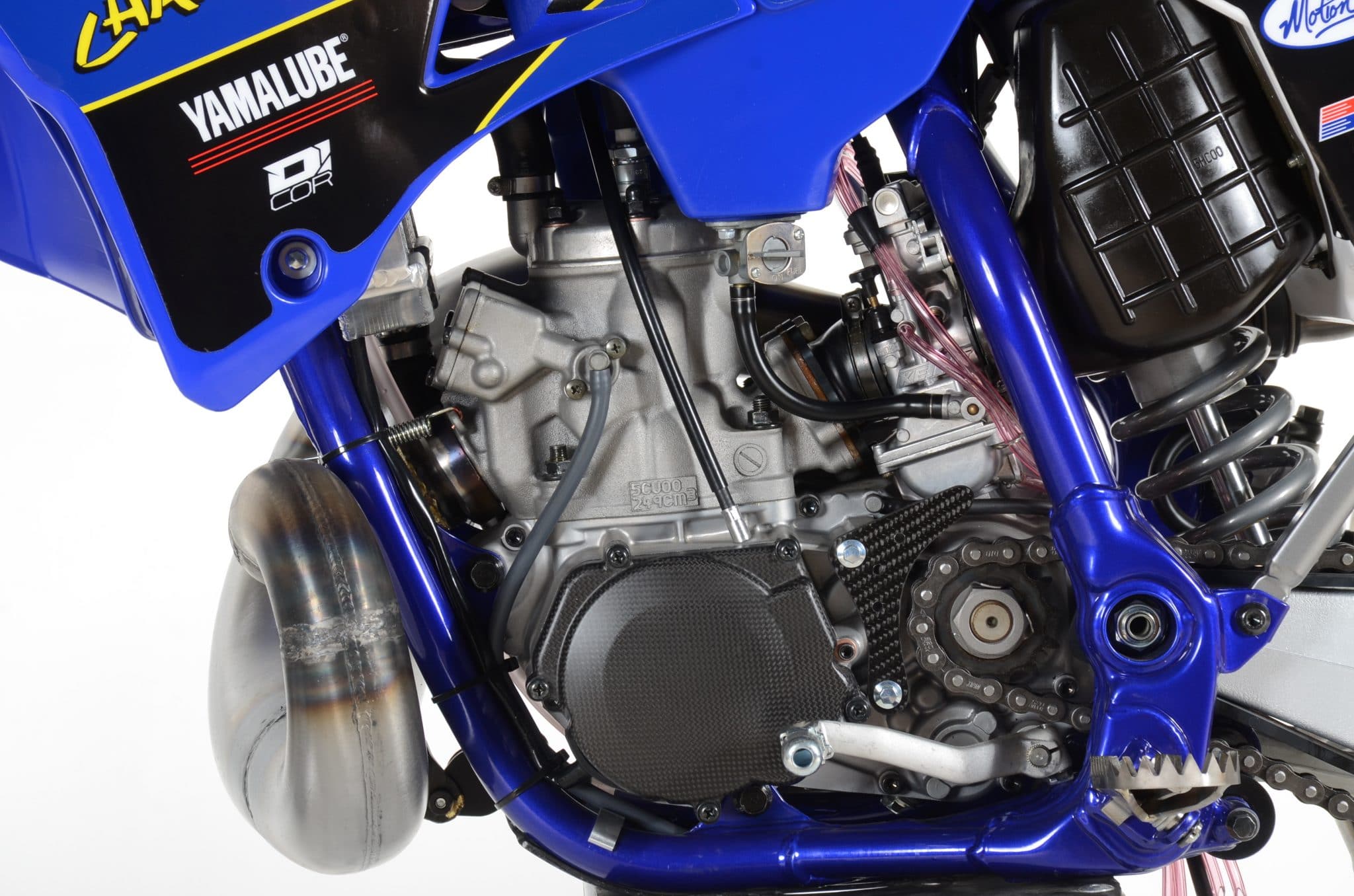 The engine was done by Mitch Payton himself at Pro Circuit, the specifications are not completely clear because Mitch was very tight lipped about it but it looks factory to us. 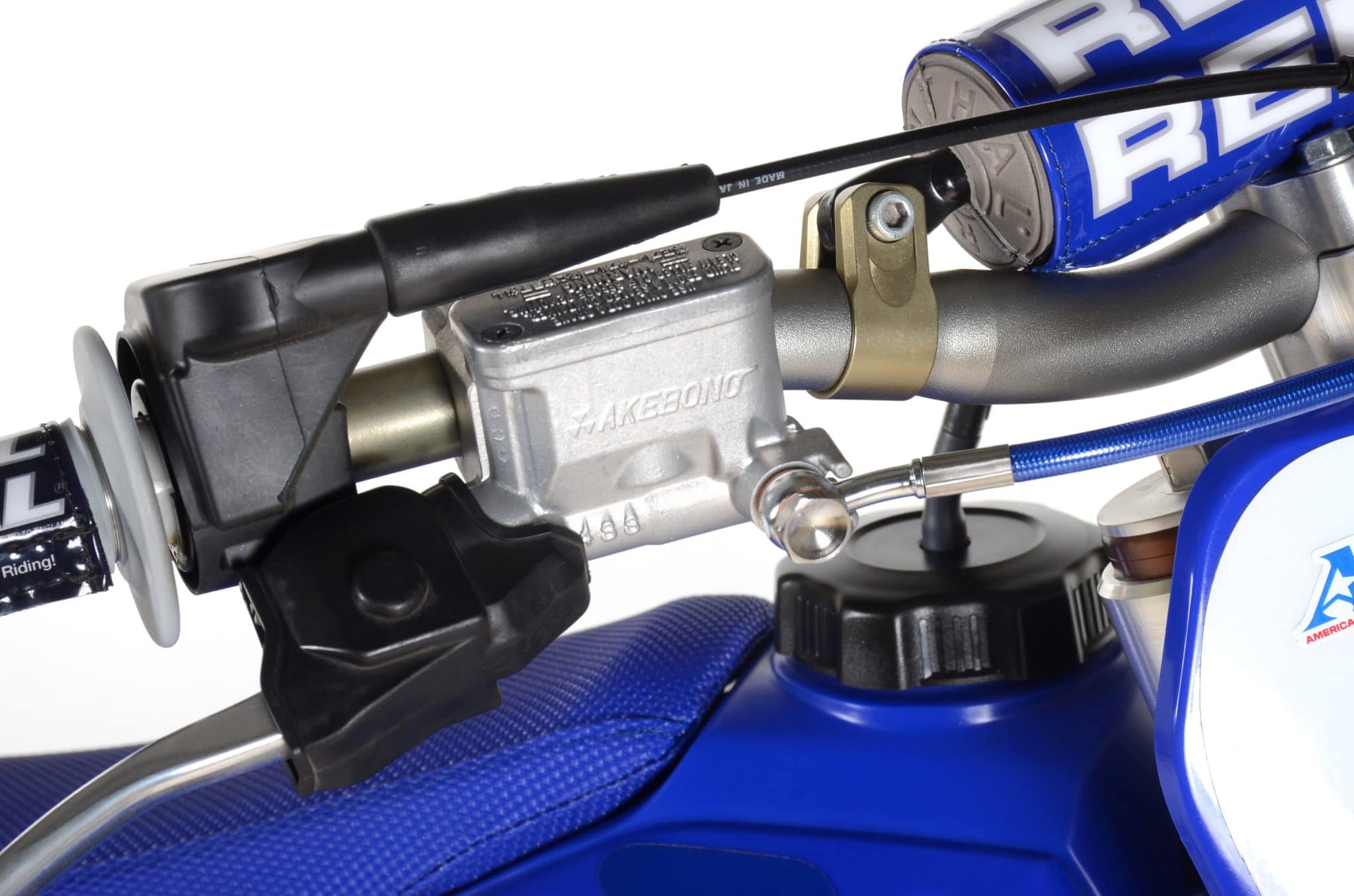 Our Managing Editor Mark Tilley got his hands dirty on this build as well using his Vapor Honing Technologies VH800 vapor blasting machine to clean up parts like this brake master cylinder. 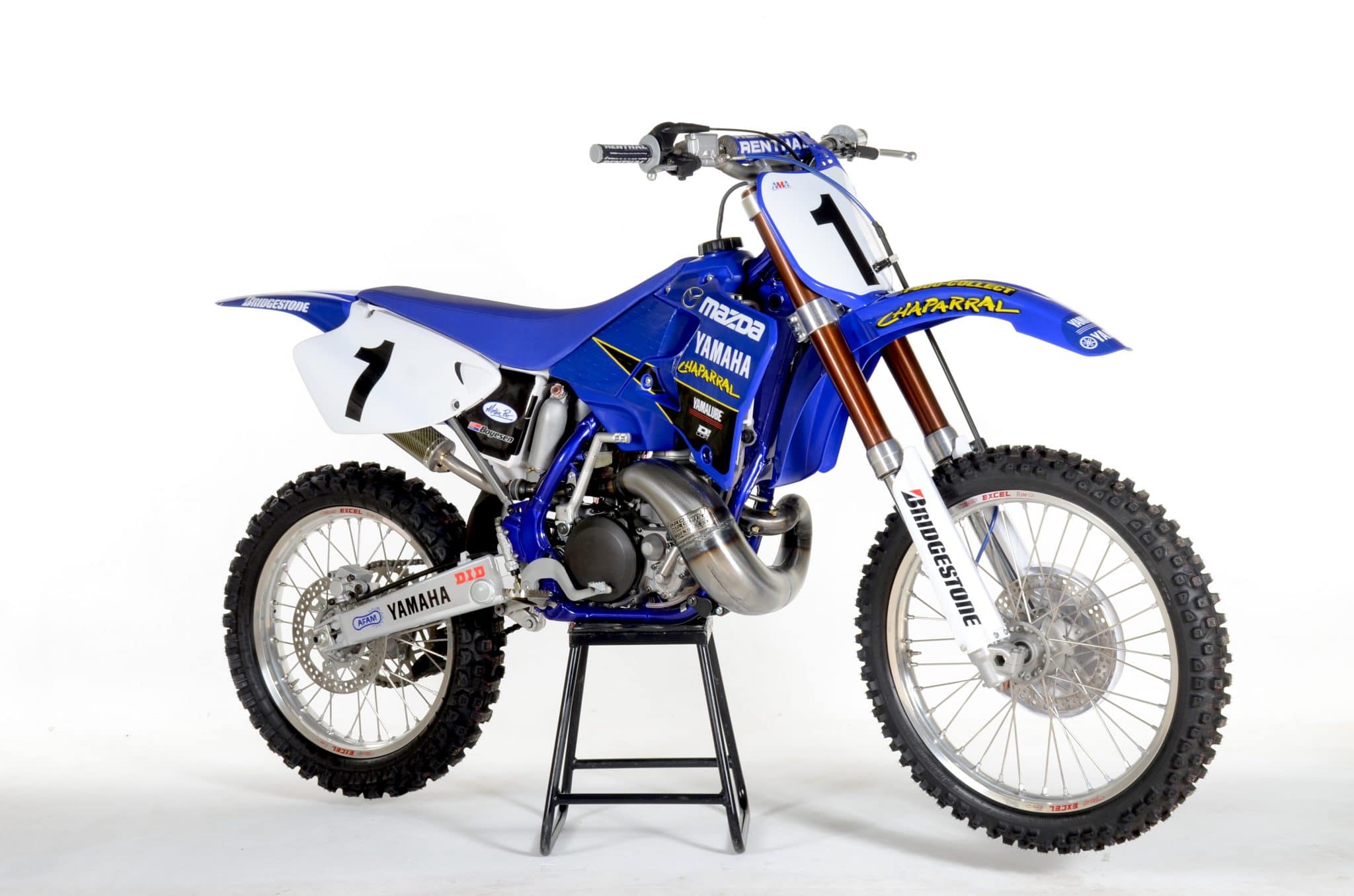 Tim Sharp did an amazing job resurrecting this 2000 Yamaha YZ250 from a pile of parts in Jeremy’s garage to what sits before you now. There will be more on this bike in an upcoming issue of Dirt Bike Magazine. 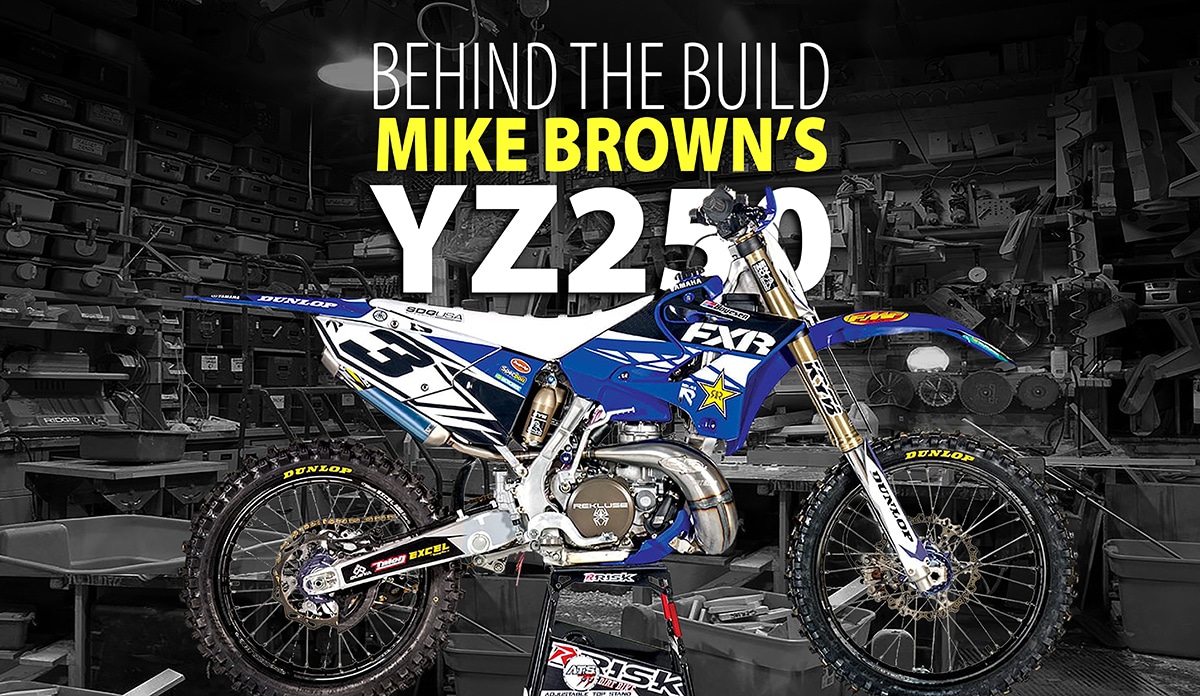