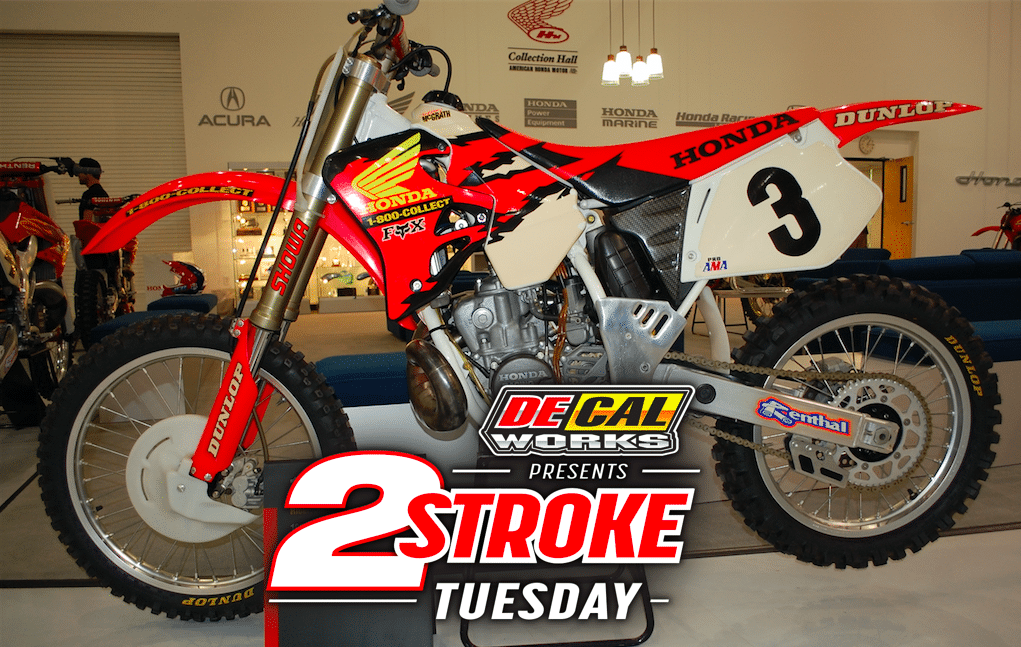 In this weeks 2-Stroke Tuesday brought to you by Decal Works we are taking a look back at a machine that change the MX world forever. Jeremy “Showtime” McGrath’s 1995 factory Honda CR250R definitely stands up to the test of time. This bike is probably one of the most copied CR styling wise of all time. In our 2-Stroke History section we chronicle what could be the greatest bike Honda has ever made and don’t miss Ron Lawson’s 1995 CR250 off-road project bike at the bottom of this post. 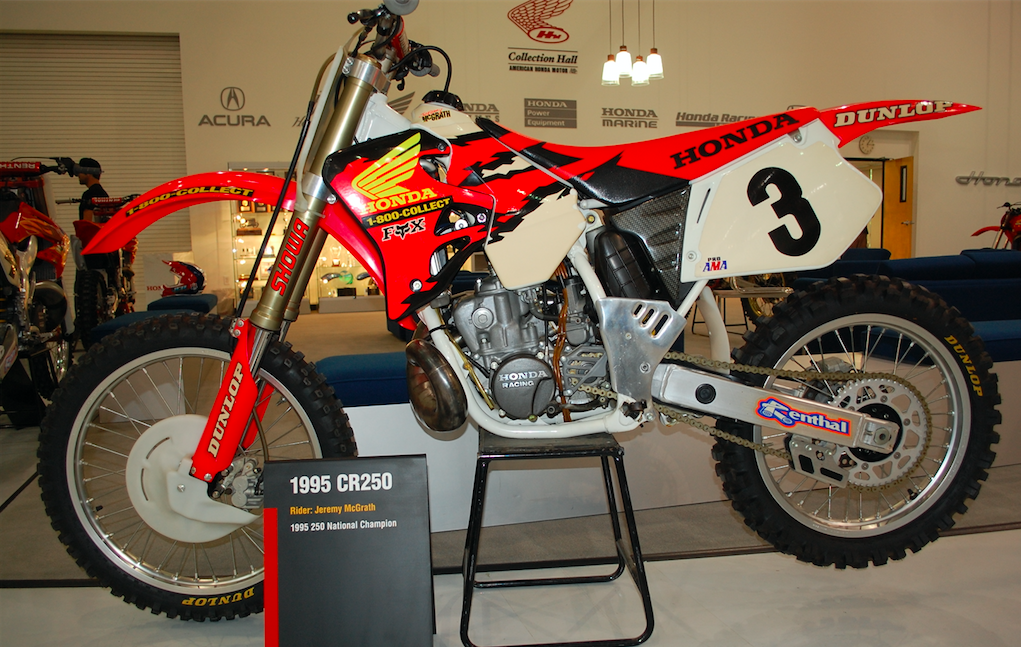 Even over twenty years after Jeremy raced this machine it still looks cool. The color scheme, graphic design and overall look of the machine is a clear stepping stone to where we are today. 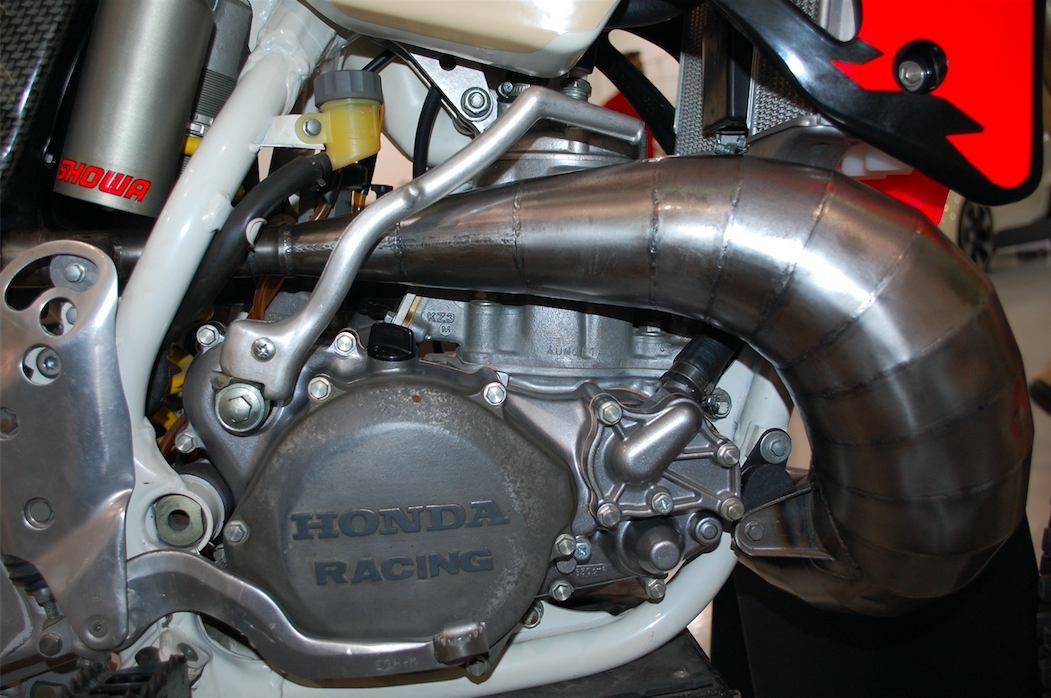 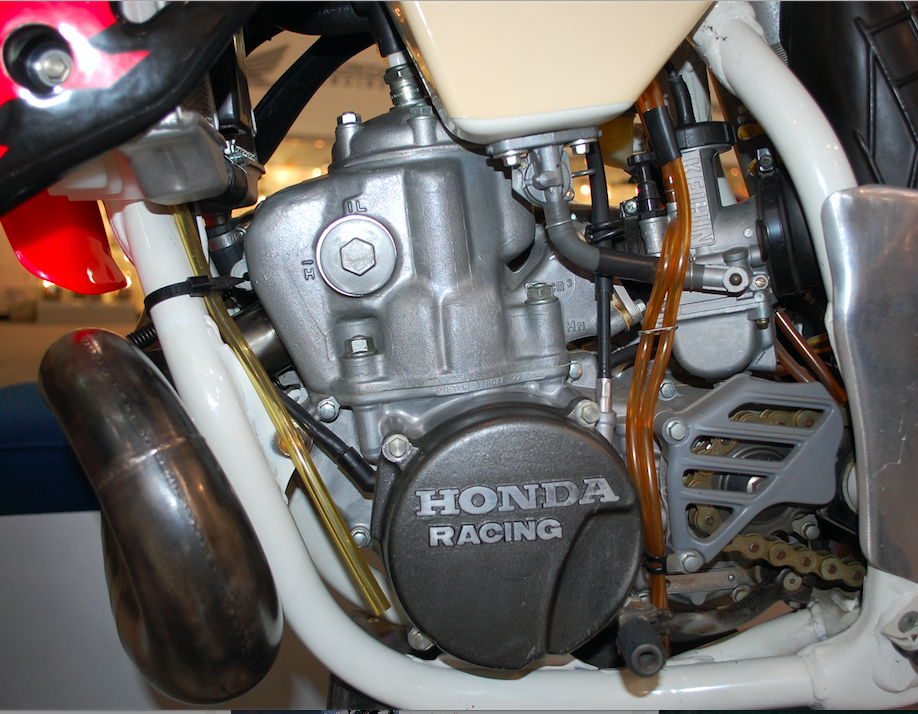 A very simple looking set that “Showtime” won a lot of races with. 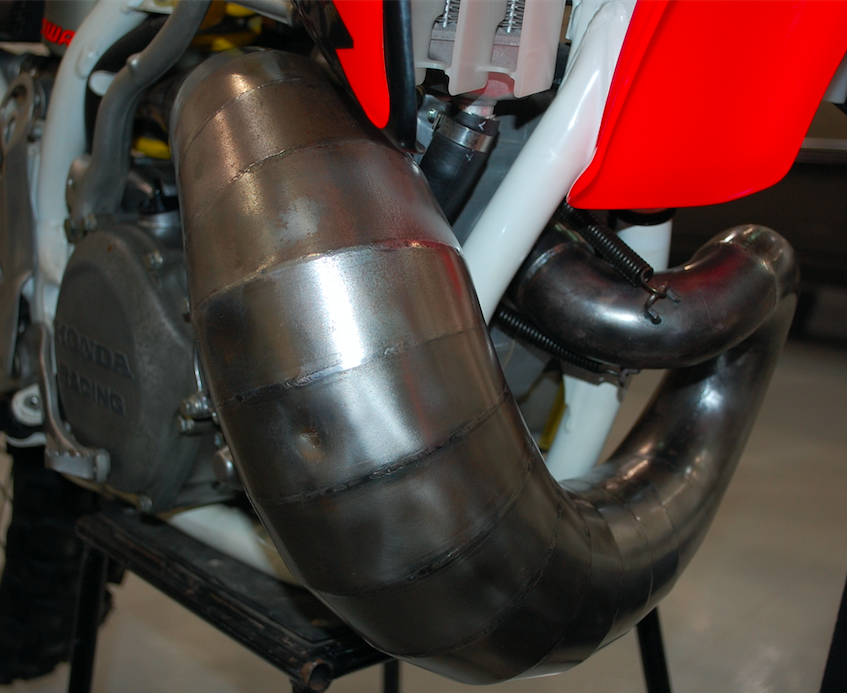 This not just for looks its the real deal. Countless hours of R&D probably went into making this pipe and its the only one like it in the world. 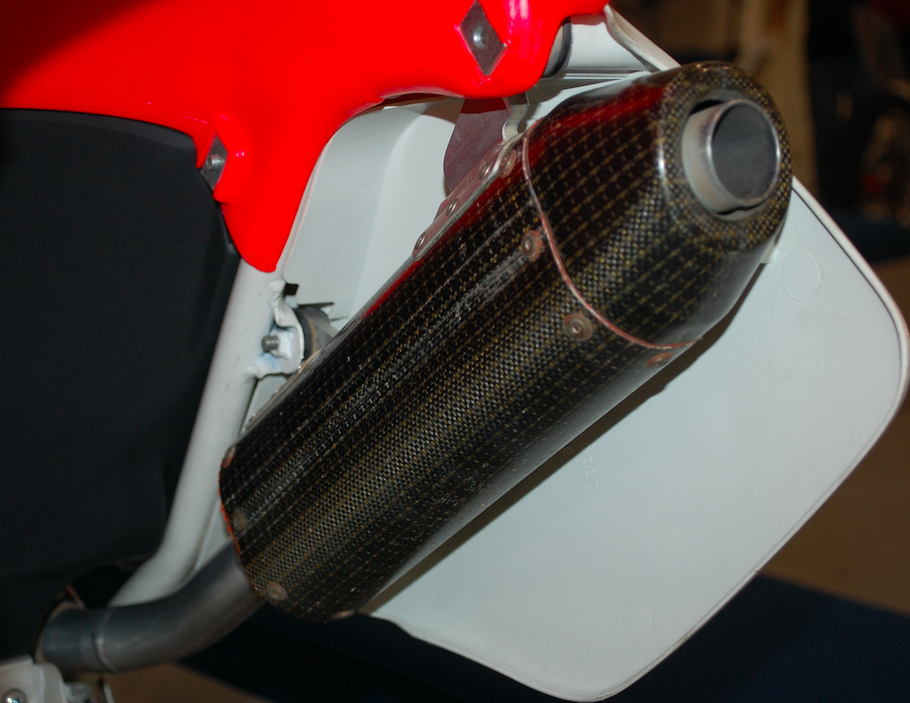 The carbon fiber silencer actually has a modern looking design. This was insanely trick for 1995 ! 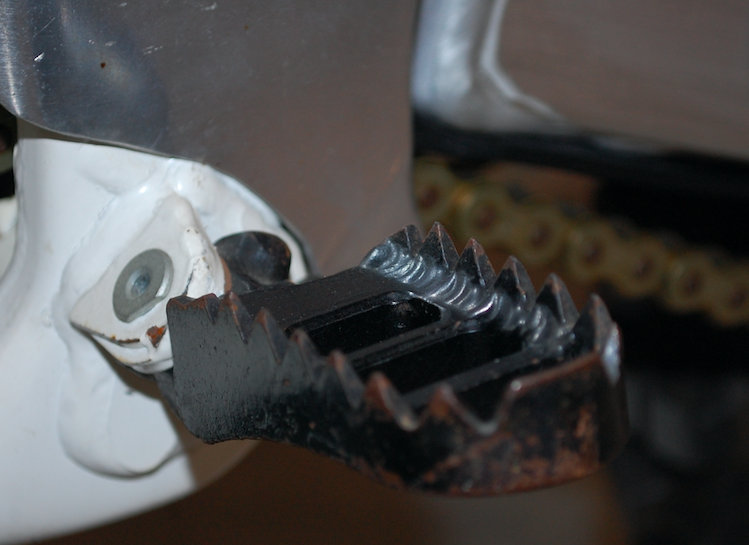 Pegs sure have changed over the years. What was factory then wouldn’t even be close to OEM now.

In that 34-year run, the Honda evolved through many forms, completely changing its identity several times. The early models are sought after in vintage racing, and the later ones are still competitive against four-strokes. CLICK THE IMAGE BELOW FOR MORE!

Twenty-three years can be a long time. Or not. When it comes to the evolution of motocross bikes, it depends onwhich 23 years you’re talking about. No bike illustrates that better than the 1995 Honda CR250R. The designs and concepts used on that bike are still alive and well on two-strokes today. Some might even say we’ve made no real progress since then. CLICK THE IMAGE BELOW FOR MORE!