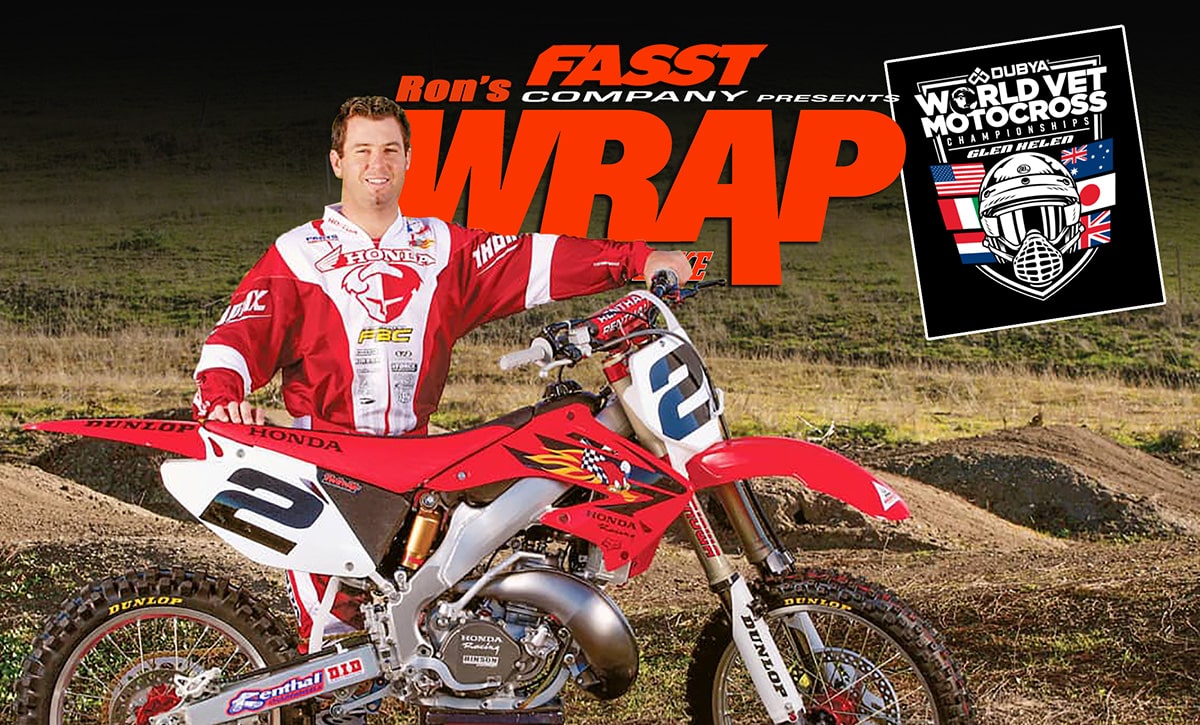 Glen Helen Raceway just announced that the 2022 Edison Dye Lifetime Achievement award recipient will be Jeremy McGrath. The award is presented each year as part of the Vet World Championships, which was founded by Tom White and now is presented by Dubya. This year, that event will take place on November 4-6, 2022.  McGrath will forever be known as the King of Supercross because of his record of 72 main event victories and seven premier-class titles.  He also earned the 1995 250 National Championship and was on the winning Motocross des Nations team in 1993 and 1996. 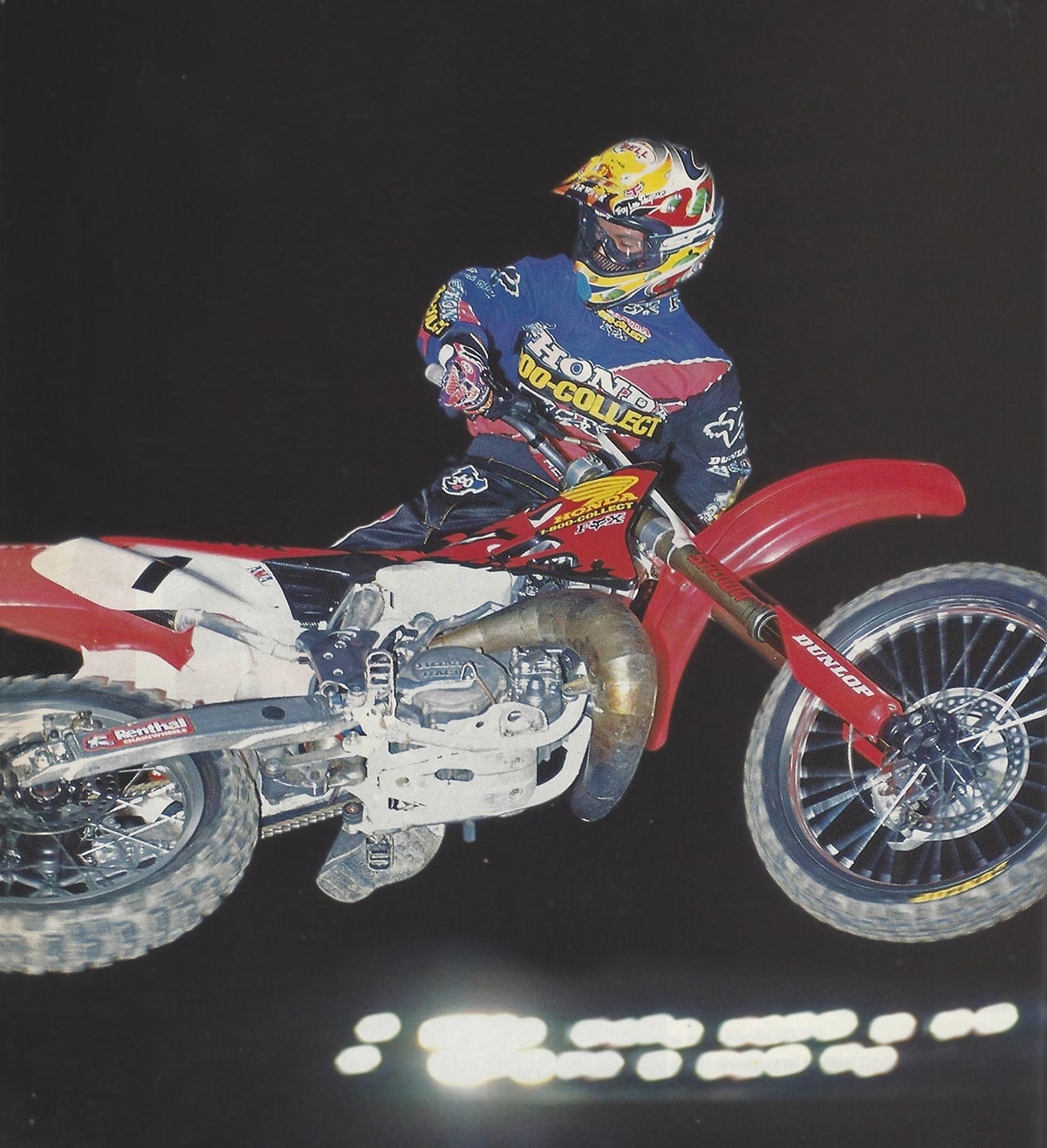 McGrath was born in San Francisco on November 19, 1971 and later moved to Southern California. After just three years riding as an amateur, McGrath made his AMA debut in 1989. He finished his first Supercross season and ranked eighth in the 125 West Region Series.

In 1990, he rode for Kawasaki’s support squad and McGrath began to make his first impact on the sport. That year, he won his first 125 West Region Supercross race in Las Vegas and finished the season ranked second in the series. McGrath won a total of 17 career AMA Motocross Nationals.

While McGrath was becoming known as primarily a Supercross specialist even at this early point of his career, he proved he had skills on the outdoor circuits as well. In 1991, he was ranked fifth in AMA 125 motocross and eighth in the class in 1992. McGrath also began to make his name known internationally when he won the Tokyo Supercross in 1992. After winning his first AMA Supercross race, McGrath went on to dominate the 1993 AMA Supercross Series, winning 10 races and earning the championship.

During his career, McGrath rode for Kawasaki, Honda, Suzuki, Yamaha and KTM. He was the first rider to own and ride for his own factory-backed team.

He announced his retirement before the opening round of the 2003 AMA Supercross Series in Anaheim. Though retired from full-time Supercross and motocross competition, McGrath continued his racing career after being inducted into the Motorcycle Hall of Fame. McGrath’s legacy in the sport of motorcycle racing will be felt for generations to come.

This year’s ceremony will be unlike any other. On Saturday, November 5th, we will host a meet and greet from 4:30pm to 5:30pm. The award presentation will commence at 5:30pm, followed by an autograph session with Jeremy McGrath (and other prior recipients), at the Glen Helen Museum.