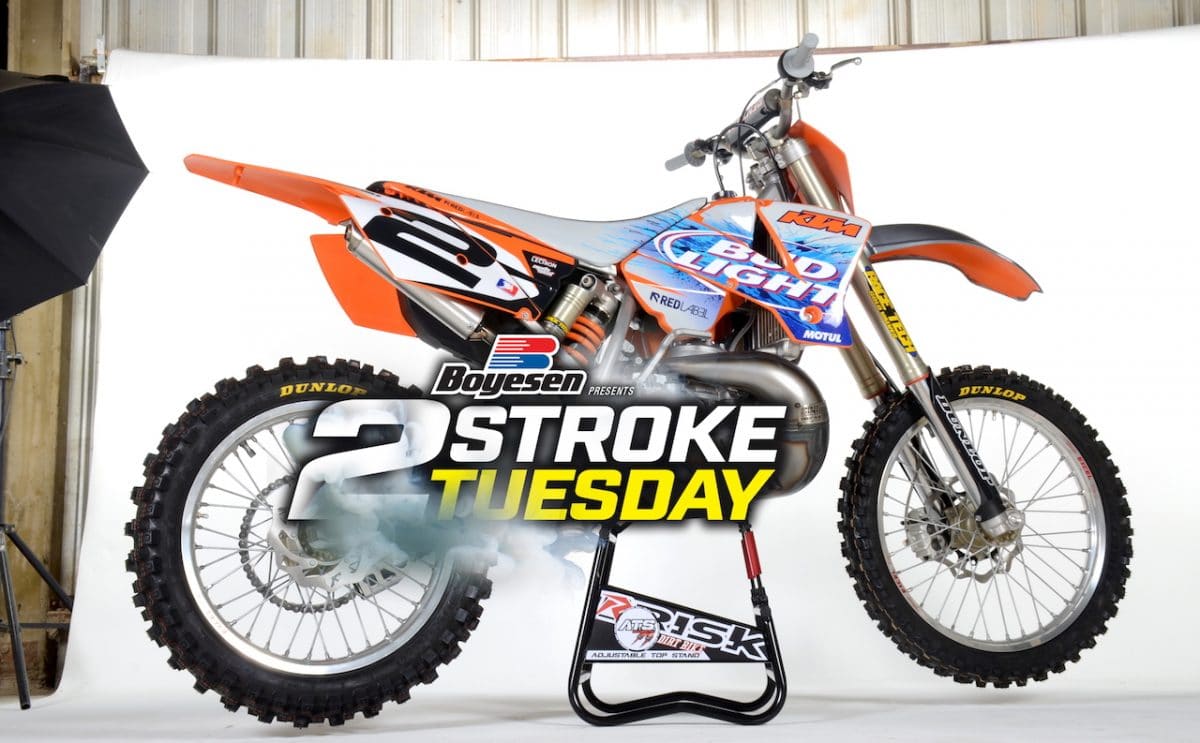 On this week’s Two-Stroke Tuesday we give you an exclusive look at a very clean Jeremy McGrath Bud Light KTM250SX tribute bike build put together by KTM street stunt rider Clint Ewing. We have four premix burning machines featured in 2-Stroke Theater that you really don’t want to miss. If you like the Bud Light KTM250SX build featured this week be sure to check out the modern day 250SX build we did at the bottom of this post. 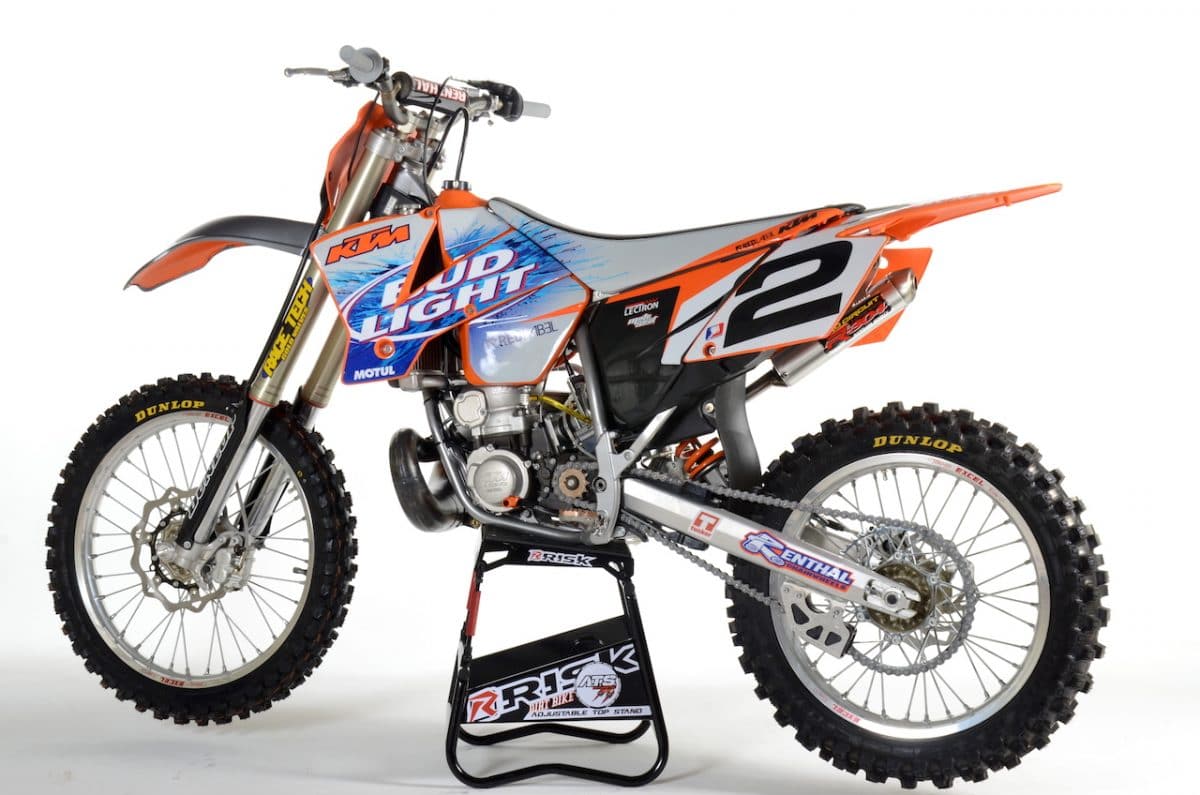 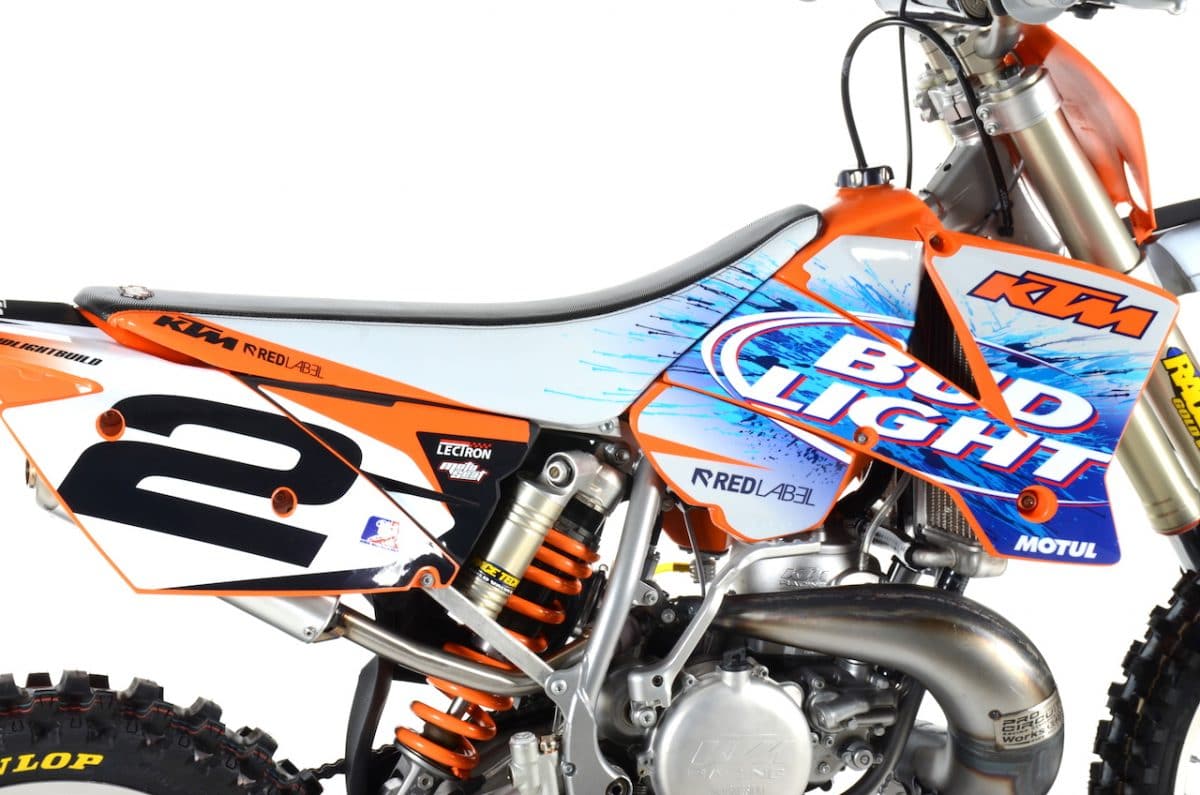 Red Label and Motoseat did an amazing job on the graphic and seat cover combination to really set the build apart from the rest. If you just glance at it you would think Jeremy’s bike was preserved in a time capsule.

Pro Circuit works style hardware was used on this build just like Jeremy did back in the day. Nexus Vapor Blasting did some major work getting all the OEM parts brought back to there original shine. 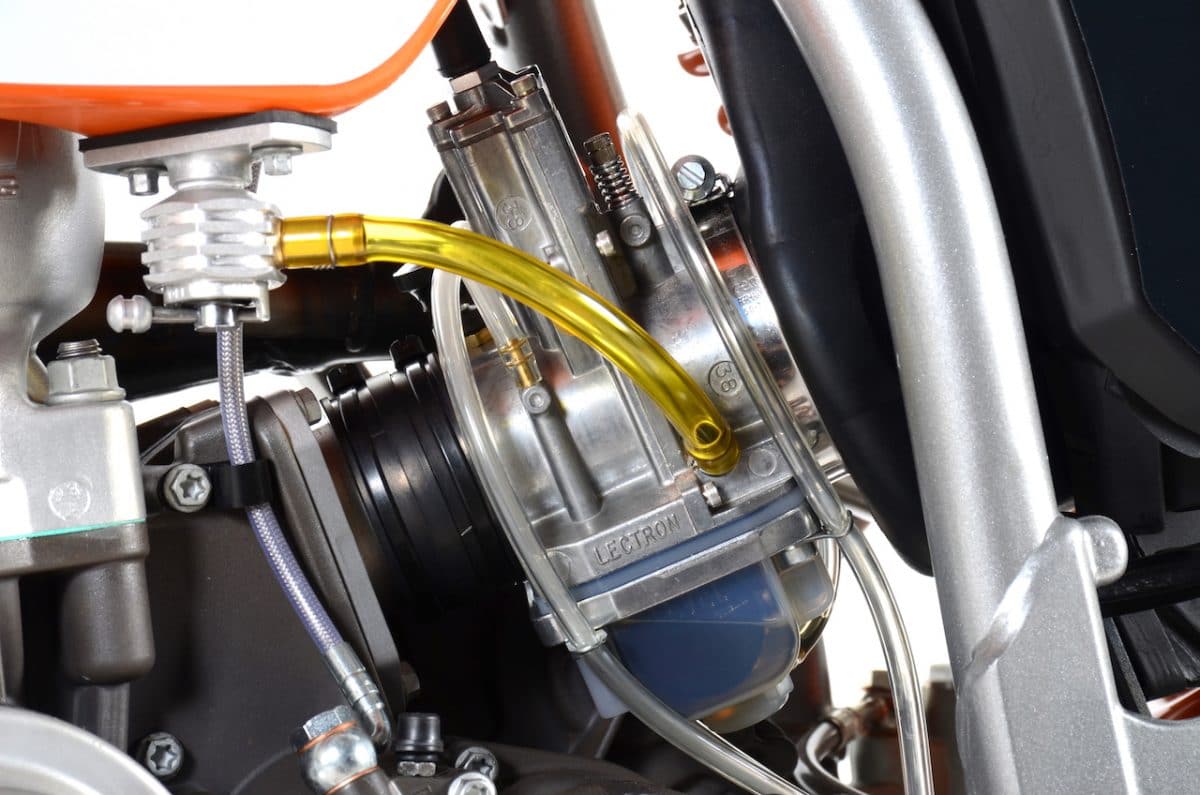 These machines weren’t the easiest to dial in jetting wise so Clint decided to make thing easy on himself and instal a Lectron unit. He plans to put some laps in at the track on this beast. 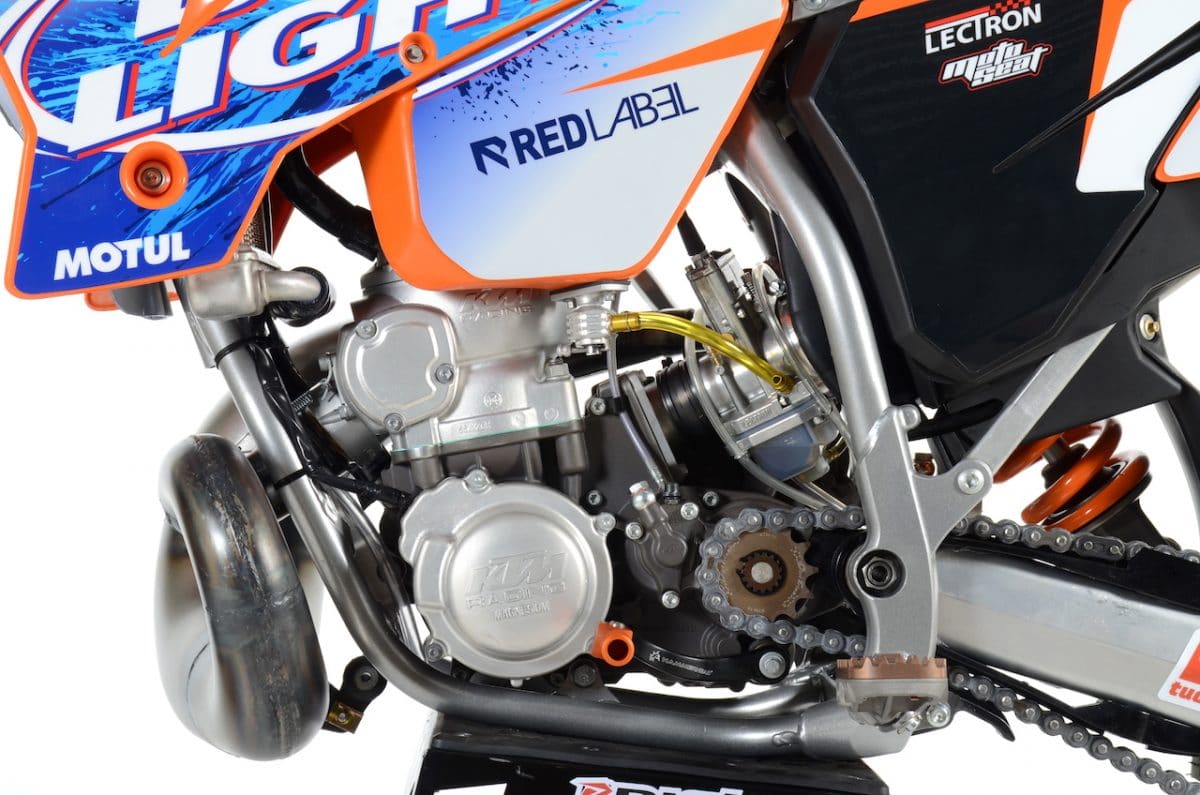 Anthony and the crew at Wrench 42 Motorsports rebuilt the engine completely after discovering a few gremlins during inspection. 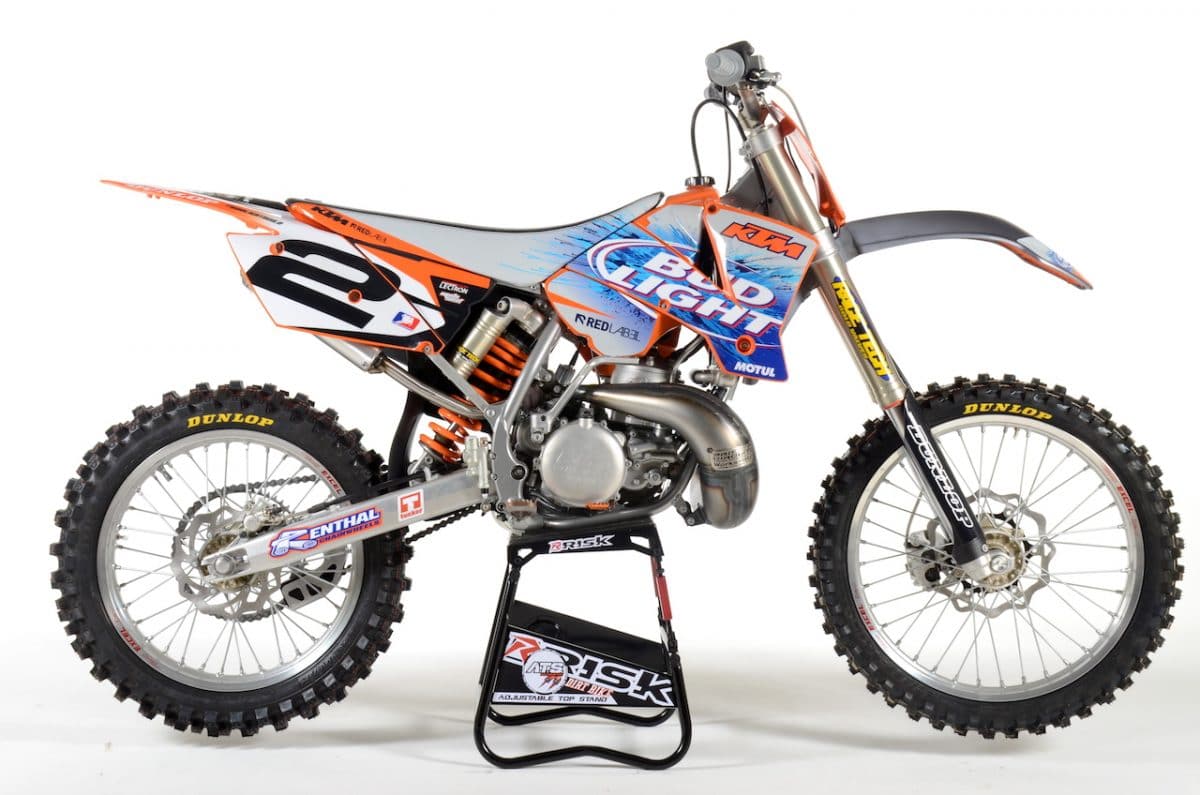 If this machine doesn’t give you a little tingle to watch some early ‘2000s Supercross videos or go back and look at some magazine from that era you might want to check your pulse!

If you like the retro KTM 250SX featured on this week’s Two-Stroke Tuesday check out this modern day 250SX off-road build we did. CLICK THE IMAGE BELOW FOR MORE! 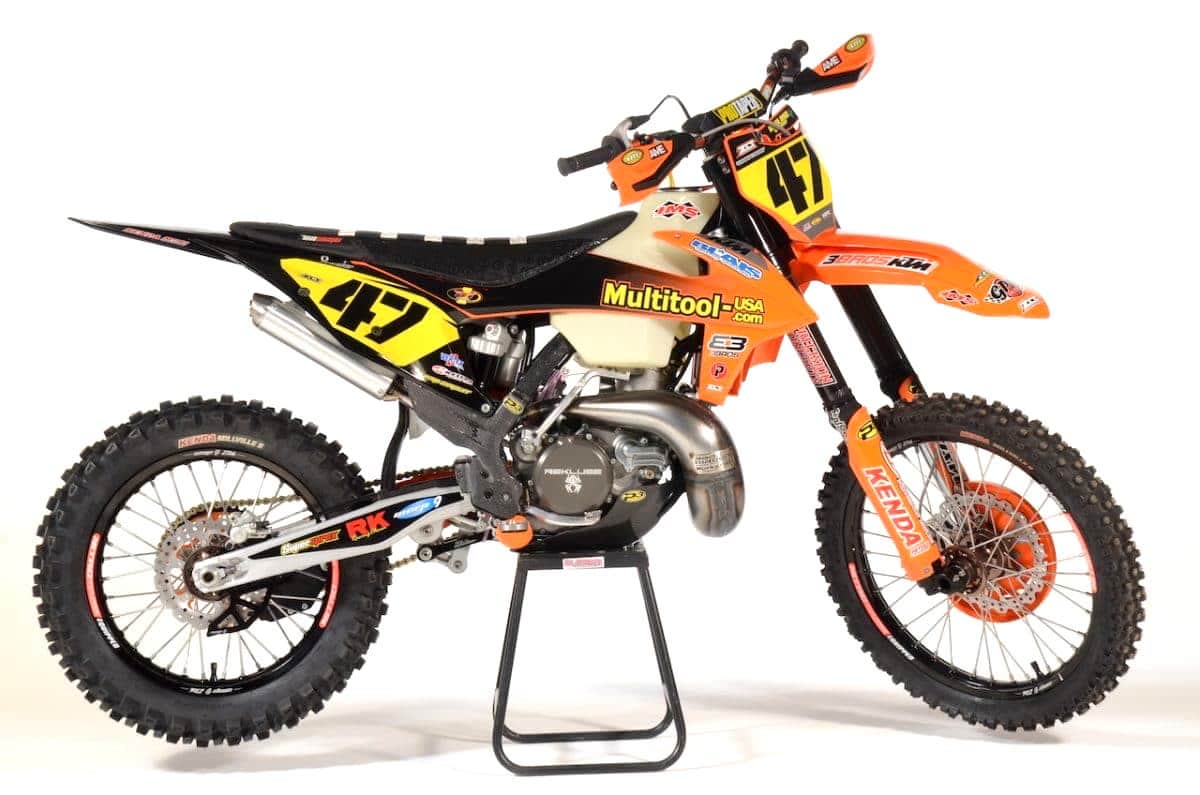