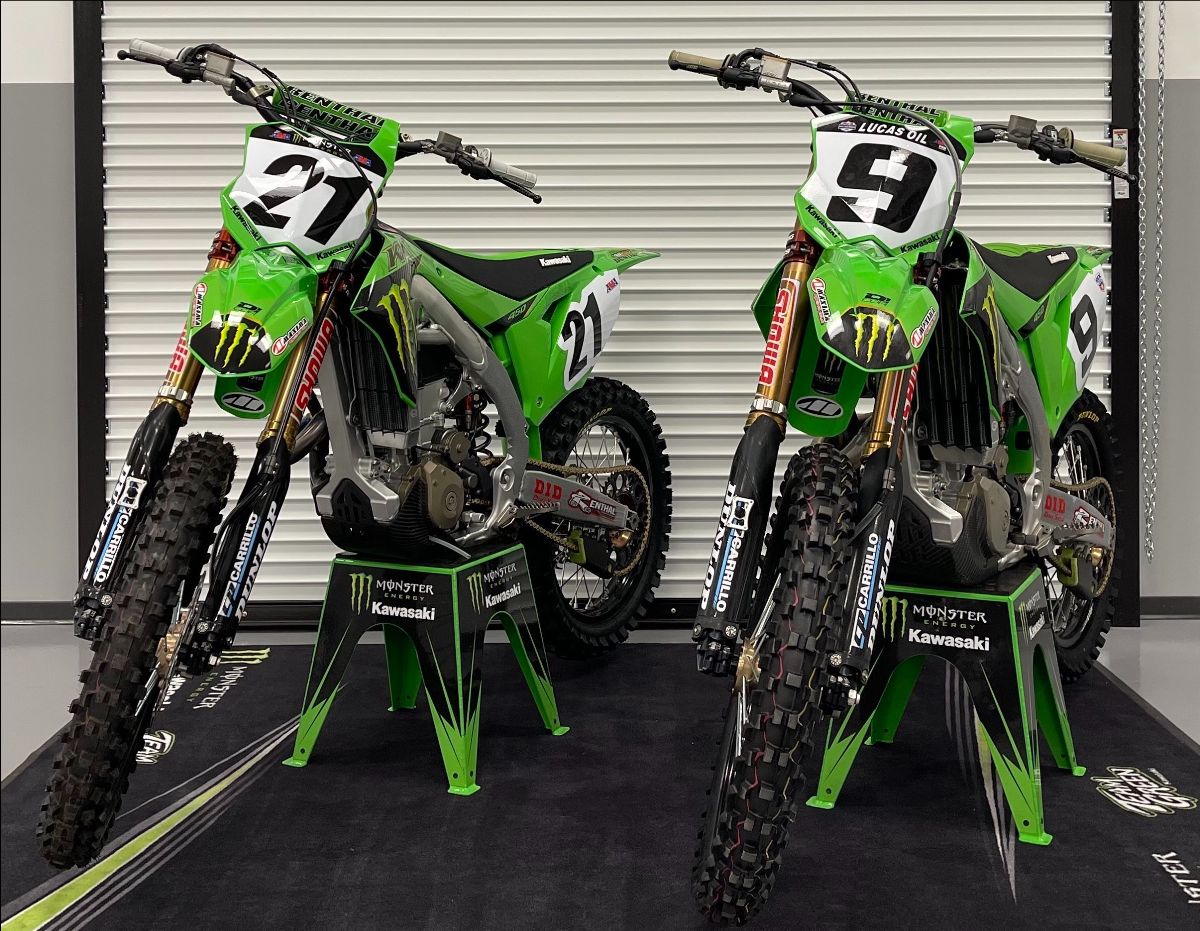 The Monster Energy® Kawasaki race team is preparing to line up in January for the AMA Supercross Championship and AMA Pro Motocross Championship in 2022. Team Green™ Kawasaki graduate, 2019 AMA Motocross 250 Champion and Monster Energy Cup Champion Adam Cianciarulo will compete in his third year aboard the KX™450 with focus on the top step of the podium. Cianciarulo will be joined by 2018 AMA Supercross Champion Jason Anderson stacking Kawasaki with two championship contenders in 2022. In addition, Kawasaki welcomes Broc Tickle to the team as a testing and development team member.

“We have a very strong 2022 team roster,” said Kawasaki Racing Senior Manager, Dan Fahie. “We are pleased to welcome Jason to the team and to continue reaching for our shared goals with Adam as he steps into his third year of 450 racing. We have learned a lot about our KX450 and are in a good place heading into 2022 with the development of the motorcycle. It is a pleasure to be working with Broc again, he is a great rider and we believe he will be a great asset to our racing program.”

Anderson closed out his amateur racing career with Kawasaki Team Green, winning the AMA Horizon Award aboard a KX™250 before moving on to become a 250 Supercross West Champion. Well proven in his career, Anderson has five 250SX wins, seven 450SX wins and 53 combined 450 podium finishes to his name. Now reunited with Kawasaki, Anderson is prepared to repeat his former success and fight for premier class supremacy in both the AMA Supercross and AMA Pro Motocross Championships.

“It’s great to join the Monster Energy Kawasaki race team for 2022,” said Anderson. “I’m ready to start working with the team to have a successful run right out of the gate when we go racing in January. The bike is proven, and the many accolades of the team speak volumes to what we can achieve together. I’m looking forward to the good times ahead.”

Meanwhile, Cianciarulo hopes to see his record-setting amateur years with the Kawasaki Team Green race team and success underneath the Monster Energy/Pro Circuit/Kawasaki team awning reach a culmination in 2022 with his goal of championship contention in the upcoming year of premier class racing. Building from his AMA Pro Motocross Rookie of the Year honors that came along with second place in the 2020 450MX Pro Motocross standings, Cianciarulo led 51 laps during the 2021 season and secured three overall podiums. Cianciarulo now looks to capitalize on a full off-season of development with the team to claim the top step of the podium in 2022.

“I’m ready for the 2022 season,” said Cianciarulo. “I’ve had a lot of great experiences in my first two seasons with the team. We have made major strides together and are positioned to perform at our very best in this upcoming year of racing. I look forward to continuing to improve and reaching our goals together.” 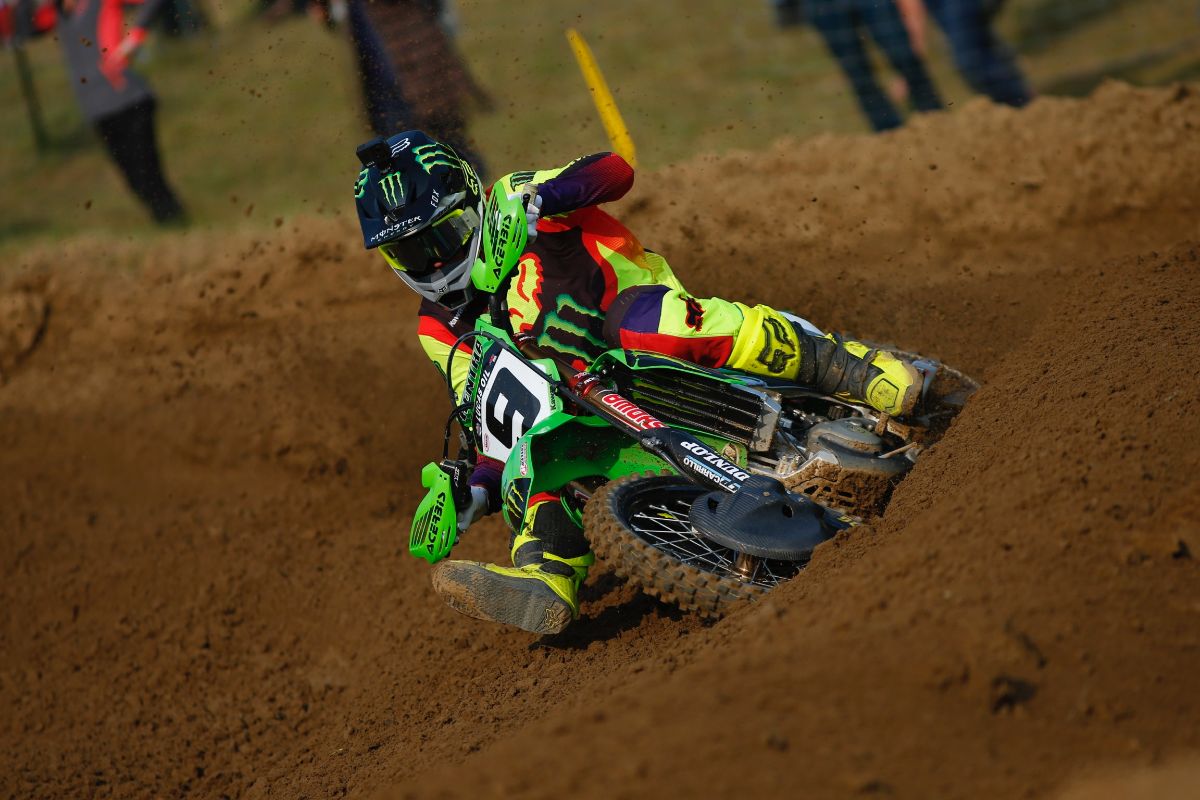 The Monster Energy Kawasaki racing team will also welcome Tickle back to Team Green as an official testing and development team member for the 2022 season. A former 250 Supercross West Champion as a part of the Monster Energy/Pro Circuit/ Kawasaki team, Tickle has celebrated much success with Kawasaki and will now offer vital support to the Kawasaki racing effort.

“I am really thankful for this opportunity with Kawasaki,” said Tickle. “I will be helping test the KX450 and provide the team with information and feedback that makes a positive impact on the track with Adam and Jason. It’s been an awesome start for me to be around a solid group of professionals all working towards the same goal. It’s also nice to be around a familiar group that I’ve worked with before and they’ve all been very welcoming.” 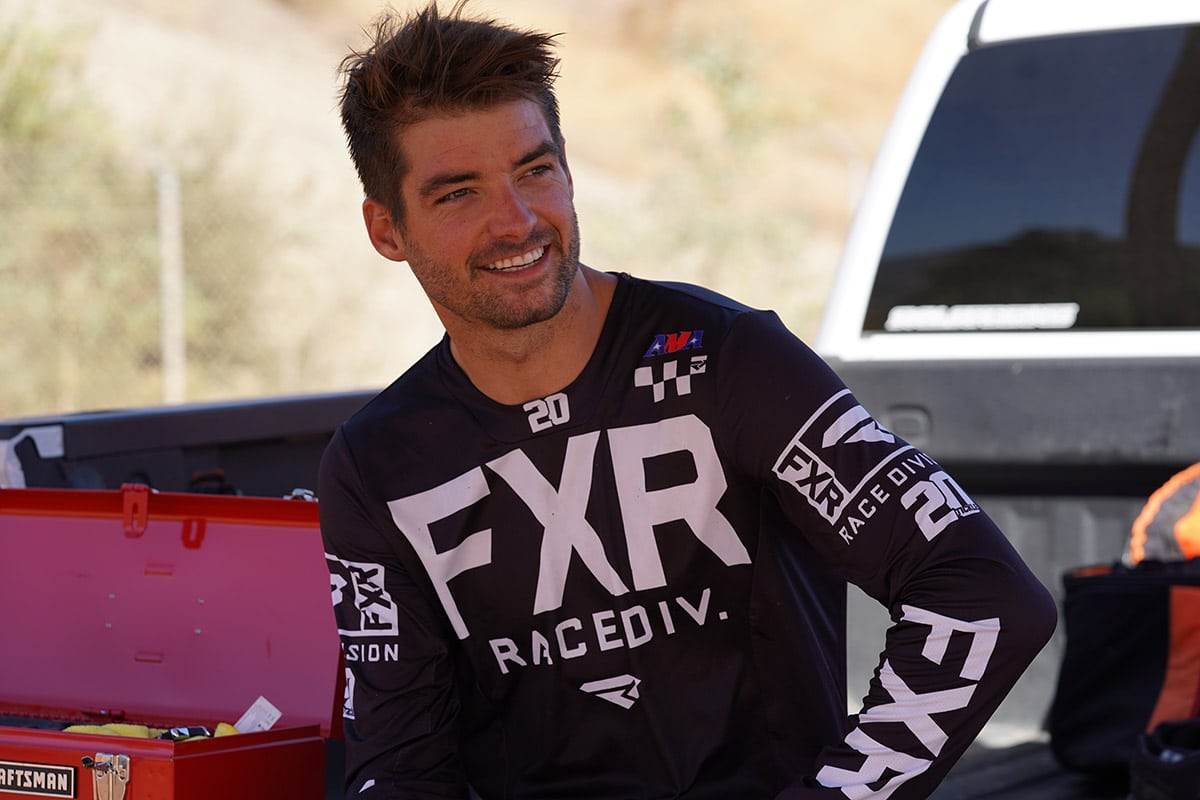