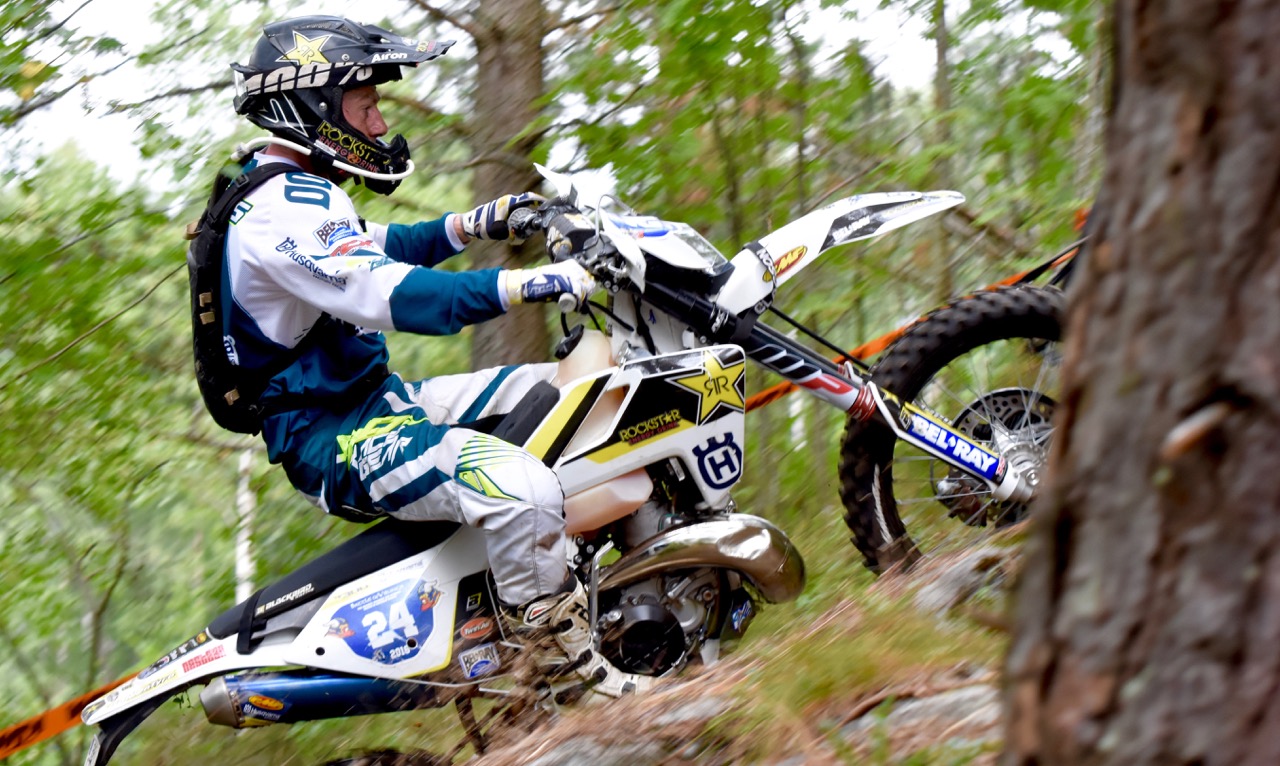 Rockstar Energy Husqvarna Factory Racing’s Graham Jarvis has secured victory at the seventh running of the Battle of Vikings extreme enduro in Storstenshöjden, Sweden. Putting in a dominant race-long performance Jarvis was the only rider to complete a full eight laps around the technical Swedish track.

Kicking off his second participation in the event on a high note, the British extreme enduro star earned a well-deserved third place finish during the event’s SuperEnduro-styled prologue. With Saturday’s four-hour main event run over a tough and technical track inside the Swedish forest, having recently won both Erzberg and Romaniacs Jarvis started the event as the rider to beat.

Taking some time to find a competitive race pace, Graham passed defending champion Joakim Ljunggren just before the first refueling stop, going on to grab the lead from Wade Young shortly afterwards. Once out front the Brit never stopped extending his lead and was eventually the only rider to start and complete a full eighth lap.

Graham Jarvis: ”It feels really good to get the win here in Sweden. The race has a different format compared to what we’re used to, but it’s definitely worth the title ‘extreme’. It’s actually four hours of non-stop racing, nothing really difficult but really exhausting. The first lap was the hardest as I was struggling with arm pump. It took me some time to find the good lines and get a good pace going. I passed Joakim just before the fuel stop and caught up with Wade Young right after that. I followed Wade for half a lap but then he got stuck behind a slower rider and I managed to make the pass. I kept plugging away from there and even made a second fuel stop before my final lap.”