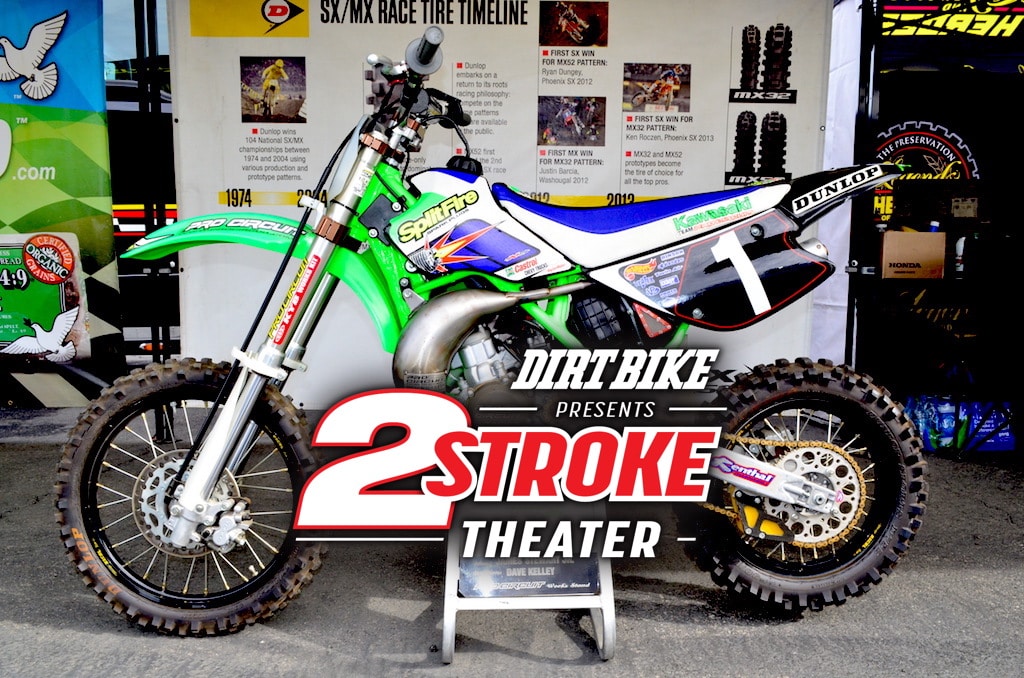 On this week’s Two-Stroke Tuesday we take a look back at James Stewart’s factory built SplitFire Pro Circuit Kawasaki KX85. We keep our green theme going in 2-Stroke History with a full test on Mike”The Rock”LaRocco’s factory Kawasaki KX500 and then give you all access to our Kawasaki KX65 project.  Would you like to win our FMF Honda CR125 race team tribute bike? Click the link at the bottom of this post to see how! 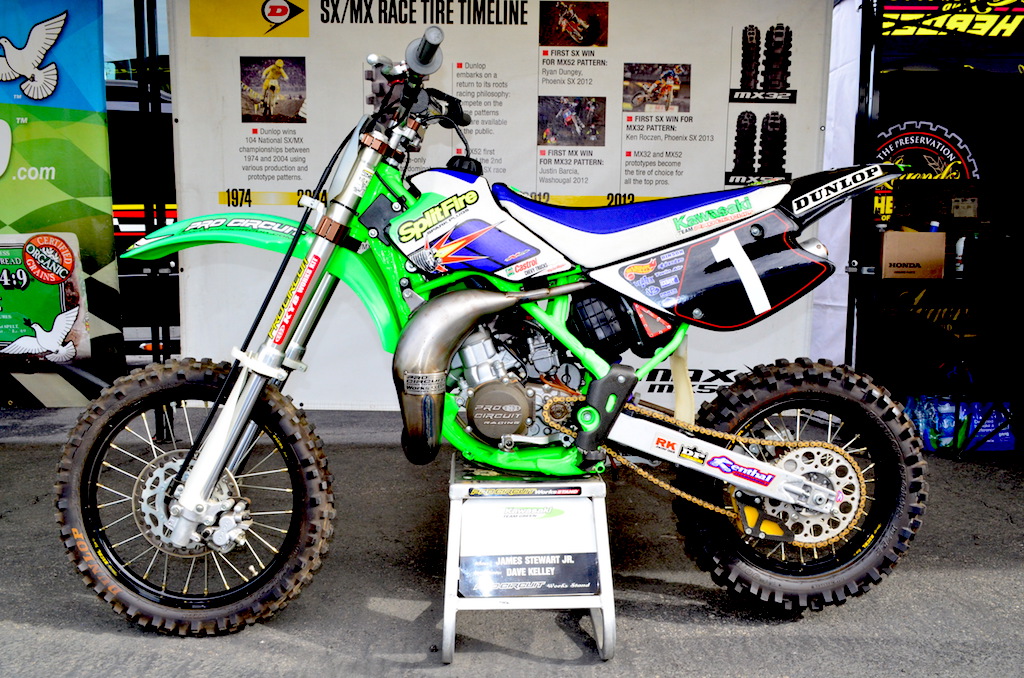 With the powder coated frame, black rims, graphics and tire stickers this bike could line up in the 85cc mod class as is. Not bad for a bike that was on showroom floors in 2000 ! 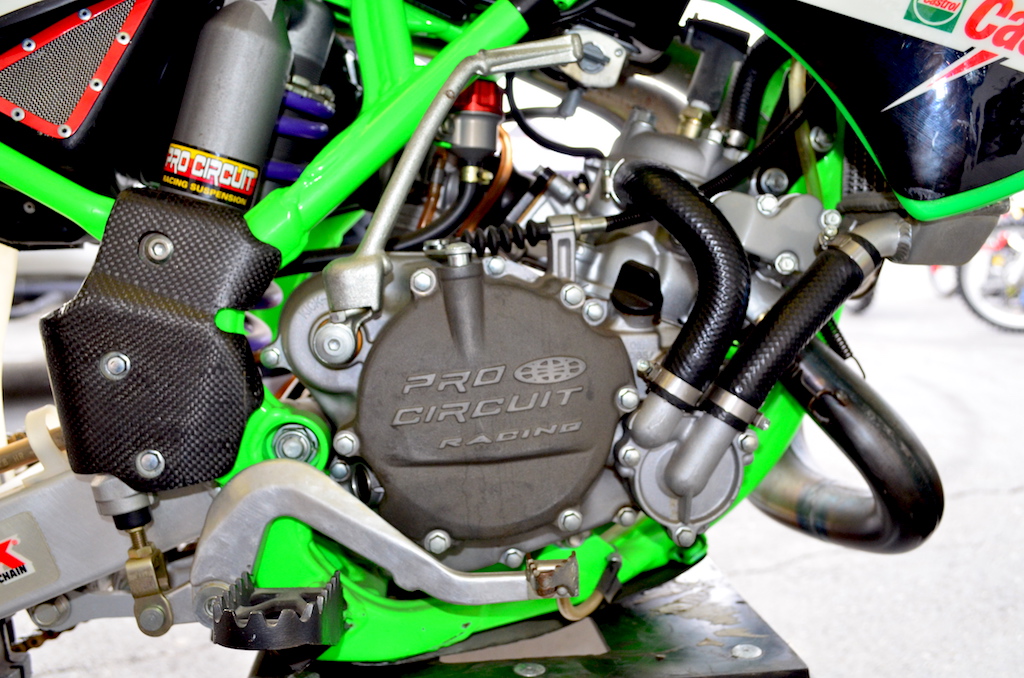 The Pro Circuit power plant put out more power than most stock 125s at the time and Stewart used every bit of it. The Pro Circuit clutch cover just screams factory. 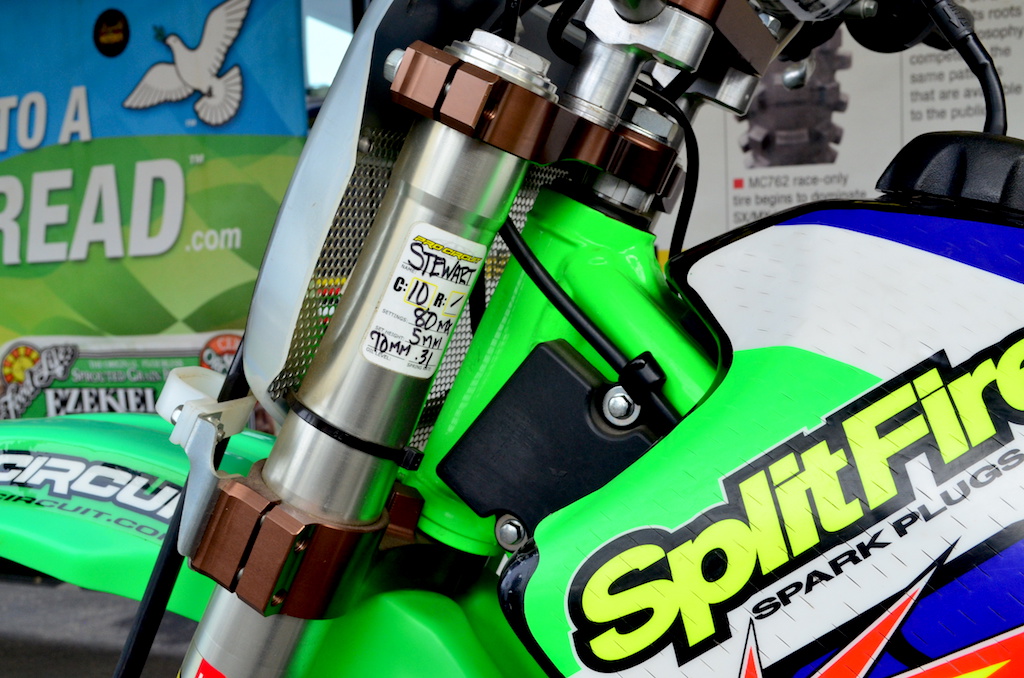 Pro Circuit was one of only a handful of companies offering aftermarket triple clamps back then. This machine is equipped with solid mounts with custom bar riser. Check out that vented front number plate. 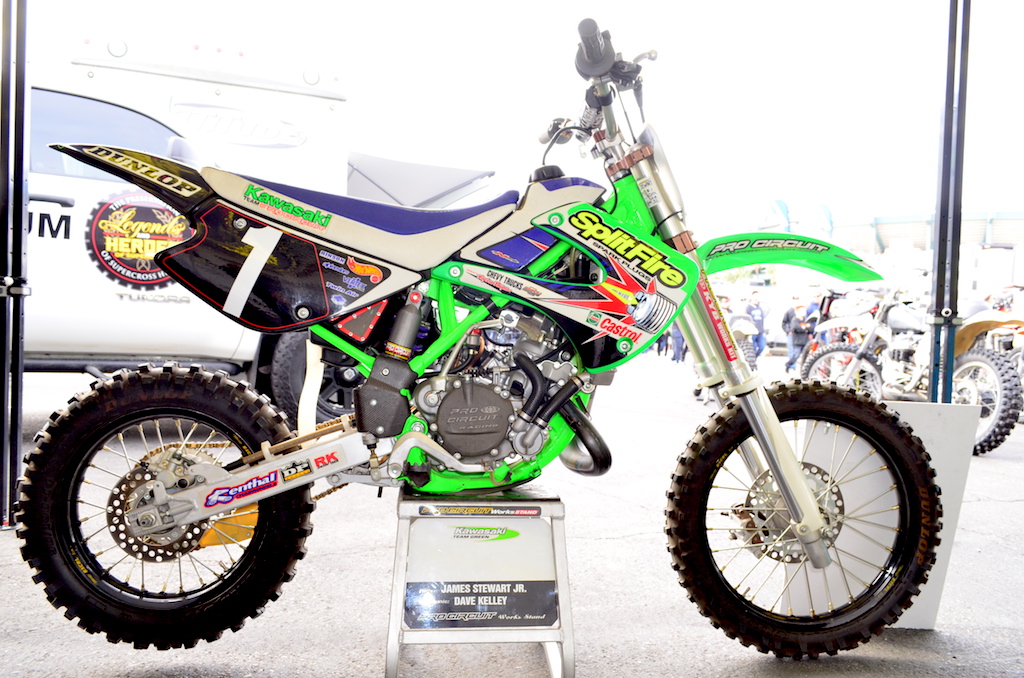 Even years later this Dave Kelly tuned machine still looks trick. N-Style was setting the graphics game insanely high back in the late ’90s and early 2000. . 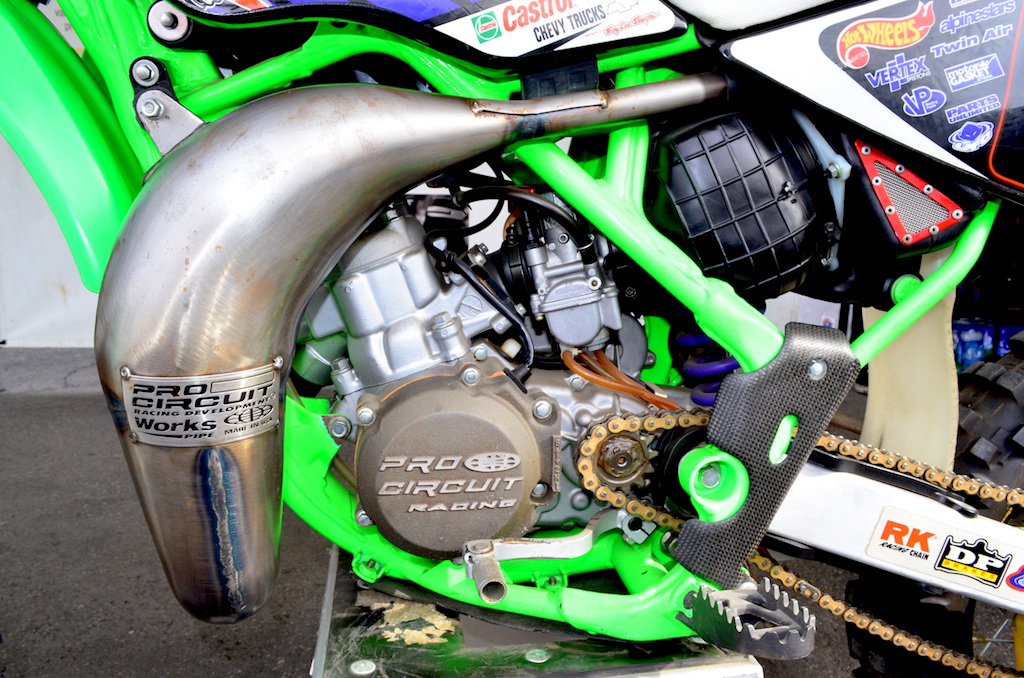 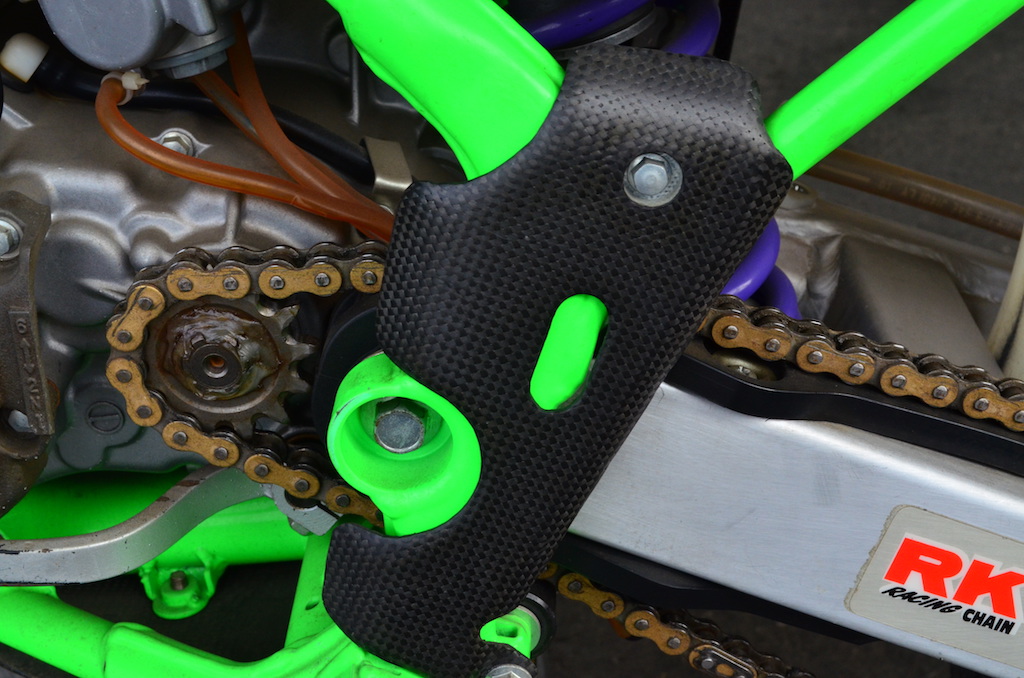 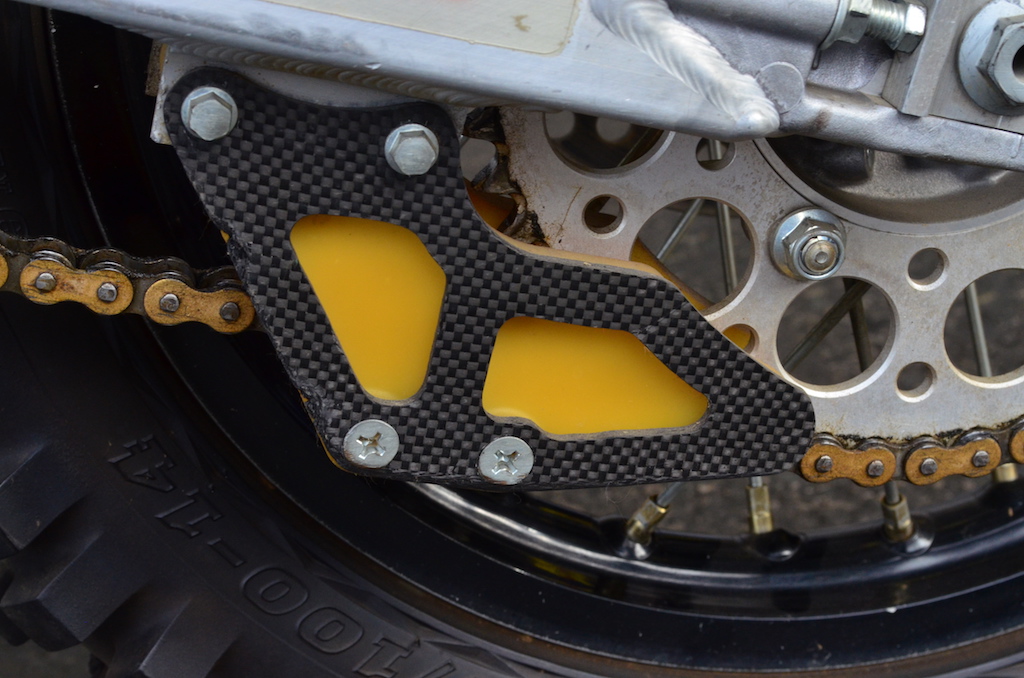 Kawasaki gave LaRocco his championship machine, but a garage is a poor place to display The Plate. So, let’s salute LaRocco and his KX500 with an up-close and personal look at the bike- and talk with Mike on what it takes to ride it to its full potential.

Although a bit rough in appearance, our KX65 was in one piece and just needed some TLC. Just like with our full-size, older project bikes, we tore this one down to the frame, paying close attention to bearing conditions, frame joints for cracking and, of course, the engine health.