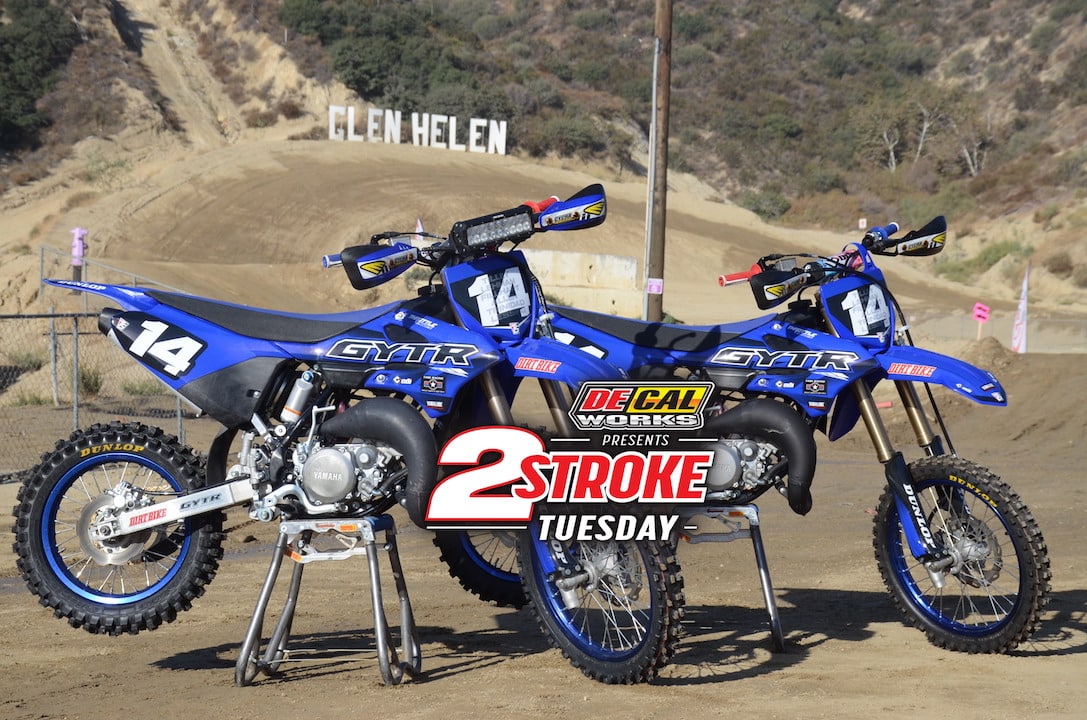 Two-Stroke Tuesday has you seeing double this week in the form of two identically built Yamaha YZ85 machines. Jacob Tilley son of our managing editor Mark Tilley really wanted to do the entire Glen Helen Endurance Race Series brought to you by 3-Bros Racing. Jacob made a deal with his dad that when he stepped up to the 85cc machine he could have the opportunity to make this a reality. Fortunately Mike Ulrich and Yamaha was 100% on-board to support the adventure. Below is a quick look at the two Yamaha YZ85’s we built for the 24 Hour Endurance Event. The team was made up of Jacob Tilley, Kodiak Lehman, Dennis Allen, Jett Lessing, Kayden Fillhart and Michael Trinidad. 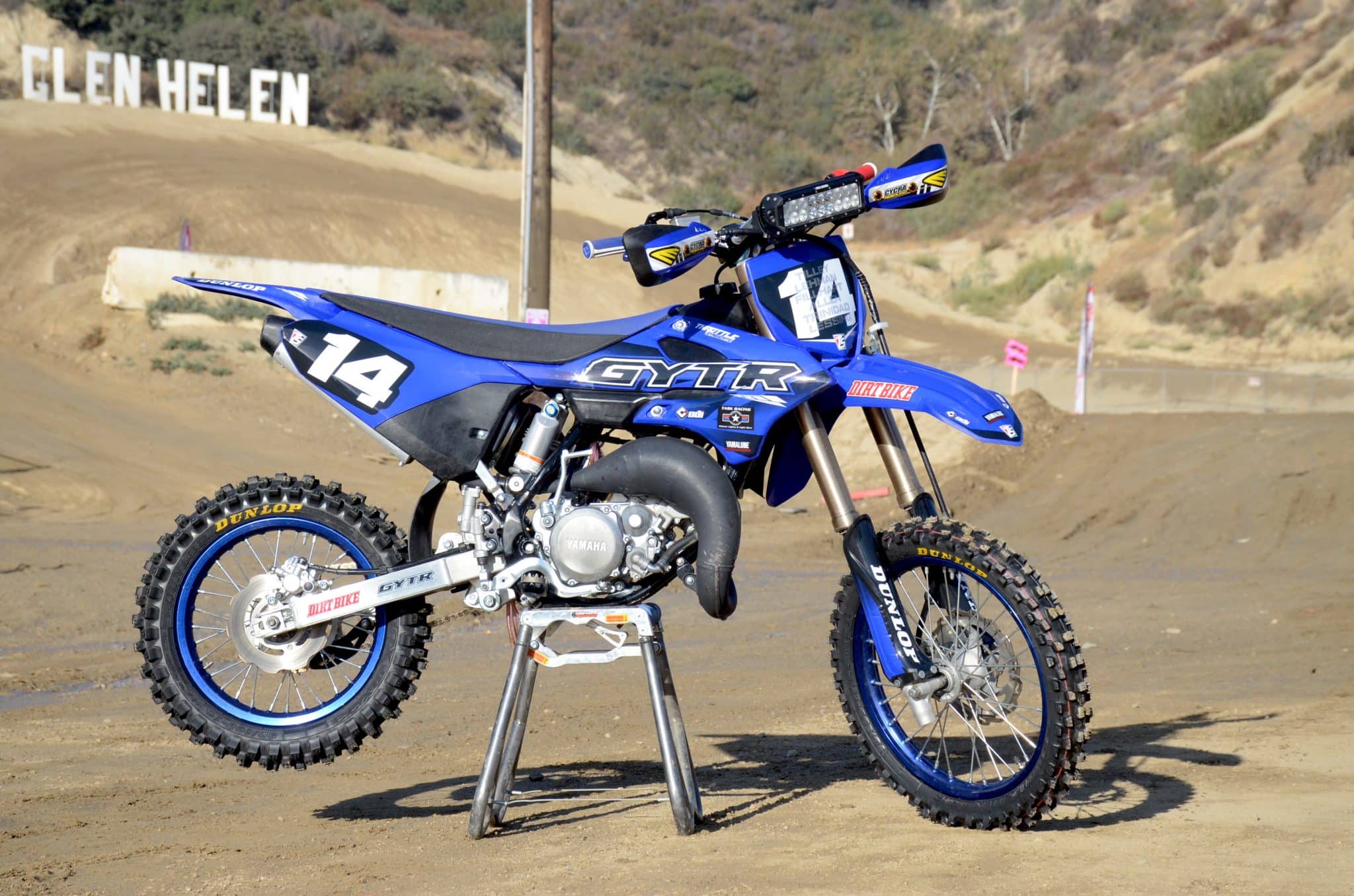 This is the “Night Bike”. The only difference from the “Day Bike” is the addition of a Task Racing light set up. Other companies involved on the build include assorted GYTR accessories, Dunlop, ODI, Cycra, Throttle Syndicate and Yamalube. 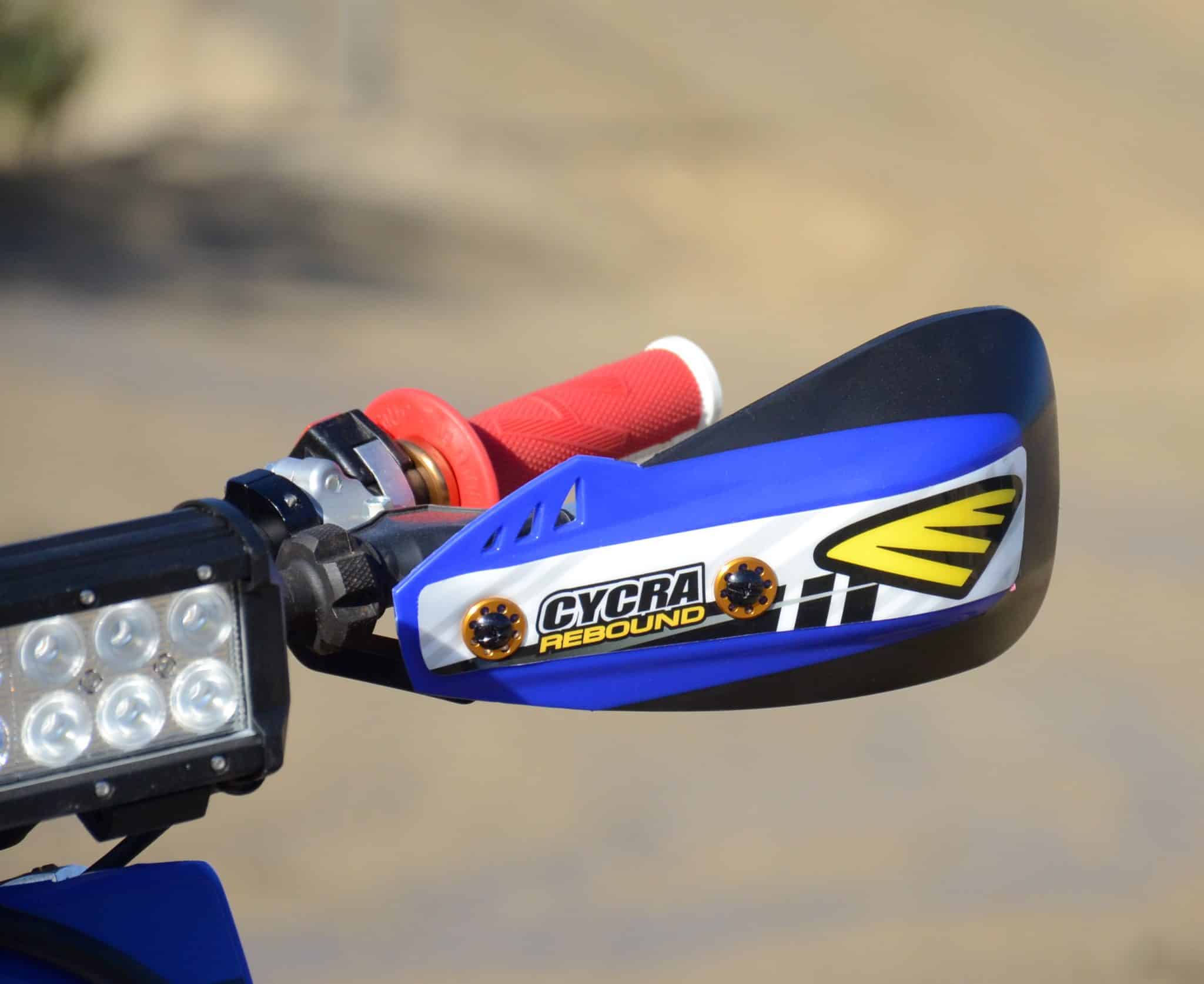 Cycra Rebound hand guards feature a solid aluminum mounting system with full range of motion in the event of a crash. The plastics shields bolt-on, come in a variety of colors and are replaceable. 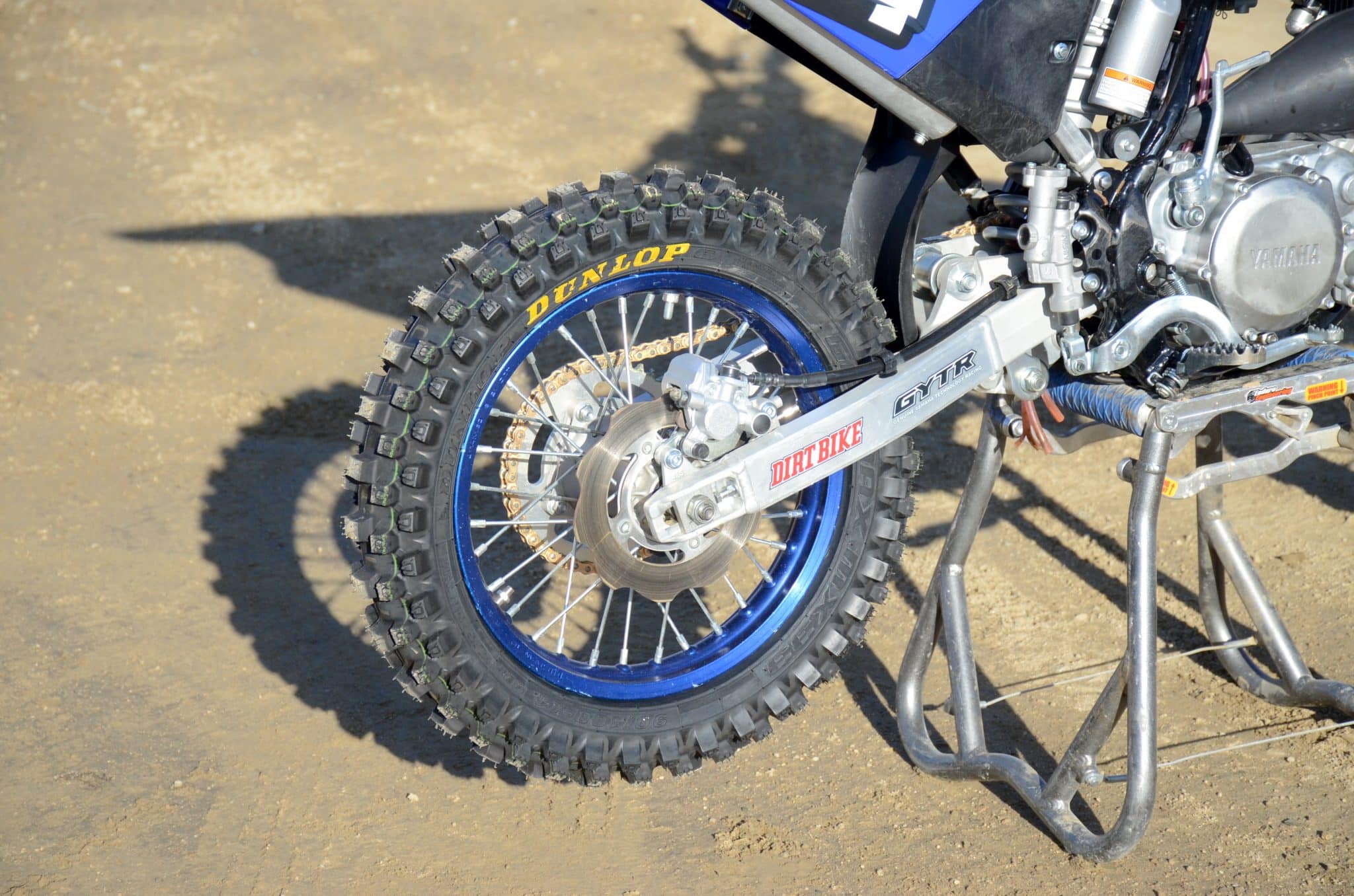 Dunlop MX33 tires with Dunlop HD tubes were used and had no flat issue the entire race. We had an extra wheel set from GYTR that comes complete with OEM size rear sprocket and rotors with Dunlop tires mounted on them just in case. 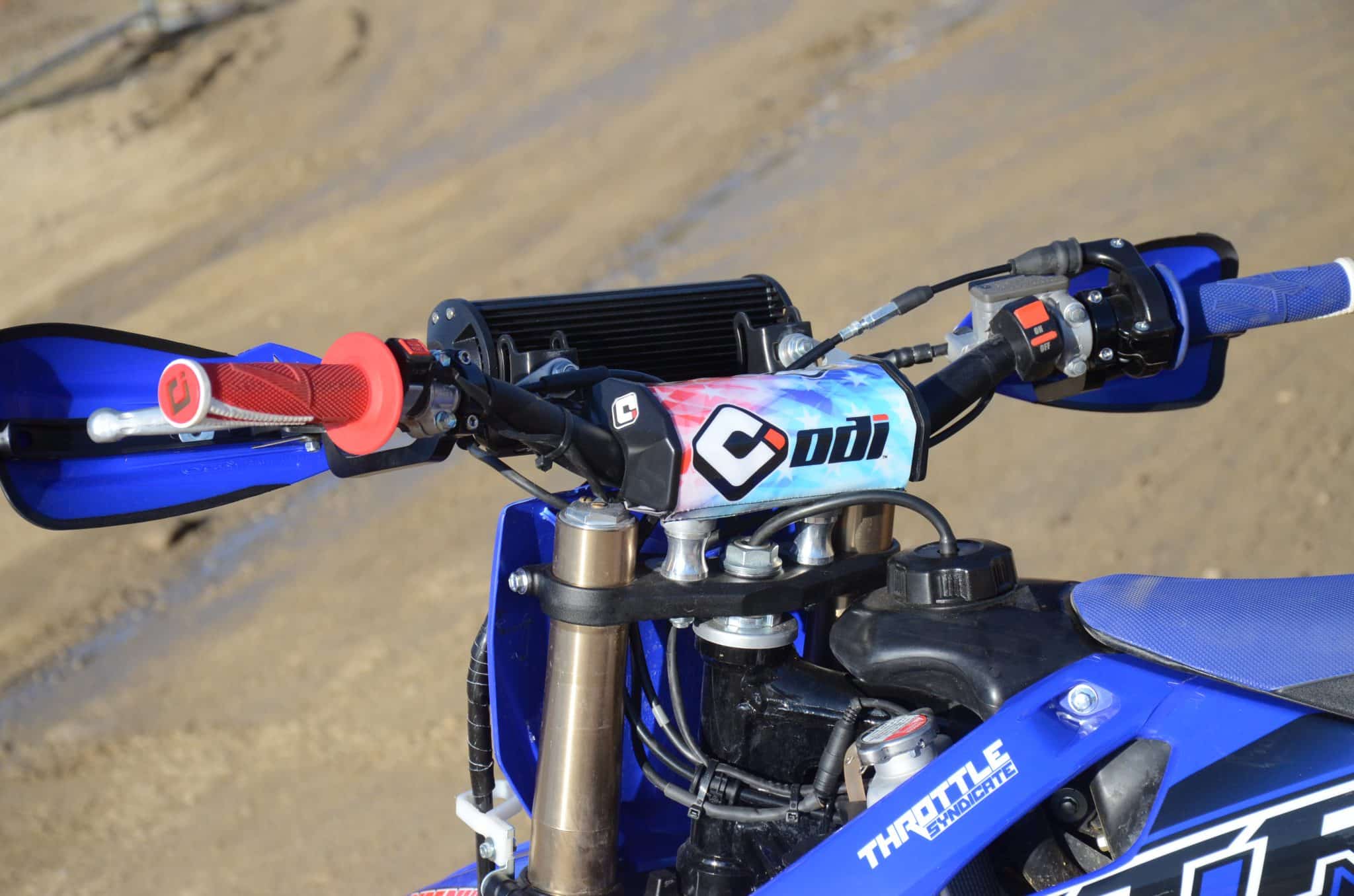 ODI makes a variety of different handlebar bends for mini riders. On this build we used the “Schoolboy” bend that is very similar to what comes stock on the YZ85 and cut the overall width down to 29″ matching the OEM Yamaha bars. We also used Emig V2 lock-on grips and topped off our red-white-blue theme with a Stars And Stripes bar pad. 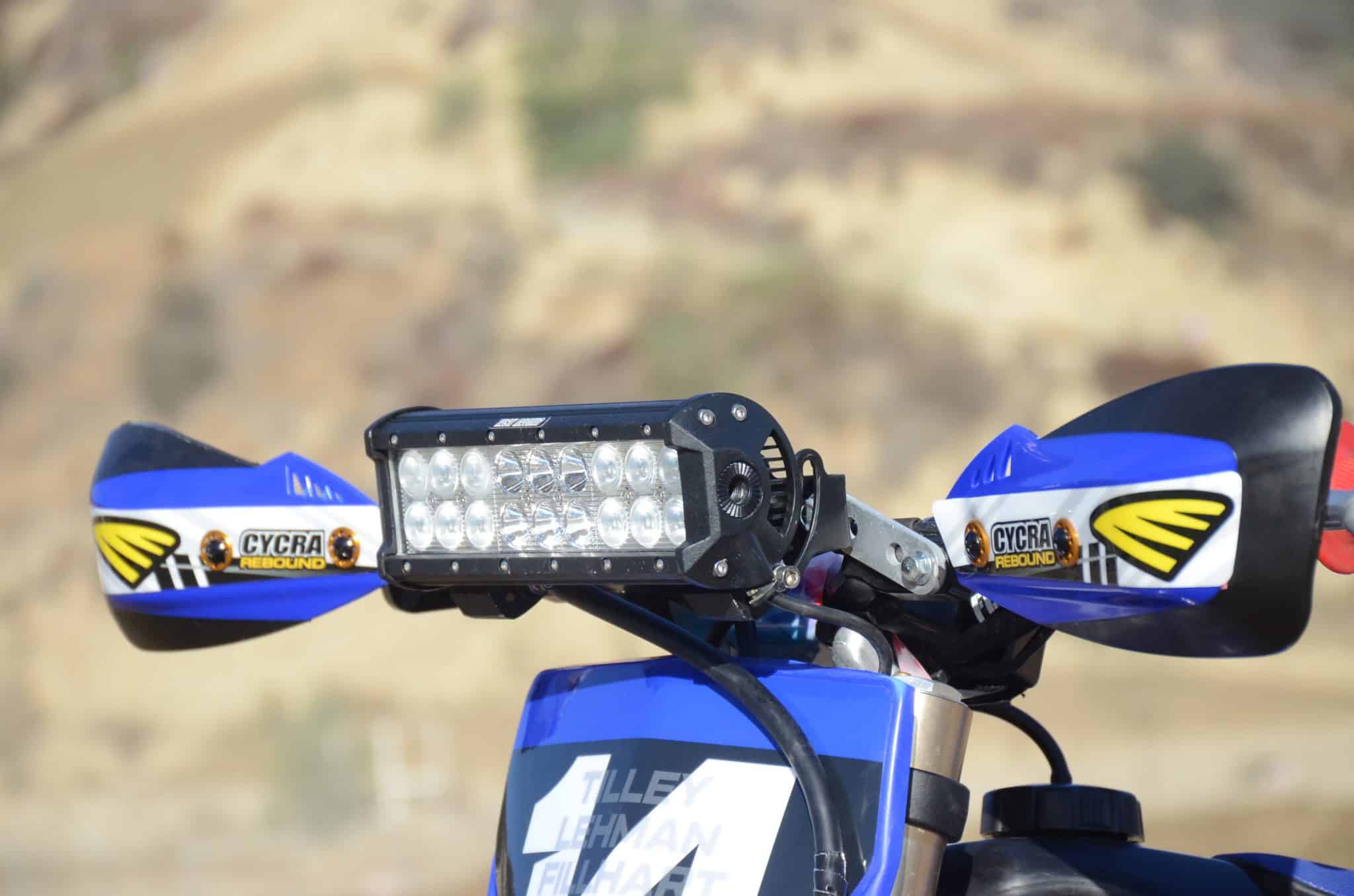 The Task Racing light mounts securely to the top handlebar mounts and runs off an external battery mounted in the airbox. This system has a minimalistic design and puts out tons of light. We used two different batteries for the entire night session and came away impressed. 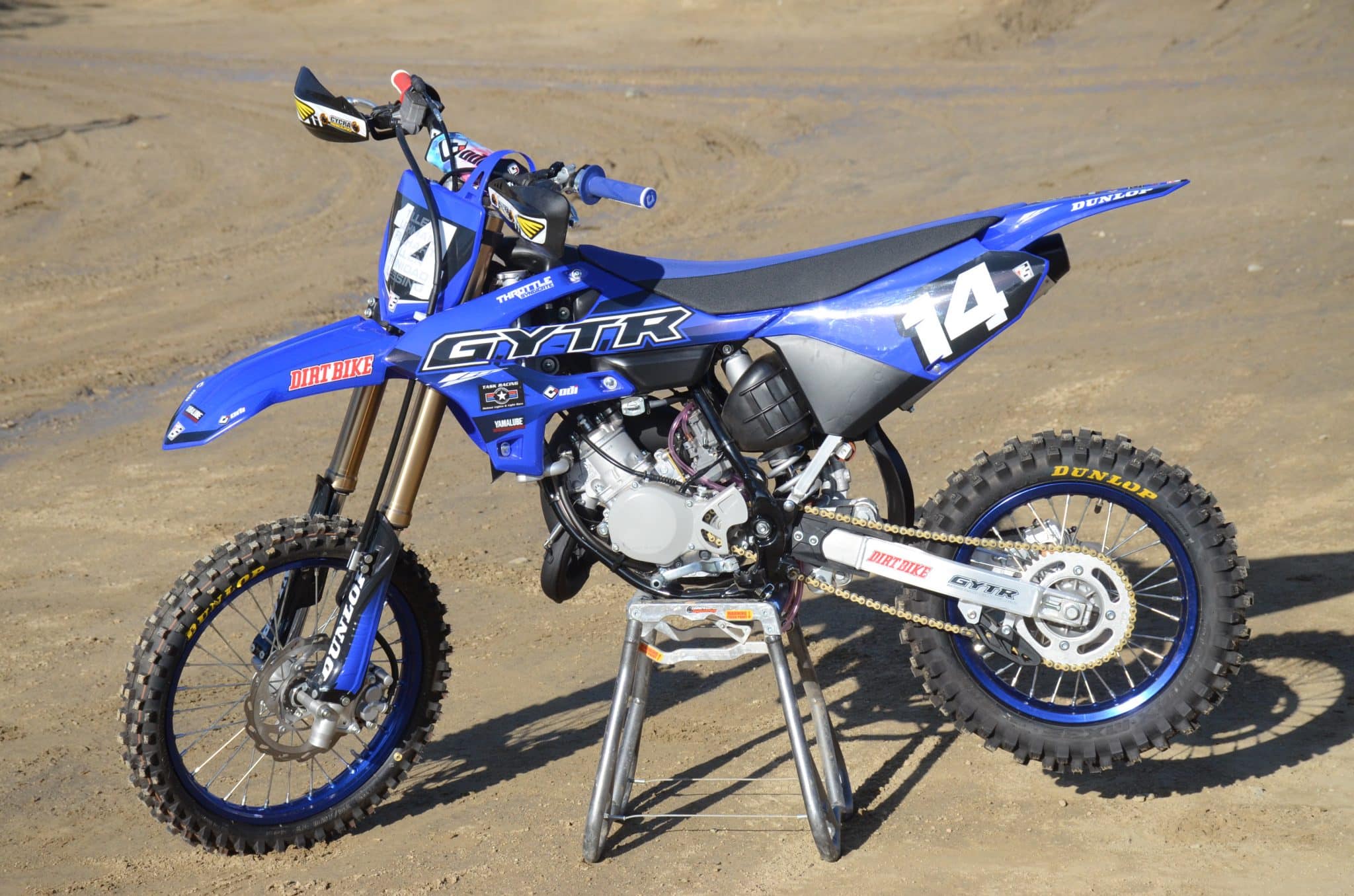 Aftermarket accessories were kept to a minimum on these builds except in some very key areas. The throttle syndicate graphics gave us that OEM factory look with some person flavor adding the riders last names on the front number plate. After 24 hours of racing the graphics still look amazing. 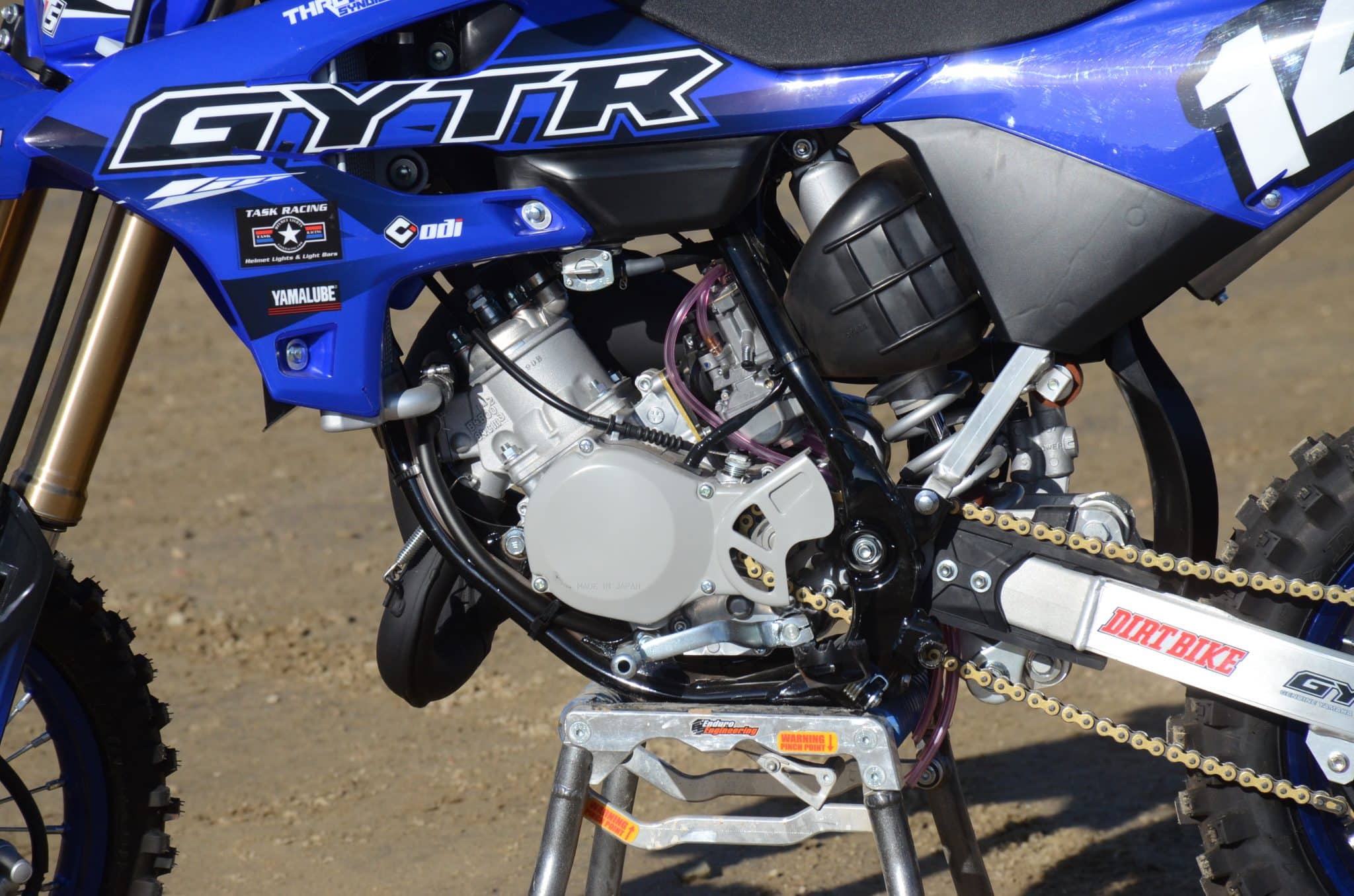 The engine on both bike was completely stock down to the jetting. We started out with a brand new bike to run the day portion of the 24 Hour event but raced the same bike in the 6/10 hour events and from about 7pm of the 24 hour only replacing one clutch during those races. 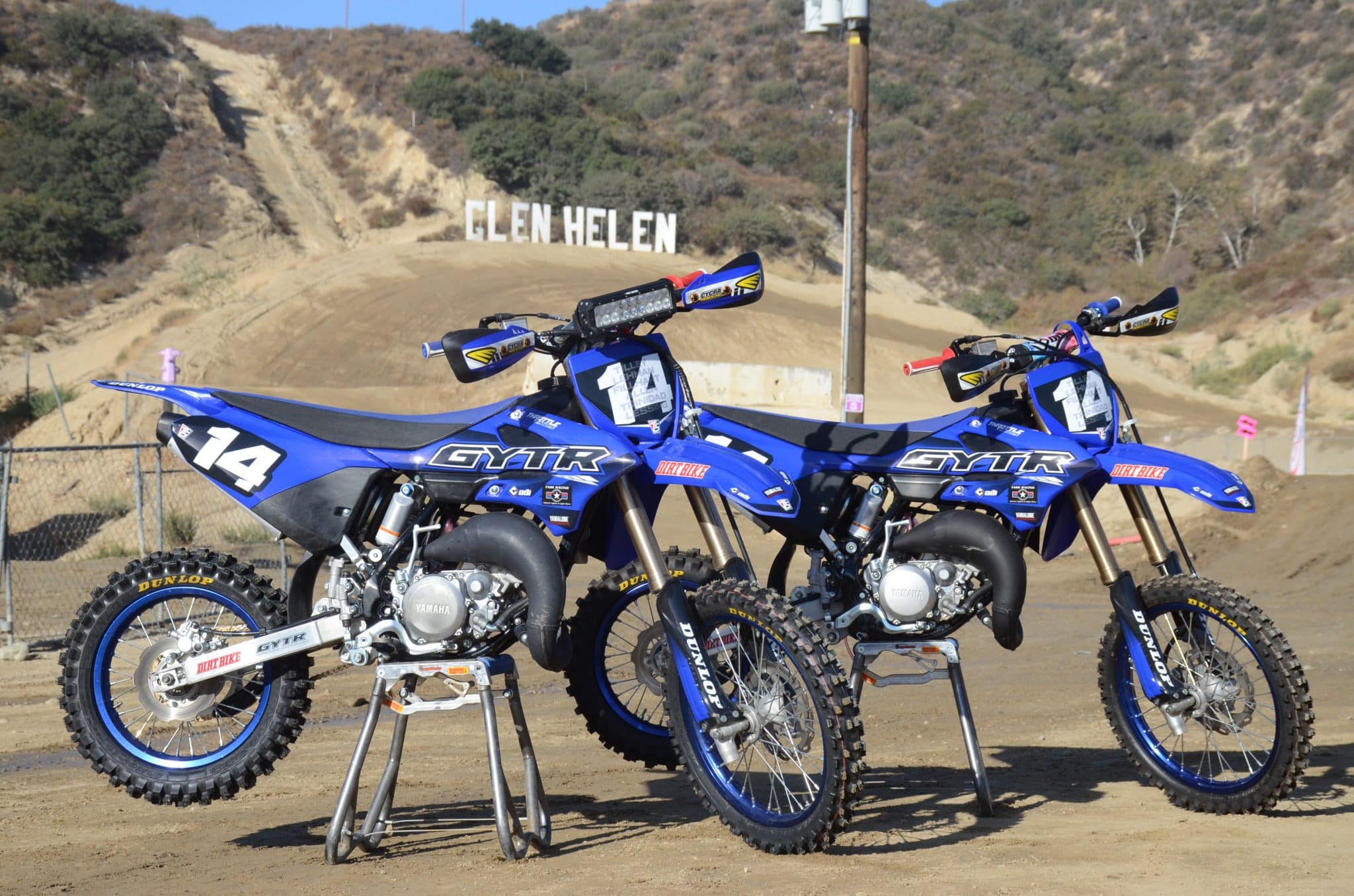 The Twins in all their glory right before the start of this years Glen Helen 24 Hour Endurance Race that had a record number of participants. Stay tuned for a complete story in an upcoming printed issue of Dirt Bike Magazine.