ISDE DAY 5: USA STRETCHES IT OUT 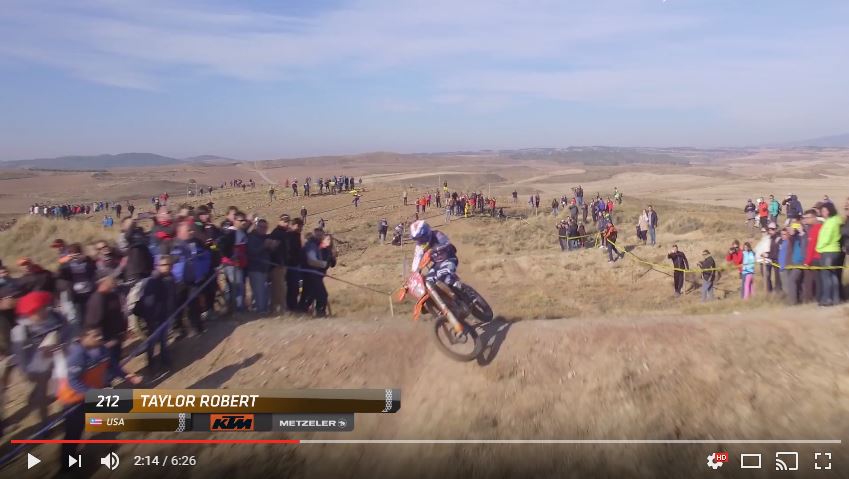 Day five of the 91st running of the FIM International Six Days Enduro (ISDE) in Navarra, Spain served up yet more drama as Italy’s hopes of challenging the USA for the World Trophy team win ended no sooner than the day had begun. Crashing heavily in the opening special test Manuel Monni – TM was forced to retire from the event with a broken right hand. Team USA now sit close to four minutes clear of second placed Great Britain. In the Junior World Trophy competition everything is still to play for as at the end of the penultimate day just twenty-six seconds separates class leaders Sweden from the USA.

Before the fifth day had even started there was a significant change in the results as Spain’s Ivan Cervantes – KTM was unable to take to the start following an injury he picked up on day four, dropping the host nation from fourth to fifteenth in the World Trophy competition. Soon after it was Italy who lost a rider, meaning the USA found themselves in the driving seat. Not needing to take any unnecessary risks the USA quartet – who ended day four less than one and a half minutes ahead – nevertheless claimed the day win ahead of Great Britain, who claimed their best result of the event to date. The Czech Republic posted the third fastest World Trophy team result on day five with Sweden fourth. The USA, Great Britain and the Czech Republic hold first through third in the overall World Trophy standings respectively, with the USA sitting almost four minutes ahead.

“This overall day win is for my friend Ivan Cervantes,” explained Josep Garcia. “It is disappointing for everyone in the Spanish team that Ivan isn’t able to finish what is his last ISDE, so my win is for him. He’s helped me so much and it is my way of saying thank you to him. I had a great day, it’s been an amazing week – so much better than I expected. I have a good lead in the Enduro 1 class but I am thirty seconds behind Taylor in the overall. I will push on the final day and I hope everything will be good for me.”

Focused on his individual Enduro 1 class result Josep finished comfortably ahead of his closest challenger, distancing himself from Great Britain’s Nathan Watson – KTM by thirty-eight seconds. Third went to Spain’s Victor Guerrero – KTM. Taylor Robert – KTM heads into the final day of competition all but assured of victory in the Enduro 2 category as he sits close to two and a half minutes ahead of his USA World trophy teammate Kailub Russell – KTM.

VINTAGE BIKES RIDE AT THE ISDE