ISDE DAY 4: CLOSER THAN EVER 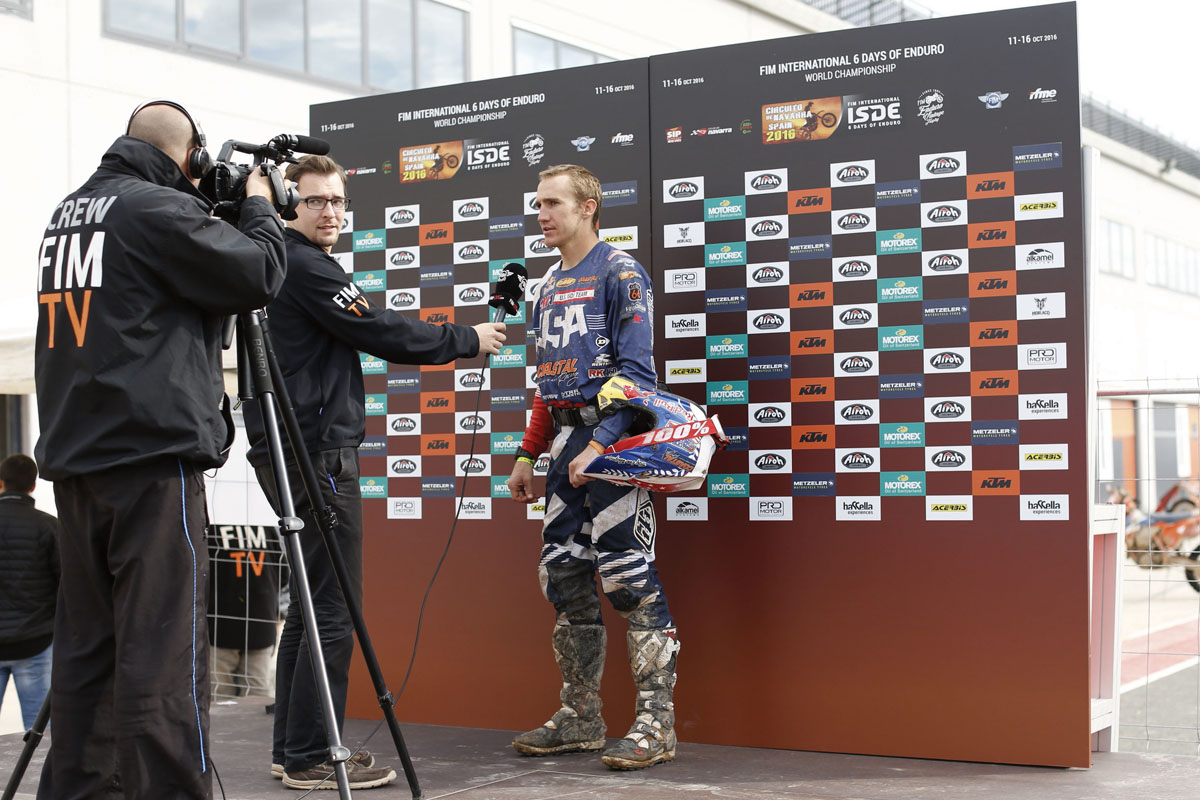 Day four of the 91st running of the FIM International Six Days Enduro (ISDE) in Navarra, Spain saw some of the closest competition of the event so far. Starting off wet following overnight rain and ending with clear skies and a return to dusty conditions, just fourteen seconds separated World Trophy team winners Italy from the USA who were runners-up on the day. Rider retirements in both the World Trophy and Junior World Trophy classes saw significant changes in the results with Portugal dropping from fifth to fourteenth in the World Trophy class and Great Britain from sixth to fourteenth in the Junior World Trophy contest.

Making the most of a sizeable mistake from team USA’s Taylor Robert – KTM on the day’s opening enduro test, Italy’s World Trophy team rose to the occasion to top the category at the end of another demanding day. With Italy’s four riders more than thirty seconds quicker than the USA’s quartet on the first test alone, a close battle was fought throughout the day with Italy eventually placing fourteen seconds ahead. Enjoying one of their best days of the event so far Great Britain placed third, just nine seconds behind the USA. Despite their day win Italy still remain second in the World Trophy team classification with the USA one minute and twenty-two seconds ahead. Great Britain hold third ahead of Spain and the Czech Republic.

“Today was a tough one,” explained Giacomo Redondi – Honda at the end of the day. “I don’t think I’ve ever ridden a special test as slippery as the first enduro test today – there was just no traction on the wet rocks. But it was a good day for me. To win the overall like I did on day one is great. It’s very close between myself and Sanders in the Enduro 3 class now and also between Italy and the USA in the Trophy team results.” 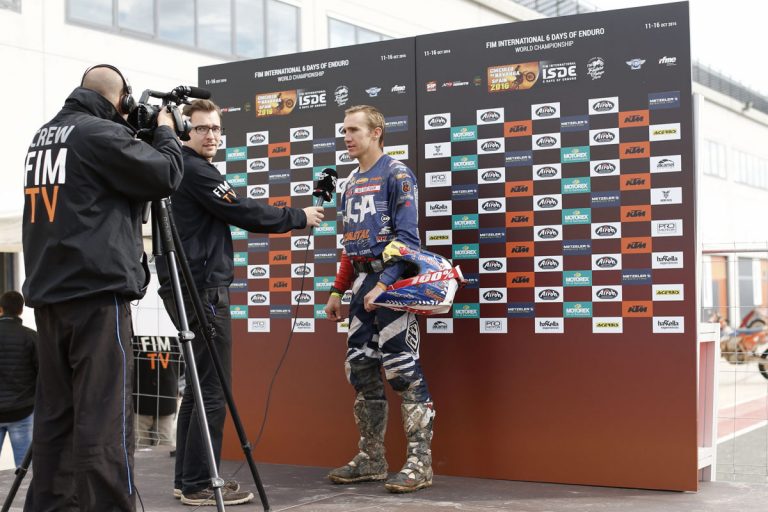 Sweden’s lead in the Junior World Trophy team competition was slashed from close to two minutes to just twenty-four seconds as the USA’s Trevor Bollinger – Honda, Steward Baylor – KTM and Grant Baylor – Yamaha claimed the day win in style. Finland placed second with Italy third and Sweden – the winning team on days one and three – down in fourth. With less than half a minute separating the top two teams in the Junior World Trophy competition after four days of intense competition, Italy currently sit third ahead of Finland. Great Britain were the unfortunate losers on day four with Lee Sealey – Yamaha failing to finish, dropping team GB from sixth to fourteenth.

Laia Sanz – KTM was the overall fastest Women’s rider on day four, helping Spain to finish second and hold the runner-up position in the Women’s World Trophy competition. But once again it was Australia who took the win, extending their lead at the top of the class after four days to three minutes over Spain and Germany.

Day four of the ISDE also saw the start of the first ever FIM Enduro Vintage Trophy, with the acceleration test getting the action underway in this new competition.